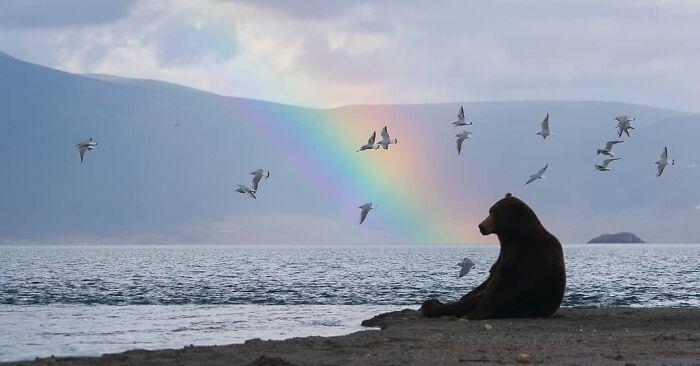 I dare say, bears are some of the most majestic animals out there, right among foxes, wolves, and unicorns. If lions are considered kings of the jungle, bears have to be kings of the forests.

But when they’re not busy looking for food or sleeping, they’re definitely dedicating some time to derp around, whether alone or with other fellow bears.

Bored Panda has rifled through the internet to find the most adorable, hilarious or just random pictures of bears taking a break from nature and doing whatever it is that they are doing in those pictures.

You’ll find these pictures in the curated list below, and while you’re down there, why not vote and comment on the ones you enjoyed the most, read up on bears, and share your thoughts in the comment section! 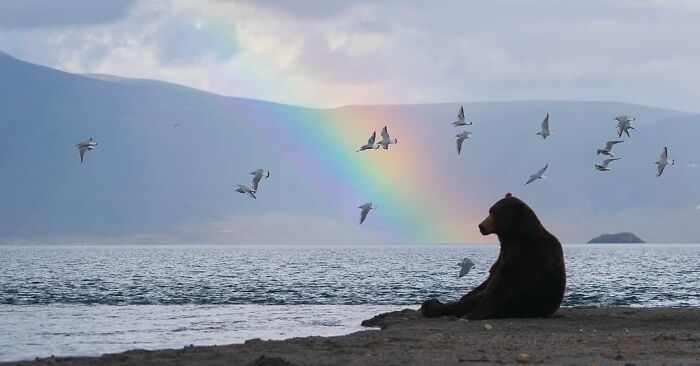 #2 So We Got Married At The Zoo, And This Bear Had An Interesting First Look Reaction 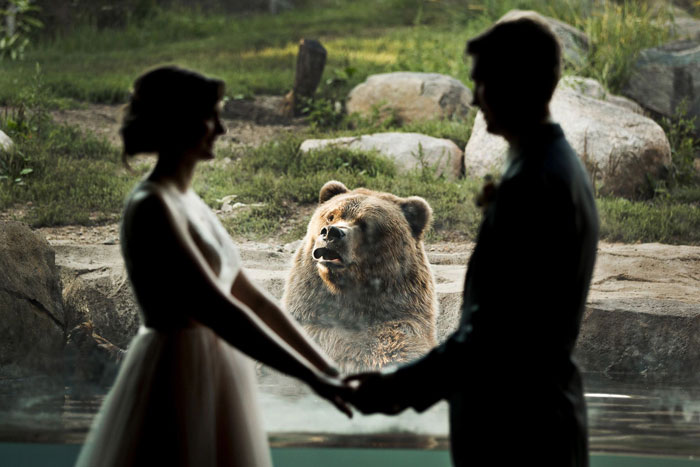 #3 Bear Was Relaxing On Thrown Away Chair In A Very Human Position. He Had One Leg Casually Crossed Over The Other And Was Resting One Arm On The Armrest 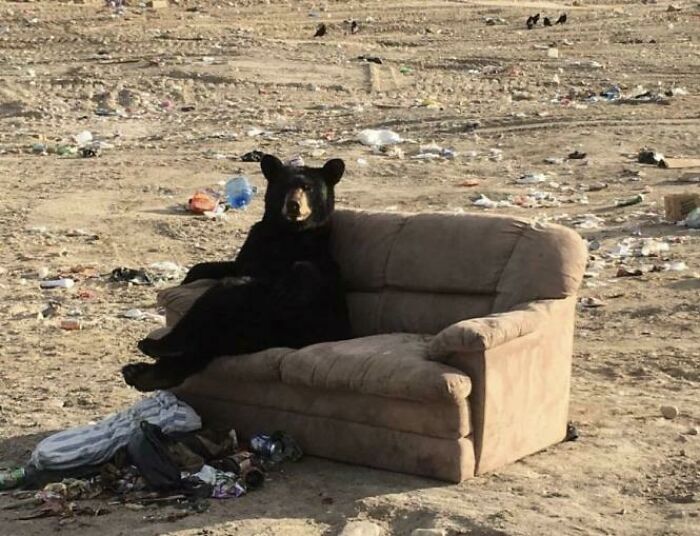 So, according to National Geographic, there are 8 species of bears, including brown, black, polar bears, and giant pandas and, fun fact, excluding koalas as they are not actually bears, but marsupials. The more you know!

Anywho, depending on things like age, species and whatnot, bears can weigh anywhere between 60 and 1,000 pounds (27 to 450 kilograms), and can live up to 25 years in the wild, or 50 years in captivity. 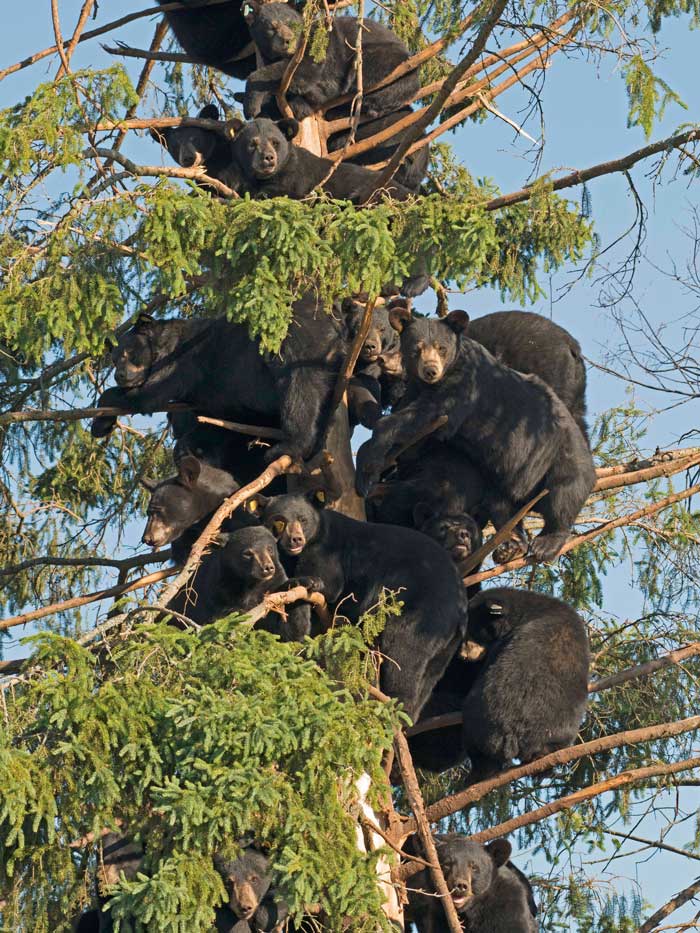 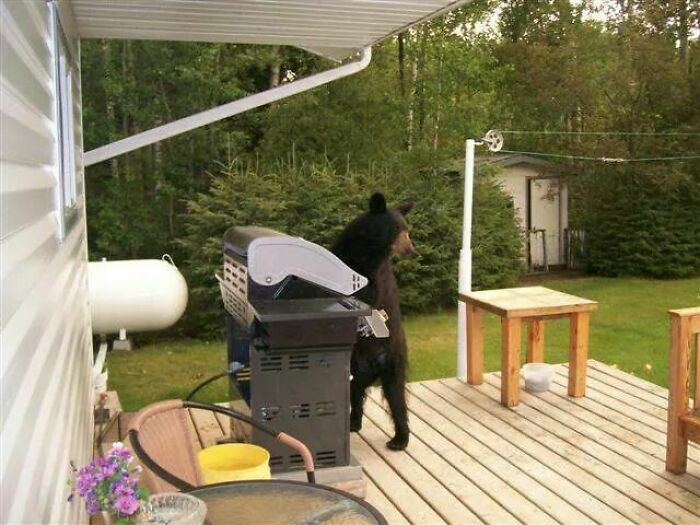 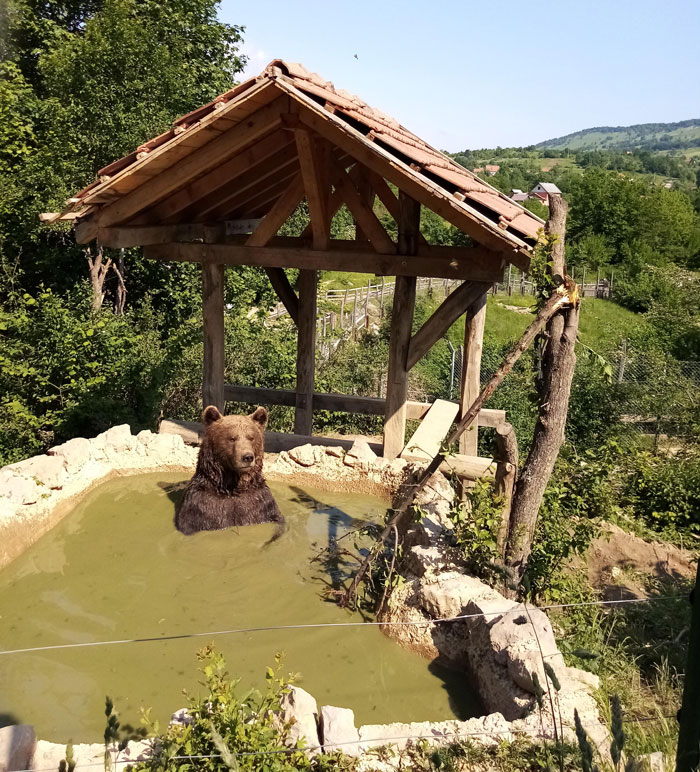 #7 Someone’s Had A Beary Rough Day 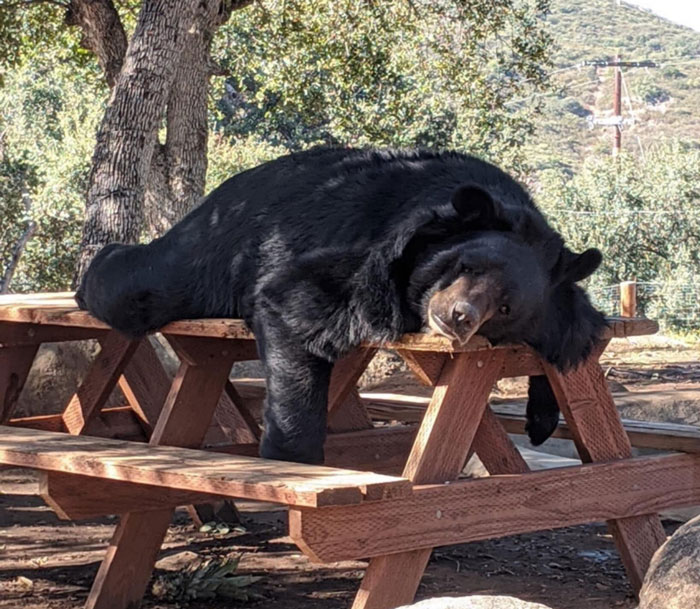 Pop culture has made it look like bears love honey. Well, they do, but each species prefers its own diet. Besides, a polar bear is probably not as likely to find honey as some other bears would, hence they prefer seals. Regardless, bears are considered omnivores and will eat practically anything they can get their hands on.

Pop culture has also made it look like bears are vicious marauders that would kill for some human flesh—as seen on some magazine covers. Contrary to popular belief, they don’t actually draw back their lips in anger like some other animals do. 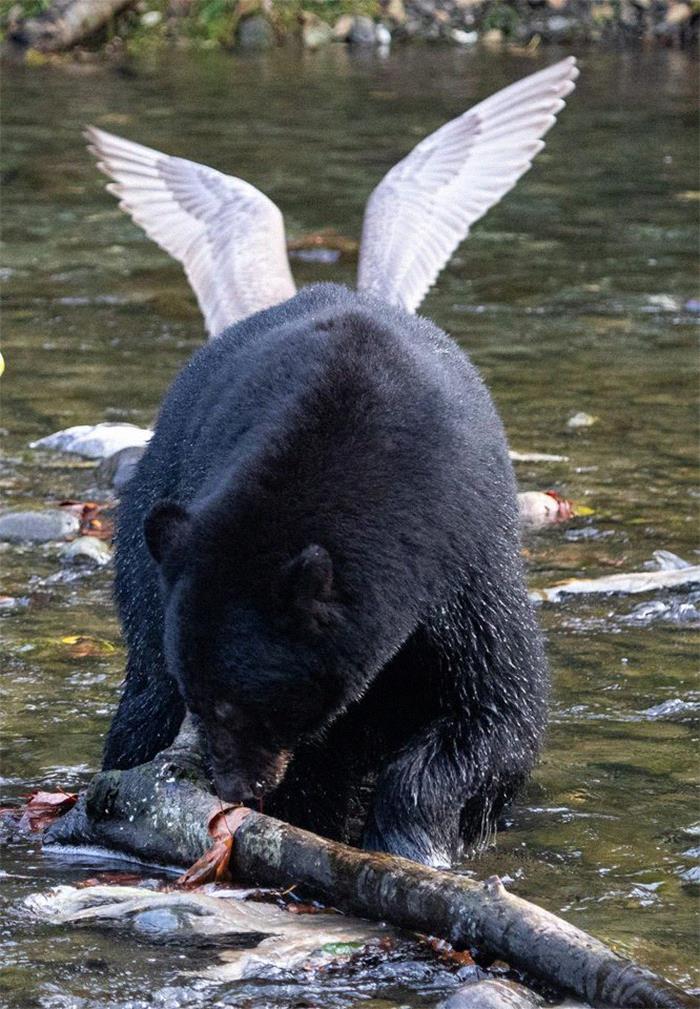 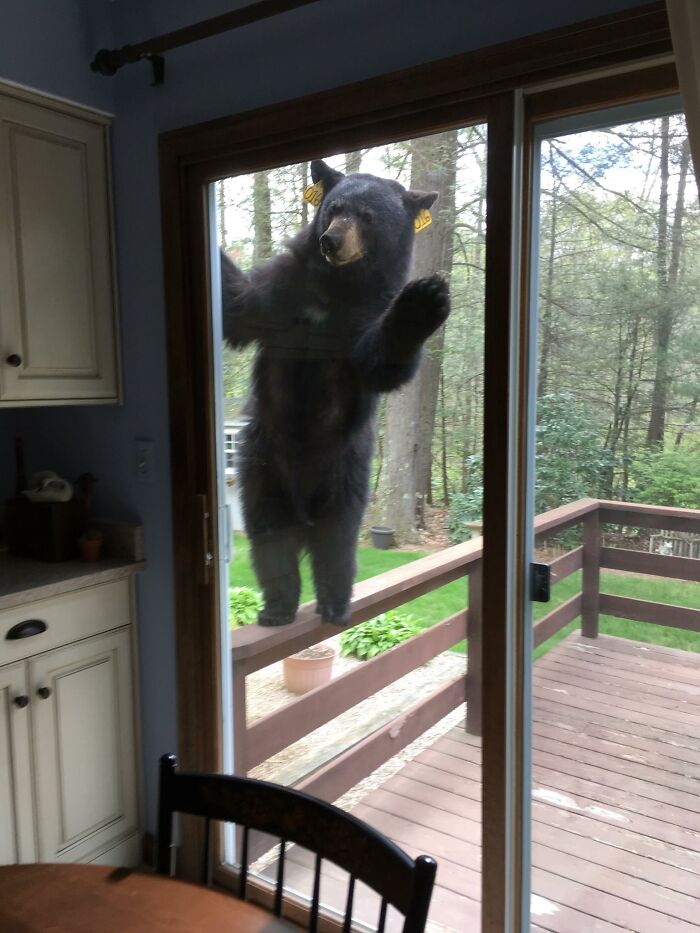 #10 Friends On The Other Side Of The Tank 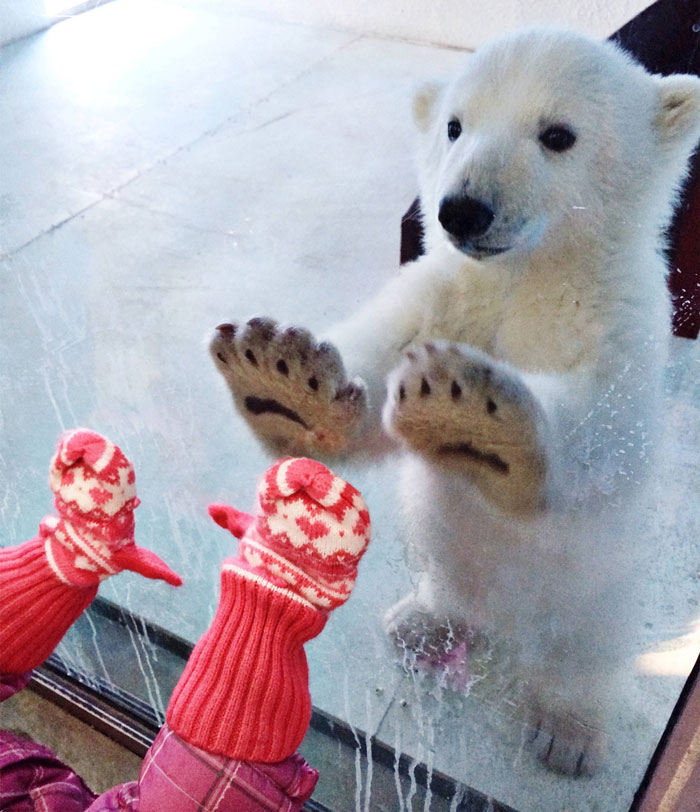 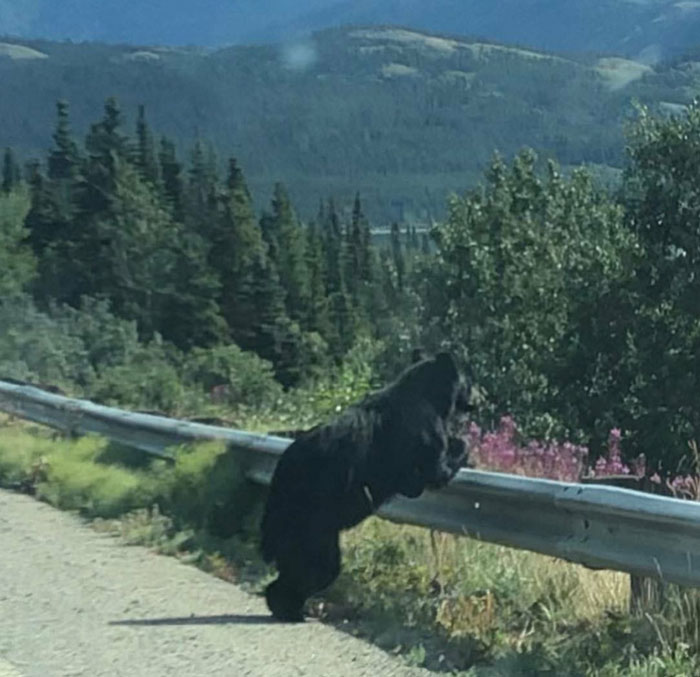 #12 Just Some Black Bears Eating Some Apples In The Woods

Bear.ORG explains that hunters, researchers, and rural homeowners who have actually met their fair share of bears say otherwise. Bears will more often than not run away and climb up a tree where it’s safe rather than show aggression, and if a bear is seriously uneasy with someone, they’ll actually make their muzzle long and narrow.

But don’t assume a bear won’t attack. They can still do that if it feels like their food, cubs, or space are being threatened, or if a bear is very hungry, and you’re an easy solution to this need. So be cautious!

#13 I Had This Strange Feeling I Was Being Watched 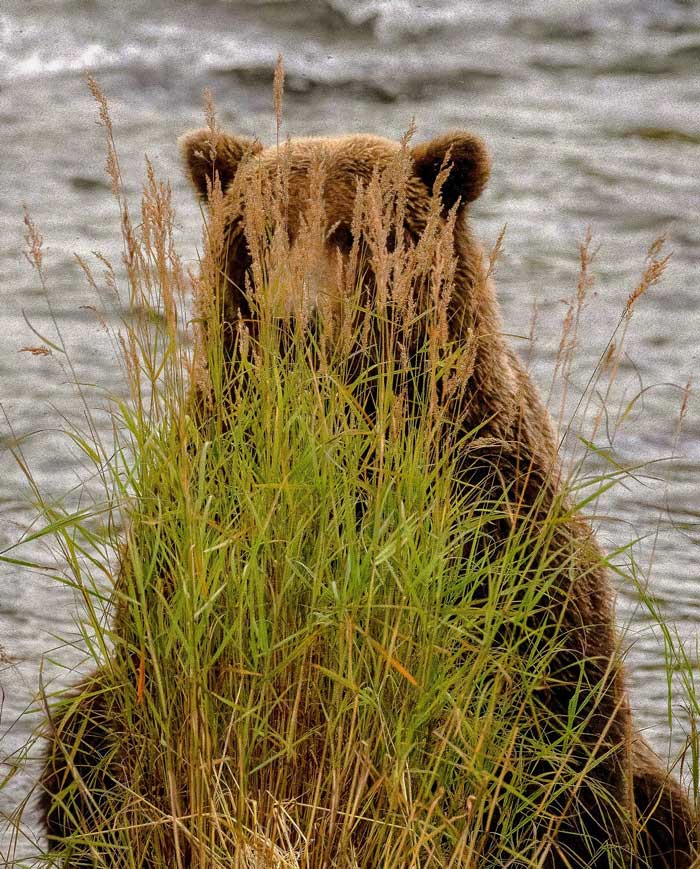 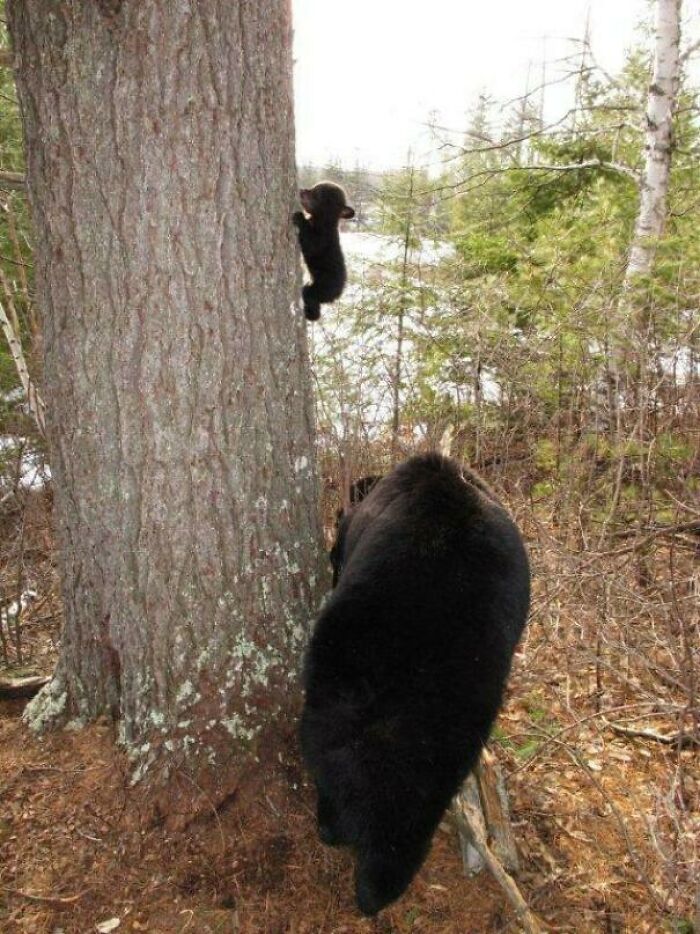 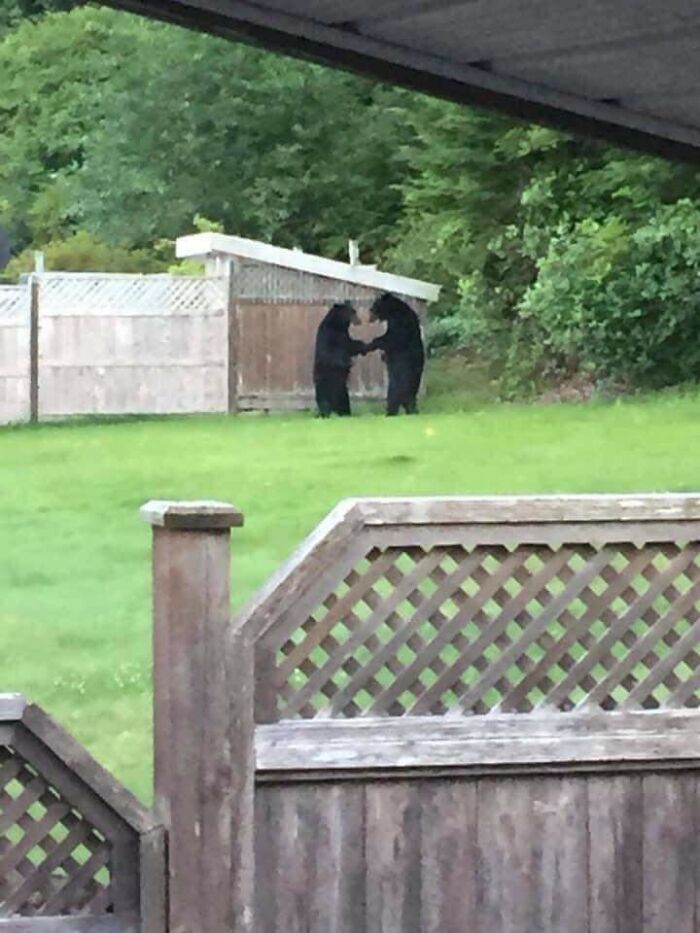 #16 Even Bears Need To Relax Sometimes 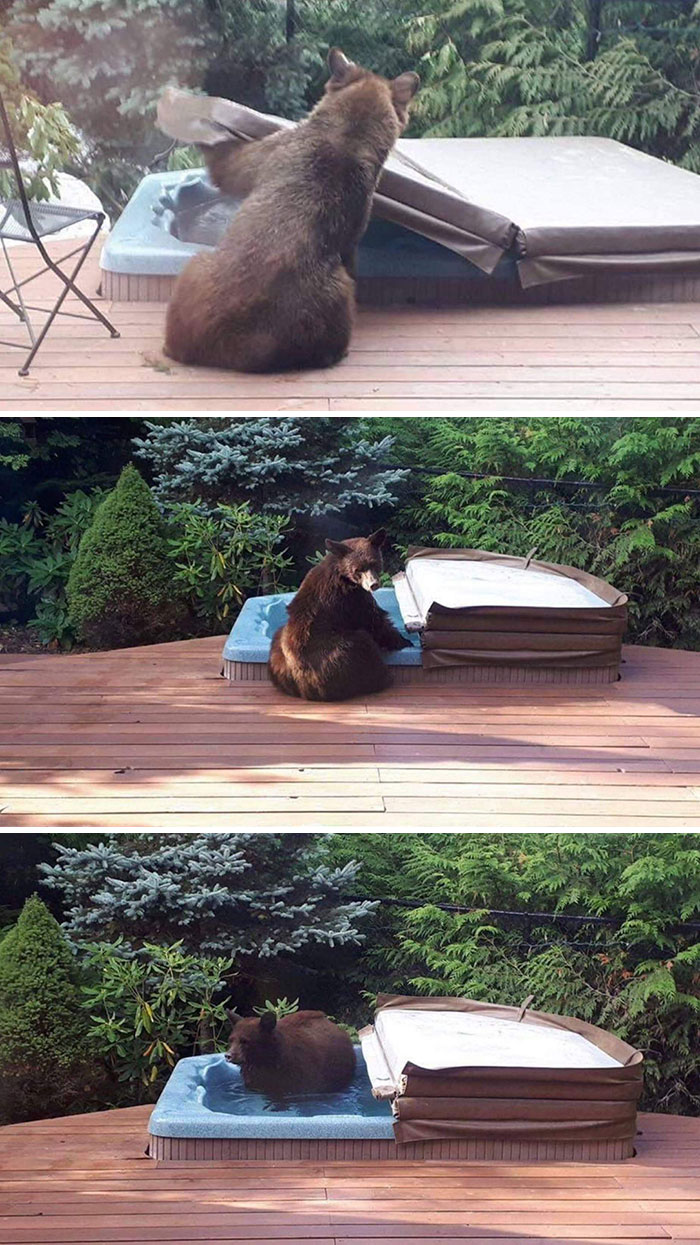 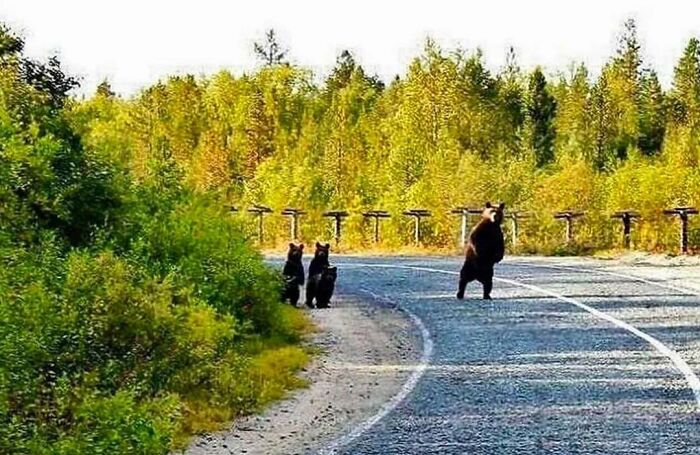 Unfortunately, like many other species of animals, bears are also in danger. The biggest threats here are loss of habitat (though logging, agriculture, and growing human populations), and some species, like the sun bear, also face poaching and illegal wildlife trade.

This is all besides climate change, which greatly affects polar bears. It is said that there are around 22,000 to 31,000 polar bears left on the planet, making them a vulnerable species. 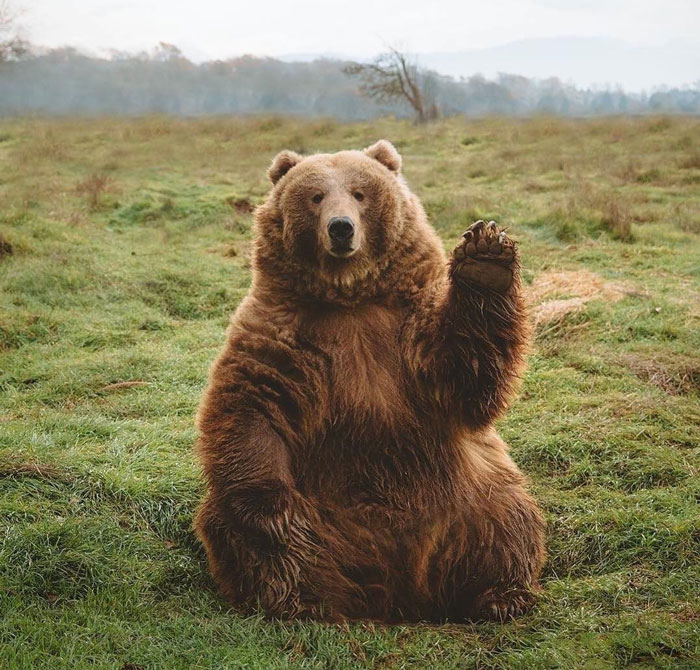 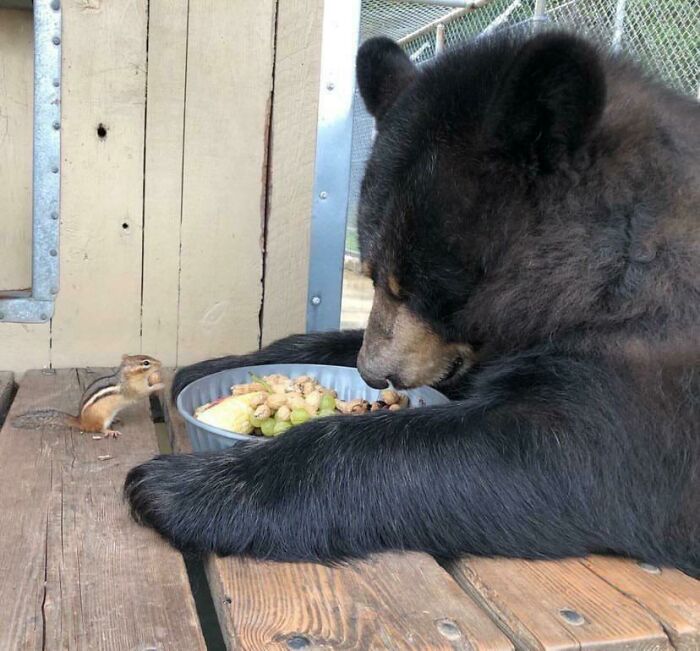 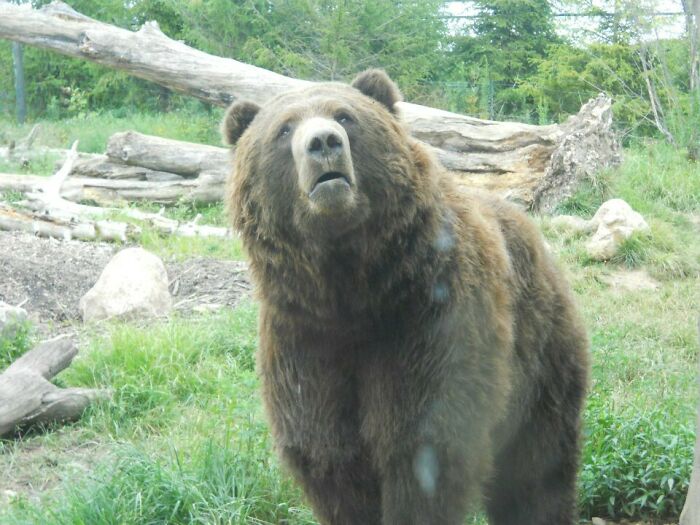 #21 Excuse Me Sir, Do You Have A Moment To Talk About Our Lord And Savior Jesus Christ? 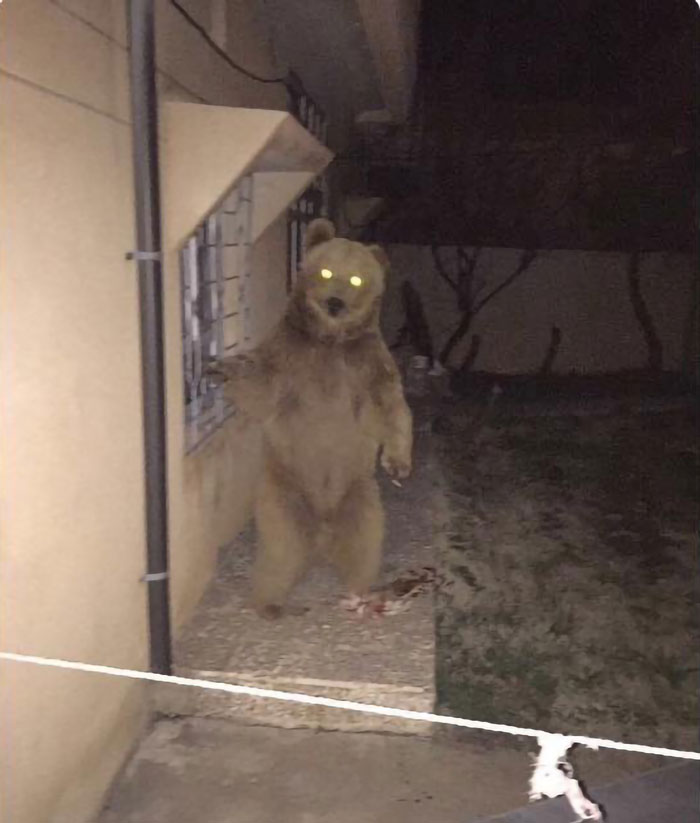 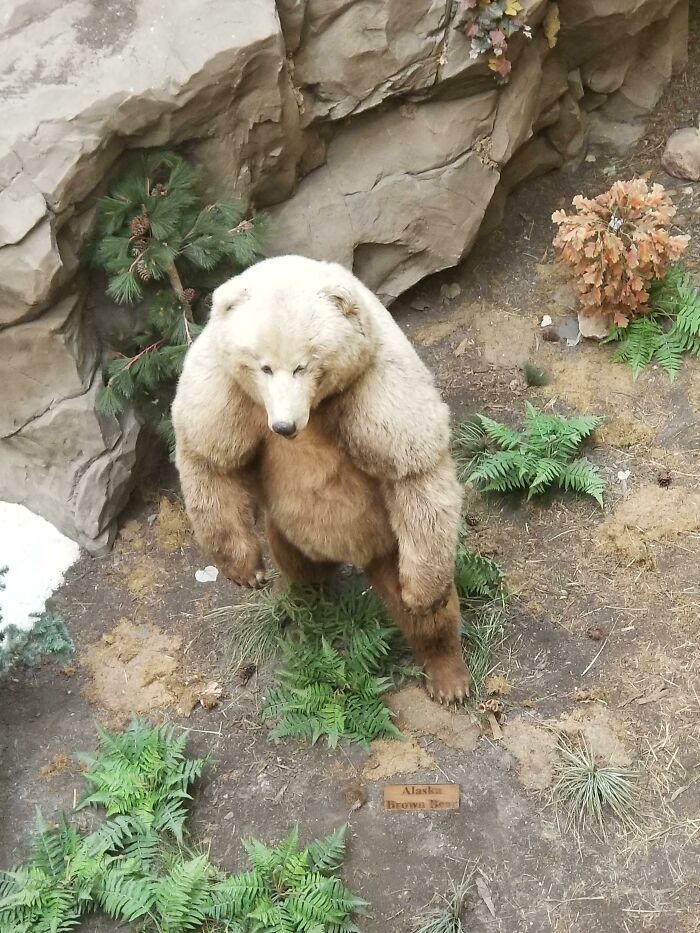 #23 A Massive Brown Bear With Her Cub 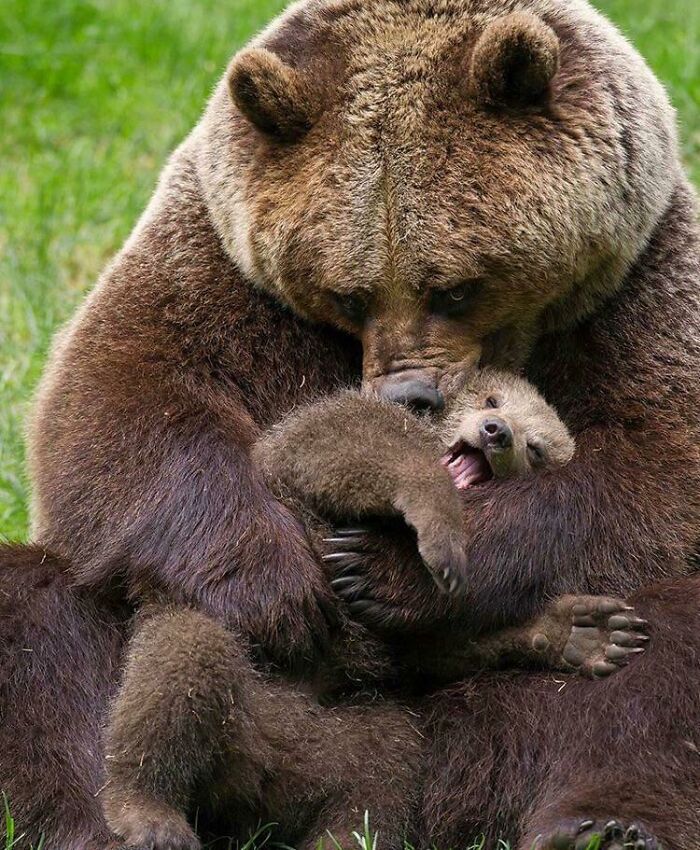 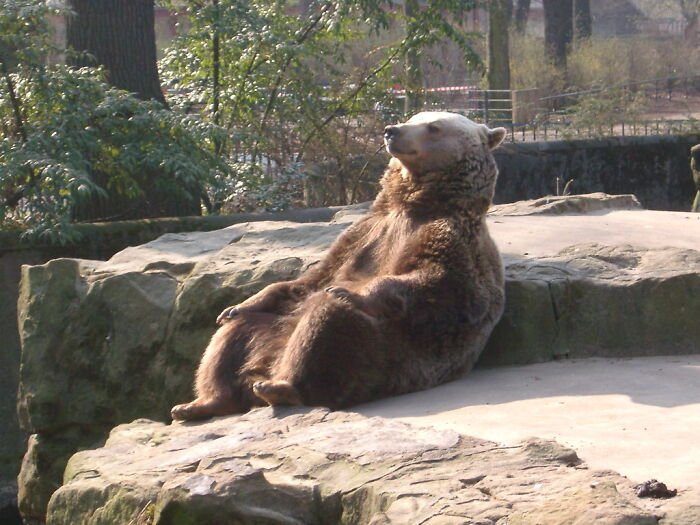 #25 This Bear Chilling In A Tree, Picture Taken Today By Myself 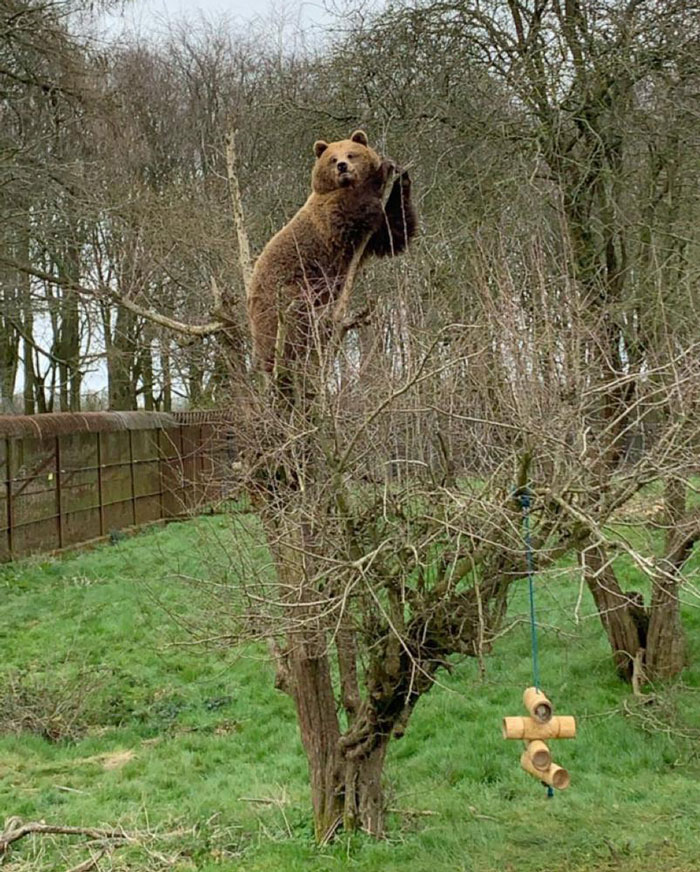 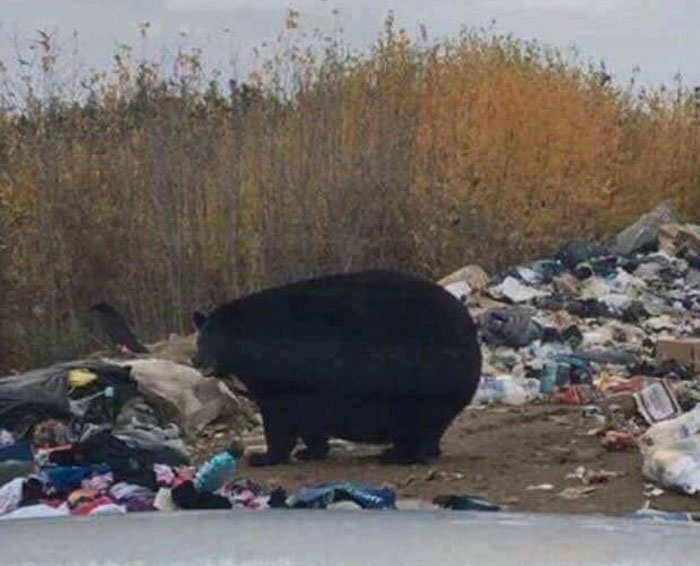 #27 Sad Bear Popped A Hole In My Friend’s Pool 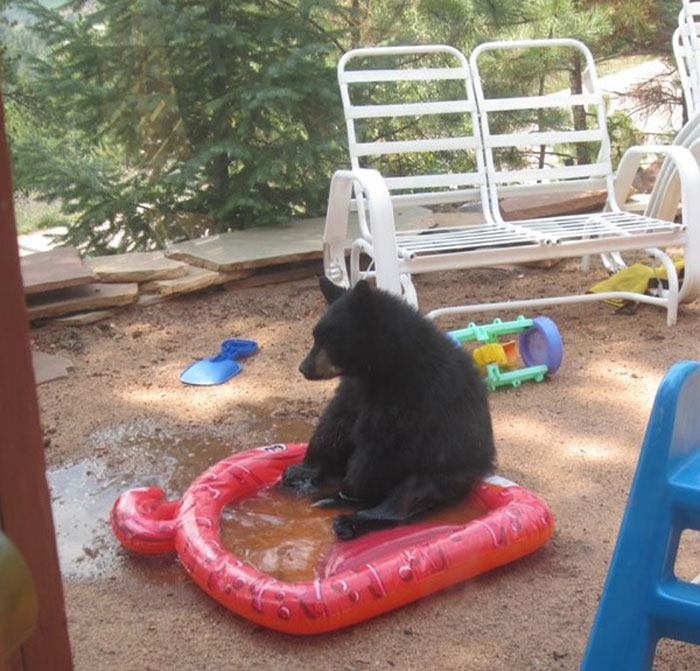 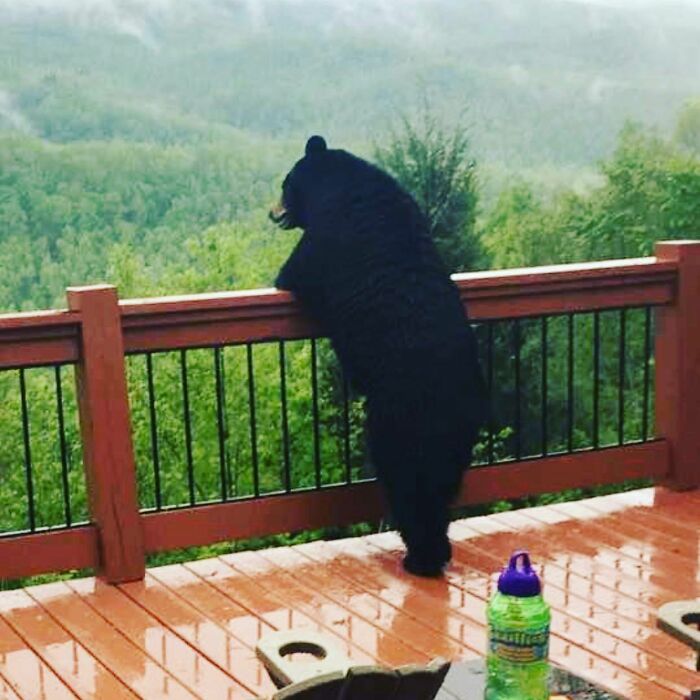 #29 Bears Use Crosswalks Of Course 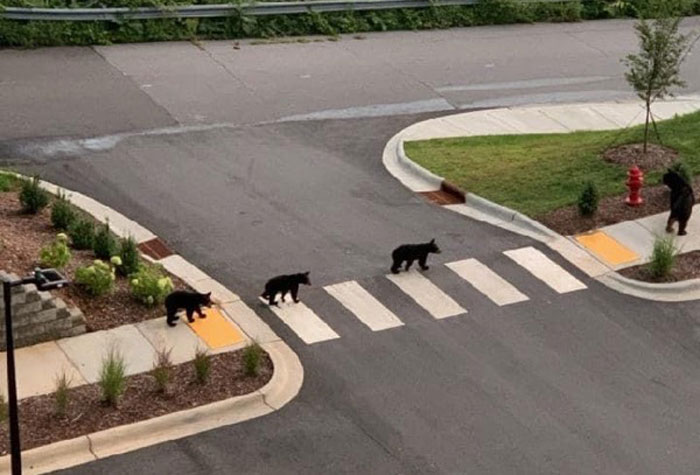 #30 Playing On The Trampoline 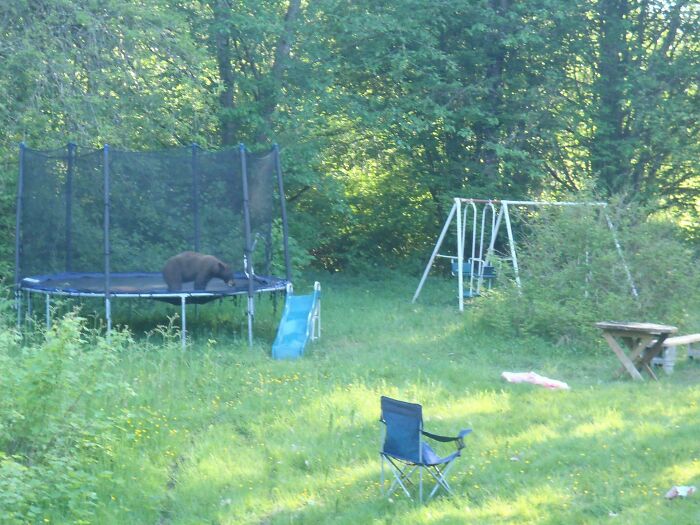