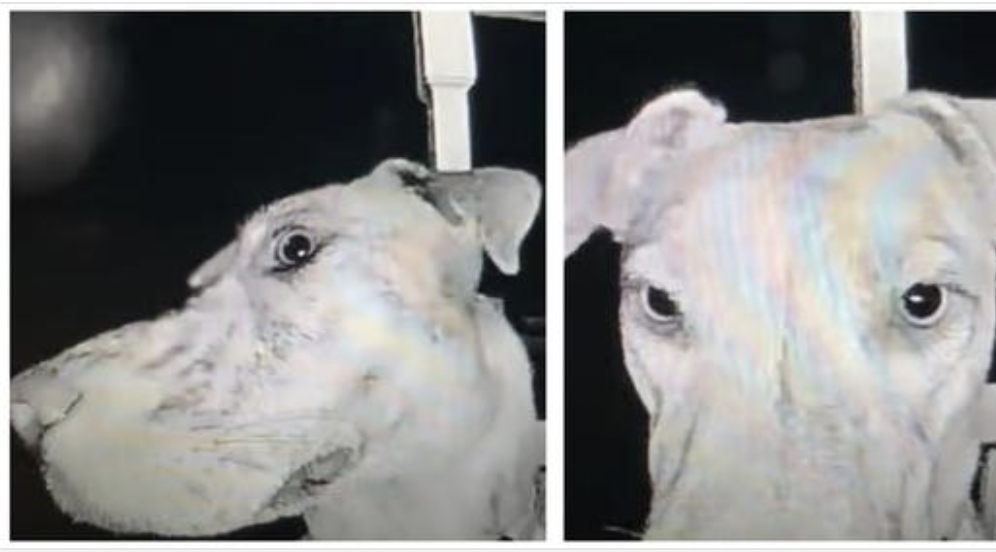 -Advertisment-
Rajah’s owners were in for quite the fright when they awoke to someone ringing their doorbell in the middle of the night.

We should never underestimate a dog’s observation skills or its ability to make us laugh.

This is the case for one pooch in particular from upstate New York. The inquisitive and resourceful 18-year-old rescue puppy named Rajah had her owners experiencing a whirlwind of emotions this July 4th when she ran off in the night. The fireworks had sent the poor girl running.

Rajah’s owners, Mary Lynn Whitacre and Ryan Washick of Simpsonville lost sight of Rajah after a neighbor’s fireworks sent her running around 5 p.m. that evening. Rajah had jumped the backyard fence and was nowhere in sight. In the hours after her escape, Mary Lynn and Ryan drove around for hours looking for Rajah.

She had run off in the past but always came back within 5 or 10 minutes. Ryan and Mary Lynn also posted on social media about their missing dog but unfortunately had no solid leads. However, not long after their return home, something really extraordinary happened. Ryan and Mary Lynn’s Ring doorbell was about to put on a show. Rajah was ready to make her comeback in a big way.

At 2:30 a.m. Ryan heard a scratch at the front door. There was also someone ringing their Ring doorbell. To their surprise it was Rajah! She had been missing for over 10 hours but was now back and ringing the doorbell to get back inside.

Ryan and Mary Lynn could not believe their eyes when they saw the Ring Cam video of Rajah at the door. She seemed to stare right into the camera as if to say, “I’m home, let me in please.” Ryan and Mary Lynn couldn’t contain their laughter when they saw Rajah’s face on the Ring Doorbell Cam. She apparently had her fill of galavanting all over town and was ready to hit the hay. She was even using her nose to ring the doorbell to let them know she was there.

In the video, Rajah is seen pushing the Ring doorbell with her snout and then looking into the camera as if to see if she was heard. There seems to be a hilarious pause between doorbell rings as if she is waiting for an answer. They always knew Rajah was special but her antics that night made Ryan and Mary Lynn smile with complete admiration for their puppy dog.

Even though they were worried when she left the yard, the family was just happy that she was back safe and sound…even though she was covered in mud. When he finally opened the door, Ryan saw Rajah waiting to come inside after her big adventure.

“Apparently she got over the noise of the fireworks and decided to have a little adventure. But she made it back! And apparently learned to ring the doorbell in the process! She’s a pretty smart gal,” said Mary Lynn.