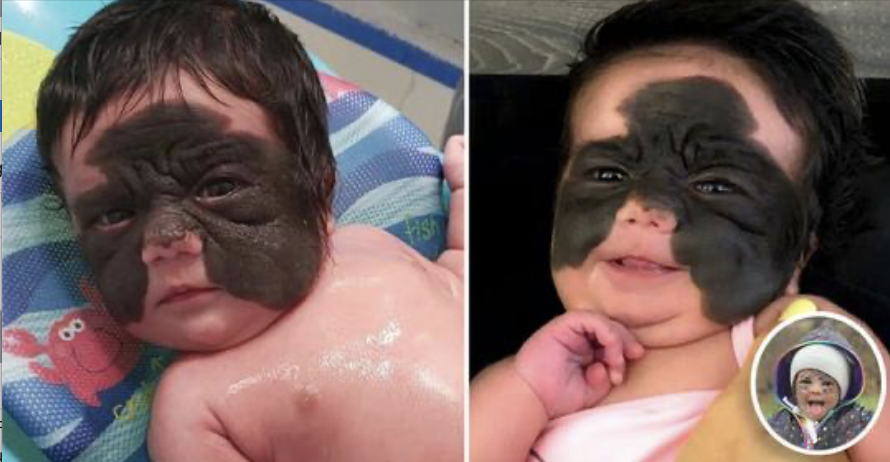 Having a child is what most couples dream of, and the only think they wish for is for their bundle of joy to be born healthy.

Carol Fenner and her husband were no exception. None of the ultrasounds Carol had during her pregnancy showed any signs of abnormality with the baby, and yet, when sweet Luna Tavares-Fenne was welcomed into the world, her parents were in a state of shock. Luna’s face was covered in a huge birthmark which resembled Batman’s mask.

“I’m used to it now, but then I was just shocked,” Carol told WPLG in 2019. The parents were extremely concerned for their daughter’s well-being. During the fist week of Luna’s life, they had no idea how serious her condition was because doctors were still running a bunch of tests. It was determined that Luna was born with a very rare skin condition called congenital melanocytic nevus which imposed danger to the girl in the future because it increased the risk of skin cancer.

The family was advised to get Luna the much needed treatment which included a number of surgeries, at least six. The problem was that each of those surgeries cost $40,000, money the family didn’t have.

Carol and her husband, who live in Florida, took Luna to various doctors in New York, Boston, Chicago. They truly wanted Luna to get those surgeries before she starts school in order to avoid being teased because of her looks.

Carol never tried hiding her daughter from the world. On the contrary, she posted a number of photos of Luna on Instagram in order to raise awareness of her condition. This decision turned out to be the best one she could ever make because Luna’s Instagram profile caught the attention of surgeon-oncologist Dr. Pavel Borisovich Popov from Russia. He offered a surgery which wasn’t available in the United States, and Carol decided to meet him in person. 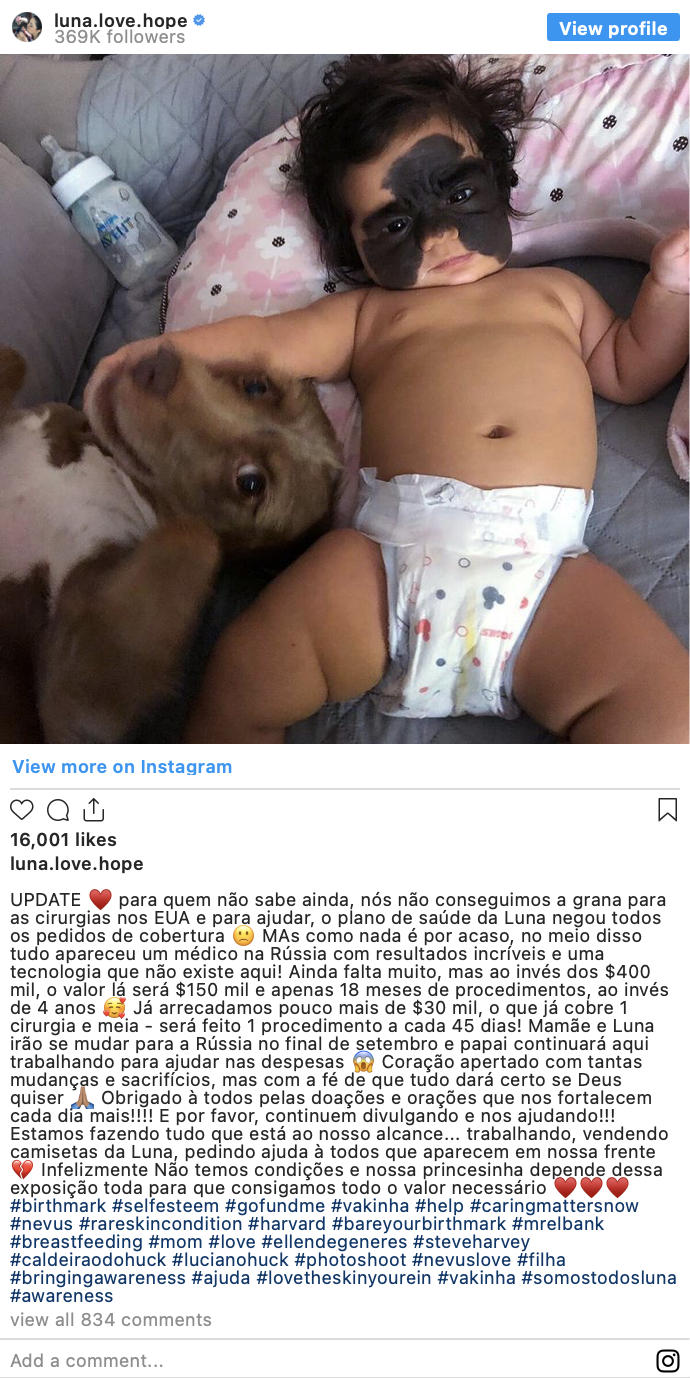 The surgery cost $70,000, money raised with the help of kindhearted people from all over the country.

“Everybody thinks I’m crazy to go to Russia, but I have done a lot of research and gained advice from several doctors and I really think that this is the best option for Luna right now,” Carol told SWNS in 2019.

During the last two years, the family went to Russia numerous times, and despite the ongoing pandemic, they made sure they traveled to Krasnodar each time they were told to. 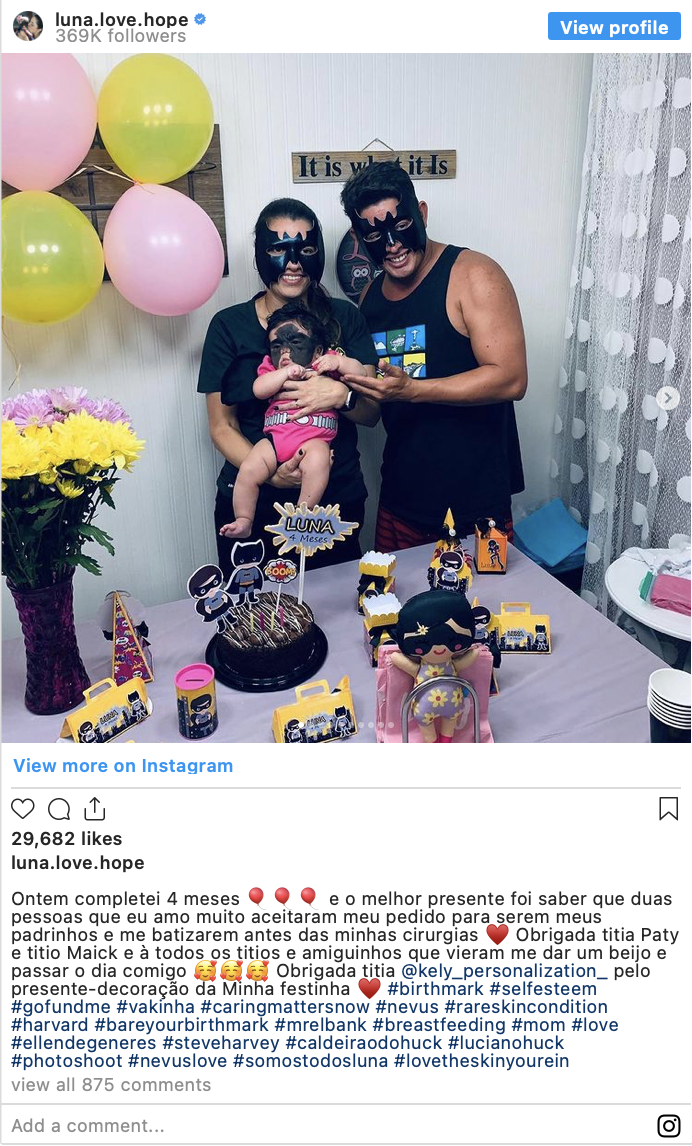 Dr. Popov spoke of Luna’s recovery and told East2West News, ”We only had six operations to remove the nevus and have succeeded in making it disappear. Luna has already started speaking and she says herself: ‘My black spot has gone. I am a princess.’”

So far, the medical part is done. “We are letting Luna rest from the treatment she has undergone and then we will undertake the aesthetic surgeries. Later we aim to make sure Luna will not have any complexes when she comes to the age where she is concerned about her appearance,” Dr. Popov explained.

Until today, Luna underwent a number of surgeries, and a couple of days ago, Carol shared a photo of her daughter after all those procedures. The girl is very happy, as well as her parents.

“I don’t regret at all having the treatment here. Luna doesn’t feel the pain. She dances a few hours after the surgery,” Carol said, according to The Daily Mail.

Recently, Luna traveled to Brazil to spend Christmas with her mom’s family, as Carol is originally from there.

After Christmas, Luna would need to go to Russia again, to receive more treatments.

We are so happy everything is going to the right direction for this lovely family. As for Luna, she looks very beautiful and is satisfied with the progress.