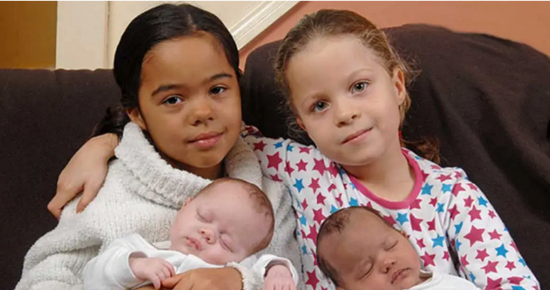 It’s amazing to see the Durrant family as a whole; they are a remarkable family of six who have overcome some fairly incredible obstacles.
When Dean Durrant and Alison Spooner had their first set of twins in 2001, everyone was immediately entranced.

Hampshire, England-born twin sisters Hayleigh and Lauren Durrant, who have different skin tones, were born in 2001. While the black twin resembled their father, the white twin was more like their mother. 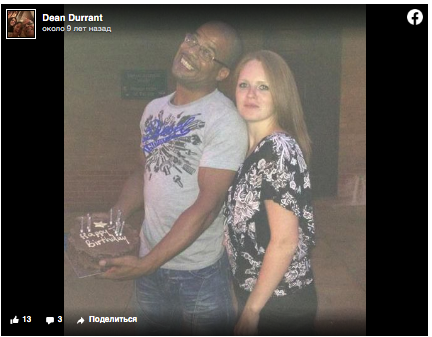 When Alison and Dean first found out they were having twins, they assumed the kids would be just like them. However, after Laura and Hayleigh were born in 2001, Alison’s parents got a surprise.

Laura had received her mother’s light skin, blue eyes, and red hair, unlike her twin sister who mostly resembled her father.

Of course, Alison and Dean’s family and friends were in disbelief. Although the event is incredibly rare, it does occasionally happen. 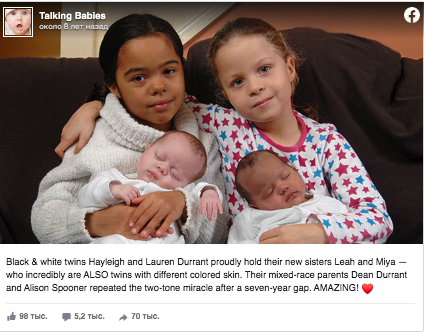 Growing up wasn’t always easy as their parents had to field questions about how this could have happened and comments of disbelief, and then the girls would face questions from their friends at school.

On the twins’ 18th birthday in 2019, Hayleigh, who has dark skin and hair like her dad Dean, spoke exclusively saying they weren’t always accepted. 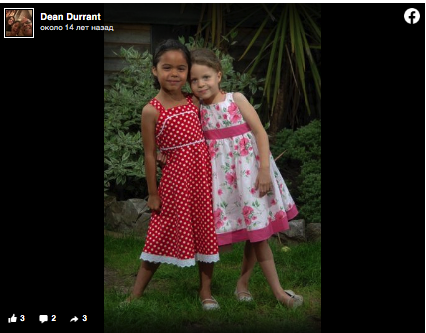 “Some people can be really rude. They’ll say, ‘You’re lying, you aren’t twins – prove it!’ So we’ll reel off the same address or pull our passports out. It’s nice to see the shock on people’s faces.

“When we went to college it was difficult because there were lots of groups of Asian, white and black kids. The black group were trying to integrate me and I was like, ‘This is my white twin sister.’ No one could believe it. People look at us like it’s some kind of miracle. I’m still amazed that we are twins.” 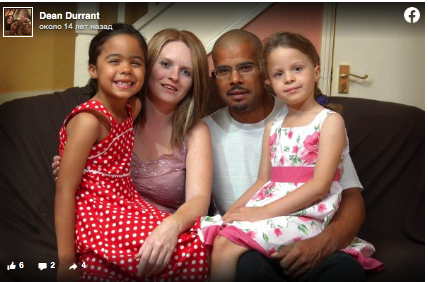 “I’m happy with that because she is my best friend.”

For a biracial couple expecting twins, there is about a 1 in 500 chance those twins will have different skin colors, according to the BBC. 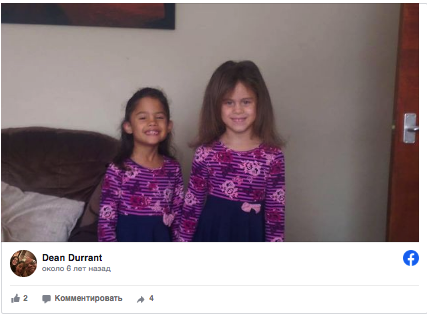 After only seven years, Alison discovered she was expecting twins once more! When Laura and Hayleigh aged 7, their mother gave birth to another set of identical twin sisters, and the family once more made headlines.

This time, when the babies were discovered to be in the breech position, Alison was induced at 37 weeks. Due to breathing issues, the newborns had to be sent to intensive care right away, depriving Alison and Dean of the opportunity to spend quality time with them.

But when they could finally see their newborns, they saw that they had overcome yet another set of challenges—they had another set of miraculous mixed twins!

In addition to having distinct skin tones, the daughters, Leah and Miya, made their family the only one in the world to have two sets of multiracial twins. The family of records quickly made it to the Guinness World Records.

“To have two eggs fertilized and come out different colors less common so to have it happen twice must be one in millions,” she added.

“I’m almost blown away as the rest of them, there’s no easy way to explain it all,” proud dad Dean told CBS News. “I’m still in shock myself even though the first ones were 7 years ago, it’s amazing.

Leah and Miya are helped by their two older sisters who have been able to guide them through the challenges. “The younger ones idolise the older ones and are always copying them. It’s like having two Mini-Mes,” said their father.

“They are best friends and close in every way, apart from looking different. It took me some years to understand the science of how they could appear so different,” their mom added. 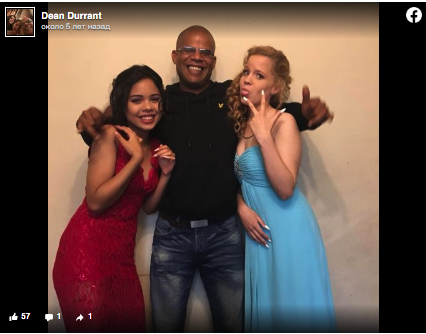 Leah shared: “Lauren and Hayleigh are my heroes. I like my older sisters. We want to be like them when we are grown-up.”

The girls realize they are lucky to have each other and, despite their physical differences, said that they are similar in many ways.

Hayleigh explained: “We say the same things at the same time and finish each other’s sentences.Sometimes I know exactly what she is thinking.”

The world works in mysterious ways, but one thing’s for sure: Alison and Dean are lucky to have been blessed in such a way.

Such a strikingly beautiful family that could teach us all a thing or two about celebrating our differences. Please share.