A man claiming to be King Charles’s illegitimate son shares his farewell letter to the Queen. 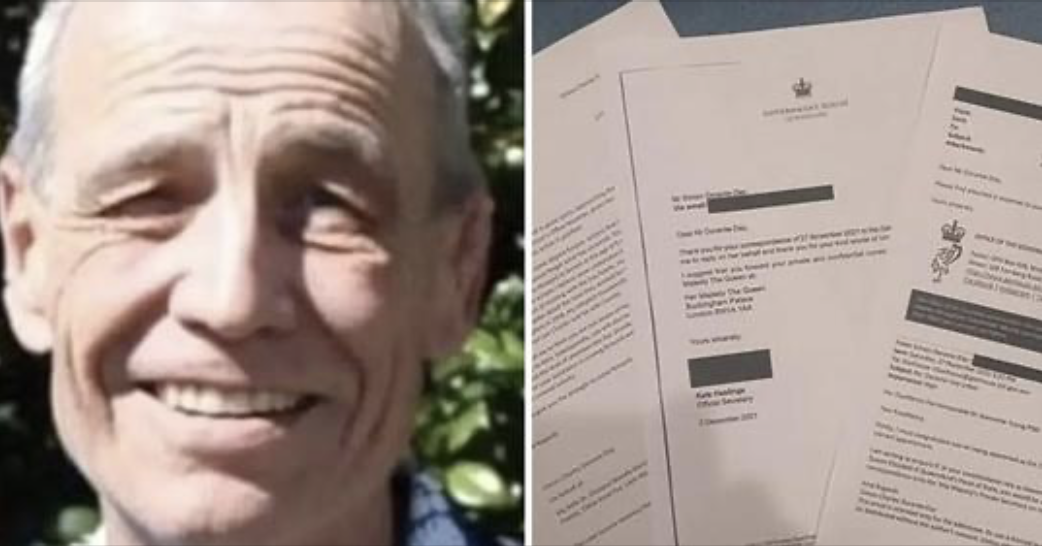 The British Royal Family is shrouded in a lot of mystery.

To be honest, the smoke-and-mirrors mystique feels more like a well-executed strategy to protect their best interests at this point. Nobody really is aware of what daily life is like for royals behind the scenes, which is to their great benefit.

The notion that the royals are ‘other-worldly, celestial creatures’ is not new. People lived and died centuries ago with the conviction that God had appointed their King or Queen to rule them. Some people thought that the current king was nearly like a deity.

Even if we now know better, it would be false to say that there isn’t still some peculiar attraction with the royal family.

That is why their every action is monitored. They are unable to even imagine leading lives of great anonymity like the rest of us because of this. They are therefore born into extraordinary wealth and position, which may be both a blessing and a misfortune.

Ahead of Her Majesty The Queen’s State Funeral, a new photograph has been released.

The photo was taken to mark Her Majesty’s Platinum Jubilee – the first British Monarch to reach this milestone.

Tomorrow, millions will come together to commemorate her remarkable life. pic.twitter.com/UyVfjVvJgw

These theories vary from amazing to bizarre to absolutely ridiculous. Some sources claim that the British monarchy is actually a race of lizards that rules the planet and dresses in the skins of men and women to blend in.

Others aren’t quite as… bizarre.

If you’re a fan of the royal family, you may have heard of one specific myth that an Australian guy who claimed to be the real-born son of the current King Charles.

According to sources, Queenslander Simon Dorante-Day has long tried to convince people that he is Prince Charles’ son and, thus, a sort of half-brother to Prince William and Harry. He has even asserted that he had proof for it and made several attempts to get in touch with the Royal Family.

So it seems to reason that his grief over the passing of his “grandmother,” Queen Elizabeth, was profound. In fact, he made the decision to publish the final letter he ever sent to her.

A 56-year-old Australian guy named Simon Dorante-Day has been making tabloid news for years by saying he is the illegitimate child of King Charles and his wife Camilla.

Simon was adopted by Karen and David Day after being born on April 5, 1966, in Gosport, Portsmouth. Winifred and Ernest Bowlden, his adoptive grandparents, were both employed by Queen Elizabeth and Prince Philip’s household.

The shocking revelation that Prince Charles and Camilla were in fact his natural parents came from his adopted grandmother. “She didn’t just hint at it, she told me openly.”

Despite not being married until 2005, Charles and Camilla had been close since the 1960s. While they were both married, they continued a notorious affair, which played a significant role in the breakdown of Charles and Diana’s marriage.

Simon thinks that the royal family covered up the couple’s underage pregnancy and arranged an adoption using fictitious identities in order to prevent a scandal. He has spent decades making his case, despite the royals’ refusal to accept his allegations.

Simon’s goal has only been fueled by the passing of his “grandmother,” Queen Elizabeth II, and the accession of Charles to the throne.

Simon experienced a range of emotions upon learning of the Queen’s passing. He said that in addition to being saddened by the Queen’s passing, he was also disappointed that she never replied to his letters and that a “window of opportunity has shut.”

However, he used the chance to focus on his “dad,” the new King Charles, saying, “I’m not dealing with her any more, I’m dealing with him.” 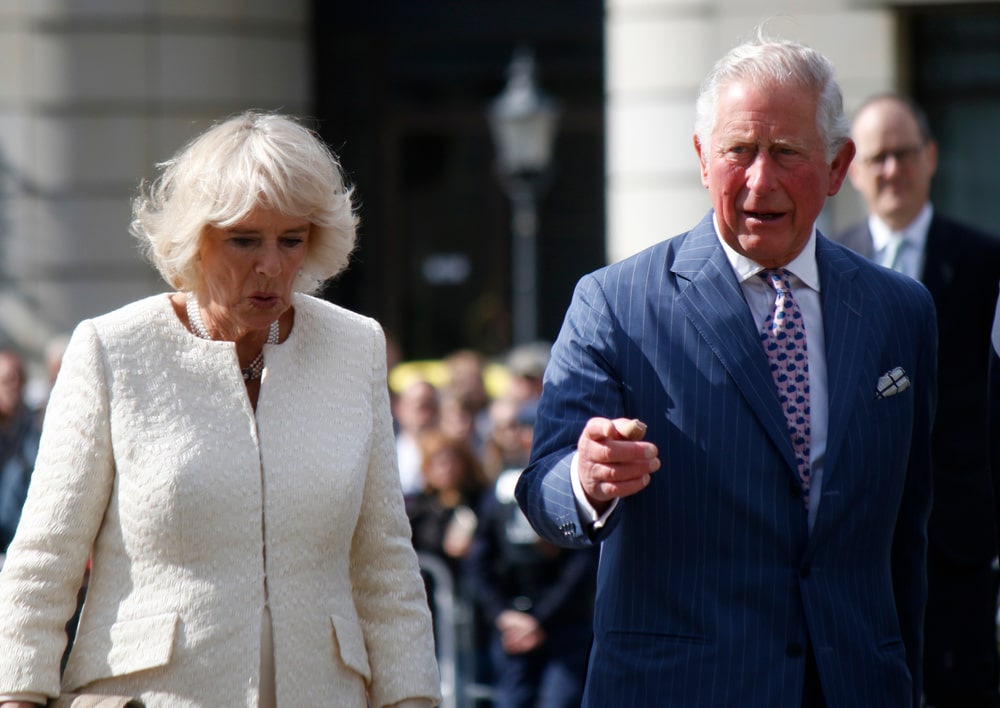 Simon declared that he would attempt to sue the monarch and that he intends to do so in order to obtain a DNA test.

“There was a conversation in there between a judge, myself, and his counsel regarding Charles’ legal status, and whether the king is protected by the law or is above the law,” Simon explained. “And the response to that was no; they said we don’t see any reason why he would be,” he added.

“Secondly, Camilla and her family are not above the law.” So that debate has already arisen and been resolved.

He claims that a judge informed him that if he presented his proof in court, there would be no justification for the court to reject his request for a DNA test, and Charles and Camilla would be required to respond—even though they are the King and Queen.

Simon has recently shown significant animosity against Prince William, who Simon believes to be his potential half-brother and is now the Prince of Wales and the rightful heir.

However, if Simon’s allegations are true, then because he is Charles’ first-born child, he is legally entitled to be in the line of succession.

“It’s difficult not to see Charles appointing William as the Prince of Wales as anything other than a smack in the face.” “If he gives William a title like that, where is my response?” Where is my Dna testing? “Prove to me that you are not my father.”

“I feel ignored. Charles was successful in obtaining everything he desired, including the kingdom and his wife. I don’t even know the truth about my mother. When will things start to turn around? It’s time for me to have my happy ending now.” 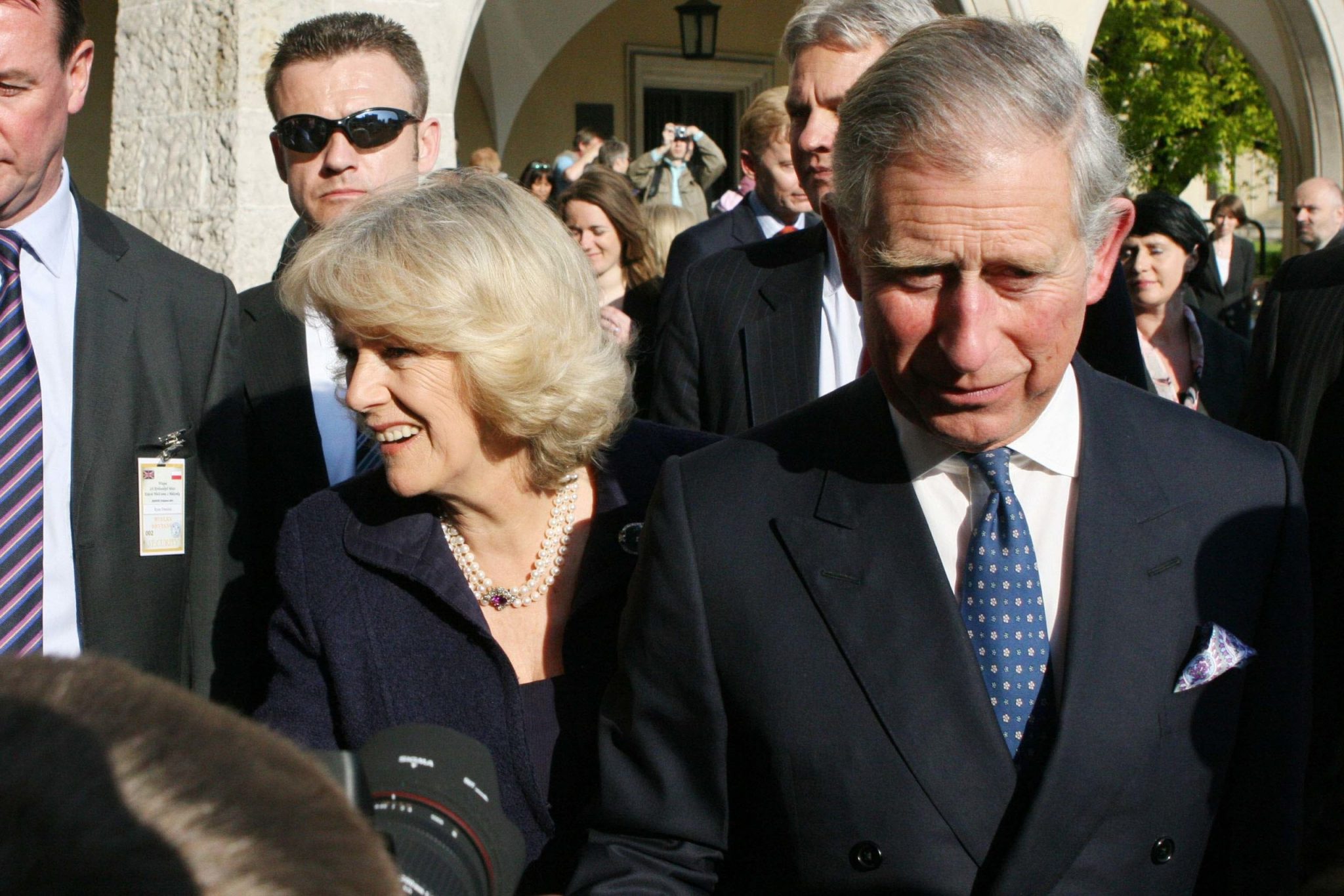 Whatever your opinions and views about Simon’s claims, it is indisputable that he is tireless in his efforts.

According to reports, he was prepared to share his final “secret” letters with the Queen before her passing.

I believe the moment has come for the entire world to read this, he declared.

“Up until now, I’ve kept the letter’s contents secret, but now that she’s passed away, I feel it’s right to publish the last letter I sent to her.”

“I was disappointed that she had passed away without answering my message when she passed away. I was first saddened by the fact that the window of opportunity had closed.” 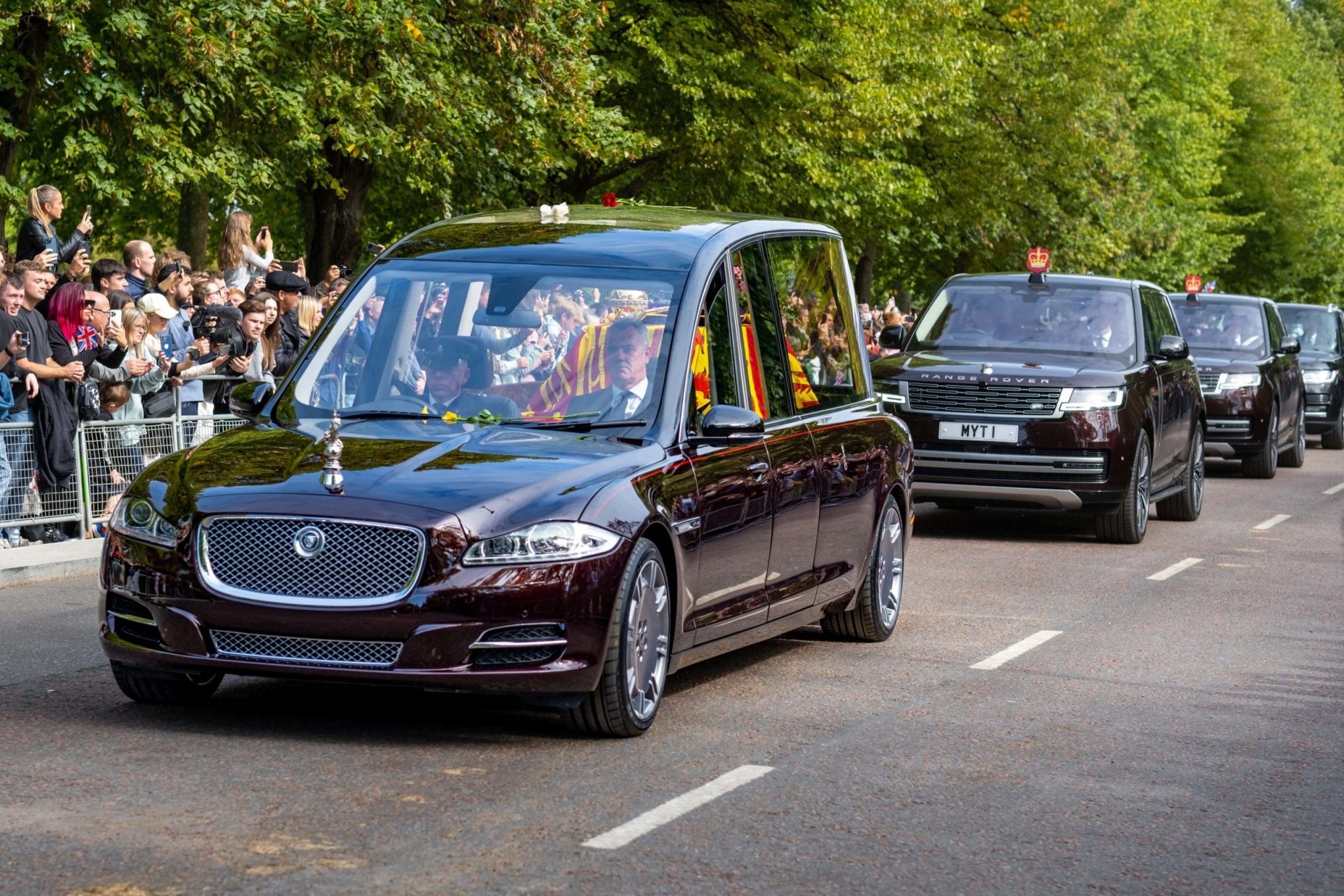 Furthermore, Simon, a father of nine children, outlined in his letter to the Queen the reasons why he thinks he is descendant of the monarch.

He said that he was born in the UK and was then adopted at the age of eight months. His adopted grandparents both worked for Queen Elizabeth II and Prince Philip.

In his final letter to Queen Elizabeth, he stated, “Over the years of residing with the Day family, my adopted grandparents Winifred and Earnest Bowlden often spoke about the time they worked for the Royal household,”

“Then on my last visit to the United Kingdom in 1998, my adopted grandmother Winifred told me herself, that my birth parents were your son Charles and his wife Camilla.”

“I can certainly understand, and to some degree forgive, actions that have been taken in the past in relation to my existence, but I cannot forget what has happened.”

“I feel that these measures were taken to hide my real identity.” 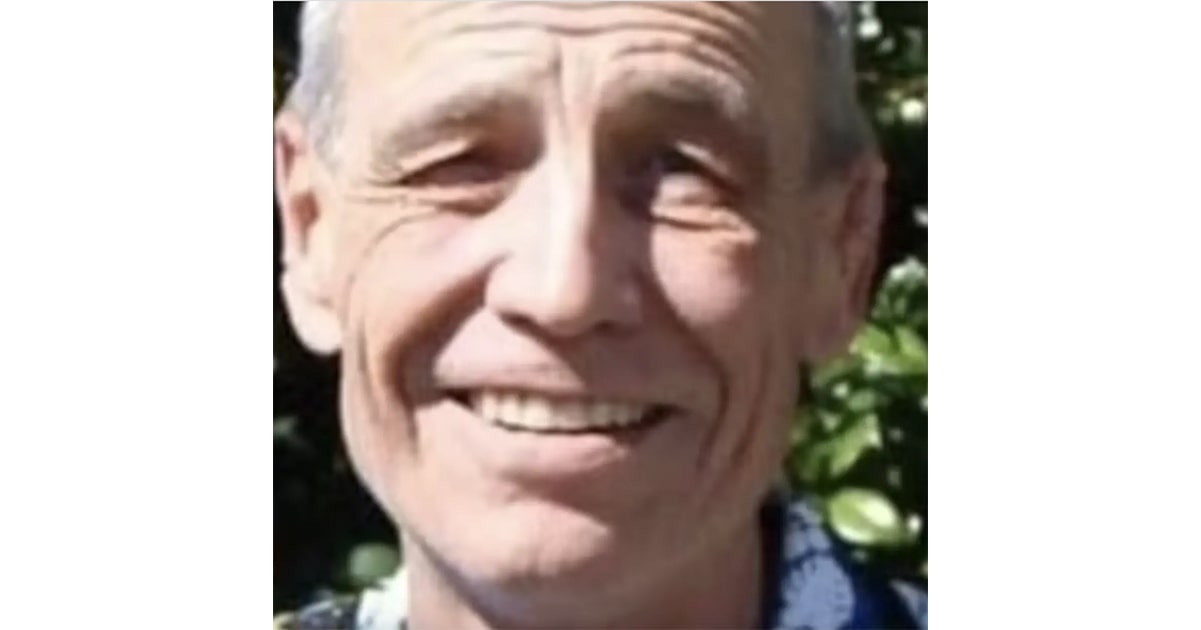 Simon concluded the letter by expressing his hope that the Queen will personally step forward to help him in finding a solution.

“To assume that you are unaware of my claims would be foolish on my part. Nor that you haven’t been keeping up with events up to this point,” he wrote.

“Subsequently, you will all be aware of the actions I have recently commenced and the level of attention this has already received.”

“I am writing on behalf of my family and I to ask for your assistance in coming forward and resolving this issue and stopping this global assault.”

“May God give you the strength to come forward.”

I don’t know about you, but I have a hard time believing any of Simon’s claims. Please share your opinions in the comment section.