Abandoned kittens covered in permanent markers get their first bath 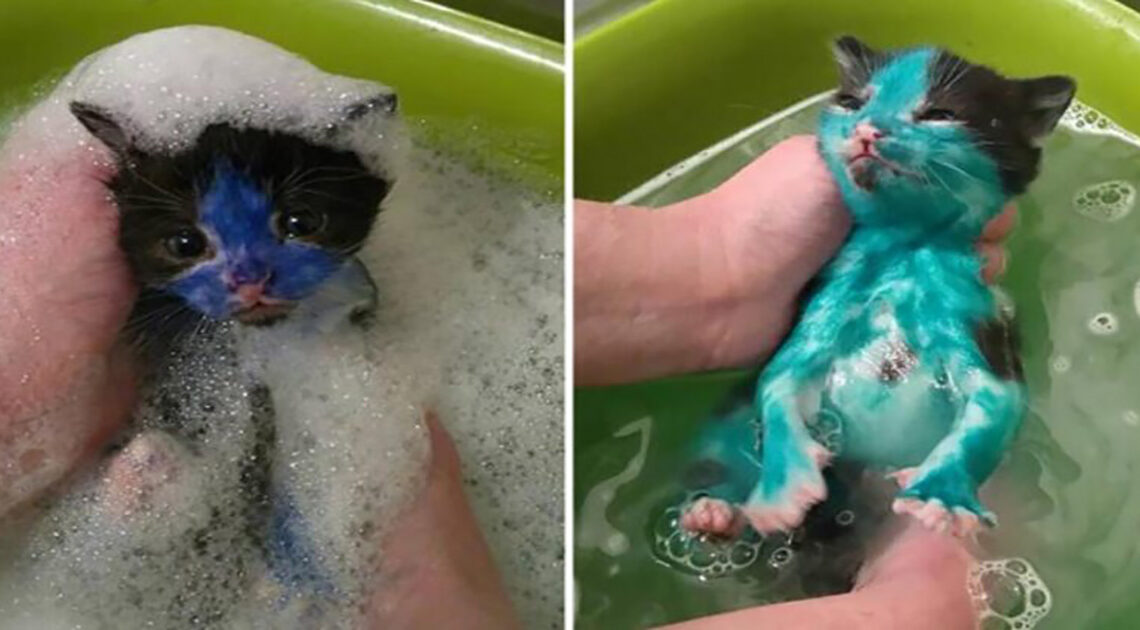 When the UK-based Bradford Cat Watch Rescue received a call from the police about two neglected kittens, they had no idea what to expect.

Still, they figured they’d rescued countless cats over the years, so they wouldn’t be too surprised by what awaited them. But when the volunteers finally arrived at the shelter, they realized that the situation was very different from anything they had experienced before. 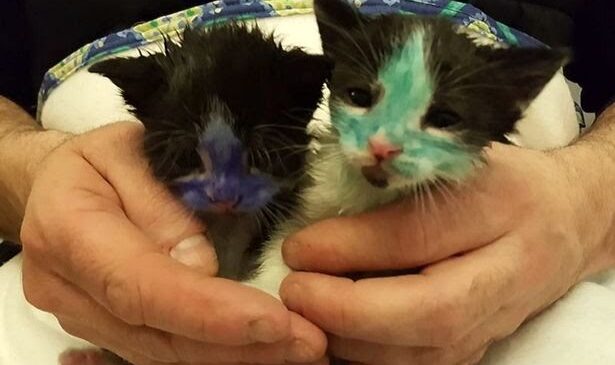 Two kittens were named Smurf and Shrek by staff at a cat rescue center after being found cruelly “colored” with markers.
The two black and white felines had been disfigured by unscrupulous thugs with blue and green pens when they were found by police and taken to Bradford Cat Watch Rescue Centre (BCWR) in West Yorks. 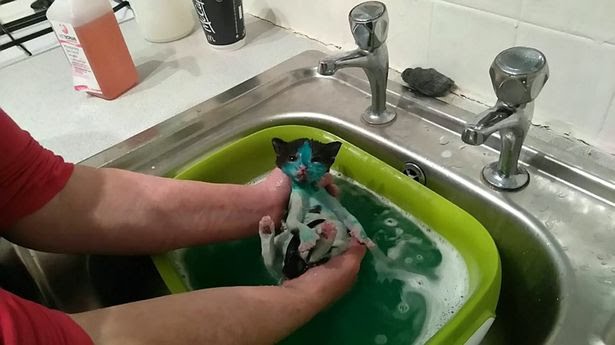 Staff at the rescue center immediately took them to a vet as they were unsure of the level of damage the toxic pans could have caused – the cats lick their fur to clean themselves.

According to staff, the kittens are only four to five weeks old and are very sick. 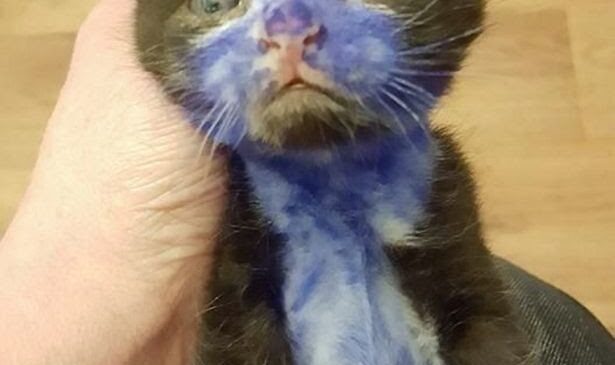 “If these kittens had not been rescued, I’m sure they would have died in an hour or two.”
Smurf’s skin was agitated by the felts and he was very itchy.

Thankfully, these adorable kittens ended up in much more caring hands. Katie has approximately 80 cats and kittens in her care center at any given time.

She says, “We took them straight to the vet. They are on medication and eye drops, and we bathe them in a special solution.

“So far, they have had four baths. The color is starting to come off their bodies, but it is still on their faces and in their eyes. 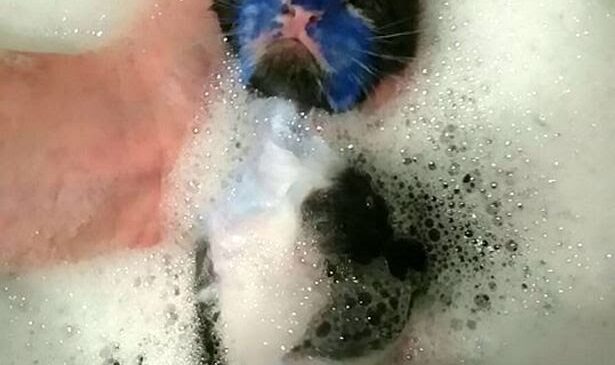