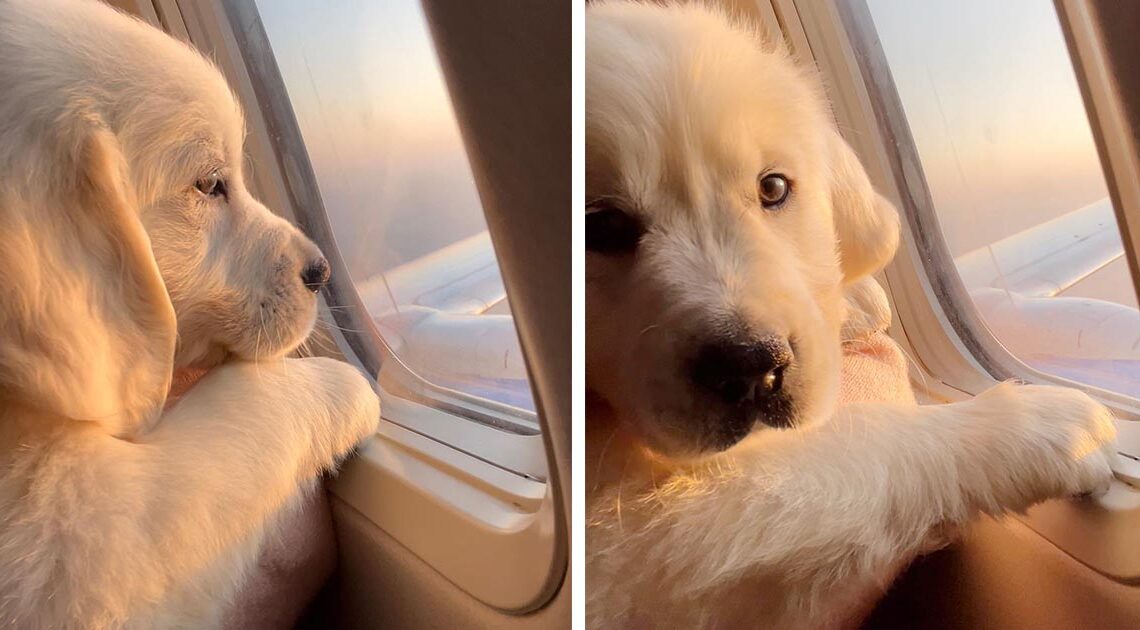 This adorable pup named Louie experienced the thrill of flying for the first time at just 8 weeks old and enjoying the view through the airplane window. The little golden retriever was accompanied by his adoptive mother Amanda Vargas, who captured on video the excited pup leaning out the window to watch as the sun began to set.

Amanda, who lives in Colorado, United States, traveled with her new pet back home, after picking him up from his old home.

“We had a long travel day, which delayed our flight home. I noticed the sunset, as our flight left later than expected, and Louie looked out the window on my lap.” 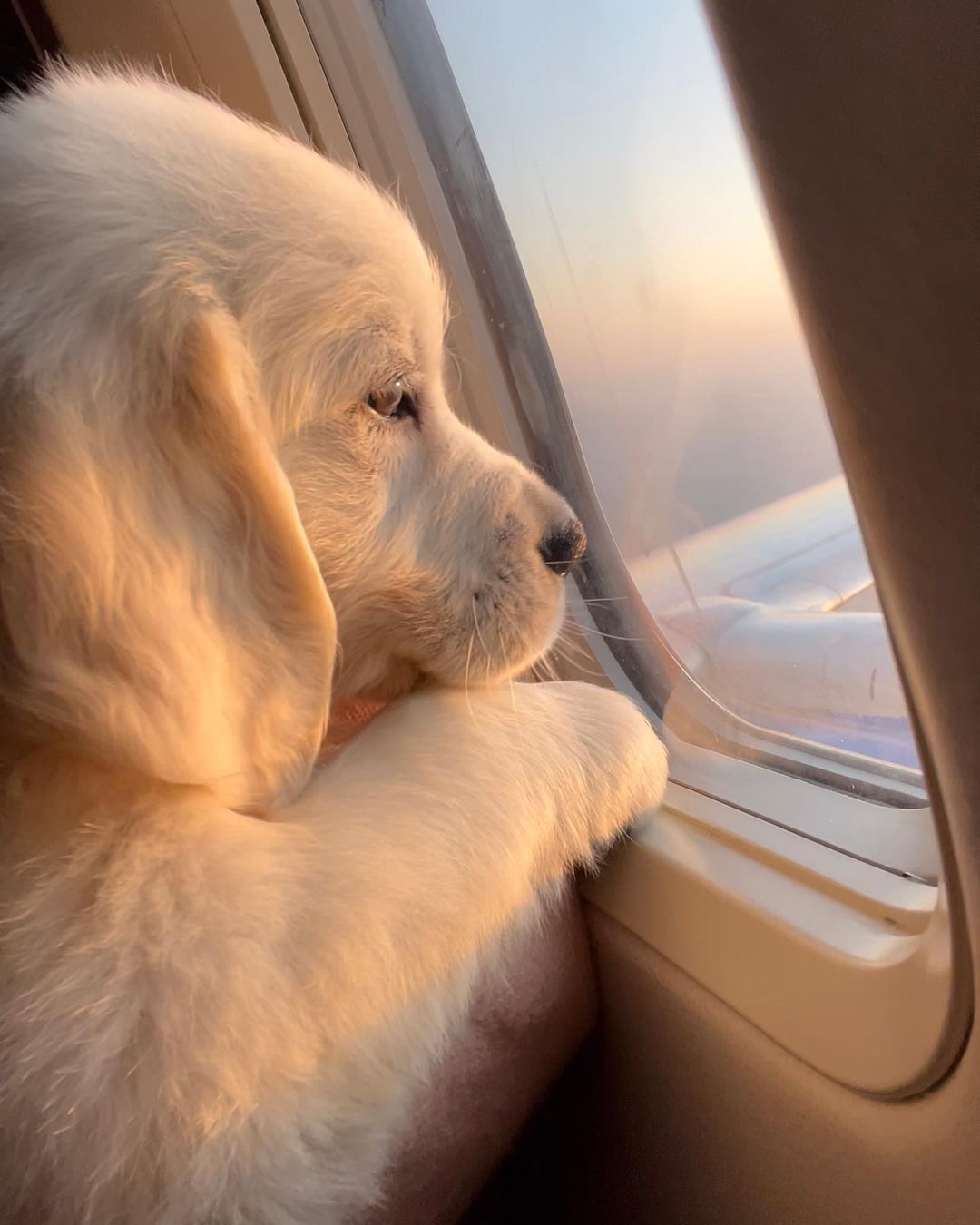 Technically, Louie wasn’t allowed to be taken out of his shipping crate, but Amanda took a chance and put him on her lap. Absolutely no one complained about the pup’s presence, and during his first flight Louie was a very well-behaved boy.

“Not a lot of people saw Louie because we were at the front of the plane, but the flight attendants loved him and the person next to us said he didn’t even notice him at first because he was so quiet and well behaved.” 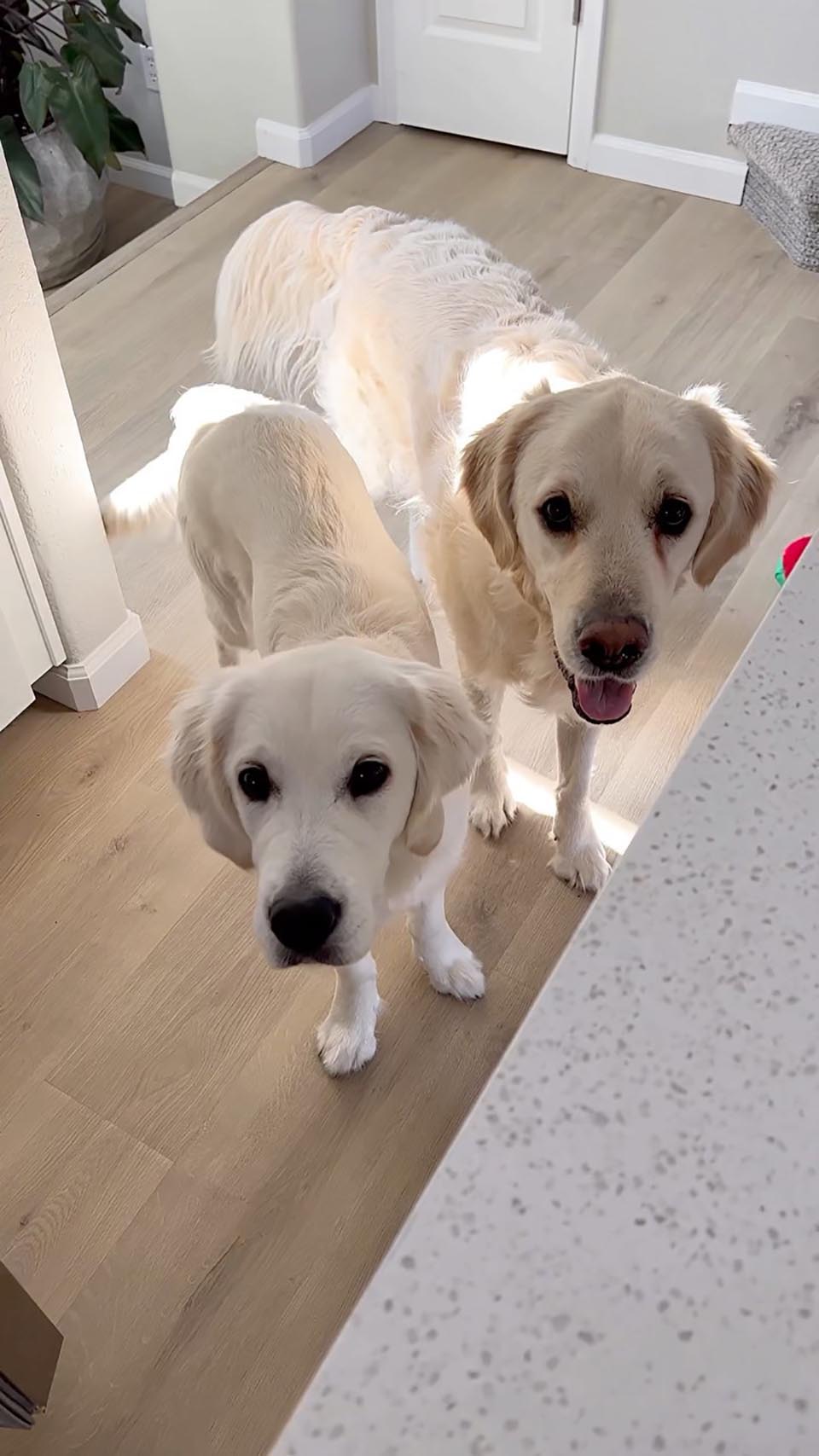 Now after several months with his family, Louie is a very happy boy in his new home, and he even has an older brother named Leo, another quite adorable golden retriever. These two brothers even have their matching harness and enjoy going out to the park and running side by side.