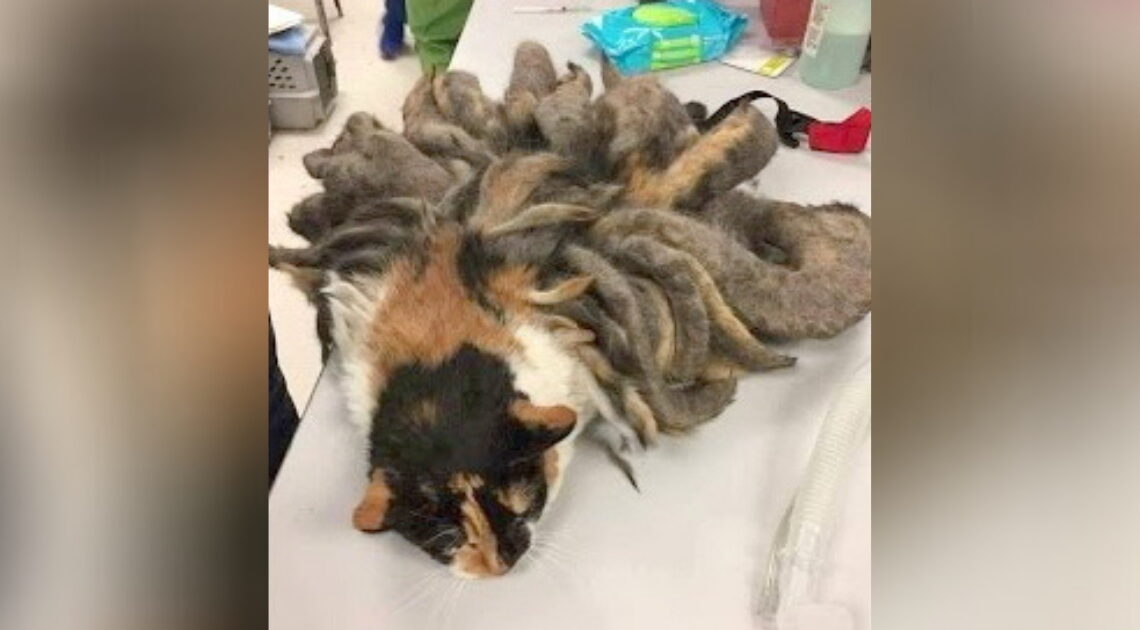 This poor Calico kitty had several pounds of matted fur on her. It was a pretty severe case. One of the most severe ones according to iizcat.com. Her elderly owner passed away but it looked like neglect over a long period of time. It wasn’t just matted. Her fur were like dreadlocks already. Looking at the cat from behind, it looks like a huge tarantula to the untrained eye. Such was this poor cat’s condition. 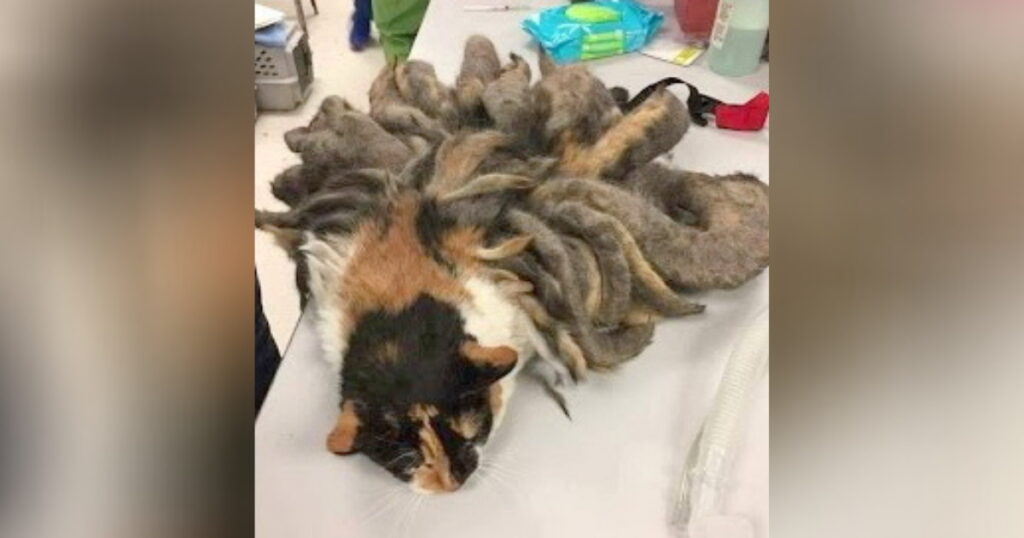 She moves the camera slowly over the dense tangled coat before showing the cat’s face. The Calico just looks done. She’s had a hard life in a way. Imagine having all that hair on your back.

Literally when you look at the cat, it’s just her head and then a mass of hair. You can’t even see her paws or hind legs. The cat looked so miserable so Jenn went to work. She sedated the cat and shaved away. 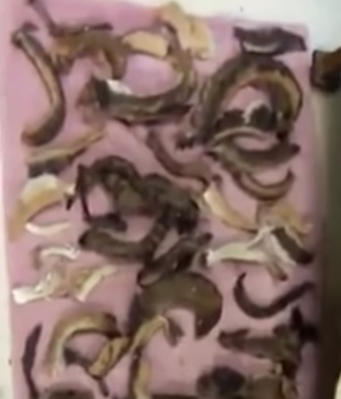 This cat literally had so much weight lifted off her back. All those years of neglect pressing down on her resulted in tentacle-like locks of fur that looked like she belonged in a science fiction movie.

Check the full video below