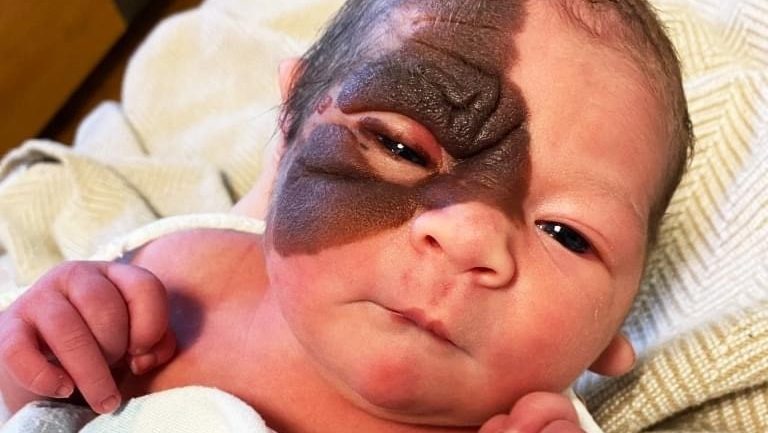 All of us are unique and beautiful since the day we were born. Some kids have temper since birth, some are more calm, but on the outlook everyone is different.

One of the greatest things about being human is that we are built exactly the same and nowadays we’ve evolved to a degree to accept and celebrate our differences.

Nicole Hall fears that when her lovely daughter Winry grows up she could have a hard life because of her unique outlook. She is dedicated to promote awareness about congenital melanocytic nevi.

What Is Congenital Melanocytic Nevi (CMN)?

Moles present from birth, or that develop within the first few months after birth, are called congenital melanocytic nevi (CMN).

They are fairly common and, in most cases, they do not cause health problems. However, they can carry risks. Most cases of CMN never require treatment, but there are some cases in which the moles may be removed. This is usually done to lower the risk of skin cancer or to improve appearance…

As long as we accept the differences between one another the world will be a great place. If we divide as species because of our differences, we welcome division in coexistence.

When Winry was born she was different from the other babies. At first they thought it’s a bruise, but later on they got the diagnosis: congenital melanocytic nevi. 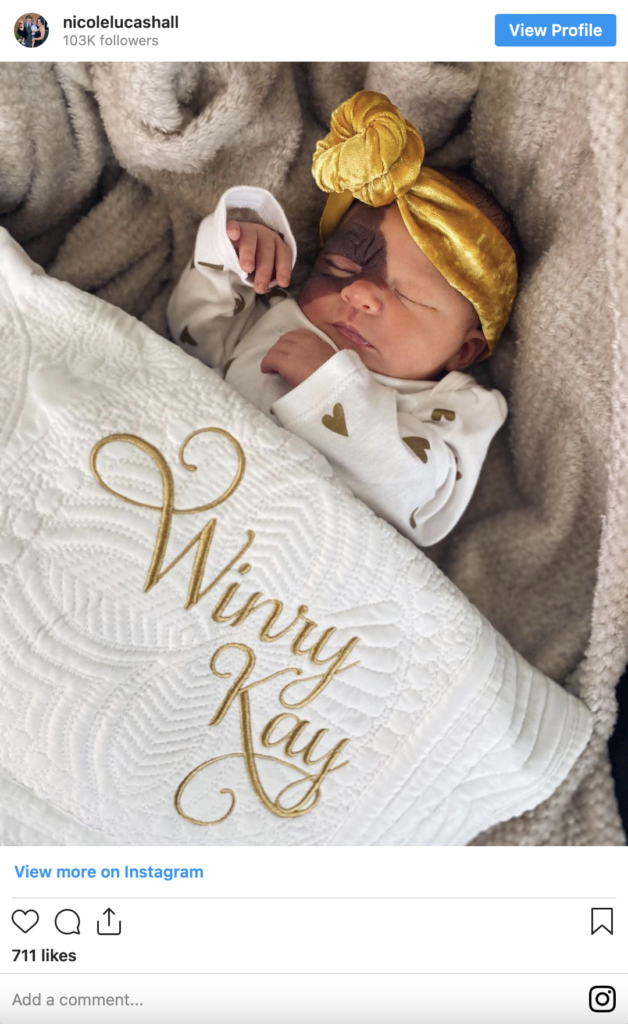 “When they first handed her to me, I thought it was a bruise. It was then quickly apparent to my husband and I that it was not a bruise. And like the name, I thought it looked a lot like a mole,” mom Nicole Hall told Good Morning America.

Dr. Harper Price of Phoenix Children’s Hospital and Dr. Heather Etchevers of Marseille Medical Genetics, stated in a report that her condition causes black and brown patches to appear on many different parts of her body. 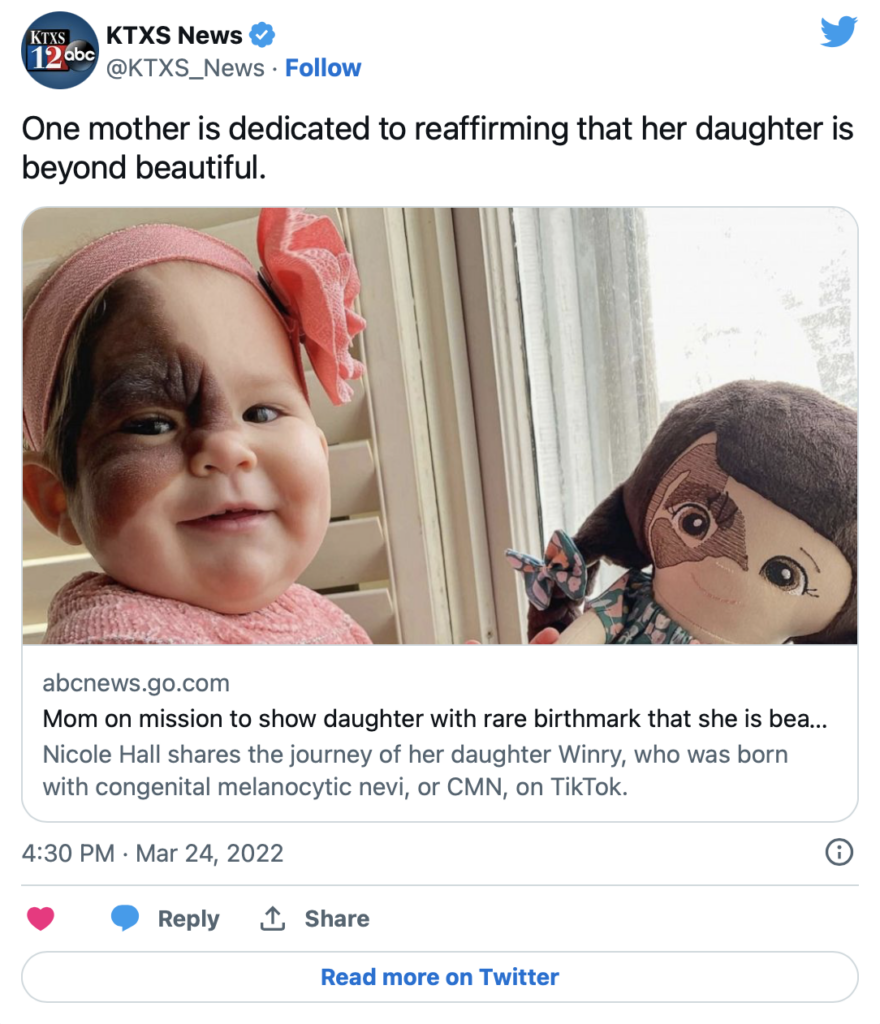 As we stated earlier, like all moles, especially one with that magnitude on her face can pose a risk of developing melanoma, a type of skin cancer. The risk is relatively low, but Nicole always makes sure to cover her head when they are out in the sun. She also puts sunscreen on Winry and take every precaution.

“Her health and happiness are our top priority. We have to monitor her with sunscreen. I’m careful with hats and that sort of thing. I know our regular dermatology appointment is probably going to be our best friend growing up,”Nicole says. 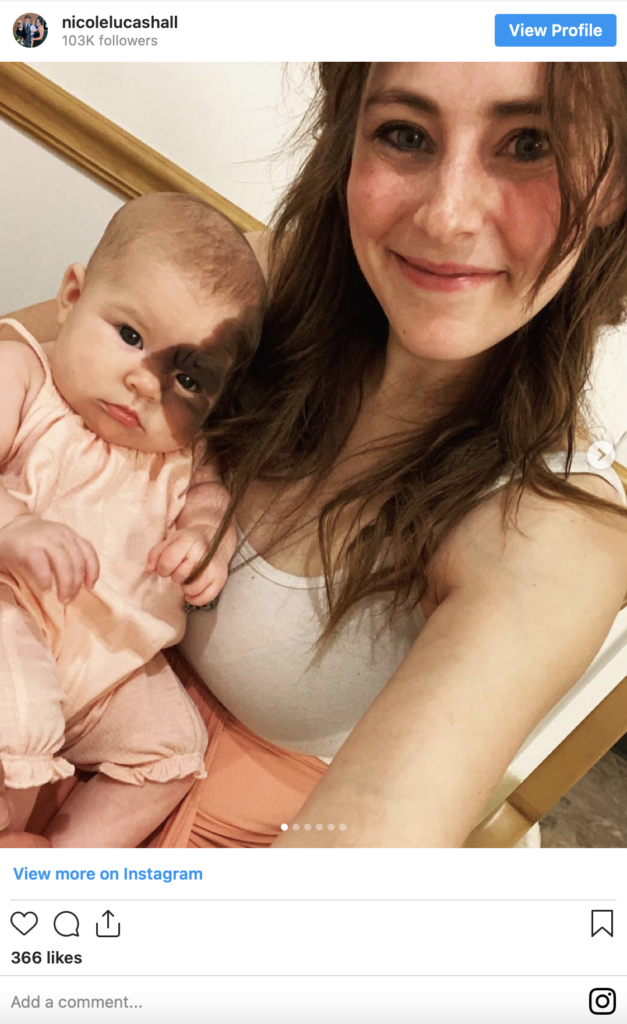 Winry’s parents are aware that there are unkind people who will point at her, stare and call her words in school. That’s why they are dedicated to help raise awareness about her condition.

“For a lot of people, this is the first time seeing a birthmark like hers and that’s part of why I enjoy sharing,” Nicole says. “This is a good conversation for parents with their children to see kids have differences, or for those parents who do have a kid that looks like Winry or has any kind of a birthmark to see their child represented.”

Winry is very positive and healthy kid, and her parents hope that she accepts her look while she’s young to be able to cope later in life.

“She just radiates joy. She’s almost always laughing or shrieking. She is just the happiest baby I have ever seen,” shared the mom. “She’s a big talker already. We haven’t got a whole lot of words out, but she tells you like it is and she’s already getting a little bit of sassiness, so I think we’re gonna have a lot on our hands.” 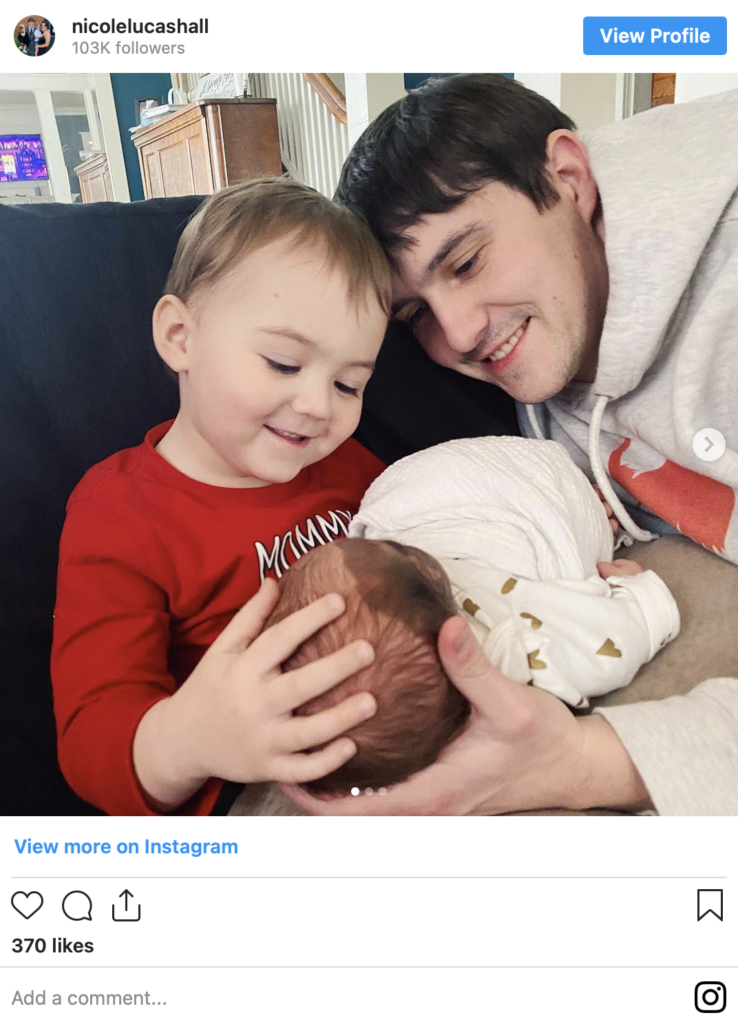 Through social media, especially TikTok, Nicole is spreading awareness about her daughters condition, and parents who have kids with CMN are already joining the cause.

They know they are not alone.

Please SHARE this amazing article to spread awareness about CMN.