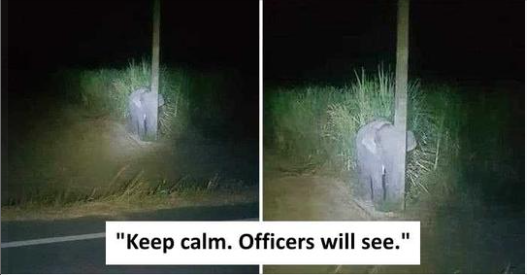 Obviously, it’s always awkward to get caught while doing something that you shouldn’t do. And when faced with such a situation, all you usually want to do is hide from all that attention. This was exactly what a baby elephant in Thailand did after being caught eating sugarcane in a field.

The curious little incident took place in Chiang Mai, in Northern Thailand. The precious animal was busy enjoying itself as it snacked on a bunch of sugarcane. But then some locals noticed it as they approached the area, shining a bright light on the poor little thing. Startled, and perhaps a little confused, the baby elephant believed it could hide behind a narrow pole, despite being significantly wider and clearly visible. Maybe it still wanted to continue snacking, but it was waiting for the humans to leave. The funny part is when people shone light on the calf, it stood still in the hope it would not be noticed. As if it was just an inanimate object, trying to blend in with its surroundings. After all, if I can’t see you, then you can’t see me, right?

Needless to say that things did not work out quite as it had hoped. Howvever, the elephant’s unsuccessful attempt at hiding did give the Internet an adorable picture. Thus, scroll down and enjoy the gallery below! 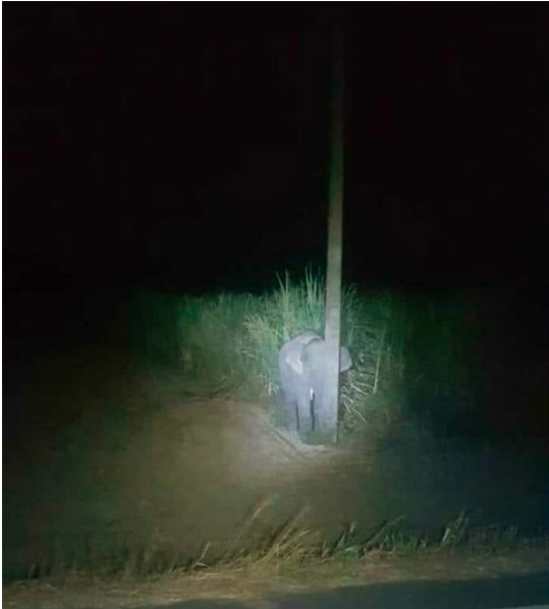