Barack Obama’s family will miss him so much

Barack Obama is in mourning after a member of his family died. He told the media that the family’s dog had died. The dog was considered a true member of the family and was loved by all.

Bo has been part of the president’s family for more than 10 years and has died at the age of 12. Barack Obama is really hurt by this loss!

He wrote the following message on his personal Twitter account: “Today our family lost a true friend and loyal companion. For more than a decade, Bo was a constant, gentle presence in our lives — happy to see us on our good days, our bad days, and every day in between “. 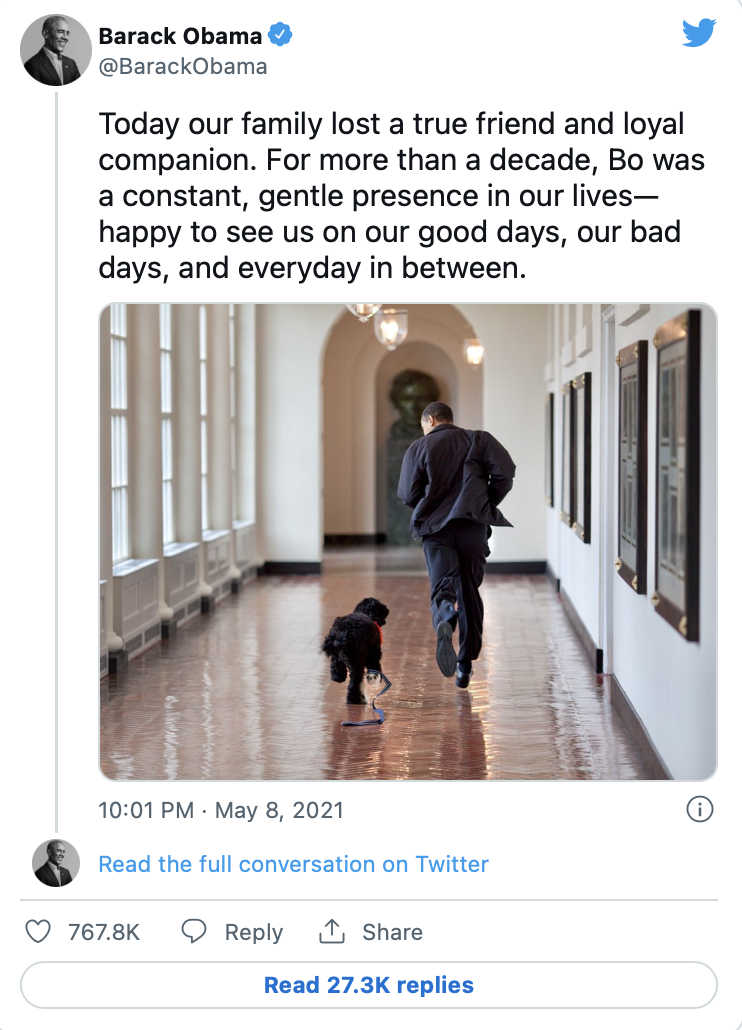 The world has been “moved” by the loss of the former president, especially those who have a pet and understand how heavy this loss is.

Michelle Obama also wanted to officially announce on Instagram the loss they suffered because Bo was truly part of the family and deserves to be commemorated and remembered. She wrote the following emotional message: “This afternoon was a difficult one for our family. We said goodbye to our best friend — our dog, Bo — after a battle with cancer. ” 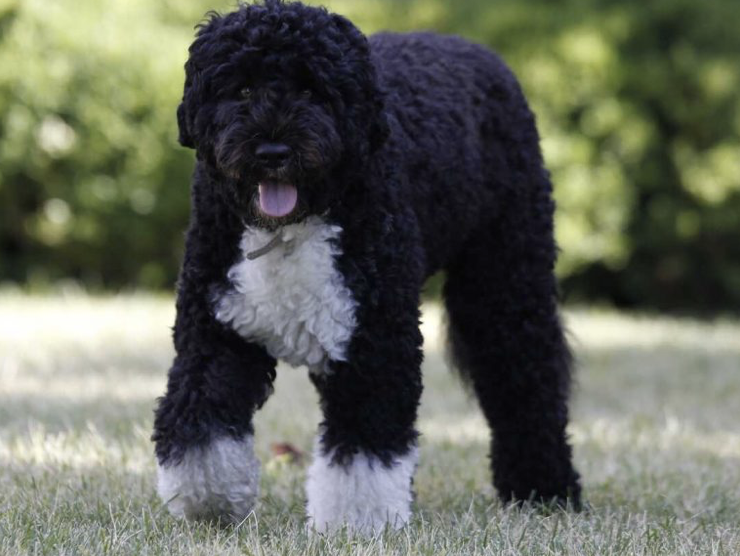 Bo, a Portuguese water dog and the family pet of President Barack Obama, is seen in the Rose Garden of the White House in Washington, Monday, June 13, 2011. (AP Photo/Charles Dharapak)

“For more than a decade, Bo was a constant, comforting presence in our lives. He was there when the girls came home from school, greeting them with a wag. He was there when Barack and I needed a break, sauntering into one of our offices like he owned the place, a ball clamped firmly in his teeth,” she wrote.

“This past year, with everyone back home during the pandemic, no one was happier than Bo. All his people were under one roof again—just like the day we got him,” wrote the former first lady, “I will always be grateful that Bo and the girls got to spend so much time together at the end.”

She added, “As a family, we will miss Bo dearly. But we are thankful that he lived such a joyful life full of snuggles, games of fetch, and evenings spent lying on the couch.”

Bo joined the Obama family in 2009 as a gift for the president’s two daughters, Sasha and Malia. He was named after the former first lady’s father.

The former president said Bo was exactly what the family needed and he came at the right time. Everyone will miss BO.