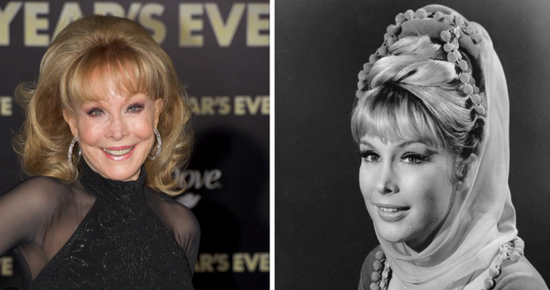 At 91 years old, Barbara Eden has been acting for an astounding seven decades and is still going strong.

The actress, singer, and producer is most remembered for her appearance in “I Dream of Jeannie,” which debuted in 1965, although she had been on our screens for ten years prior to landing that position.

I Dream of Jeannie, the iconic 1960s sitcom about an astronaut who brings home a 2,000-year-old female genie, has been viewed by generations of TV viewers. 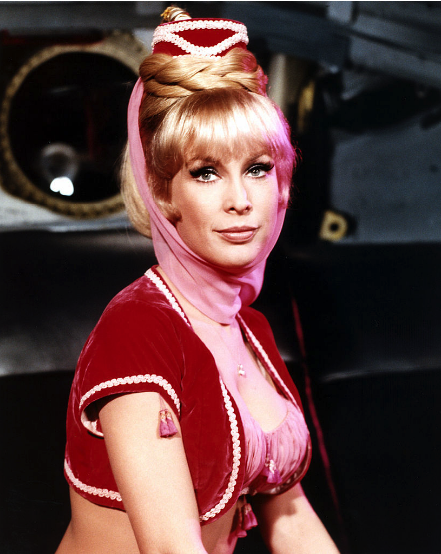 Despite the premise’s silliness, fans tuned in and laughed because of Barbara Eden, the attractive and brilliant actress who played Jeannie.

Fans may find it difficult to comprehend, but Barbara is currently 91 years old!

Although she hasn’t seen on television in her infamous harem costume in a while, she’s still going strong and keeping active. 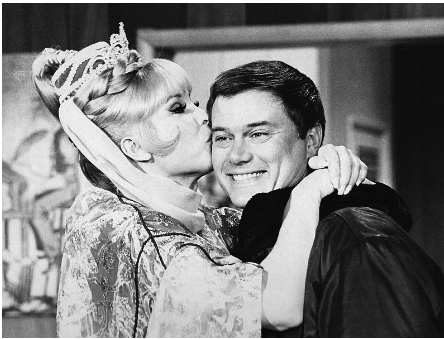 In 1931, Barbara Eden was born in Tucson, Arizona, in the US. She relocated to San Francisco after her parents got divorced, where she started her singing studies at the Conservatory of Music.

As a youngster in Golden Gate City, Barbara performed in local bands in neighborhood nightclubs. But eventually, she also made the decision to pursue acting.

“My mother said, ‘Barbara, you don’t sound like you mean a word you’re singing. I think you should study acting, too,’” Eden recalled. 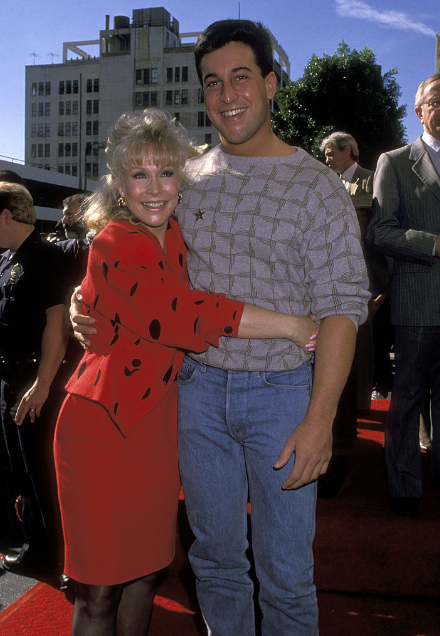 She then relocated to Los Angeles and started performing on some of the top shows of the 1950s after deciding that acting was a good fit for her.

She initially appeared on our televisions in 1955 as a semiregular guest on The Johnny Carson Show, but it was her part in the enduring fantasy sitcom “I Dream of Jeannie” that catapulted her to fame.

The native of Arizona portrayed Jeannie, a seductive genie that astronaut and United States Air Force Captain Anthony “Tony” Nelson, played by Larry Hagman, let out from her bottle. 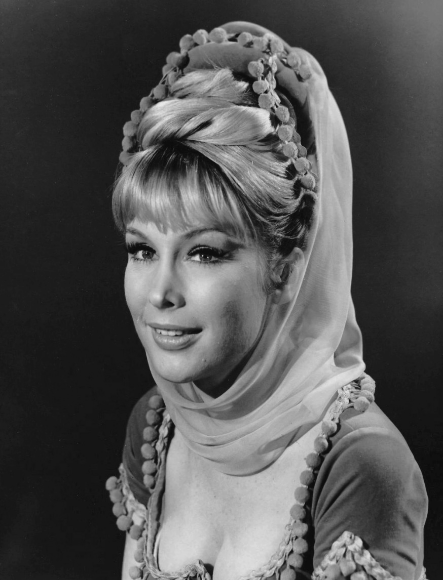 “We just … we clicked. We had the same rhythm. We’ve got the same truth out of whatever we were doing,” Eden explained.

“I loved him a lot. Some actors you have to work at really liking them … and you put it in another box in your brain. But with Larry, I never had to do that. He was there constantly.”

She performed the part for five years, including appearing in the show as Jeannie’s mother and her nasty sister. Eden’s harem attire, which at the time was a little risqué for television, contributed to Jeannie’s fame.

“Executives at NBC got very frightened,” she told Today in 2015, near the show’s 50th anniversary. “They became very strict about the navel.”

After her friend and columnist Mike Connolly began making fun of her about the matter, Eden claimed that it was actually a different, much earlier interview with the Hollywood Reporter that contributed to the legend’s propagation. 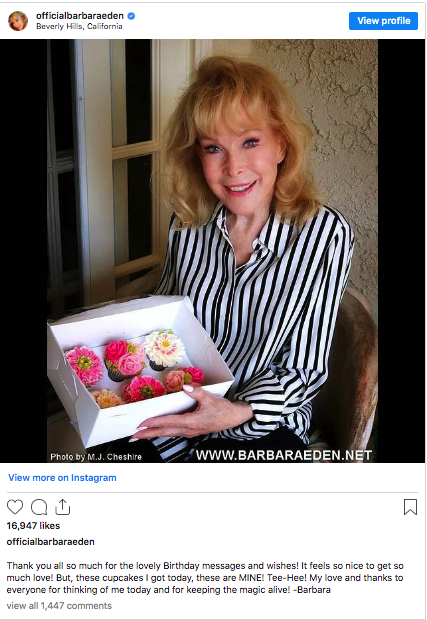 “When Mike came in and started teasing me about my belly button, it spread like fire and spread around the world. We had a good time with it and I would tease him back, but I had no idea it would become something.”

The classic outfit also helped to establish Eden as a TV sex icon for many people, including well-known admirers like John F. Kennedy, who texted her his phone number, and Elvis Presley.

“I binned the piece of paper, but I wish I still had it,” the actress wrote in her 2011 memoir, Jeannie Out of the Bottle.

Eden has appeared in over 50 movies and at 91 years old is still working.

She played Mrs. Claus in her most recent film, My Adventures with Santa, which was released in 2019. The same year the film was produced, Melissa Gardner made her theatrical debut as Melissa Gardner in the production of “Love Letters.”

“I feel young!” Barbara added while mentioning that she considered herself lucky to do the job she chose. “I feel sorry for people like my poor father who had to work every day at something he didn’t like. I enjoy my work. I still work.” 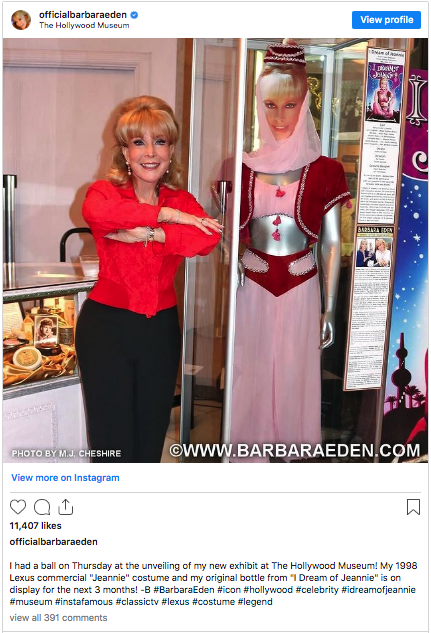 Barbara claimed that up until a few years ago, she had kept up her gym visits, spin classes, and weightlifting. Now, a trainer visits her home to assist her with resistance training, and the two of them go on a stroll.

“I have a lot of friends,” the TV legend said. “I’m pretty active socially.”

She even has an appearance lined up for March 2022.

“If I’m around, I’ll be there, I really like it,” she jokingly said.

Along with authoring children’s books, Barbara enjoys performing. She co-wrote a book called Barbara and the Djinn about a young girl named Barbara who encounters a “charming and wizardly Genie” who takes her on adventures that are somewhat similar to those in her famous role. 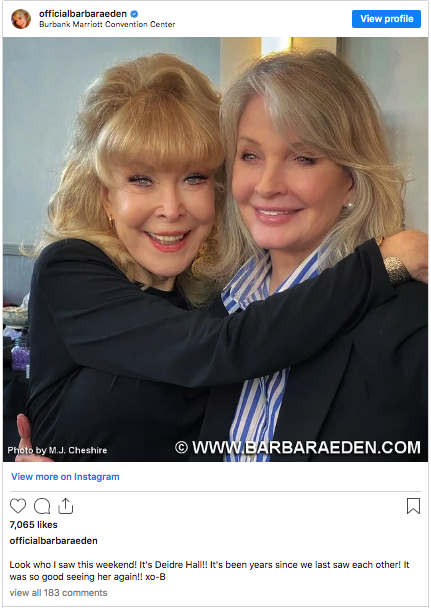 She says she hopes that her books would help children realize the value of reading, “now all they do is look at telephones!”

Barbara dismisses the idea that “I Dream of Jeannie” might come across as a bit dated for today’s viewers.

“Come now, this is a classic theme,” she said. “One Thousand and One Nights’? This is a lovely wonderful fantasy.”

“And let’s be honest here, she was in the driver’s seat you know. She wasn’t subservient at all.” 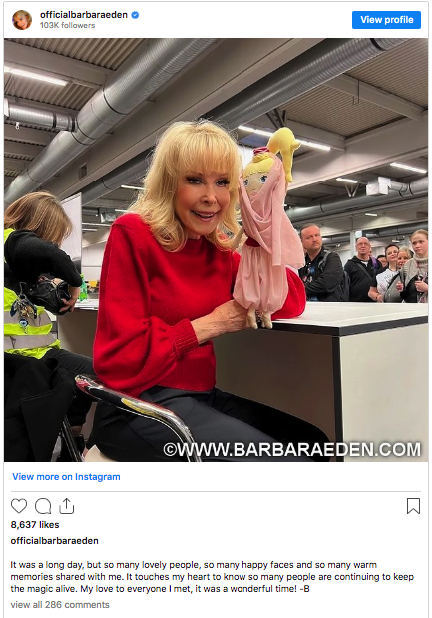 What an amazing life Barbara Eden has had, made possible by her inspirational attitude and energy. She really does prove that age is just a number.

Please share if you too love this legendary actress.