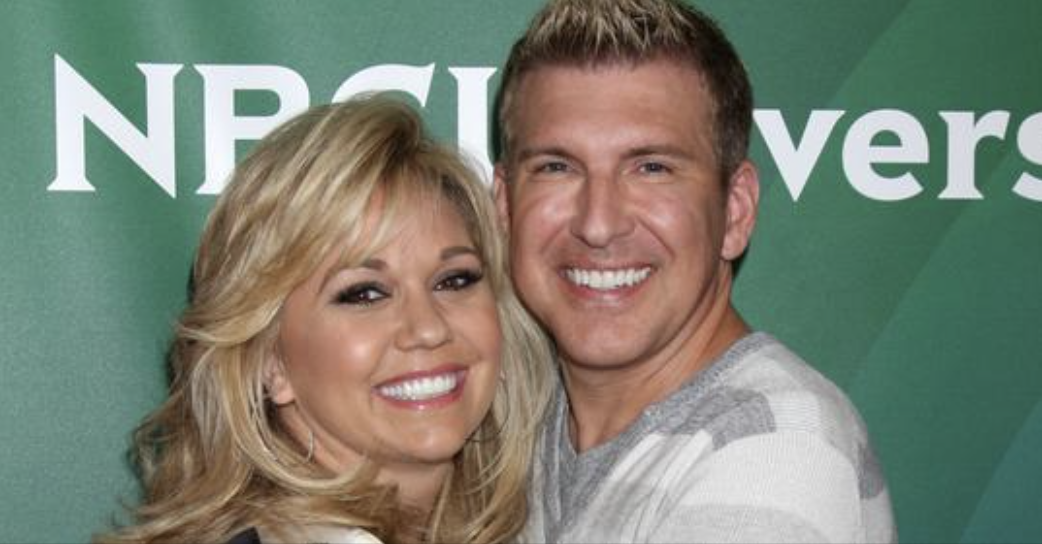 BREAKING NEWS: Just hours after it was revealed their youngest child was involved in a serious car accident, Todd and Julie Chrisley have been sentenced after they were found guilty of criminal bank fraud and tax evasion. 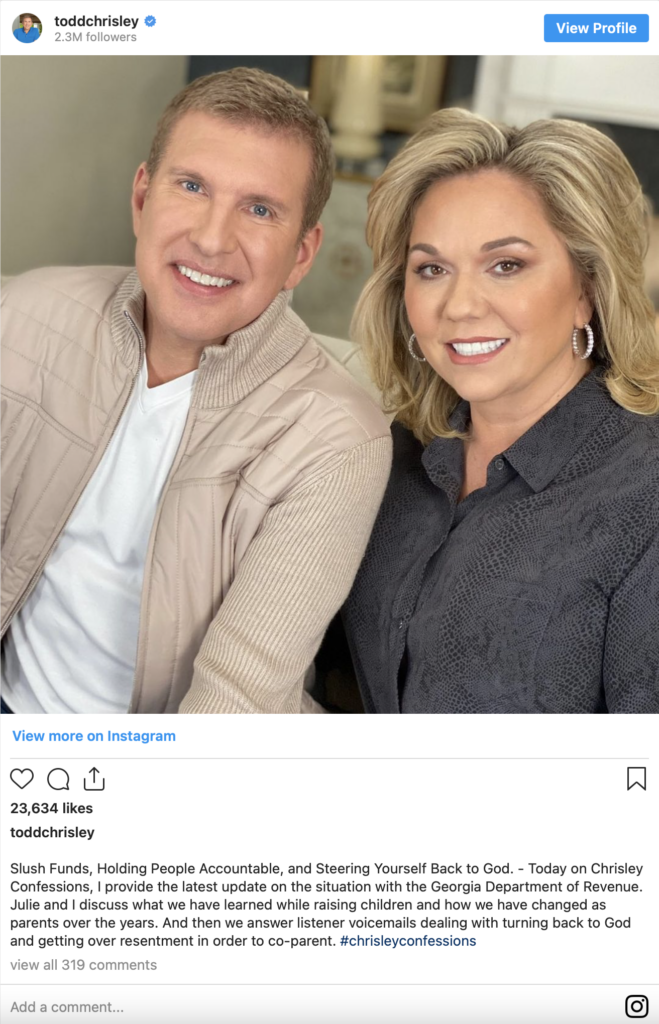 Prosecutors argued back in June that Todd and Julie “took out $30 million in fraudulent bank loans to fund their lavish lifestyle and extravagant spending even before they become reality television stars. They used a film production company they controlled to hide income to keep the IRS from collecting unpaid taxes owed by Todd Chrisley.”

Todd and Julie have yet to issue a statement regarding their sentencing or their son’s accident. 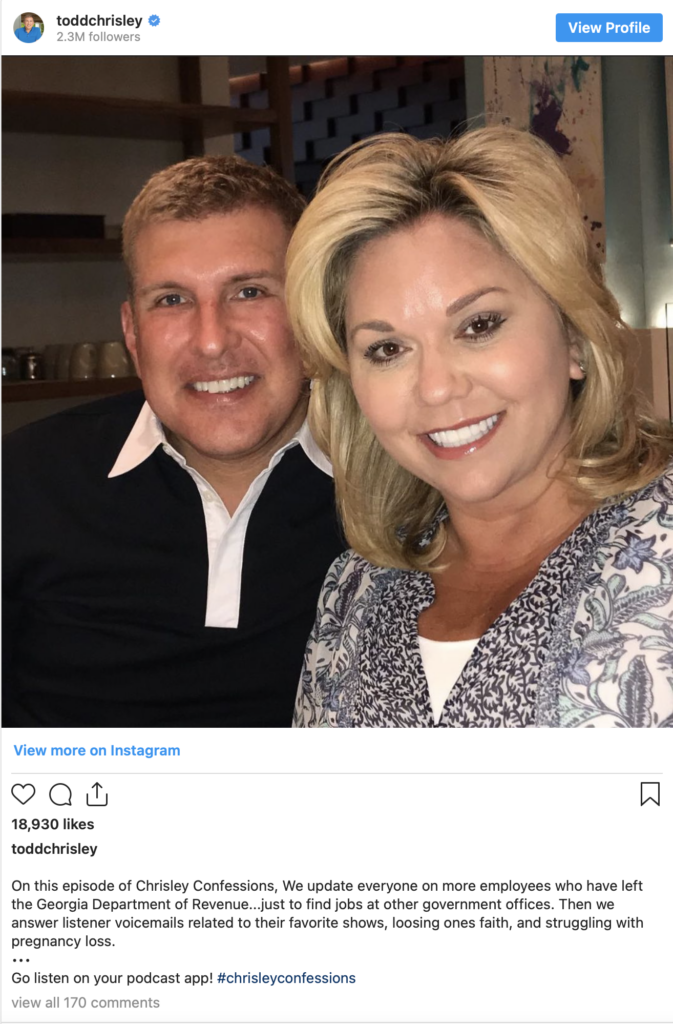 As Mamas Uncut reported earlier today, the youngest of the Chrisley Knows Best family has been involved in a bad car accident. According to initial reports, 16-year-old Grayson Chrisley was driving down 1-65 in Nashville in his Ford F-150 around 5:30 p.m. when he crashed into the person in front of him. 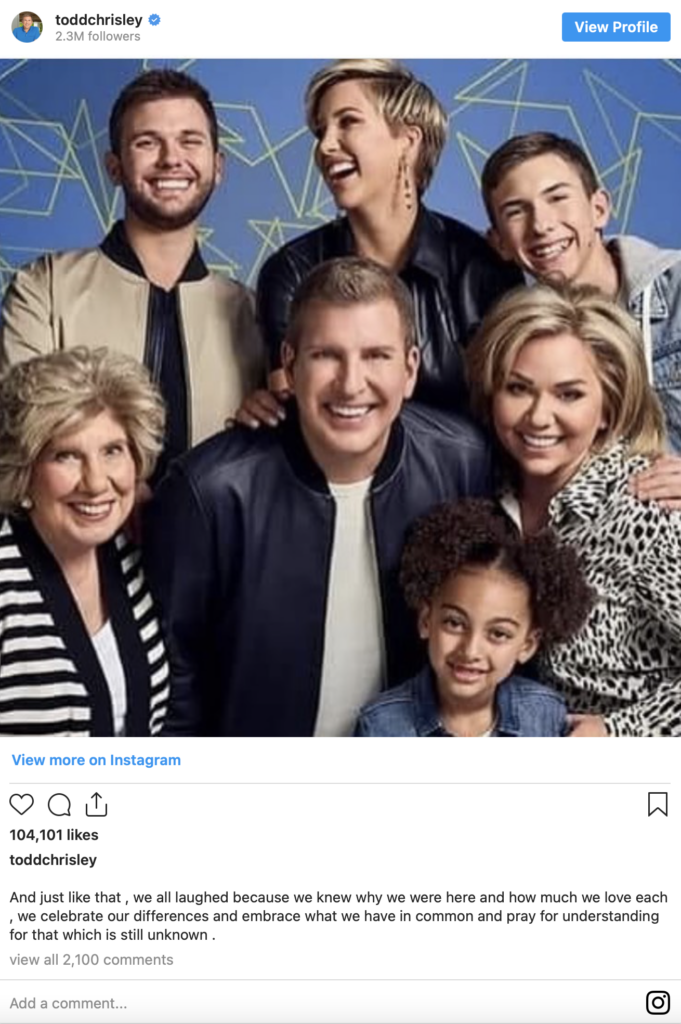 According to TMZ, Grayson’s F-150 slammed into the back of a Dodge pickup truck that was stopped due to heavy traffic. At the scene, first responders tried to ask Grayson what happened but he “couldn’t recall anything about the accident.”

Grayson was rushed to the hospital with serious injuries. It’s speculated he may have a head injury.

The pictures obtained exclusively by TMZ show the front end of Grayson’s white truck completely mangled and his windshield shattered. The driver of the truck Grayson hit reportedly suffered injuries as well but refused immediate medical attention on the scene.

As of right now, no arrests or charges have been made. 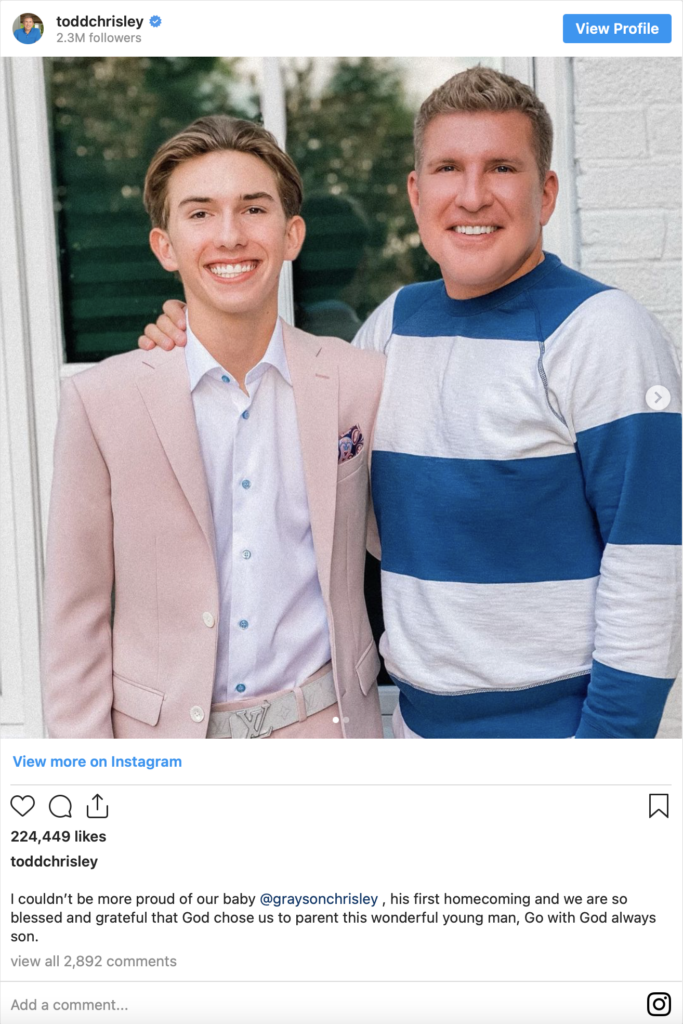 Grayson’s accident comes as his parents are set to be sentenced after being found guilty of fraud in June, the AP reports. The sentencing hearing began on November 21 and is expected to take a few days.

Todd faces nearly 22 years for his involvement and his wife Julie faces more than 12 years.

“The Chrisleys have built an empire based on the lie that their wealth came from dedication and hard work,” prosecutors explained. “The jury’s unanimous verdict sets the record straight: Todd and Julie Chrisley are career swindlers who have made a living by jumping from one fraud scheme to another, lying to banks, stiffing vendors, and evading taxes at every corner.”

This news story is developing and Mamas Uncut will continue to update it as they become available.