The blue-banded pitta (Erythropitta arquata) is also known as the “Jewel of Borneo,” and judging by its colors – it is completely justified. The bright red feathers on its abdomen and sides make the shimmering silver-blue specks around its neck stand out.

It looks like a glittering blue necklace that sits across their breast and females also have intense colors, which is quite unusual for birds, as usually, males need intense colors to attract females. The only notable difference in color is the area under the wings and around the tail.

Despite their dazzling looks, these birds are not often spotted in the wild. As a result, scientists are still discovering the basics of their social behavior.

Pitta birds (family: Pittidae) are found throughout Asia, Australasia, and Africa, and they share the same short, stout bodies and often have brightly colored plumage.

The blue-banded pitta is the dashiest of them all, that’s for sure. It is found in Indonesia, where it is native to the island of Borneo. It can also be found in Brunei and Malaysia.

Blue-banded Pitta feeds on snails, insects, and similar invertebrates. They lay up to six eggs in large round-shaped nests in trees and or shrubs, and sometimes on the ground.

This bird are also know as the “Jewel of Borneo” 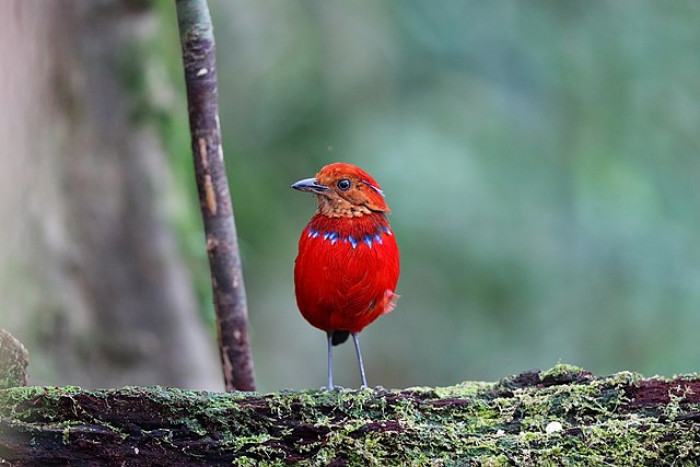 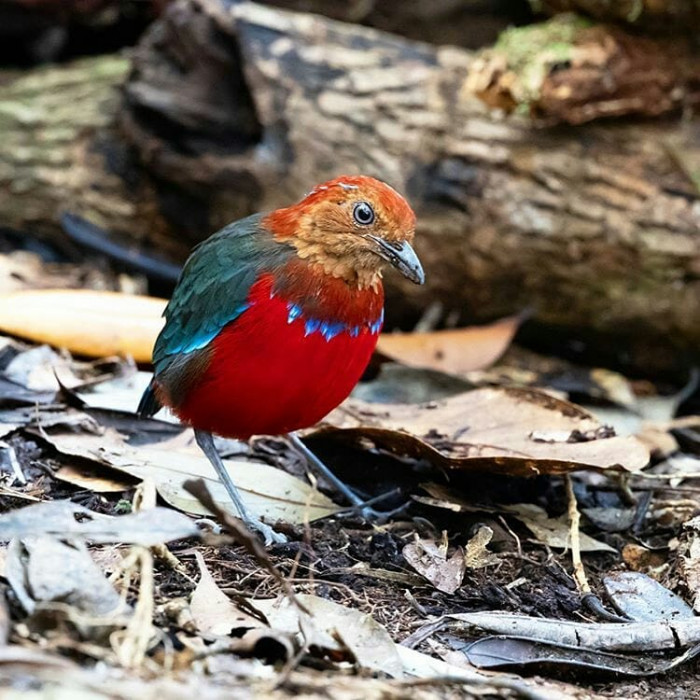 Due to this bird’s large range, the Blue-banded Pitta is not thought to be under any immediate threat. It primarily lives in submontane forests, often with bamboo stands and fallen trees, most common at 600 – 1200m, recorded from 150m to 1500m.

The breeding season lasts from January to September (with peak March to August). The spherical nest is made of dead leaves, grass, and fibers and it’s placed 0.5 to 2.5m above the ground in a tree.

The Blue-banded Pitta is found in Indonesia, and it is native to the island of Borneo 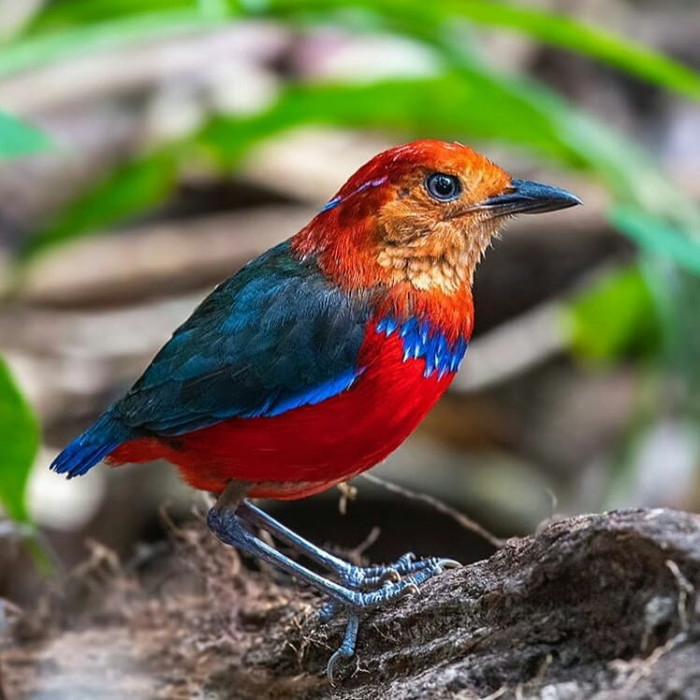 In general, these birds are very shy, which prevents them from being studied in detail. They sometimes show behavior totally surprising to scientists.

For example, researchers observed the pittas making noises without calling to communicate, which is unusual for birds.

The scientist also observed the use of sonations, or non-vocal sounds. These sonations sound like a soft knock on wood and appear to be produced using the wings.

In one instance, after the bird called out for a bit, then it lifted its wings up, puffed its feathers on its belly, and then beat its wings like a drum.

But it can also be found in Brunei and Malaysia 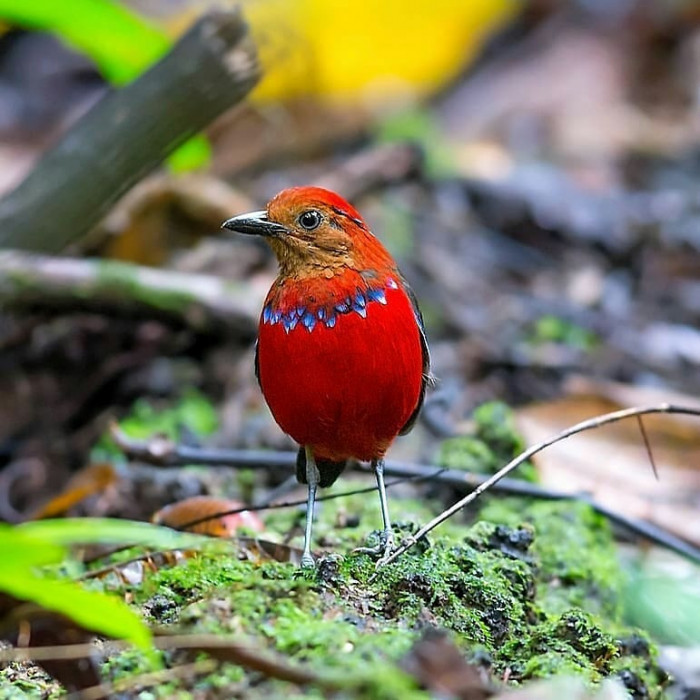 It is a shy bird, and mostly lives in hilly and subtropical or tropical moist lowland forests 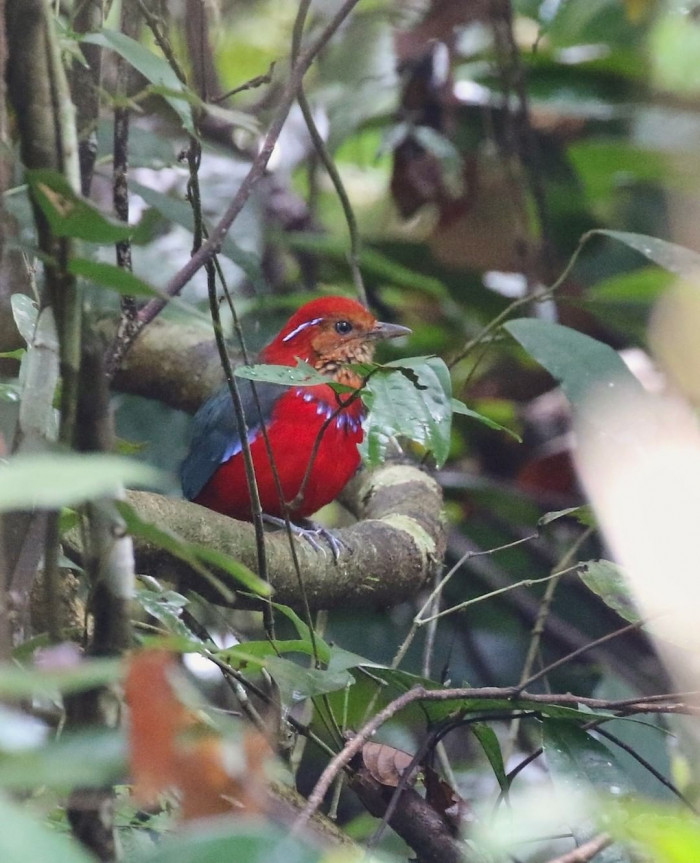 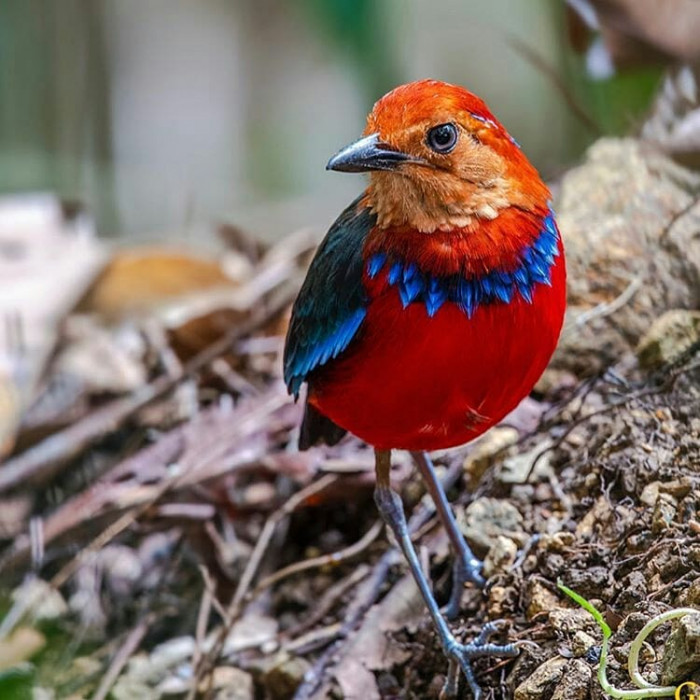 Pittas lay up to six eggs in large round-shaped nests 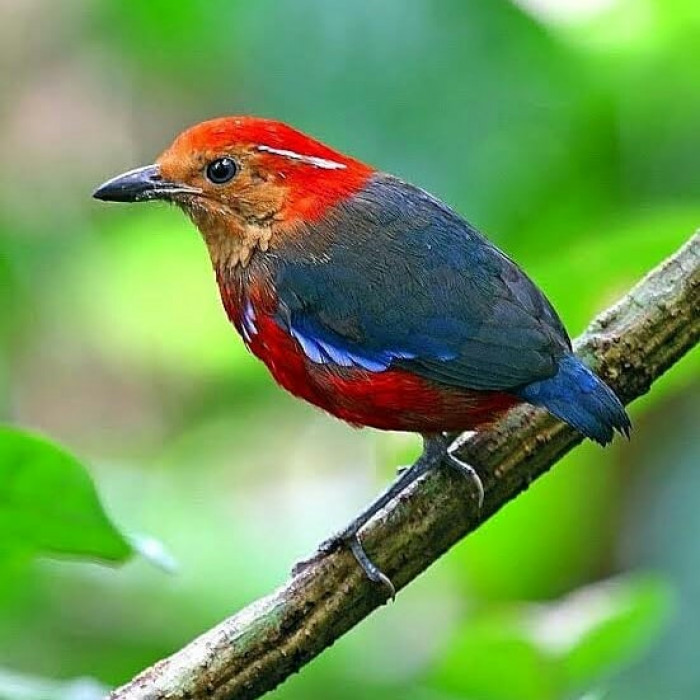 Watch them on video here:
0
SHARES
ShareTweet
Previous
Next