Cat Only Has 2 Legs, But Doesn’t Let That Stop Him From Being Awesome 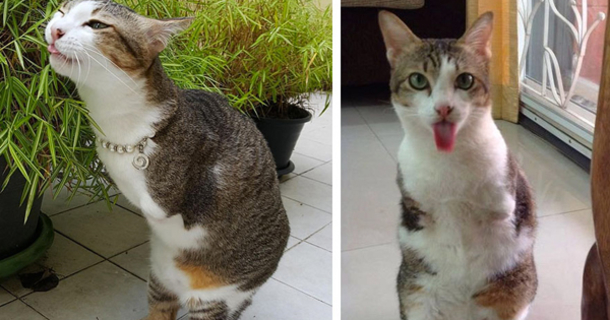 This kitty with two legs can do more than you’d think. And before you feel bad for him, don’t – this cute cat is too busy living and loving life to stand for your pity!
This is Able, a rescue kitty who has no front legs, so he makes do by jumping around like a kangaroo. 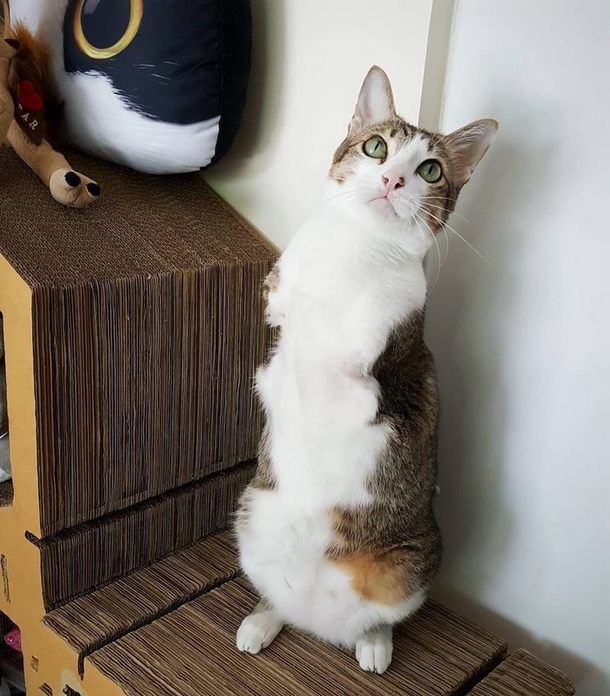 “The first time I saw Able, I felt such energy and inspiration to live my life,” said Able’s keeper, 49-year-old Walai Sriboonvorakul.
And Able’s story is definitely inspirational.
When Able was only 1-year-old, he was trying to catch a bird on the roof, as most cats like to do. However, he accidentally fell on a loose wire and nearly died from being electrocuted. As a result, he lost his tail and front legs.
However, Walai’s generosity saved Able. She rescued him from living a miserable life as a disabled cat on the streets of Chiang Mai, Northern Thailand.
She nursed Able back to health, and two years later, he has made a full recovery.

“He likes to play with children and will stare into your eyes to get what he wants,” Walai says.
Additionally, Able has a sibling named Fin Fin who can’t use her hind legs. The two cats with opposite leg problems are inseparable best friends, and really do complete each other.
After recovering from his awful accident, Able’s got a pretty sweet life. It’s a nice reminder that there’s always light at the end of the tunnel.

And as for Able adapting to his disability, I guess we could give him a “standing” ovation.