Chained Starving Dog With Crystal Blue Eyes, Wagged His Tail When Gets Sausages 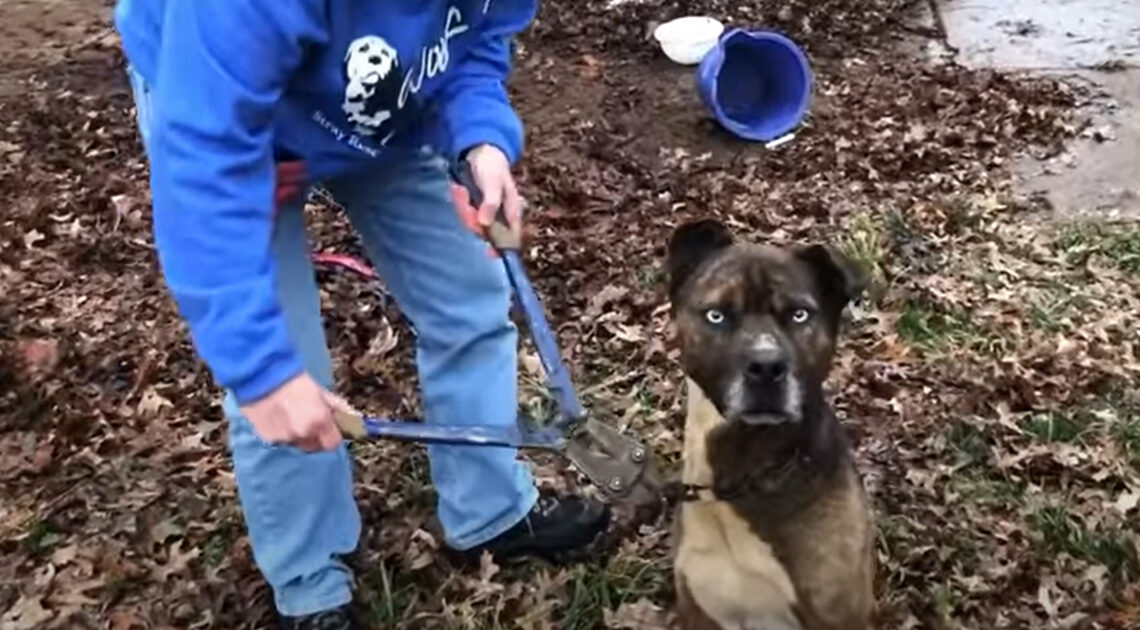 Animals always suffer from neglecting and cruelty, so when the animal rescuers see these things, they aren’t surprised as it is always expected. 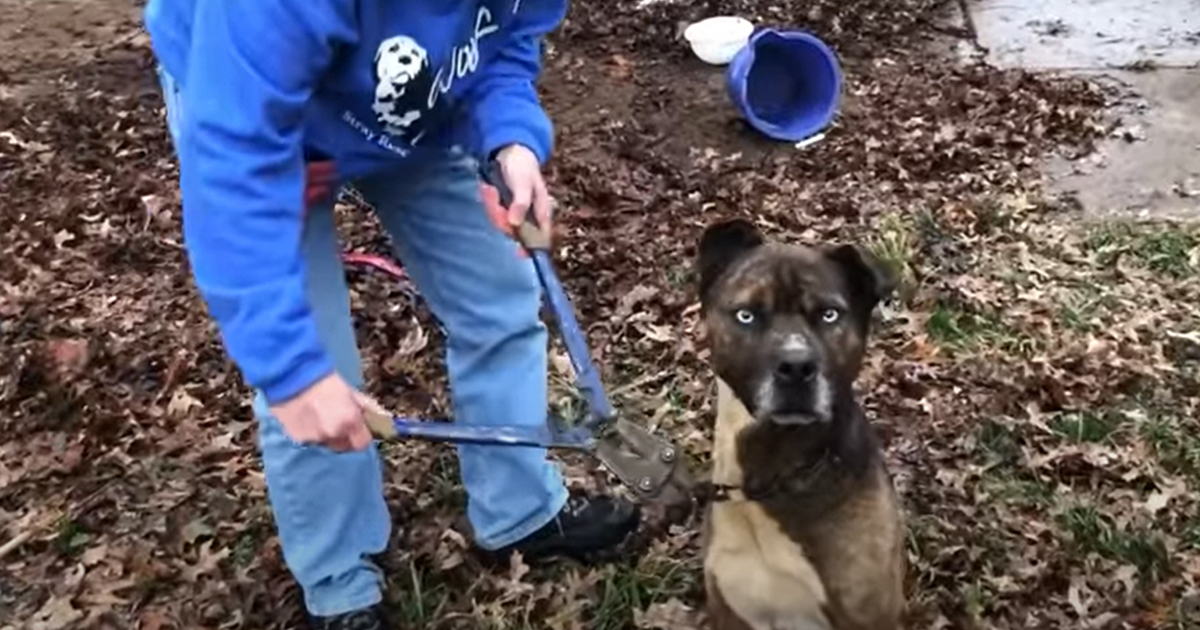 A volunteer from Stray Rescue Of St. Louis called Donna knows that completely but when she saw Cobalt, a poor dog who was about to die because of dehydration and starvation, she was surprised! It was obvious that the dog, who was named for his nice blue eyes, had never had a decent meal as he was chained to a heavy chain, that was attached to the house of his owner. 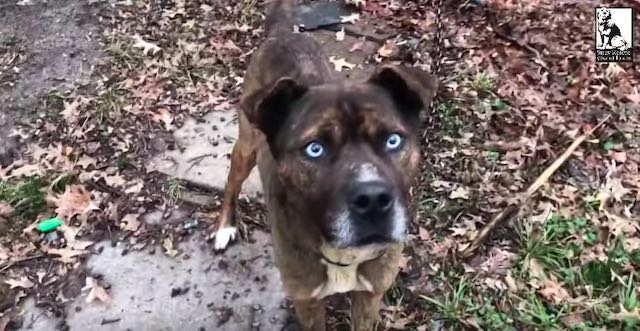 It is known that keeping your animals outdoor for a year isn’t allowed in St. Louis, so Cobalt was helped as he couldn’t live like this. At first, Cobalt was given some treats by Donna as she knew that he needed to eat. She then cut the chain using bolt cutters to free Cobalt. 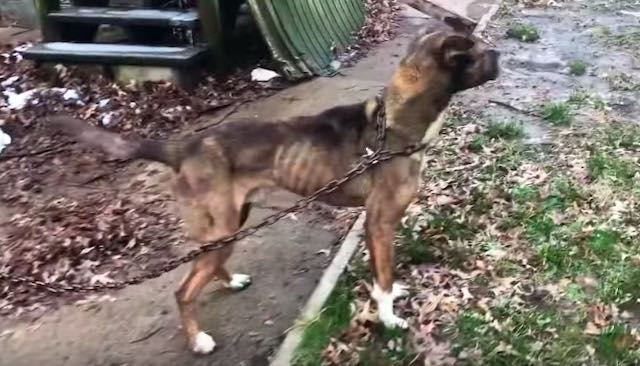 Happily, Cobalt, who is loving and friendly dog, is finally free and he seems to like humans regardless of what happened with him. When he was in Donna’s car, he had a bag of food as he was completely hungry. Thanks to Donna who saved Cobalt. Watch the video below.