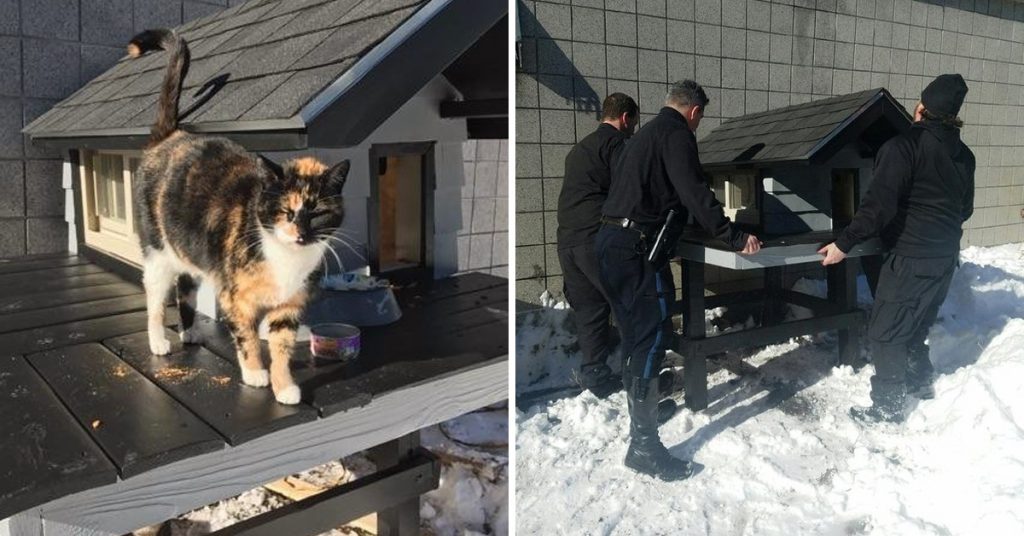 This pretty kitty has one of the coolest names ever; her name is SWAT Cat and she’s about as tough as she sounds.

The tortoiseshell cat got her name after winning the hearts of the Boston Police Department‘s SWAT team.

While living as a stray in Boston, the cat began making regular trips to the police station and after a while, she’d charmed everyone to the point of being considered the police department’s very own mascot.

The officers wanted to treat their feline friend fairly and offered SWAT Cat to trade her life on the streets for a bed and a bowl inside the police station.

But SWAT Cat made it clear that she wasn’t interested in turning her back on her life outside. 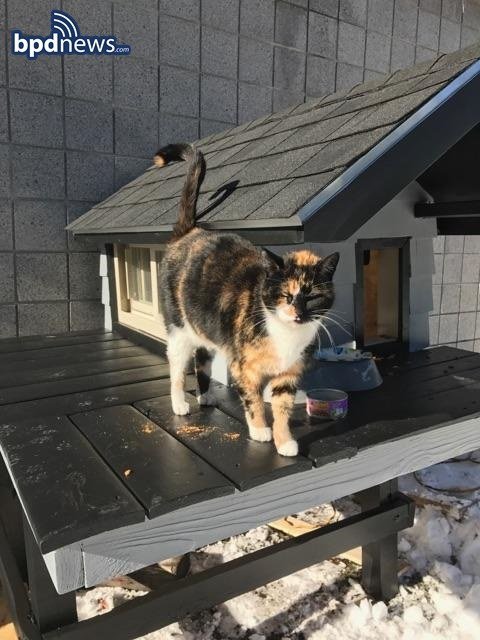 SWAT Cat enjoyed the freedom of living outside, and though she also loved the companionship and safety that the police offered, she wasn’t ready to give up on her life as an independent lady.

She craved fresh air and adventure and simply could not even consider becoming an indoor cat. 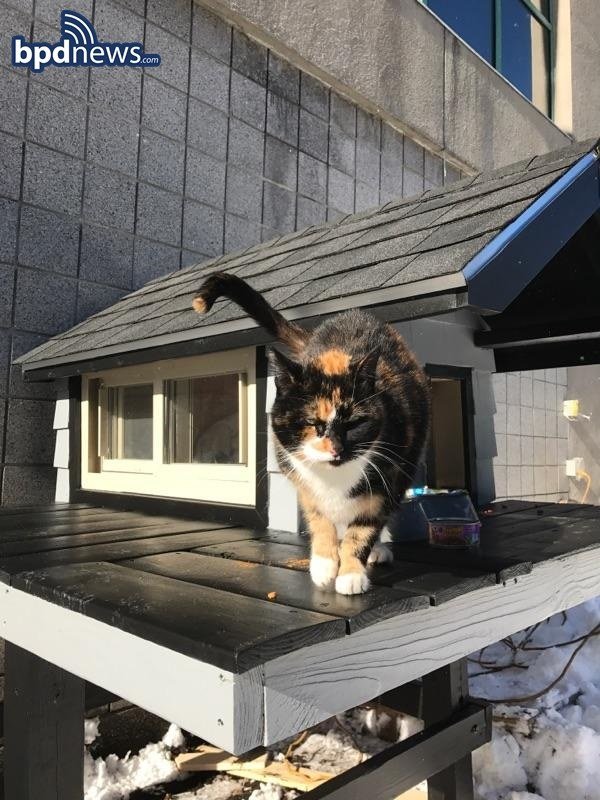 The officers accepted this but still wanted to do something to help SWAT Cat out.

After all, they couldn’t let one of their own remain homeless. 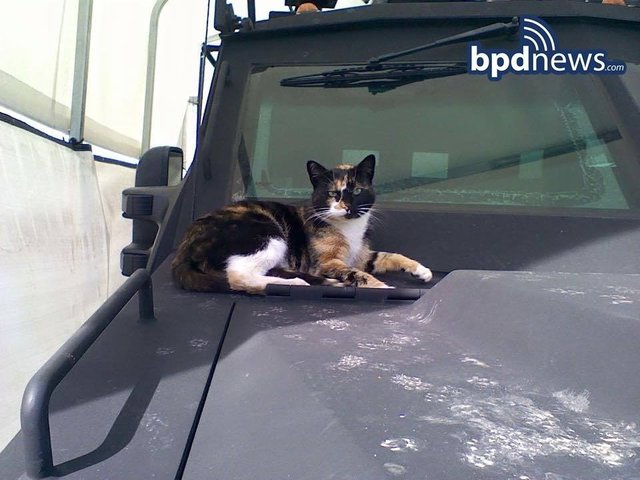 And so, one of the officers had a bright idea.

Pietroski spent several hours, spread out over several days, but when the structure was finished it was clear that all the hard work had been worth it. 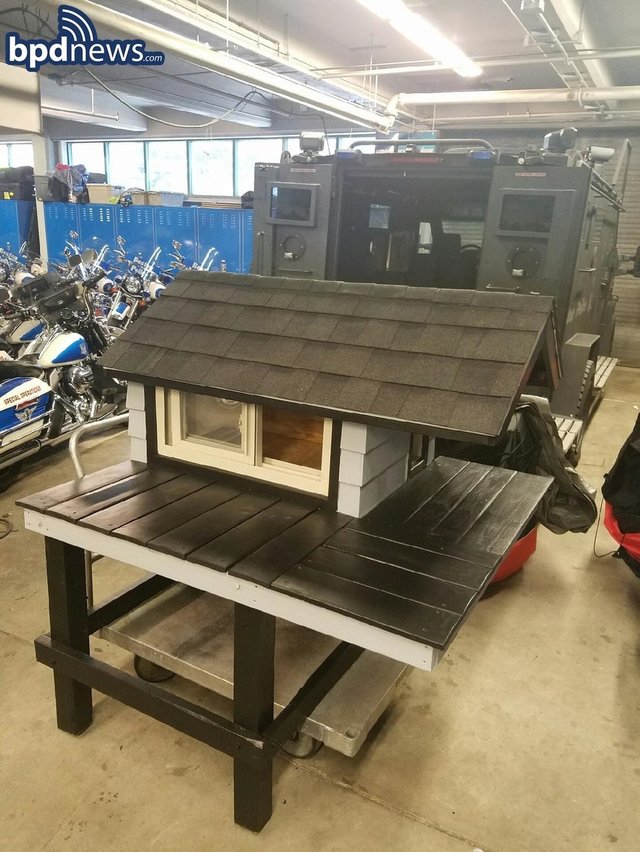 The beautiful house was decked out with sliding glass doors and a roomy porch and had a stylish, open-plan, studio layout.

SWAT Cat absolutely loved her new home and moved in straight away.

Now, she had her very own home to retire to whenever she wanted but was still free to roam the neighbourhood whenever she felt like it. 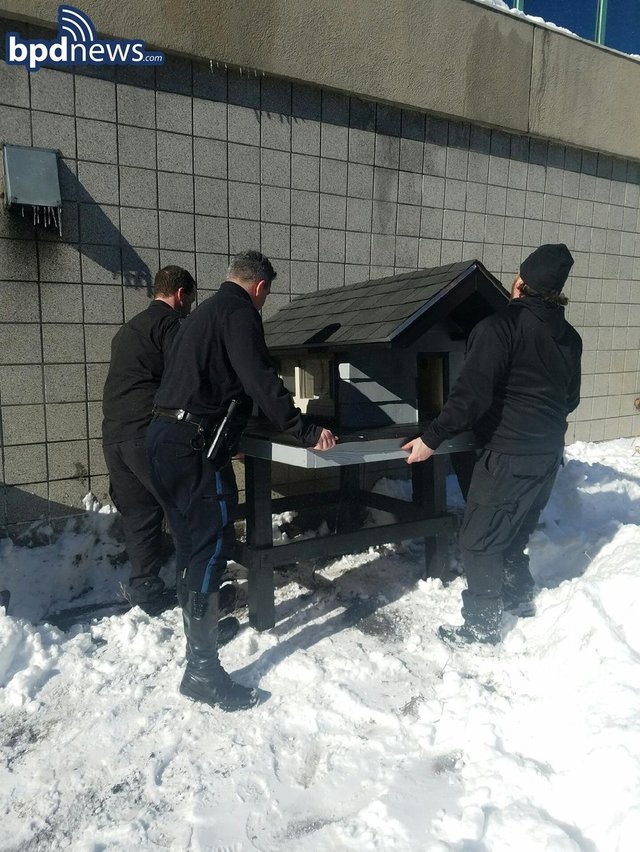 To see SWAT Cat so happy was a joy for everyone in the department, and it’s heartwarming to know that SWAT Cat is loved by so many people.

This little cat can always rely on the SWAT team to have her back, and never has to feel lost or alone.