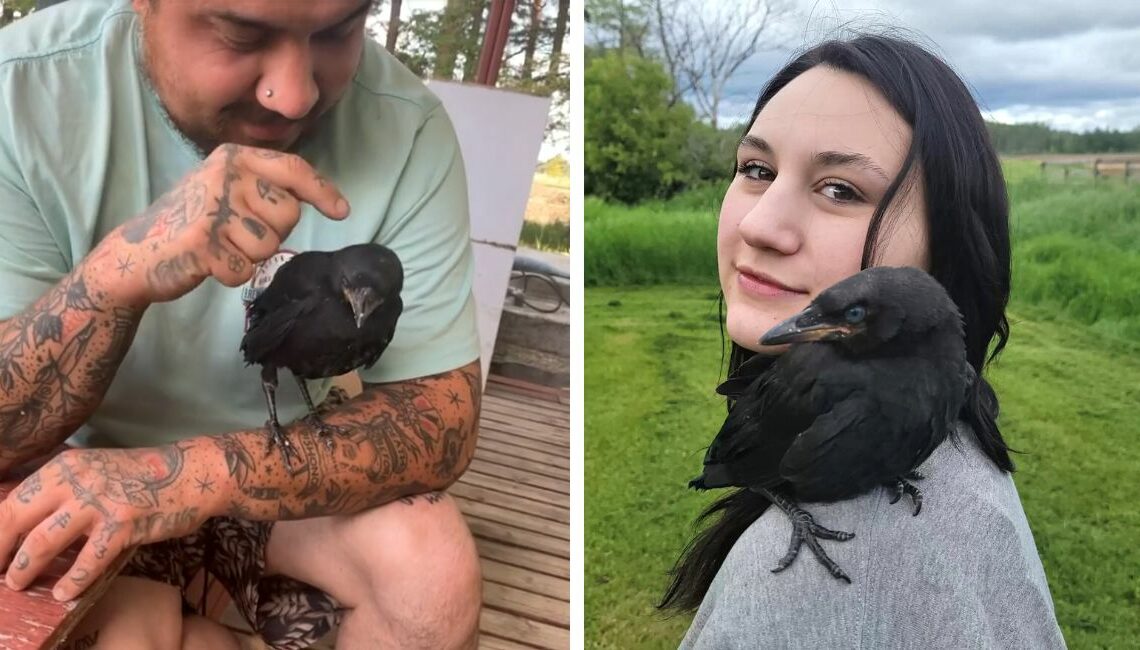 The intelligent bird does not forget the family that cared for him in the past.

Dana Bryce and her fiancé were cleaning the terrace when they heard a very loud and quite strange noise. The sounds came from a baby crow lying on the ground to its fate and requiring help to live.

The couple decided to take him in and care for him until he fully recovered before releasing him back into the wild . As the days passed, the newly arrived bird began to grow fond of the family and a cat they have as a pet.

“We kept him warm in a container with some newspaper and grass with water and we fed him every half hour,” recalls Dana in an interview with The Dodo media outlet . It is worth mentioning that her fiancé suggested that they name this lucky crow after Oscar.

Oscar healed pretty quickly and looked like he was ready to go back to nature. Apparently his mother and siblings were still close to him, so the couple felt confident in releasing him to get on with his life. 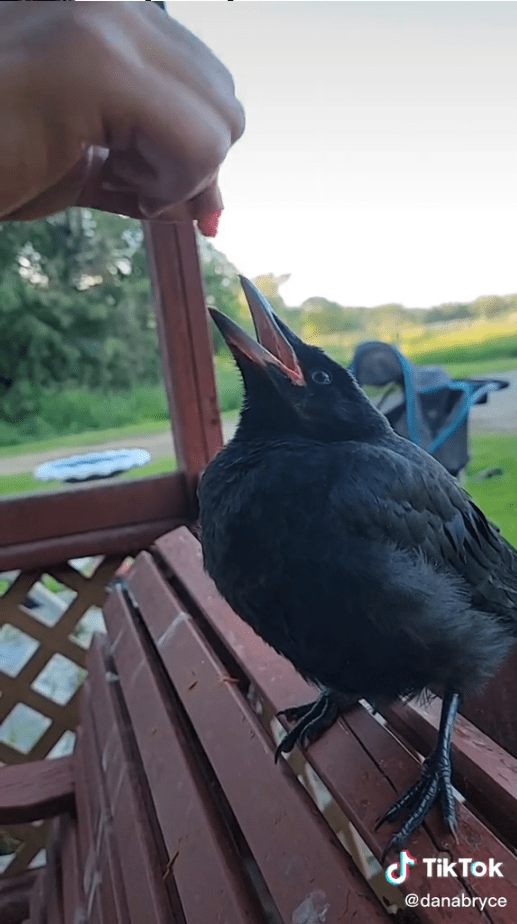 A few days after his release, the couple were enjoying an aperitif on the terrace when Oscar unexpectedly flew down from the trees. The bird snuggled up to them and seemed to be thanking them for saving its life. 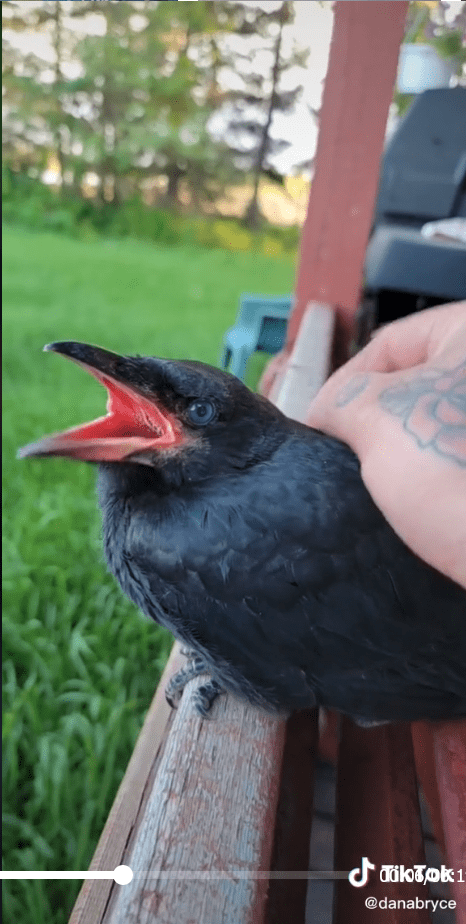 Since then his visits are more and more recurrent. “He stays on the deck and in the trees and visits all day. She likes to jump and land on us and she goes for walks when we go with our daughter. He is very assertive and vocal. He is curious and likes to come into the house and hang out on the windowsills” Dana mentions in conversation with The Dodo . 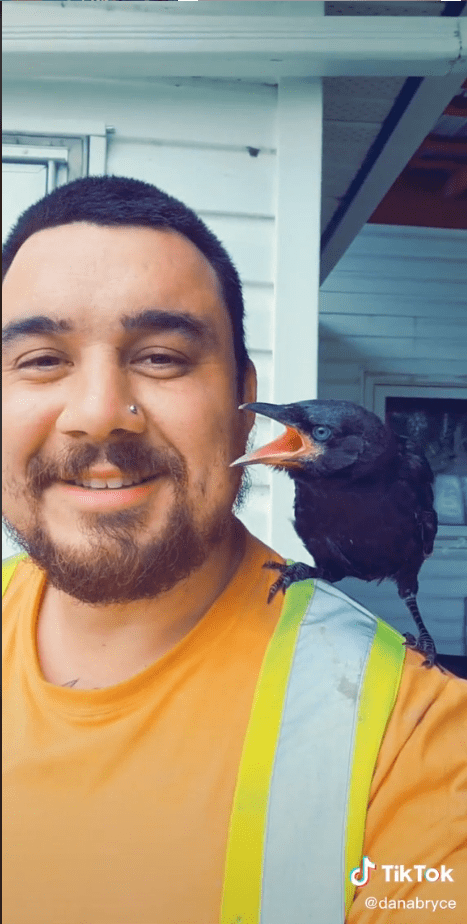 Ravens are very intelligent and Oscar apart from that is very friendly. “He is very friendly with our cat, as she is with him. He landed on her outside once, and she just lays down and doesn’t care at all!” Dana smiles . 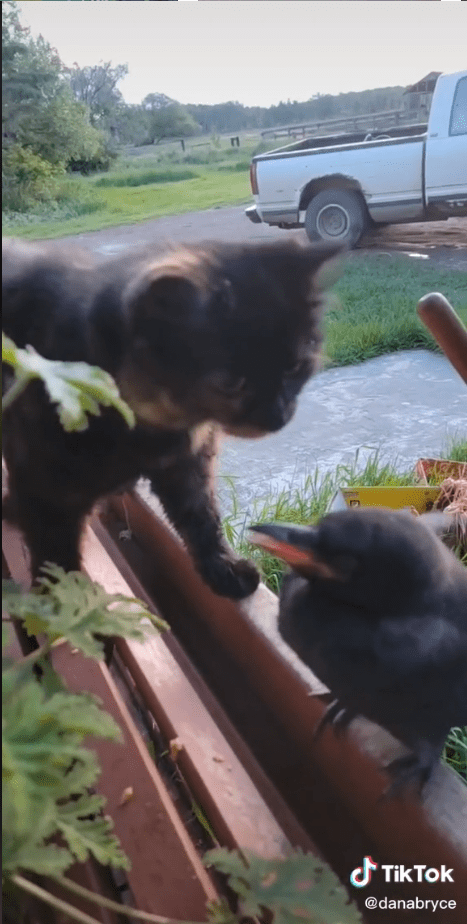