Cyclist rescues abandoned puppy on the road, now they are adventure companions Eduardo Reis is a cyclist who has been dedicating himself professionally to the sport for years; On one of the many occasions in which he went out to train with his friends on remote roads near the mountains, a small mishap changed his life.

When one of their comrades got a flat tire, they decided to stop to solve the problem and stretch their legs a bit; Eduardo walked away from the road when he heard the heartbreaking cry of a puppy tied to a tree in the middle of nowhere. They had abandoned him to his fate! 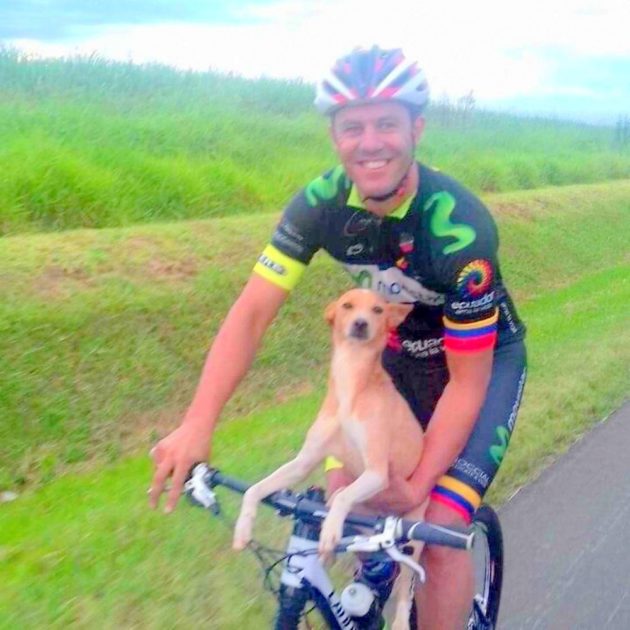 The nostalgic look of the puppy broke Eduardo’s soul; He wondered who could have been capable of such an act of cowardice, and how the weak little dog had survived the heat and rain for so long.

It had probably been tied up for several days!

He is a warrior who deserves the best 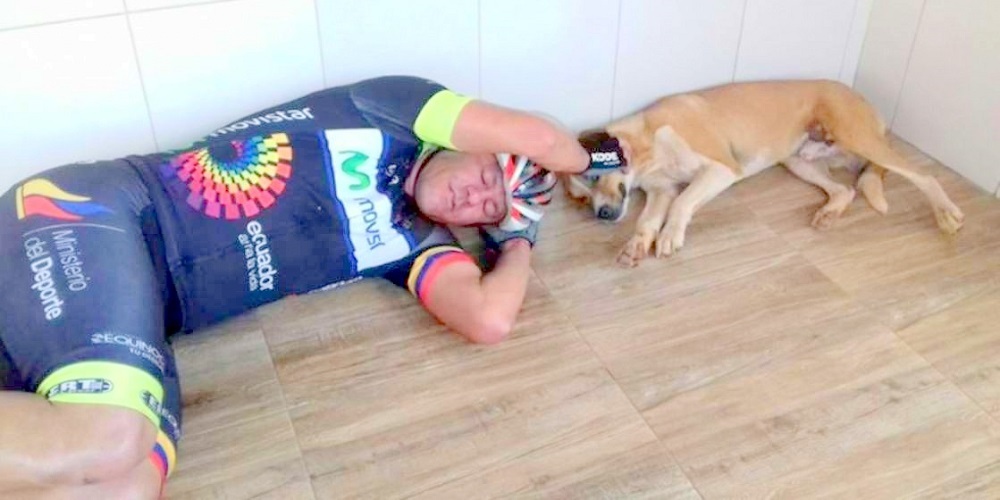 Eduardo did not think twice and when he was released he carried him to where the rest of the cycling team was to break the news:

They would no longer shoot alone, a new member had come to the team and his name is Guerrero!

The start of a great journey

Guerrero, now he is not only part of the adventures on wheels that this team of cyclists lives; in Eduardo he found the family he dreamed of for so long.

Look how happy he is on his way to his new life!