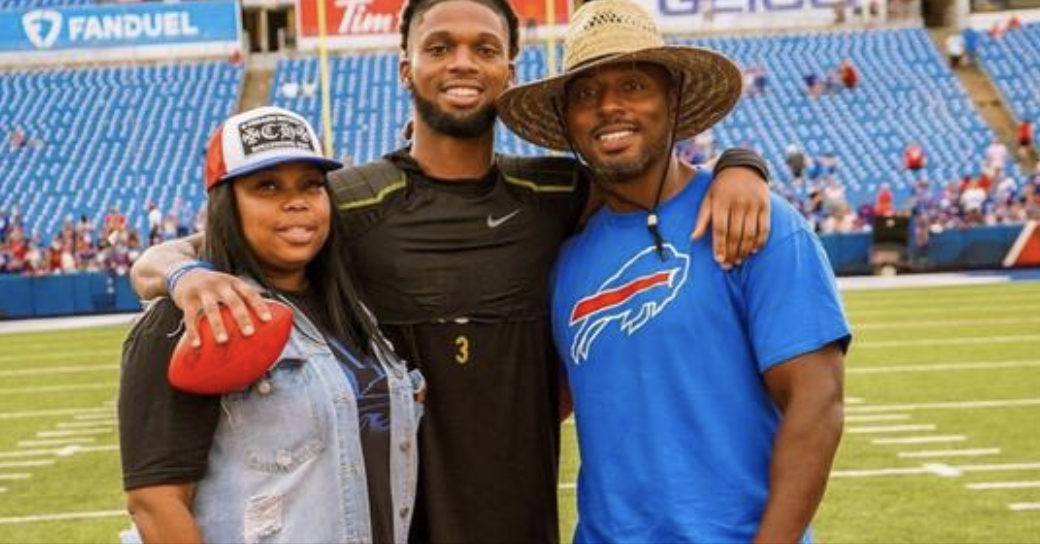 Several hours after Damar Hamlin collapsed on the field, suffering cardiac arrest during the first quarter of the Monday Night Football game on January 2, the NFL has made a decision in regards to the game that was ultimately postponed. 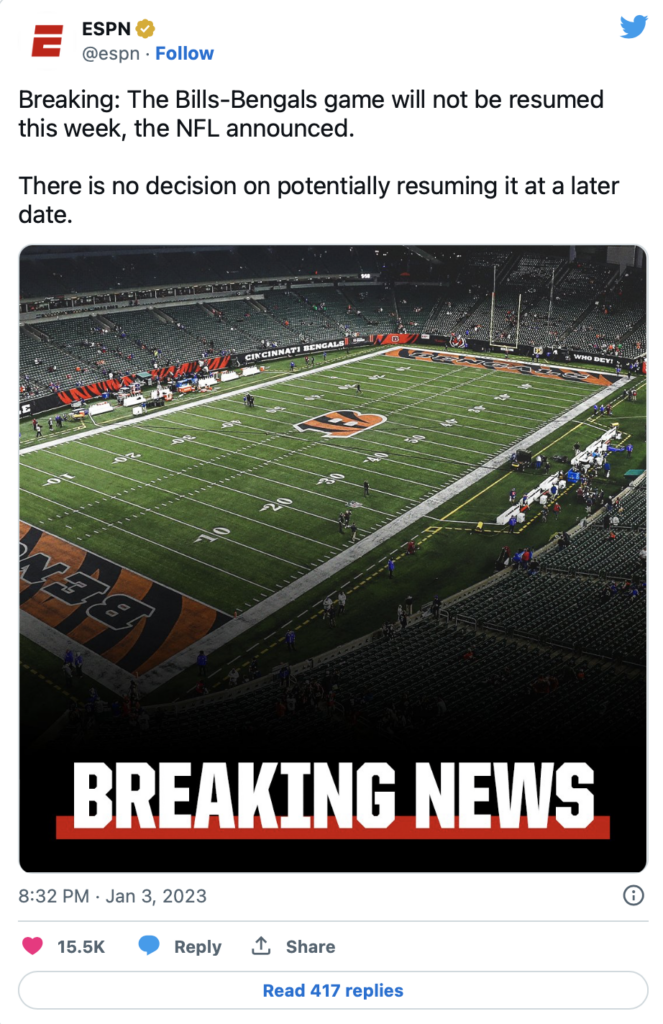 Around the same time, Hamlin’s family released their first statement: 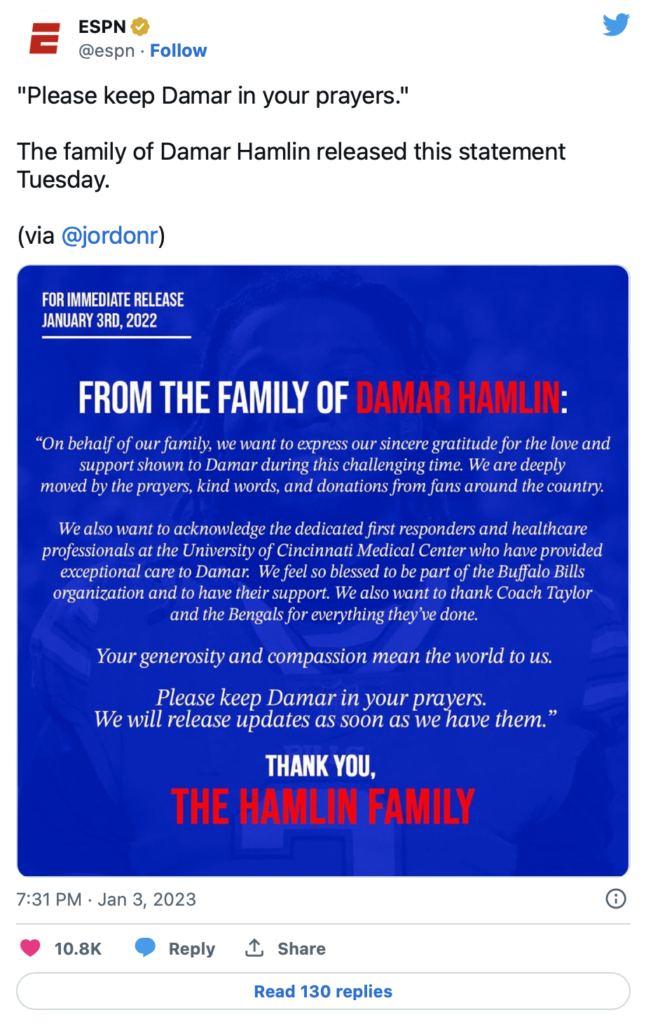 “On behalf of our family, we want to express our sincere gratitude for the love and support shown to Damar during this challenging time. We are deeply moved by the prayers, kind words, and donations from fans around the country,” the statement reads. “We also want to acknowledge the dedicated first responders and healthcare professionals at the University of Cincinnati Medical Center who have provided exceptional care to Damar. We feel so blessed to be part of the Buffalo Bills organization and to have their support. We also want to thank Coach Taylor and the Bengals for everything they’ve done.”

“Your generosity and compassion mean the world to us,” the statement continues. “Please keep Damar in your prayers. We will release updates as soon as we have them.”

As At The Buzzer previously reported, Damar Hamlin, a 24-year-old safety for the Buffalo Bills, collapsed on thefield during the Monday Night Football game against the Cincinnati Bengals.

The NFL at 10:05 p.m. released a statement after canceling the game. You can read that statement below: 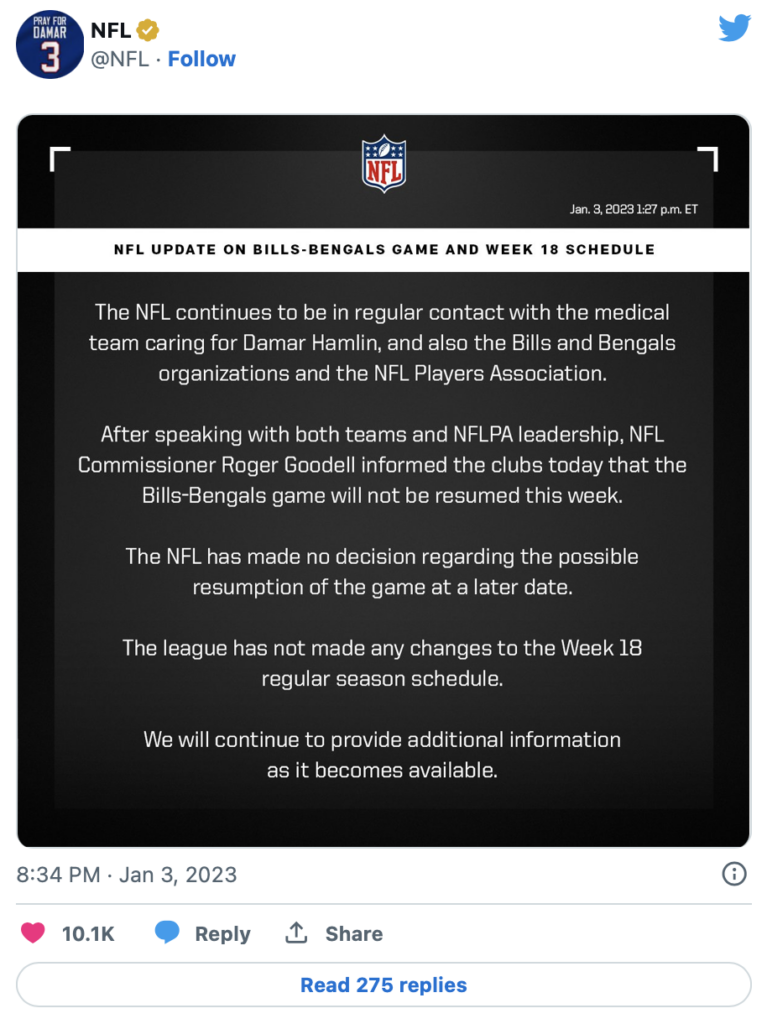 Several hours later, at around 2:30 a.m. EST, the Bills organization issued a second update. It was revealed that Damar Hamlin was still in critical condition and sedated.

It was further revealed that Hamlin’s heart did stop on the field but that it was also restarted before he was put into the ambulance and rushed to the hospital that was located just two miles away.

“Damar Hamlin suffered a cardiac arrest following a hit in our game versus the Bengals. His heartbeat was restored on the field and he was transferred to the UC Medical Center for further testing and treatment. He is currently sedated and listed in critical condition.” 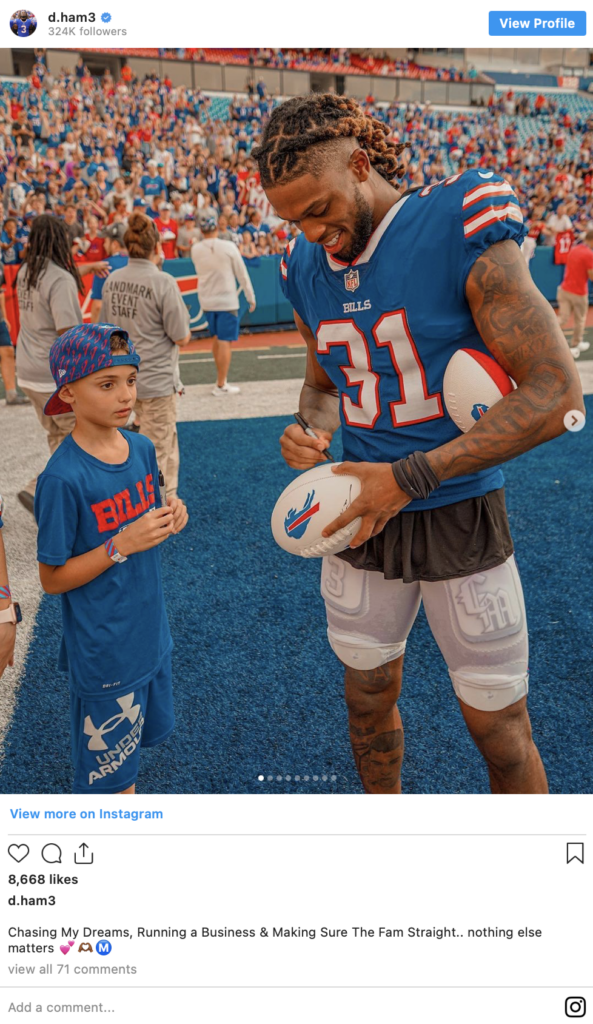 And at around 1:30 p.m. on January 3, the Bills offered another update. “Damar Hamlin spent last night in the intensive care unit and remains there today in critical condition at the University of Cincinnati Medical Center. We are grateful and thankful for the outpouring of support we have received thus far.”

As At The Buzzer reported last night, what was seen on national television was Hamlin going in for a tackle and taking a hard hit. Hamlin gets up from the hit, takes a few steps, and then collapses.

Immediately after he hit the ground, trainers and first responders quickly tended to Hamlin as an ambulance was brought onto the field. For minutes, CPR was administered to Hamlin as his teammates and the world watched in disbelief.

It was a scene unlock any football player, coach, and fan had ever seen. 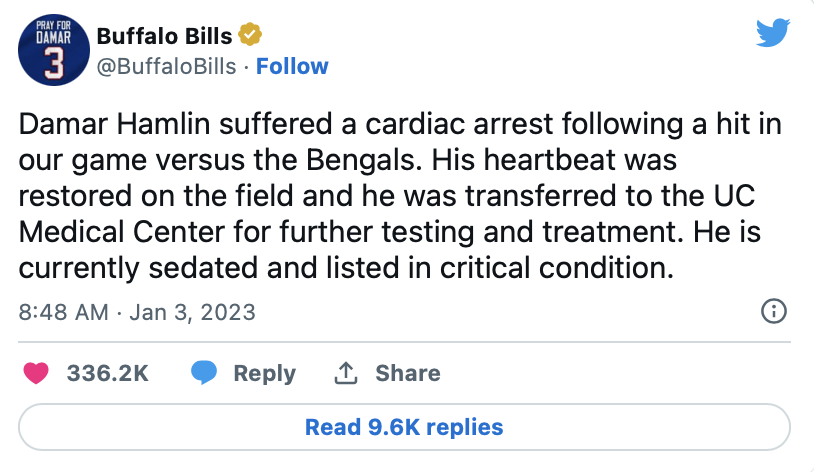 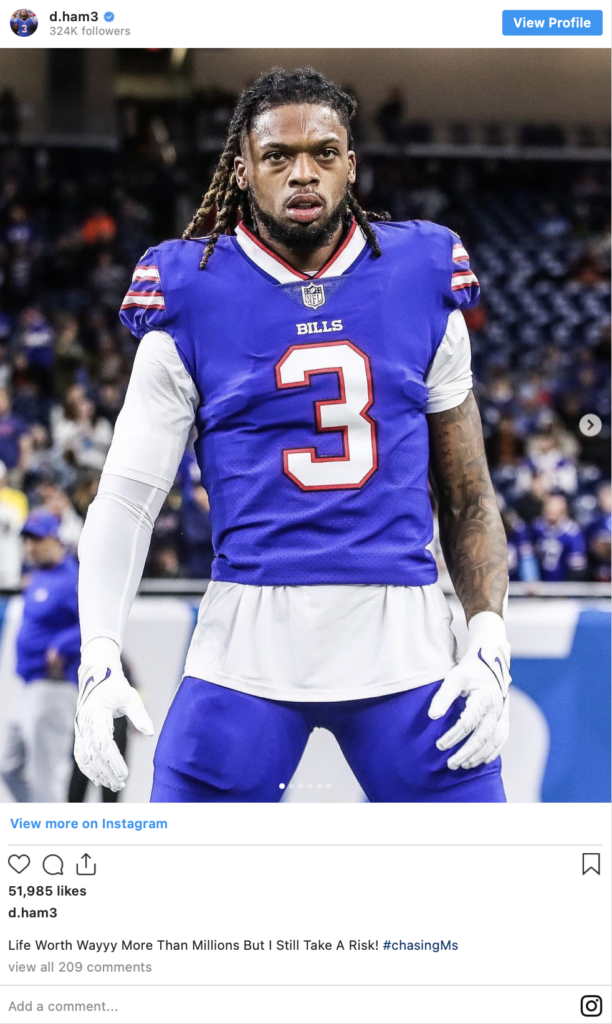 Hamlin was eventually given oxygen and placed into the ambulance. Immediately after Hamlin was rushed to the hospital, the teams made the call to temporarily suspend the game.

No further details are known at this time. Our thoughts and prayers are with Hamlin, his family, and the rest of the Buffalo Bills organization.