Devastated Dog Desperately Tries To Dig Into His Owner’s Tomb 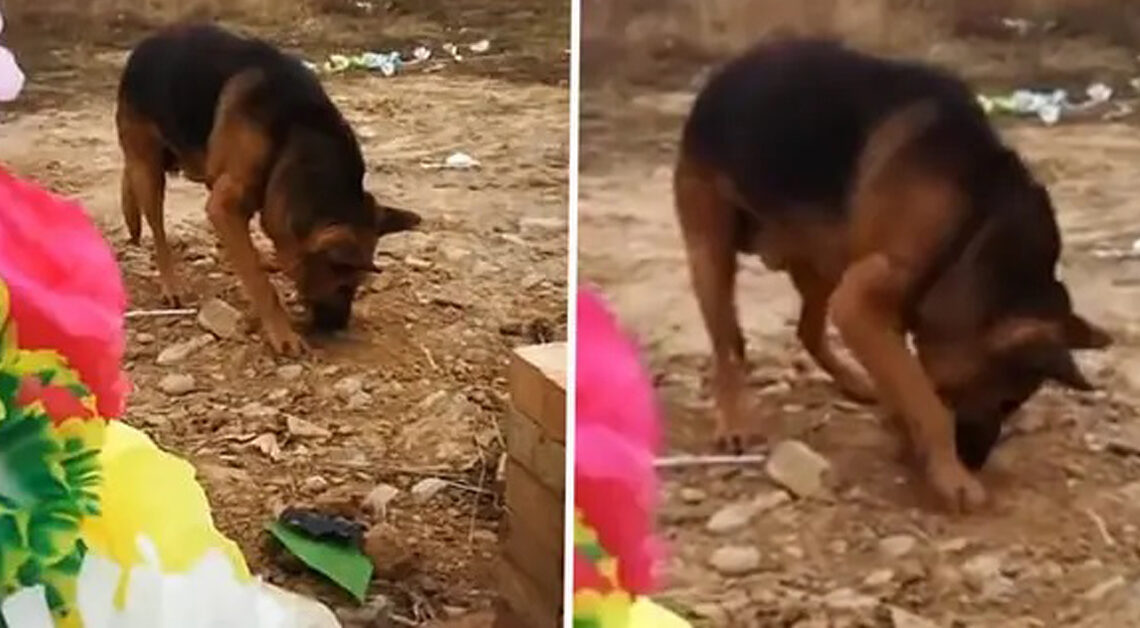 There is no doubt that dogs are one of the most loyal creatures on earth and this story proves that perfectly. The dog in this story was heartbroken after his owner died in the county of Fuping, Shaanxi, in China and tried to dig into his tomb after he was buried. 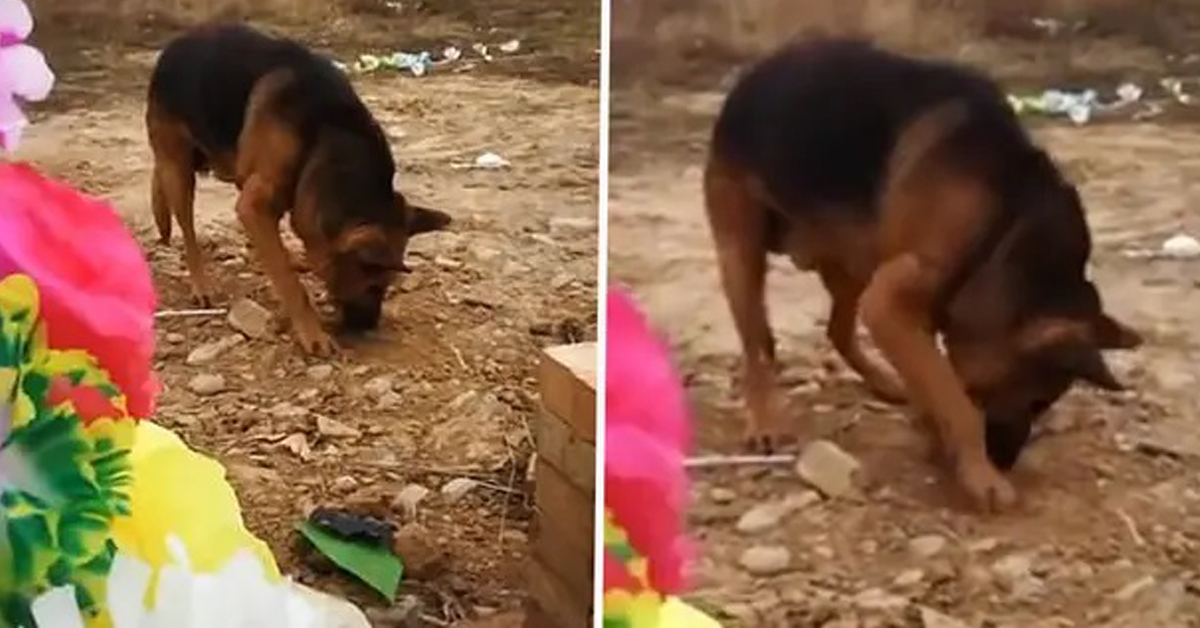 Huzi, the 12-year-old dog, refused to leave and would not stop digging into his owner’s tomb, according to the man’s daughter. Wu, the grandpa, who died from an illness, lived a long time with Huzi, who has not forgotten his owner. 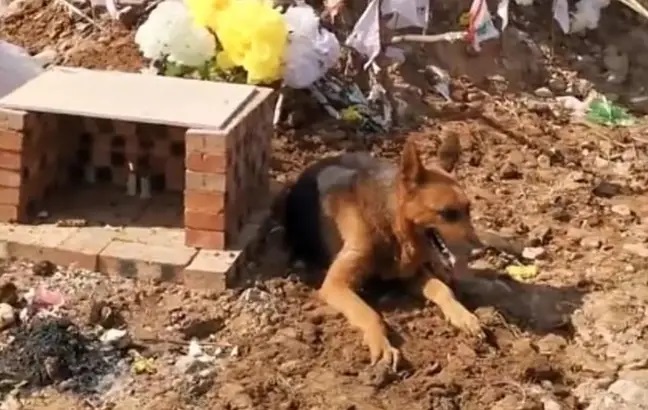 You can see in the video below the dog started crying when they went to the tomb! He also refused to leave it. Being so loyal, Huzi refused to drink or eat for a whole 3 days after the death of Wu! He started eating again as soon as he had visited the grave! How loyal! Watch the video below.