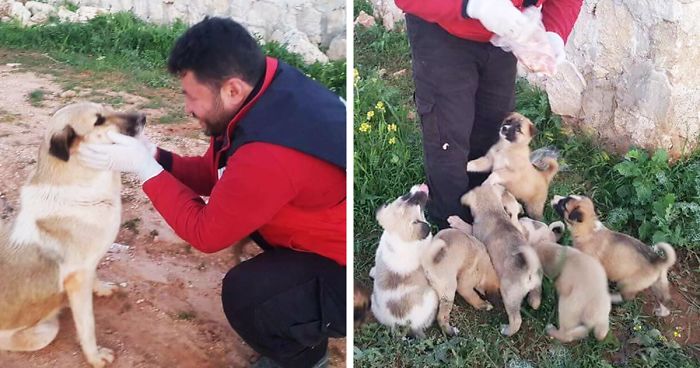 Do you remember Syria’s ‘cat man of Aleppo’, also known as Alaa – a guy who became famous for saving animals throughout the war in Syria? A man who stayed with them until the very last second he had to flee for his life? Well, after spending a few months in Turkey, he’s back. He’s working on re-establishing the sanctuary for the homeless cats – and has just rescued a dog and her 15 puppies! See, his heart is open to both dogs and cats, and he’s almost a saint when it comes to helping animals. 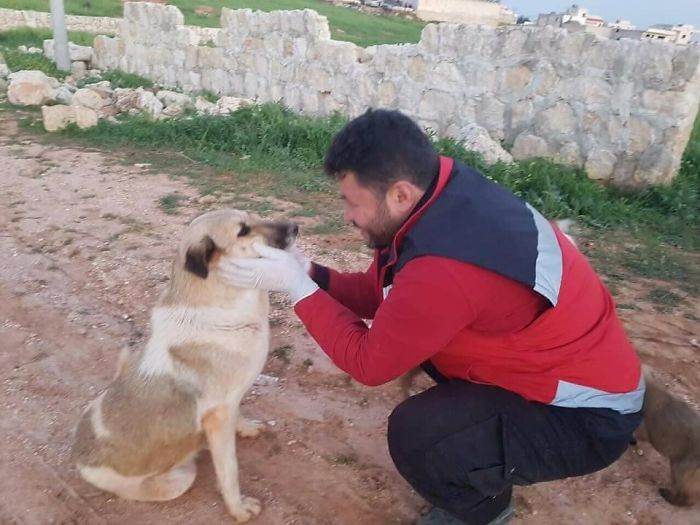 Last month Alaa, who is an ambulance driver, found a hungry doggo hiding in an open field. When he came closer, ‘the cat man of Aleppo’ saw 15 cute pups – and he wouldn’t be who he is, if he didn’t help. See, his heart is open to both dogs and cats and he’s almost a saint when it comes to helping animals. 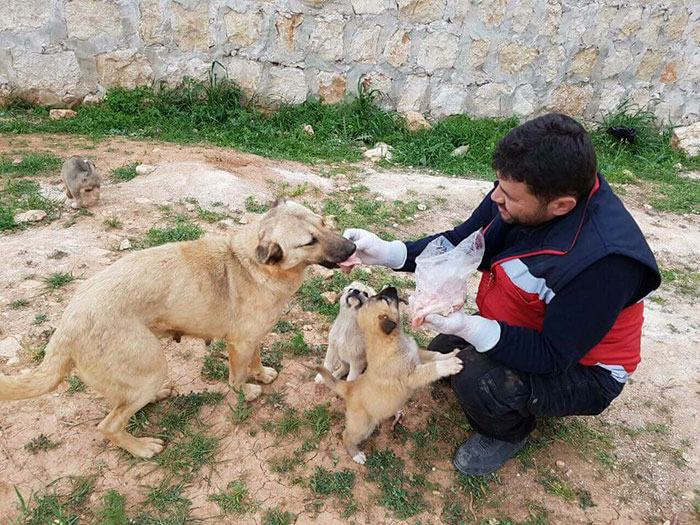 Now the guy goes and feeds the canine family every day and is preparing the spot for the doggie and her puppies in his sanctuary. “We want to build a house for them,” Alessandra Abidin, the rescuer’s friend who runs the private Facebook group for Il Gattaro d’Aleppo (“the cat man of Aleppo”) from her home in Italy, told The Dodo. 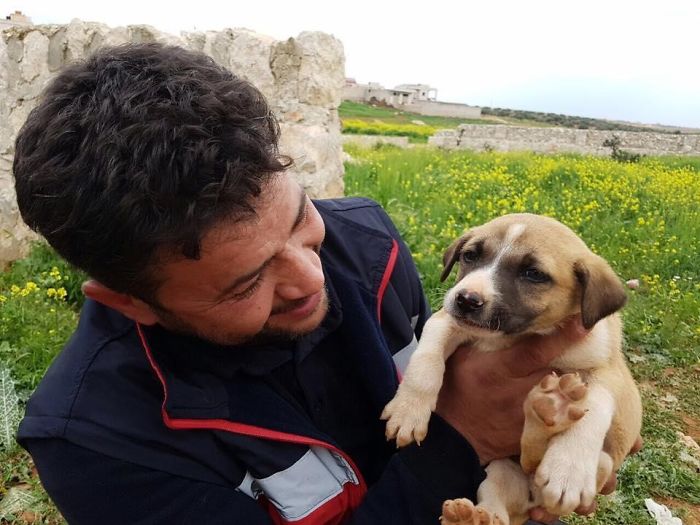 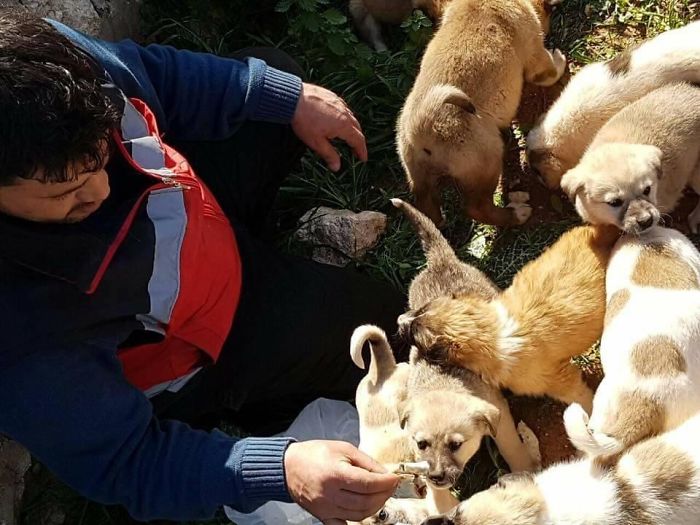 Good on the mamma dog – she couldn’t find a better person to help her and her babies! 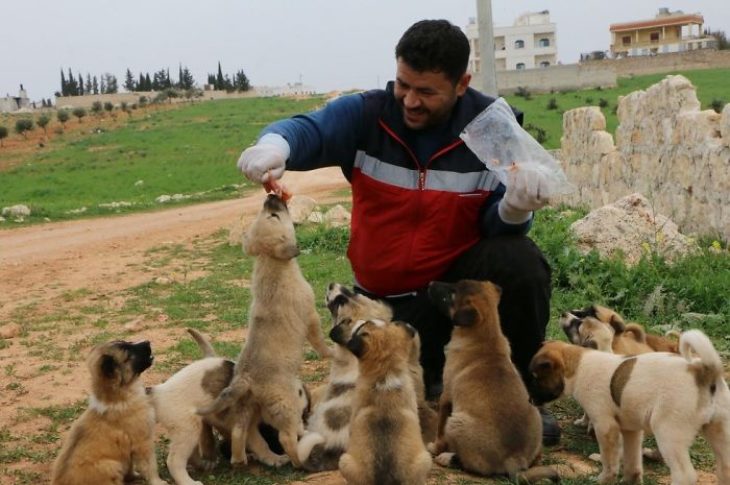