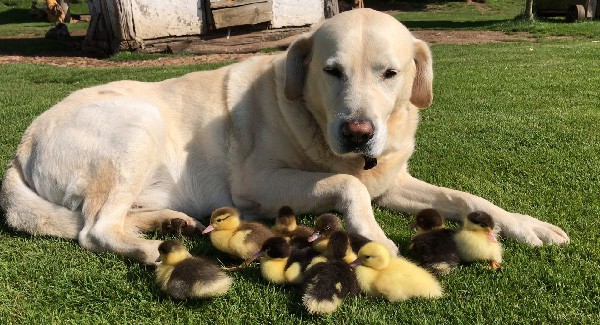 A loving Labrador who hit headlines last year after adopting nine ducklings is now back touching hearts across the nation with six new fledglings to look after.

Fred the Labrador has grown up surrounded by animals of all shapes and sizes. As the resident dog of Mountfitchet Castle in Stansted, Essex, a reconstructed Norman castle, Fred has been a gentle and loving presence to anyone who visits the tourist attraction. 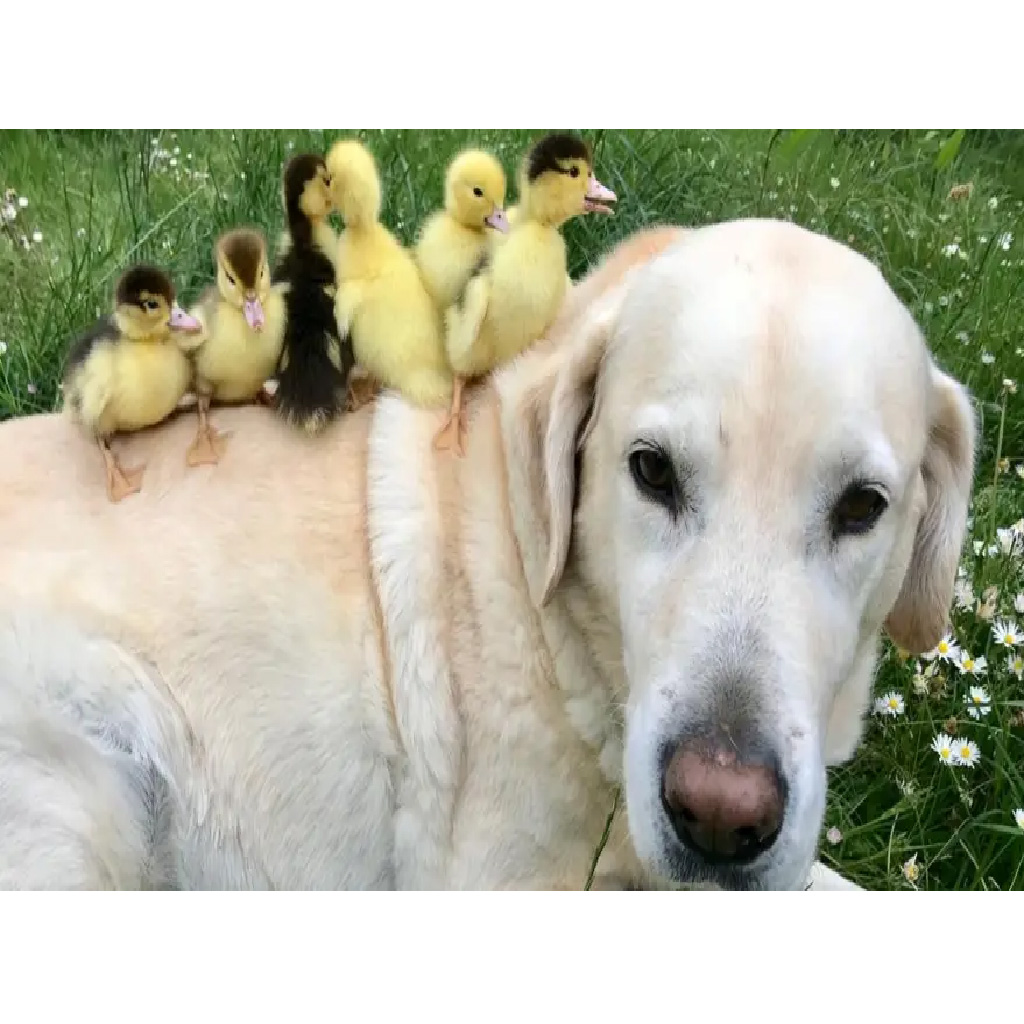 The historic site was also a Roman signals fort and later a Saxon and Viking settlement before being attacked in 1066 by William the Conqueror. 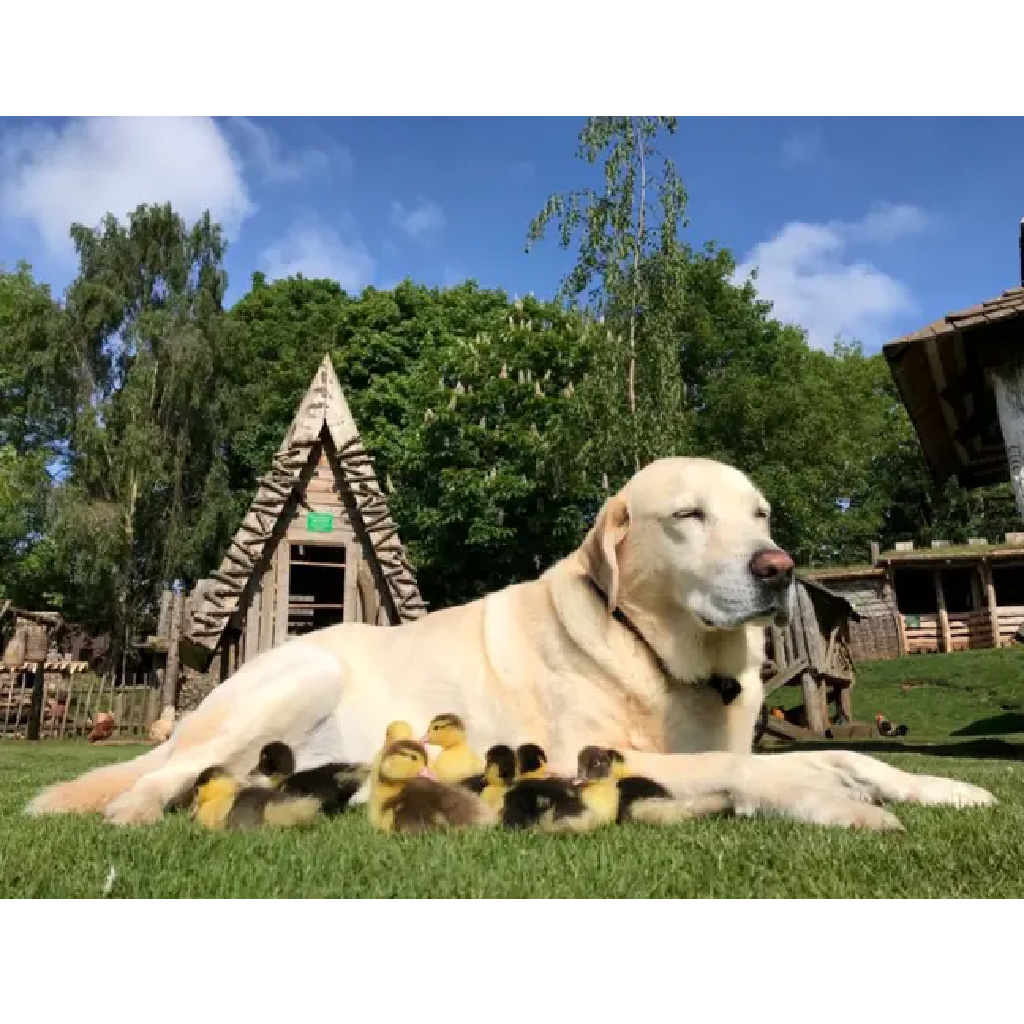 On Thursday, castle staff spotted nine little yellow ducklings aimlessly wandering the bustling grounds. Now at the ripe age of 10, Fred’s paternal instincts are finally being put to the test. 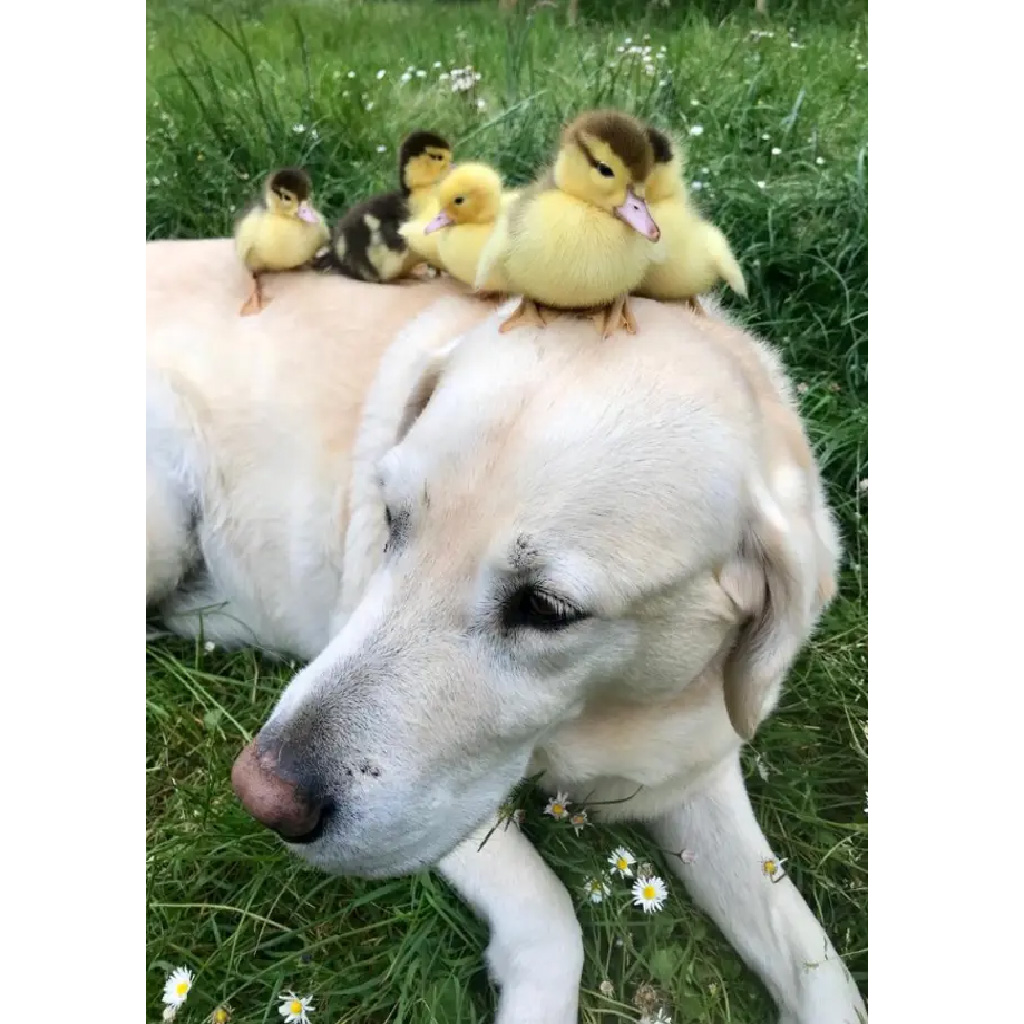 The ducklings’ mom was nowhere to be found, though it is believed she may have been snatched by a fox shortly after her chicks hatched. Without a parent to guide them, the chance was slim that the ducklings would survive the perilous journey to the water.

“The team was very worried about the ducklings, but Fred … immediately took to them and has been babysitting ever since,” a post explained. 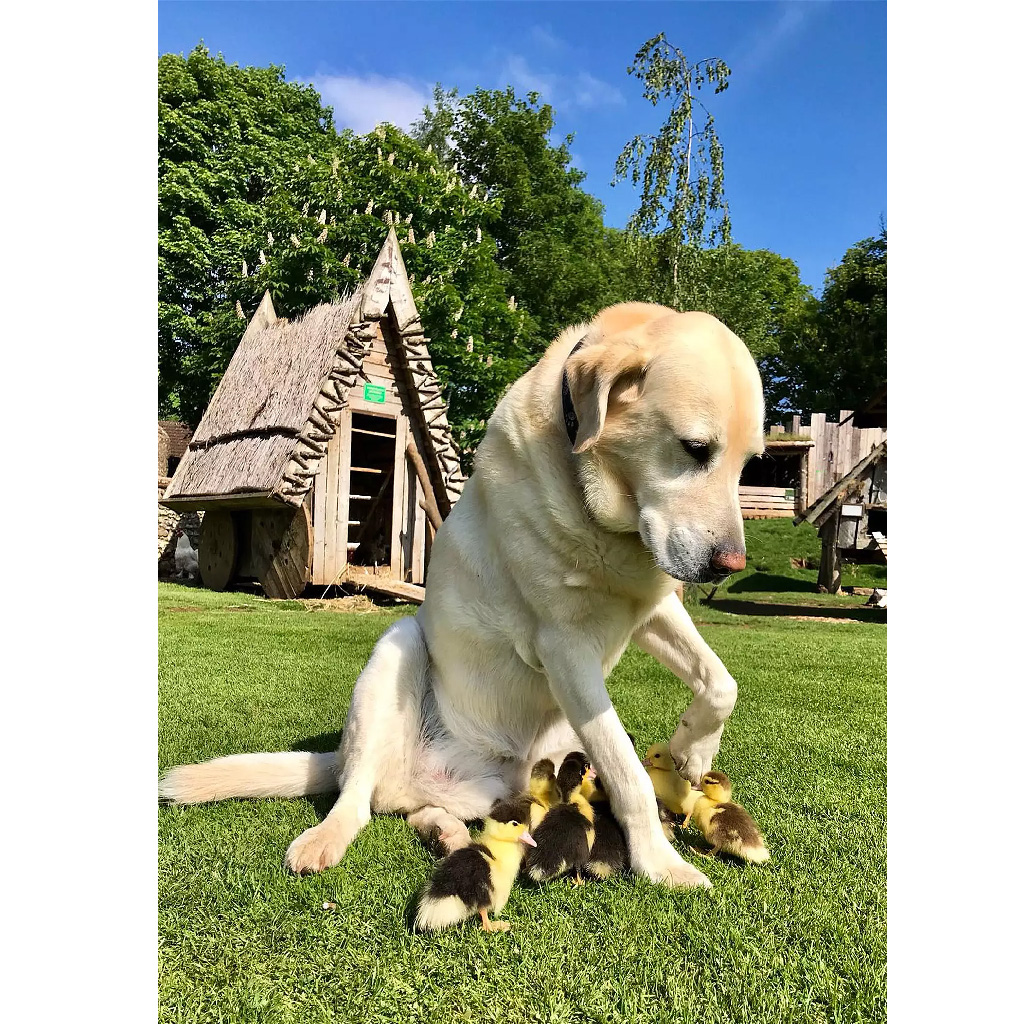 He is said to have taken to the job ‘like a duck to water’. He goes swimming in the moat,’ explained Mountfitchet owner Jeremy Goldsmith.
‘Ducklings that age, they just want a mother and they now have Fred, a stay-at-home dad.’

Goldsmith added: “Fred indicated straight away that there would be no ducking out of his duties as he settled in around them. Within minutes the ducklings accepted their odd-looking new mum and were climbing all over him.” 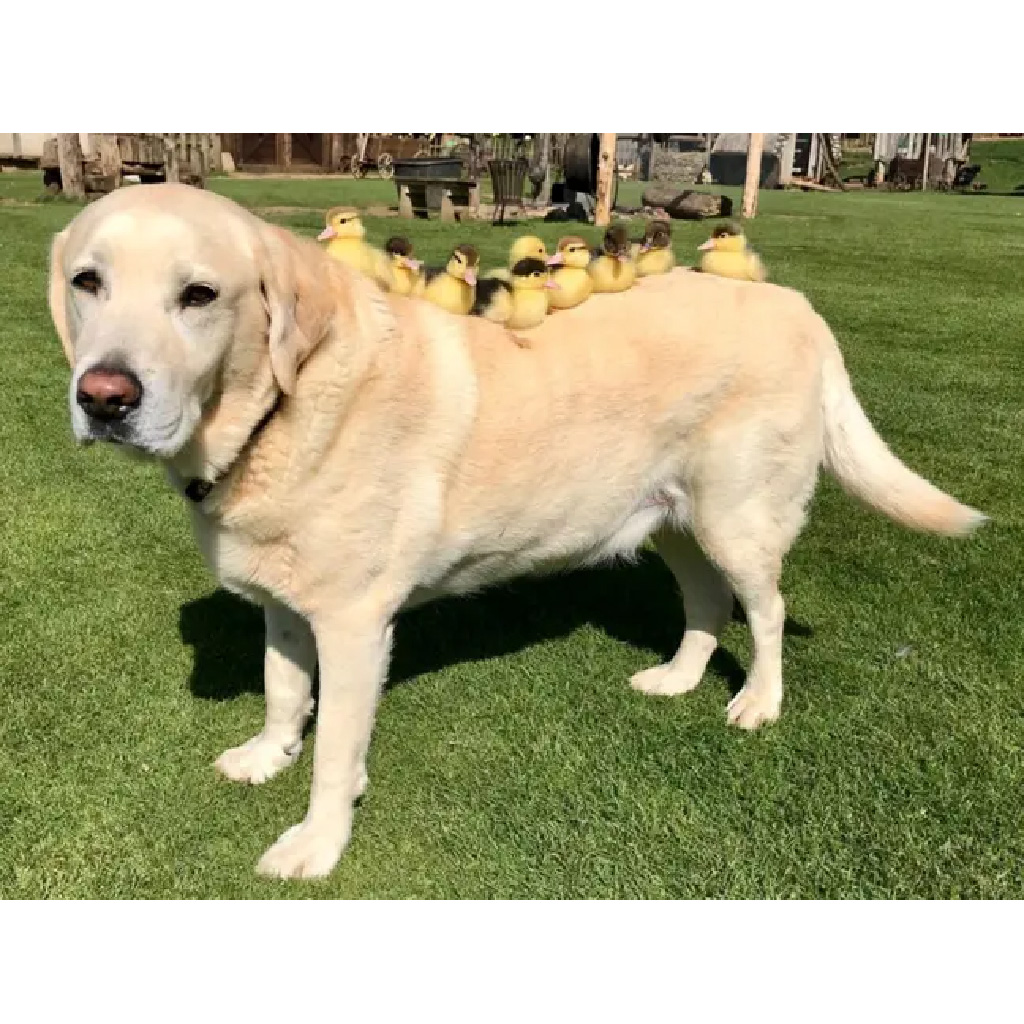 Fred may be a bit larger and furrier than the ducklings’ mom, but over the past week, he has proved to be an ideal foster parent.

“He has grown up with me and my wife Jo in the castle and our house with rescued animals,” Jeremy Goldsmith, the owner of the castle, told. “We even had a squirrel in the kitchen for six months we rescued from the roadside.”