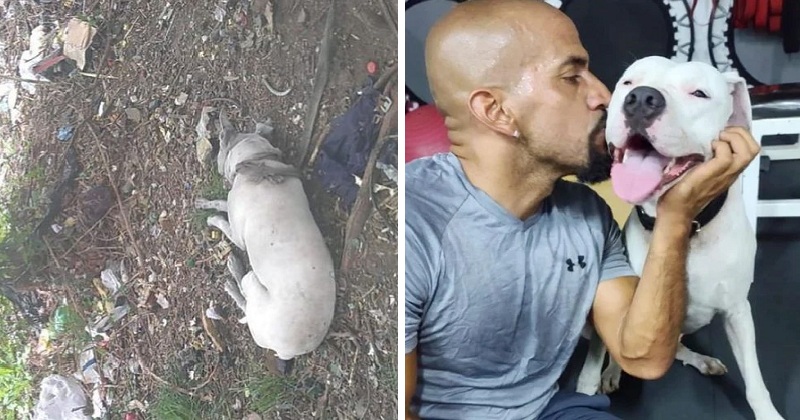 It’s a heartbreaking reality that many dogs are abandoned by their humans. A beautiful dog was tied to a tree in the middle of a deserted area of Argentina, in Merlo. He had been left without food and water for days, and showed signs of having suffered physical abuse. 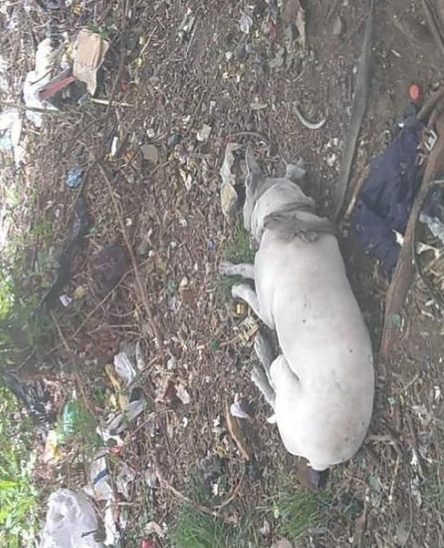 For the local residents, who luckily found the puppy in time to save him, there was no doubt. They had left him there with the intention that he would lose his life in total loneliness.

He didn’t allow anyone to come and help him for fear of receiving more mistreatment from humans. 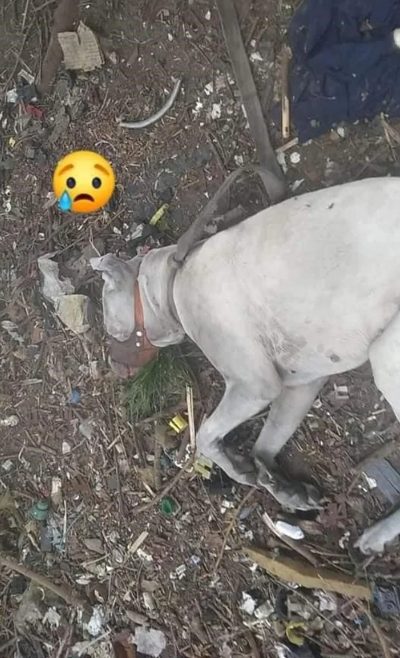 But helping the furry one was not easy. That’s because, after his bitter experience, it was impossible for him to trust humans. So the neighbors contacted an NGO in the same area, lead by Macarena Medina, who coordinates the animal shelter called Zaguates. 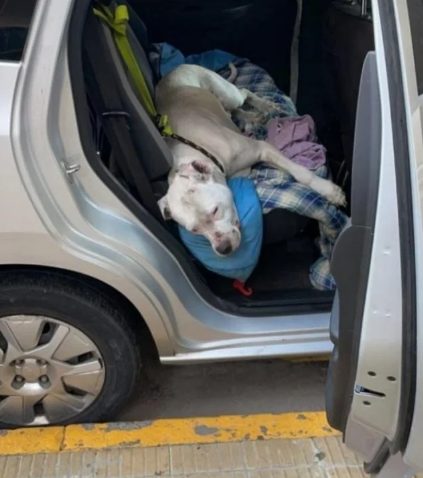 By then, the puppy had been tied to the tree for about 4 days. Social networks, under the hashtag @zaguatesrefugio, mobilized to help him and managed to transport him in a car, even though he behaved aggressively to protect himself.

He was so affected by what he had been through that they had to sedate him to help him. 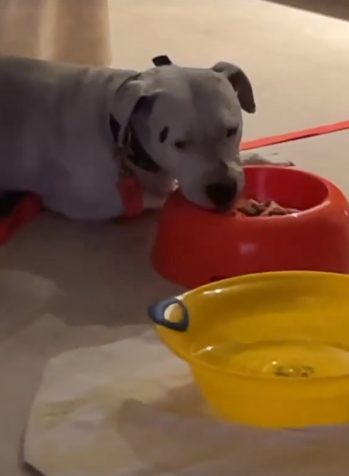 It was then that the former Argentinean soccer player Juan Sebastián Verón, known as “La Brujita Verón”, contacted the animal shelter. He wanted to adopt the puppy, whom he affectionately named Ramón. 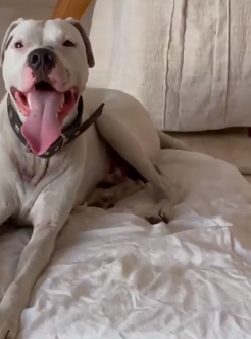 To confirm that he was in good hands, Macarena made sure that Sebastián had no children or other pets at home, as well as having previous experience with Ramón’s breed. The former player met each of the adoption requirements and looked forward to the arrival of the puppy in his new home.

The followers of “La Brujita Verón” voted on the name the dog would have. 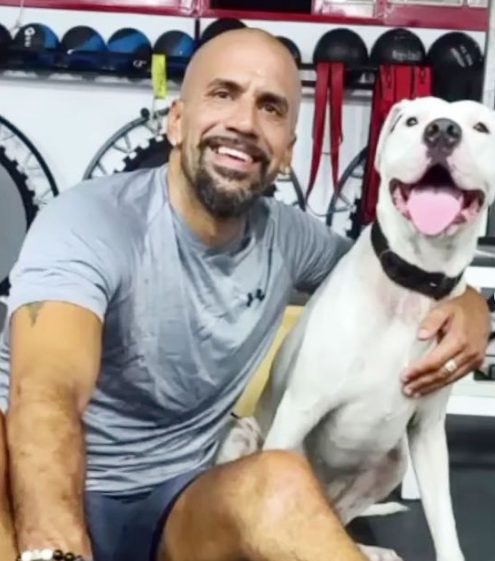 Great was everyone’s surprise when, upon arriving at the former soccer player’s home, the puppy’s behavior changed immediately. Sebastian received him as if they had known each other forever, and the canine responded to his friendship. He was the right person! 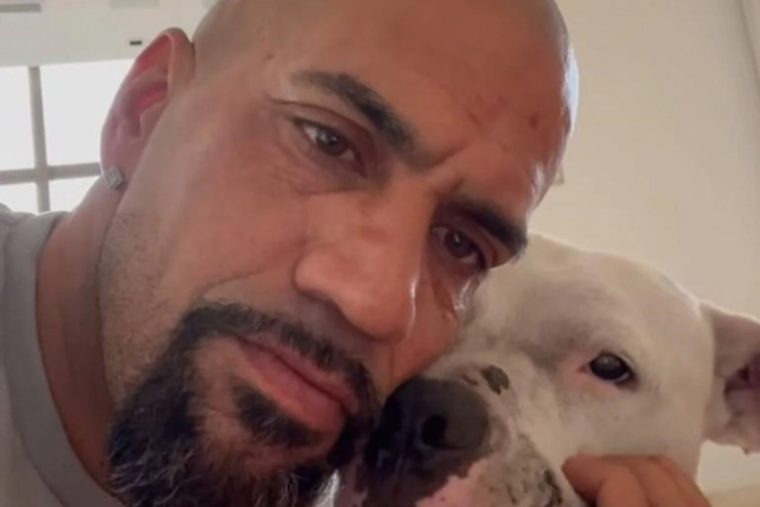 “When he arrived at the apartment, Sebastián received him as if he had known him forever. I was a little tired, but then they went out for a walk and the dog behaved perfectly on the street”, said Macarena. 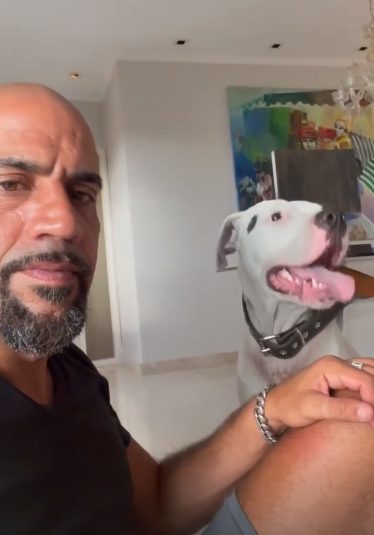 The relationship between human and dog has not stopped getting better and better. Being the clearest evidence of the pure heart of animals, regardless of the breed in question.

“The gratitude of a dog can be seen in this bulldog. A dog that was mistreated, thrown away to die, now you see how he fills Verón with kisses”, said Macarena.

Now he can finally be happy. 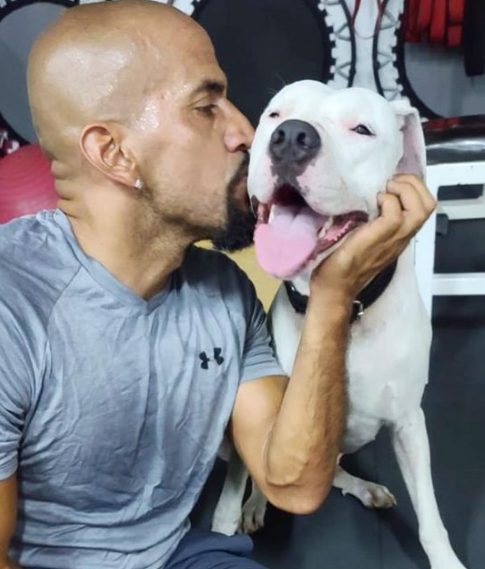 Share this touching story with a happy ending with all your friends. And help raise awareness about animal adoption.