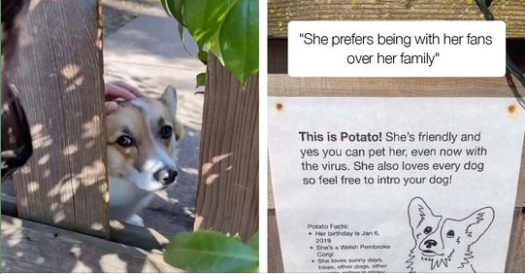 Potato, the dog, loves people. In fact, saying hello to all the friendly people who live in her neighborhood, is her most favorite thing to do.

Potato’s owner, Cee, says Potato has always been an extremely social pooch. “Her personality is like a door greeter at a grocery store,” Cee said.

Potato has always loved to greet her neighbors as they pass by her yard, and the people love to see her. But since the pandemic began, the neighbors have been hesitant to stop and visit with Potato, worried that her family may not want strangers to touch her.

Potato’s family love that she is so loved by the neighbors, and receives so much affection from them. So, they decided to make a sign to let the neighborhood know that it was okay for them to keep loving on her.

“We wanted to reassure people it was okay to pet her,” Cee said. “Plus, she was getting depressed from the sudden lack of attention.”

“She started barking at people she knew who normally pet her who had stopped. And we figured it would be a nice way to be connected to our neighbors and to help people feel a little less lonely during this weird time.”

Potato’s family put a lot of thought and effort into the sign, making sure Potato’s personality would shine through. When they were done, they hung it on their front fence, and people started turning up in droves. 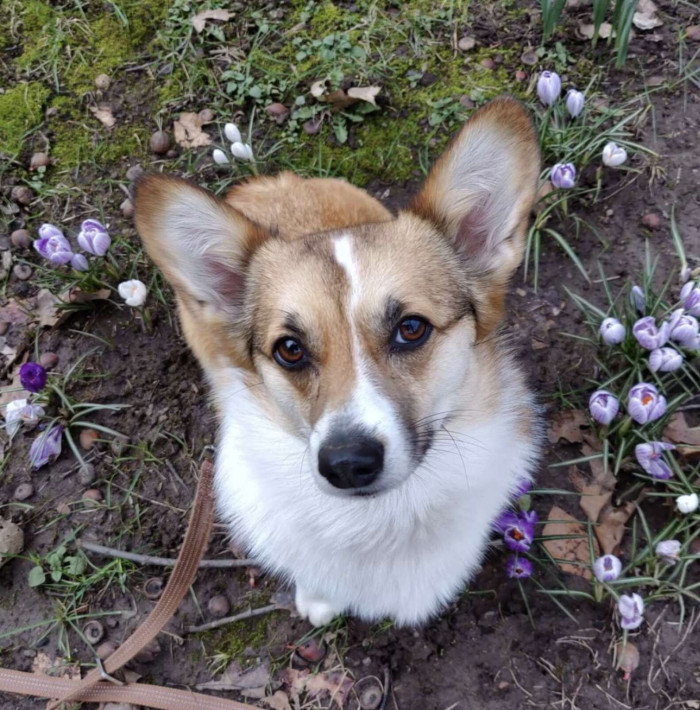 With many people going out for walks as a way to enjoy the outdoors during the pandemic, there have been a lot of passersby. 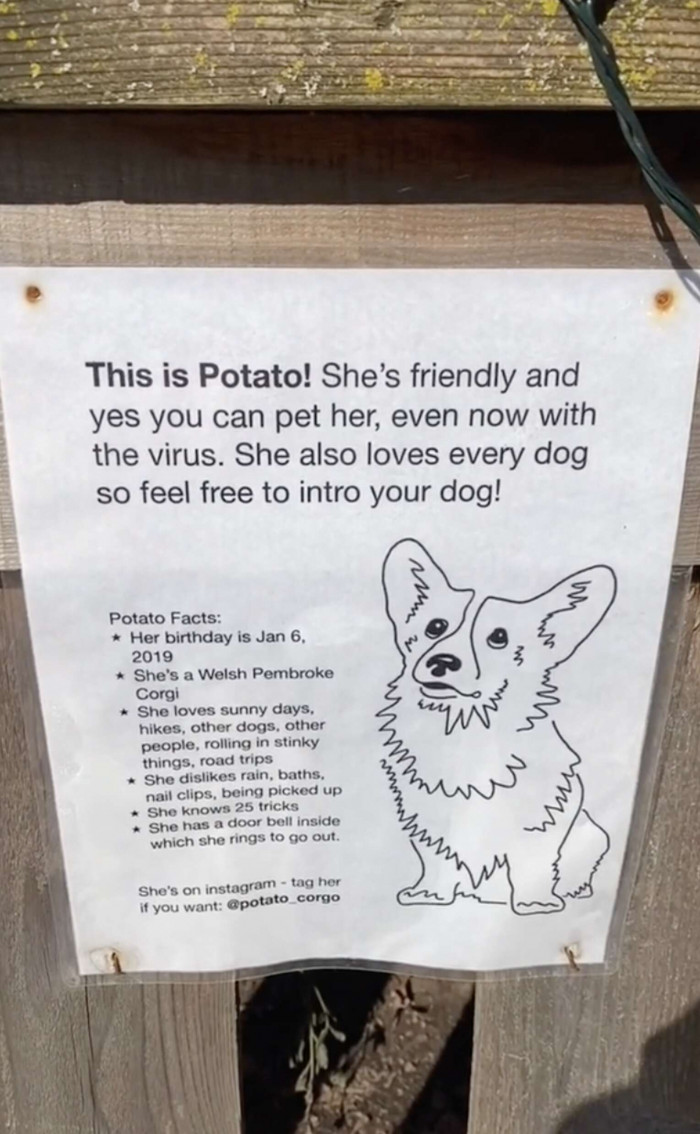 And Potato’s sign has definitely put smiles on a lot of people’s faces.

“I first met Potato walking with my girlfriend in our neighborhood,” Sean Carr, one of Potato’s neighbors, said. “With COVID my photography business was basically shut down, and she was working from home.”

“We’d walk around looking at houses and all of the flowers and plants,” Sean said. “One day we noticed the sign and that sweet little Potato.”

Sean and his girlfriend have been regular visitors ever since. “We’ve probably gone by at least once a week since to see if Potato is out.”

So, how does Potato feel about all this attention? Her family says she couldn’t be happier!

“People have been waiting 6 feet apart in a line on really nice days,” Cee said. “We are thinking of getting those spacer circles for the ground on the sidewalk.”

“Sometimes people call her name in the yard while she’s indoors, and she anxiously rings her door bell to go out because she doesn’t want to miss them. If it’s a nice day and not raining and we’re home, she’s out there all day, from 10 a.m. to sunset.”

Potato takes her responsibility to her “fans” very seriously. “She prefers being with her fans over her family,” Cee said. 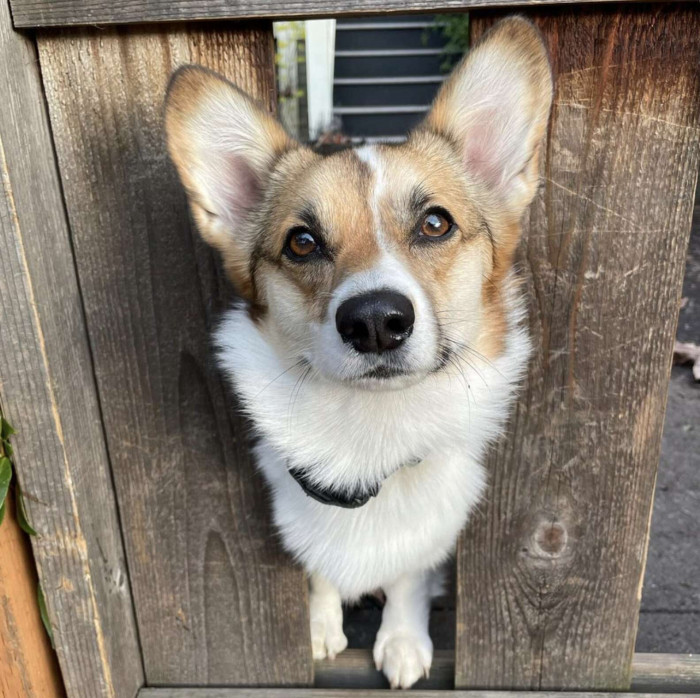 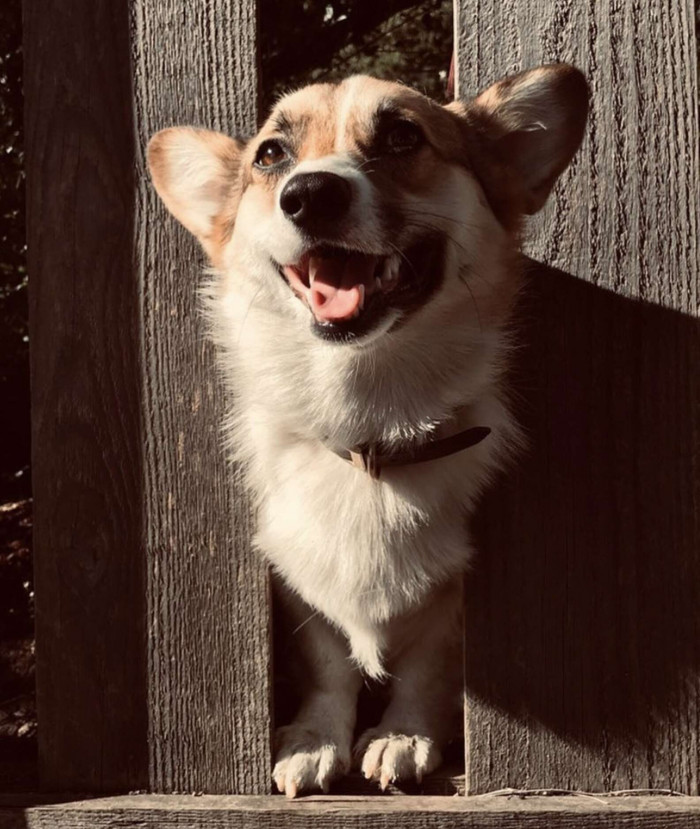