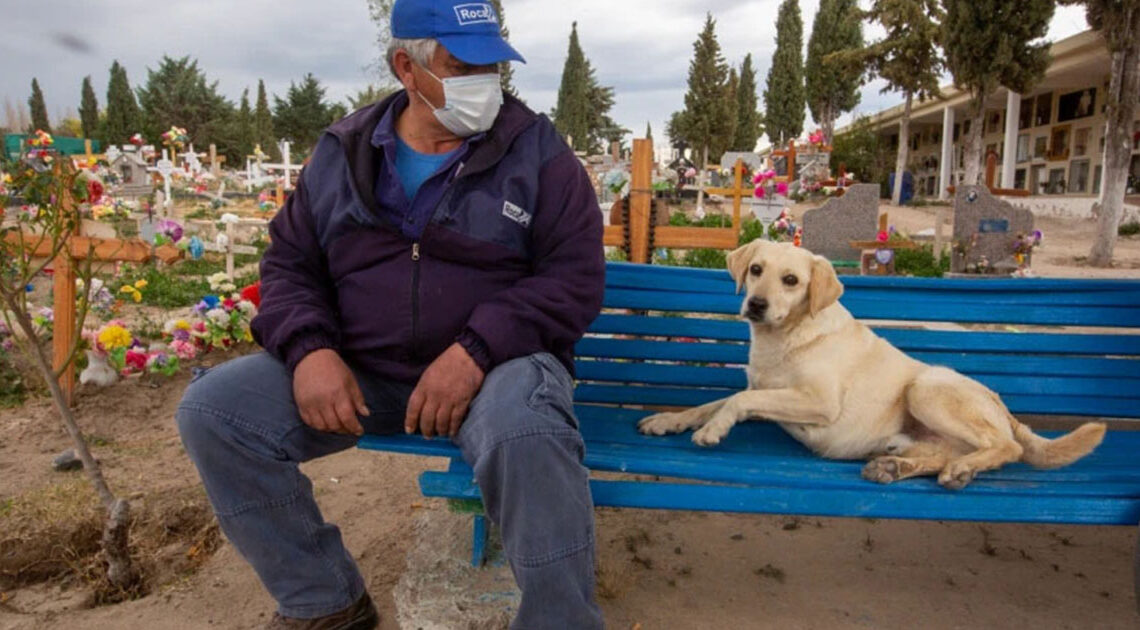 Bobby is a puppy resident in the municipal cemetery of Roca, located in the province of Rio Negro, Argentina, who three years ago decided to stay. Apparently, the departure of his beloved owner had a great impact on him, but the dog shows that not even his death can separate him from him.

Since then he has accompanied the gravedigger in the afternoons, Daniel Cisterna, every day and has become his best friend, companion and protector.

“Three years ago its owner passed away and since then it has never left the cemetery. He stayed because his love is buried here ».

Dog never left the cemetery where his owner died 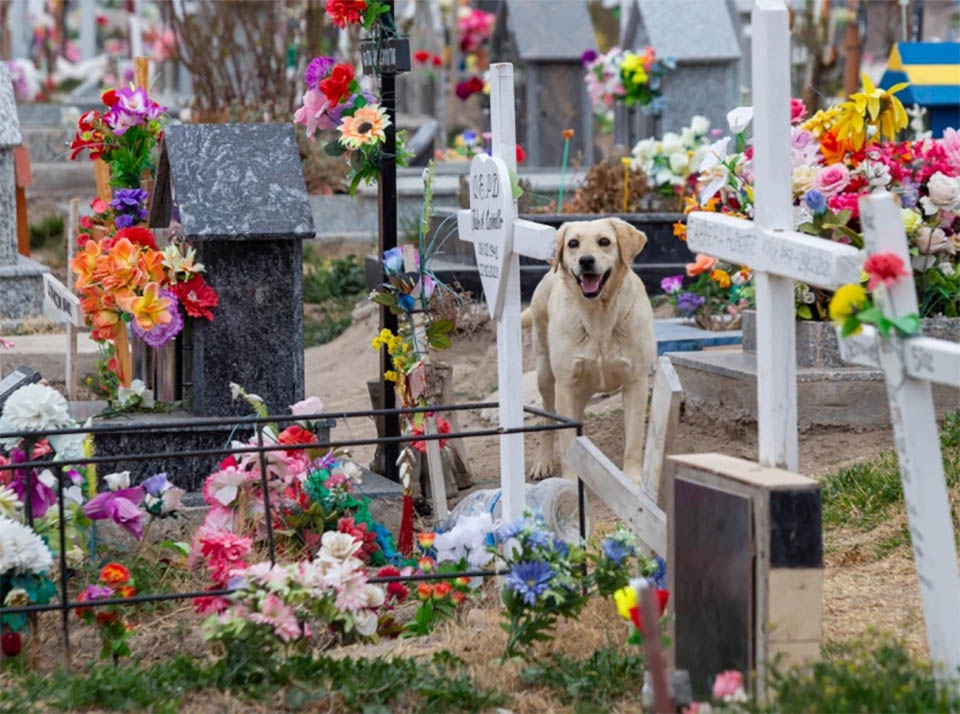 Bobby has his own little house in the cemetery. Since he arrived at the hearse of the most important person in his life, he decided to stay with the workers. The days passed and his family went to look for him, but Bobby didn’t change his mind and stayed by the grave of his best friend. 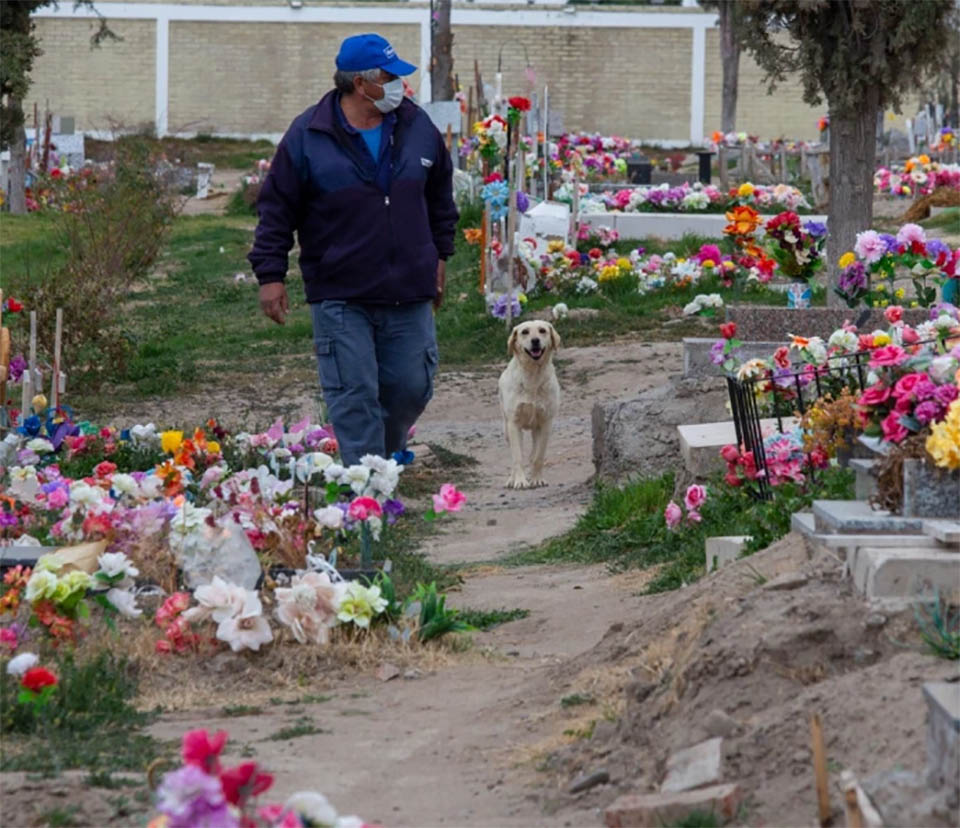 «The puppy was still above the grave of its owner, he did not want to leave. They loaded him into a van, but he got out and went back to his master’s grave. He doesn’t want to leave, he wants to stay with his mistress».

Despite many efforts, his family decided to let the puppy stay, after all, it was what he most wanted to do. 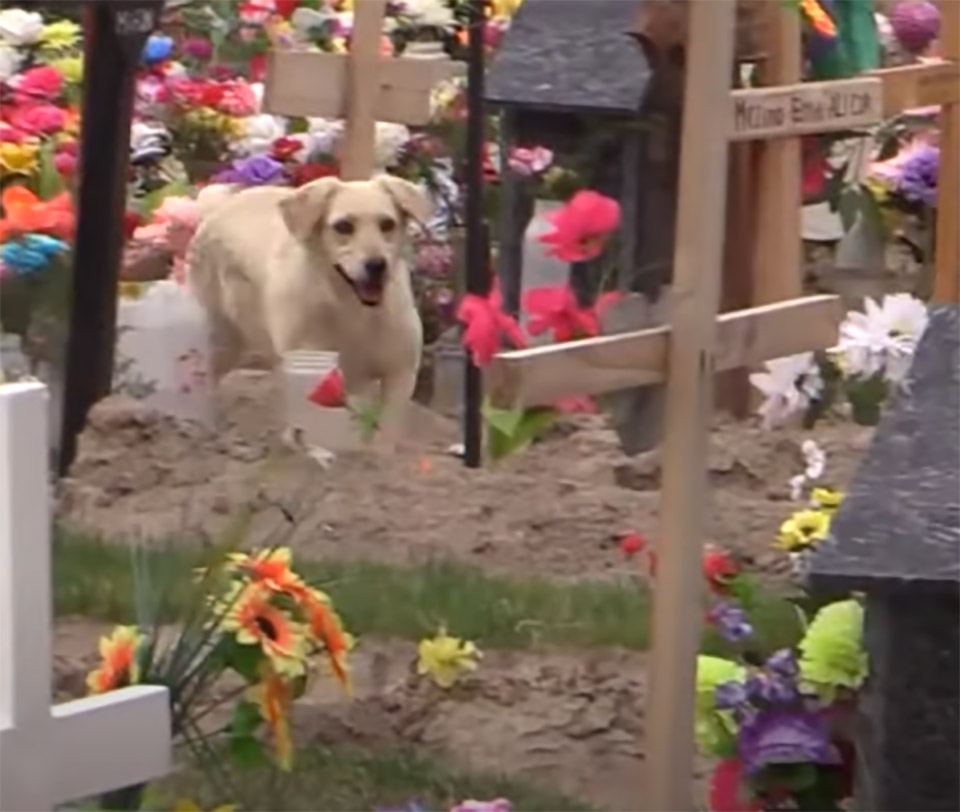 The gravedigger says that there are more dogs in the cemetery, but that Bobby’s loyalty, fidelity and unconditional love has touched him a lot.

“I was very moved by the affection he had for his master, by his fidelity, it is something I had never seen.”

Both have created a very beautiful bond of friendship, and since Daniel arrives at the cemetery, Bobby accompanies him to carry out all his tasks. 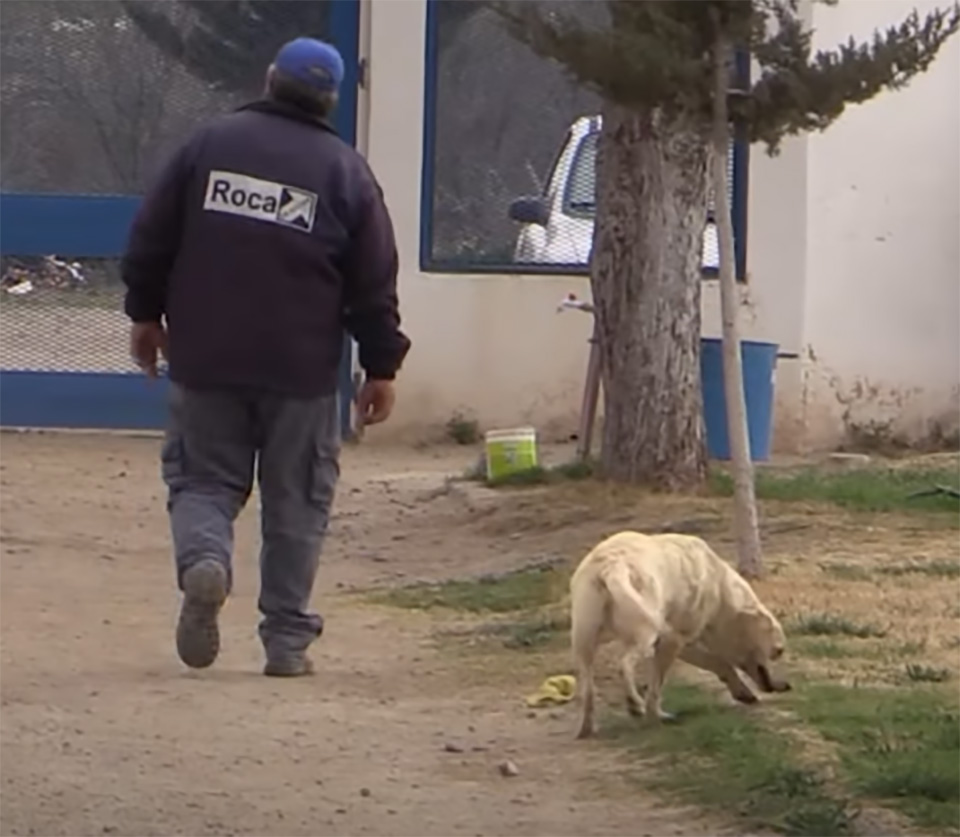 If the man has to bury, tour the cemetery or fix some graves, Bobby is always by his side, as any friend would. Every time he hears Daniel’s motorcycle, he comes to the door to greet him and when he leaves he walks him out and back to his home.

But the most surprising thing about Bobby is that when it comes to funerals, he has developed a role that moves people. 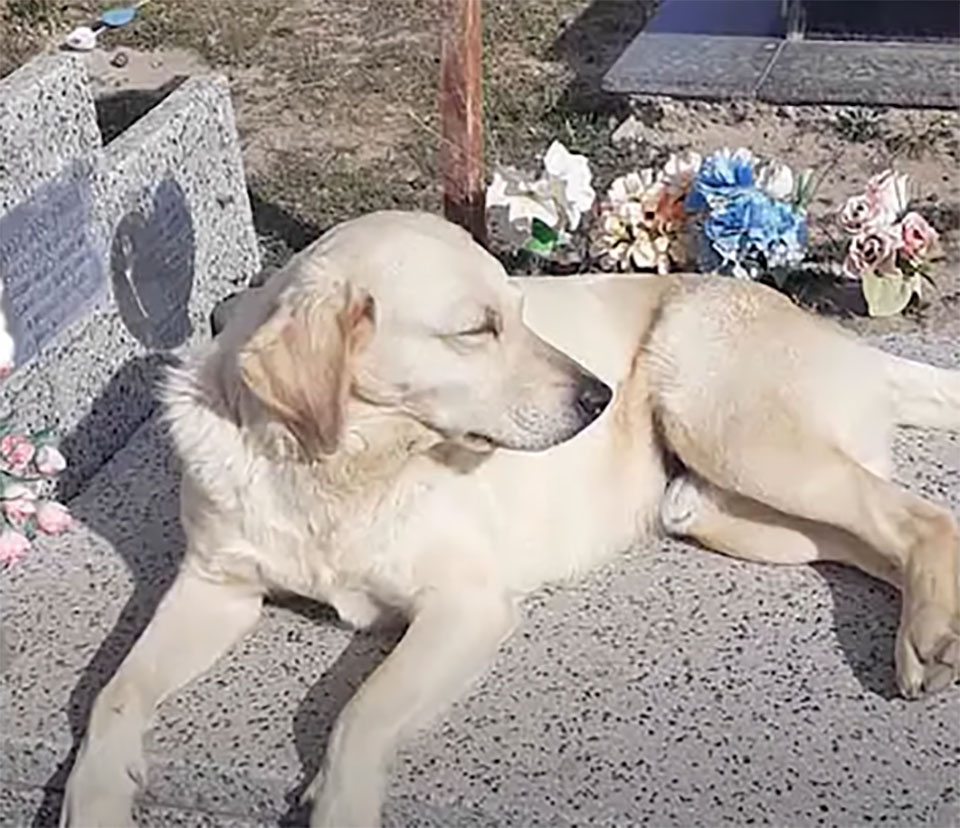 When Daniel performs a burial, the dog lies down next to the mourning family and stands still watching the ritual.

“It seems that he understands your pain.”

In the end, people end up moved by the dog’s gesture, they ask about him, they caress him and he becomes a kind of emotional therapist. Daniel ends up telling the emotional story of the puppy to the people, who are really shocked by the loyalty to its owner.

Sometimes they ask how the dog survives in the cemetery , but fortunately Bobby has a godmother who provides for all his needs. A woman named Adriana Carrasco is in charge of bringing weekly food to Bobby and the other puppies in and around the place.

Adriana is an animal lover, and together with her brothers they dedicate part of their time to feed and care for homeless dogs. 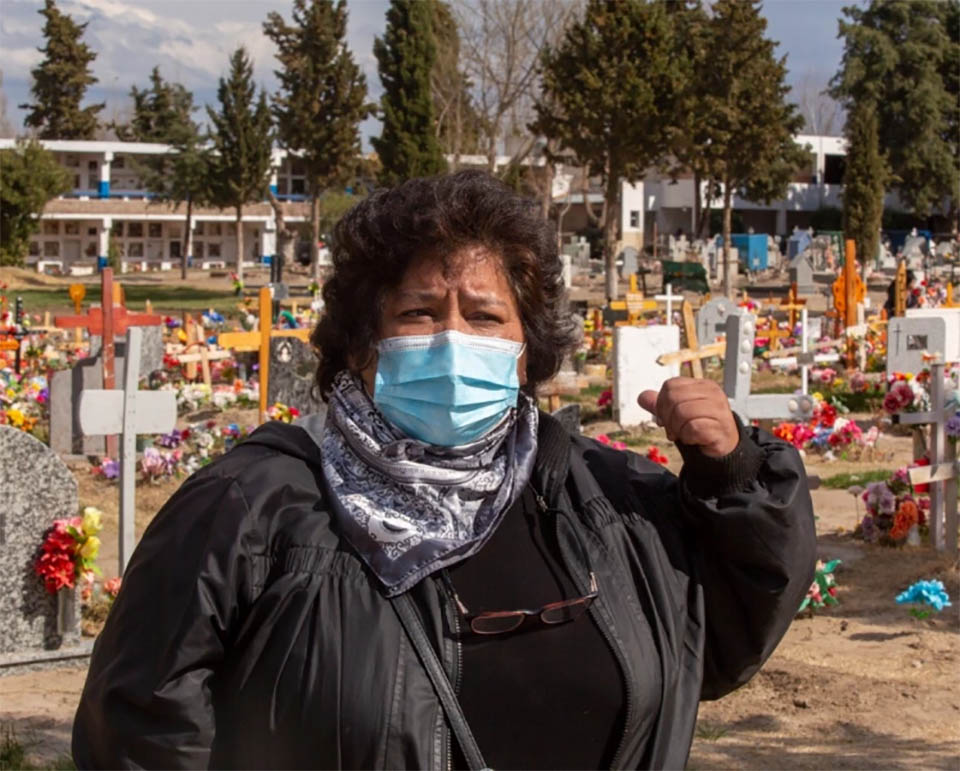 Since her mother passed away in 2008, Adriana regularly visits the cemetery and thus met the dogs that live there. The woman maintains contact with the gravedigger Daniel, asking about the dogs, in case they need anything, and he is in charge of notifying him. 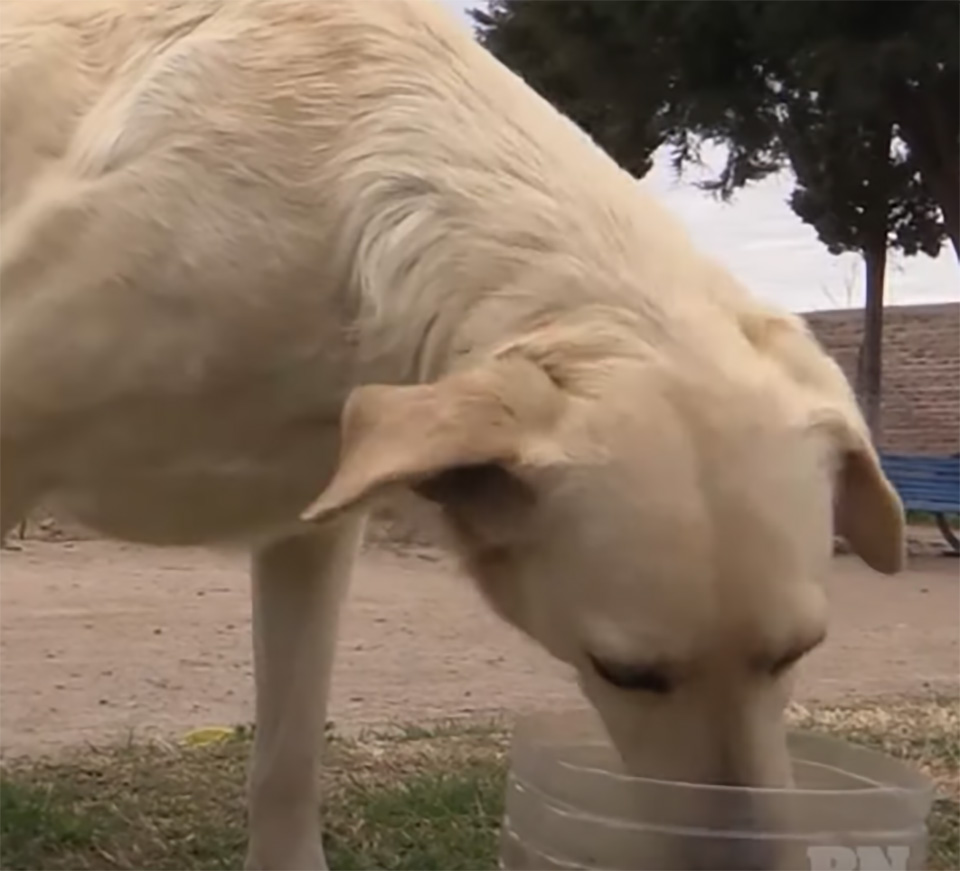 Many people ask why an adoptive family isn’t found for Bobby, but the reality is that the cemetery is his home.

«The dog chose to live in the cemetery, here is his house, they do not lack love, food or veterinary care. They are fine here.” 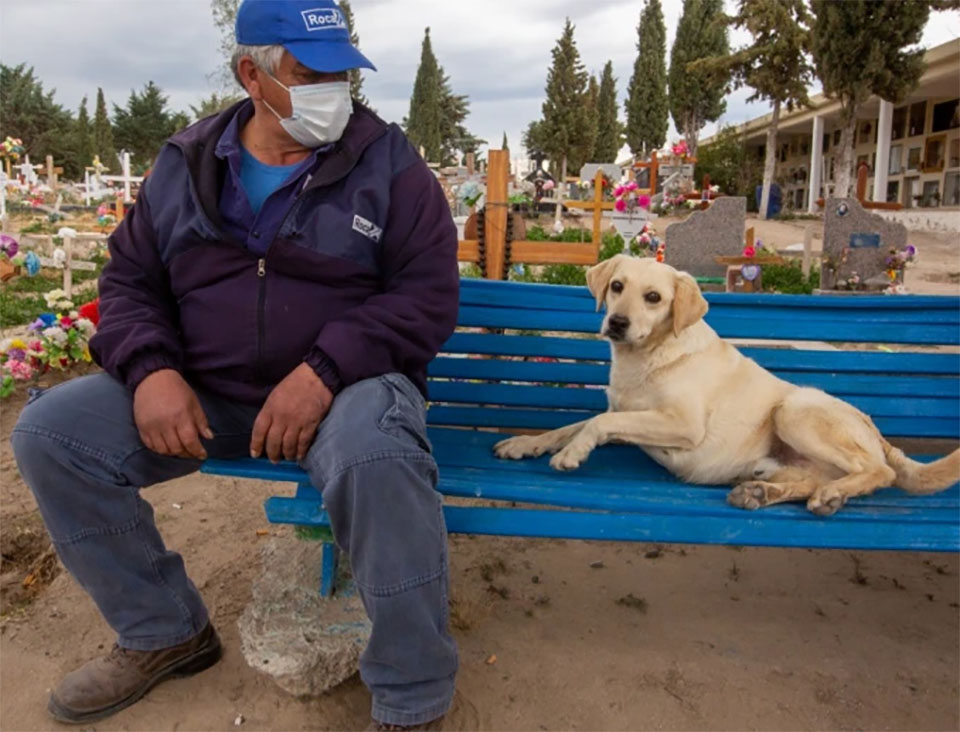