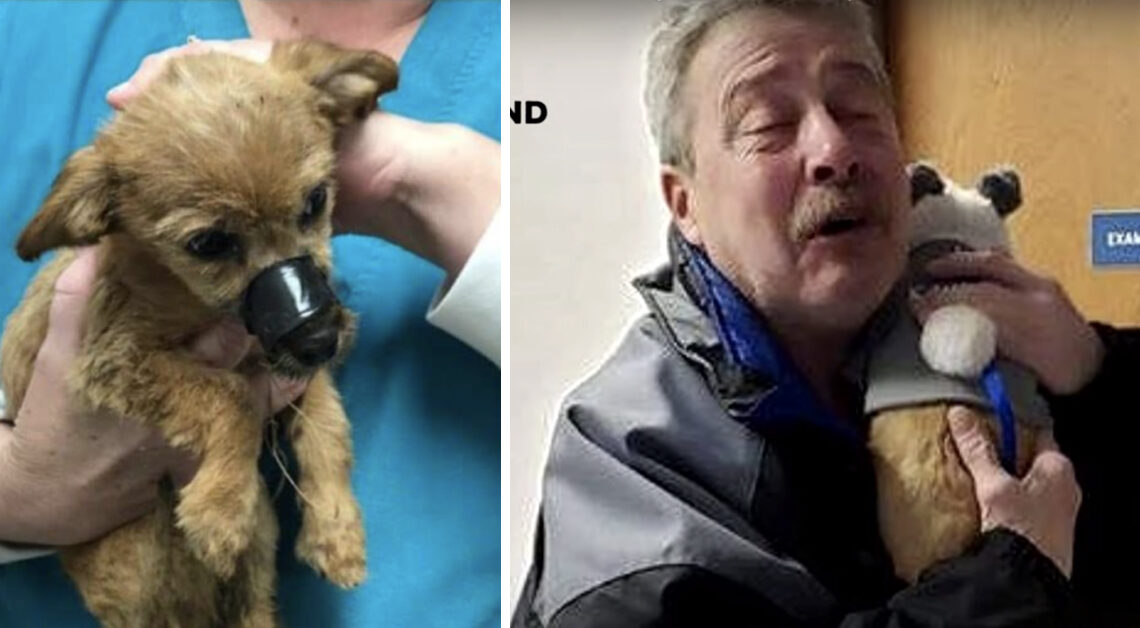 I still do not understand how some people can be so cruel toward animals! This story speaks about a poor dog, who was found with snout taped shut! 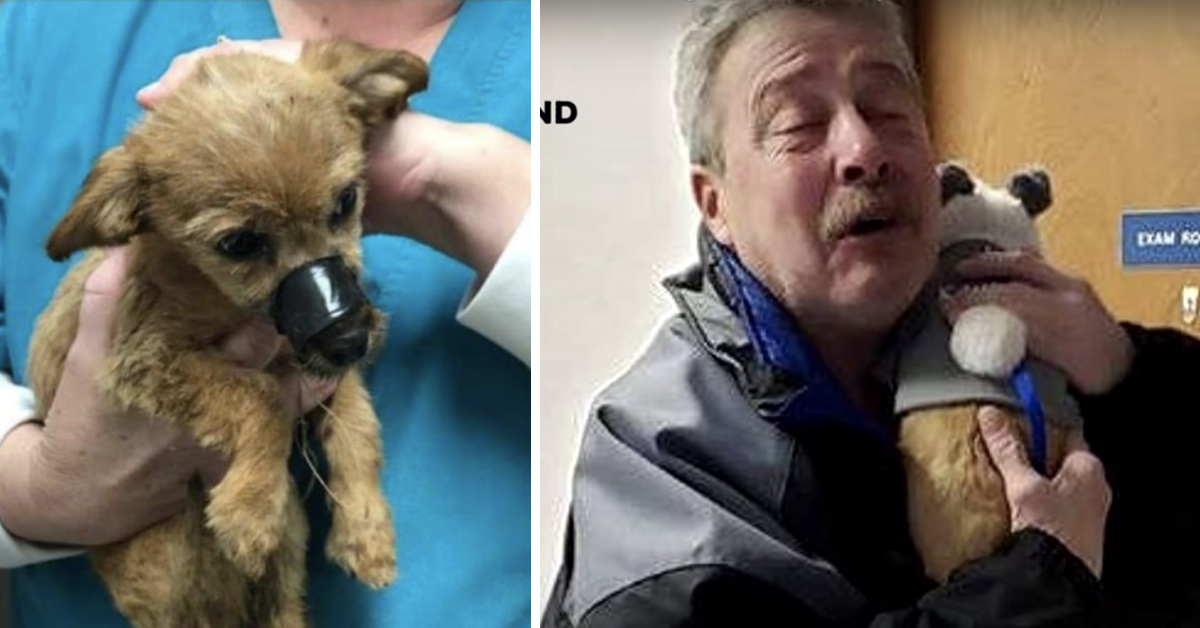 Bob Hoelter heard whimpering while crossing a bridge to get to a nearby store on one evening! Bob went to investigate as the sound of the cries was desperate.

So, he went under the bridge to find out. Sadly, he found an innocent pup, whose mouth was taped shut and was thrown from the bridge! 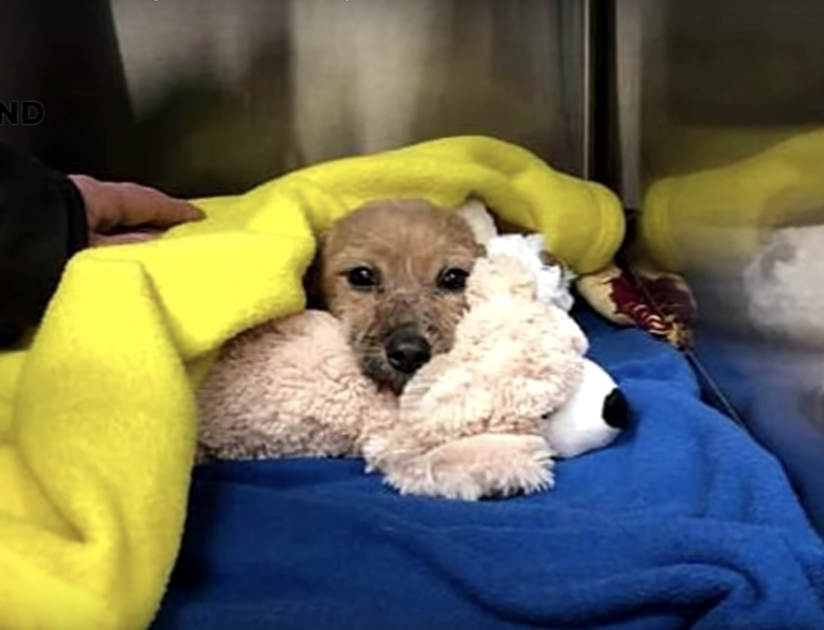 So, the dog was taken to Griffith Animal Hospital to receive the emergency treatment he needed. Thankfully, they were able to remove the tape, that badly damaged his face. They then administered pain injections and applied antibiotic ointment. 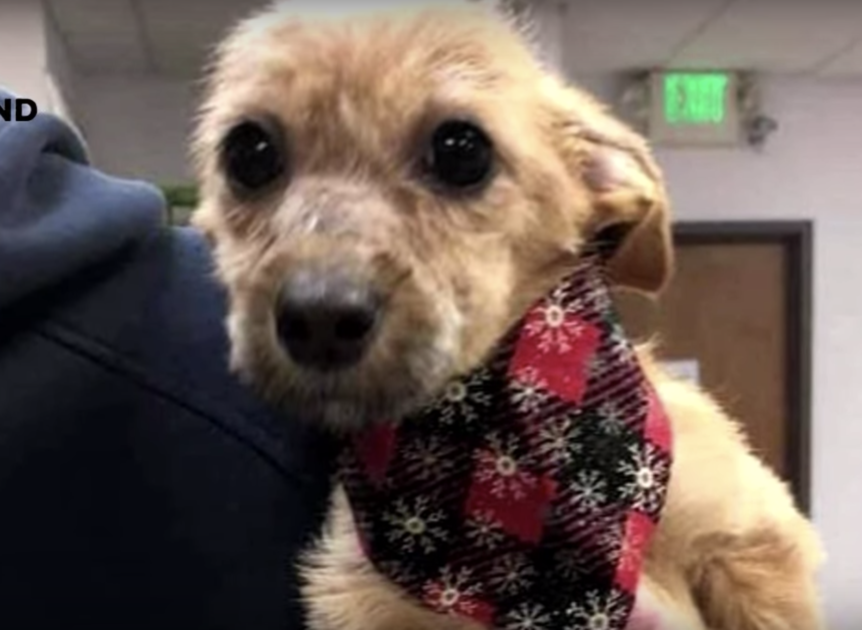 Everything went quickly as the puppy’s story went viral and he also got a forever home! There was a reward for the person who finds the dog, but the man forgot to take it, as his first concern was to save the dog. 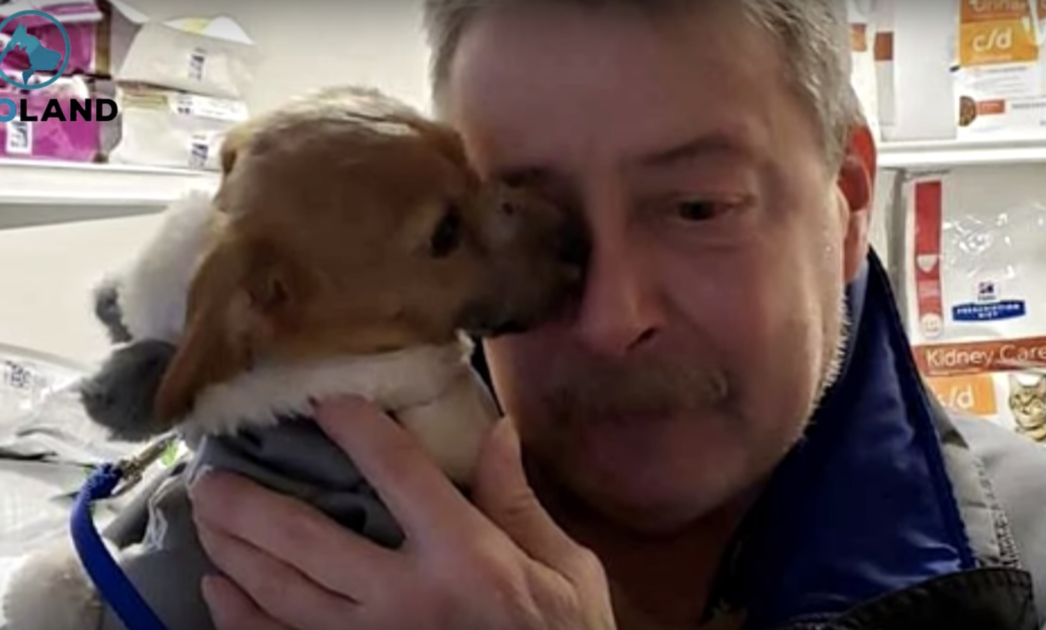 Finally, a family member of Bob saw the story online and told him about it. So, Bob went to visit the pup, who was named Louie, but he was not sure if he’d remember him! The tearing moment was when Louie did recognize Bob and started giving him snuggles and kisses! What a happy ending! Watch the video below.