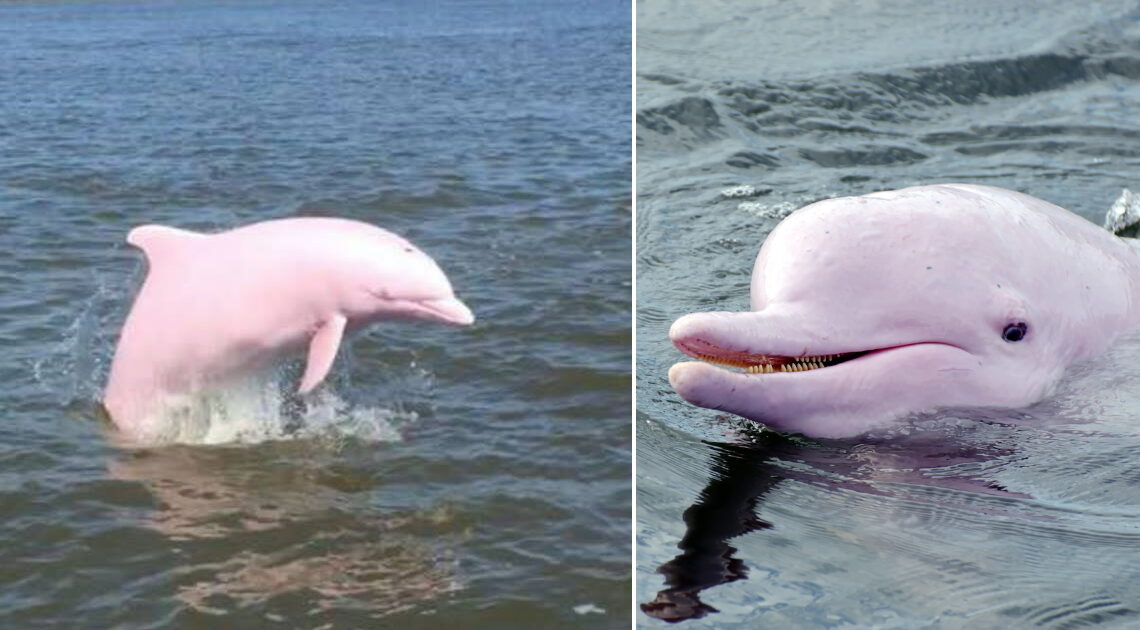 What might be even more eye-catching than a pink dolphin? Well a bright pink dolphin and her adorable tiny calf. A striking presence and a resident of the Calcasieu Lake in Louisiana, ‘Pinky’ the dolphin has recently spotted swimming with her baby, who delightfully looks just like her. 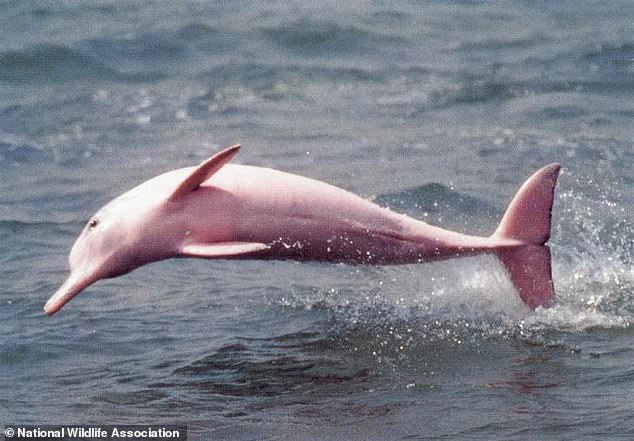 The unusual bottlenose dolphin has been initially spotted back in 2007, when boat caption Erik Rue witnessed her swimming alongside her grey mom. He even managed to capture some snaps of her Since then Pinky became a local celebrity. A sight to behold for everyone’s sailing on Calcasieu river.

“I feel very fortunate to have seen this incredible mammal and lucky to be able to work and live in the area where such a fantastic creature frequents,” captain Rue said. “The mammal is entirely pink from tip to tail and has reddish eyes. The skin appears smooth, glossy pink and without flaws.” 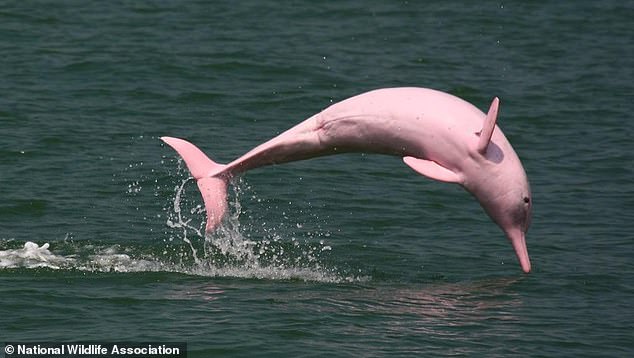 The dolphin’s unusual coloring is due to albinism. That means her body doesn’t produce enough pigmentation. Therefore, Pinky doesn’t have grey skin, but a bright pink and her eyes are reddish. However, despite her rare condition, Pinky looks very healthy and giving birth is so gladding for everyone.

“We still see her swimming almost every day in the summertime,” Greg Barsh, a scientist at the HudsonAlpha Institute for Biotechnology, told National Geographic. “We’ve seen her a lot in the last few weeks. She looks happy and healthy.”

A little while ago, Pinky has been spotted swimming alongside another pink dolphin, who turn to be her baby calf. Recently a woman called Bridget Boudreaux has spotted the two adorable dolphins once again. Speaking for KATC, the woman explained the mesmerising experience: “It was amazing to see,” she said. “I was astonished. My reaction, well I was in awe about it. It first came up straight out the water and I was like, ‘Whoa! That was a pink dolphin! Stop the boat!!’”

Since ‘Pinky’ and her baby look more like Disney characters, then real-life beings, KATC viewers though the perfect nae for the newborn calf would be ‘Brain.’ In this way the dolphin and her mom would remake the couple from the famous cartoon series ‘Pinky and the Brain.’