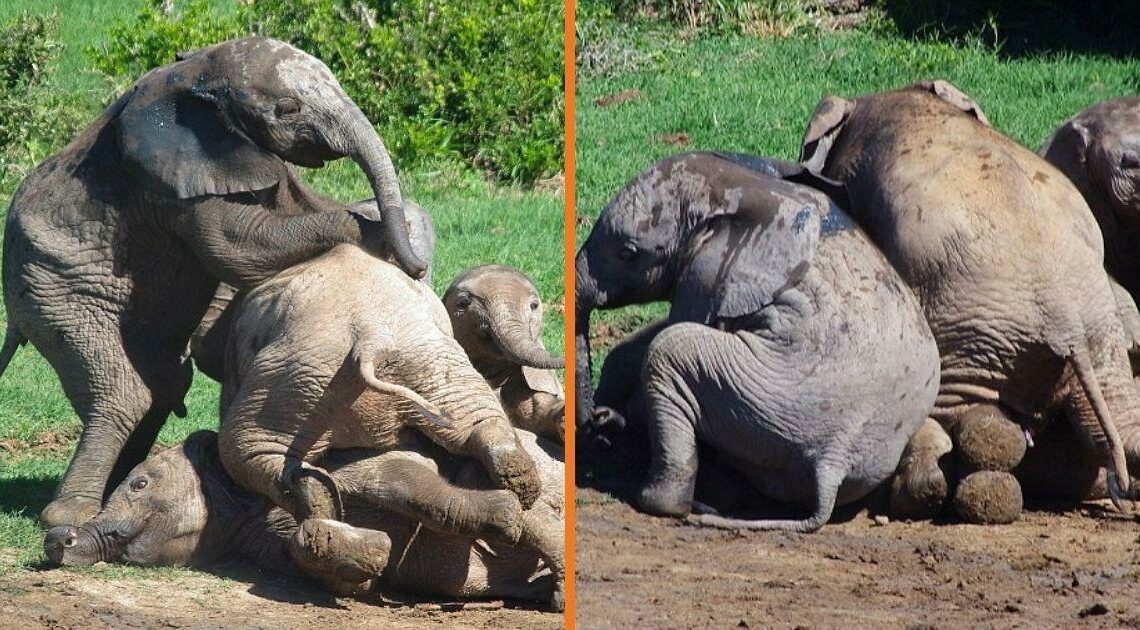 We all know youngsters enjoy goofing around with each other, and it seems to be no different in the elephant kingdom 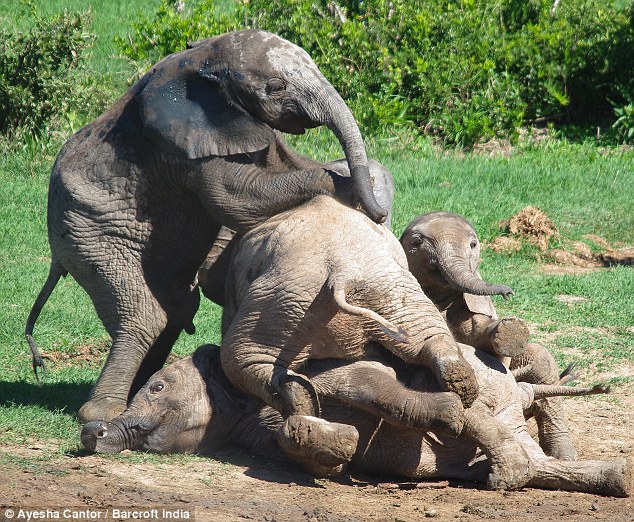 Captured in these incredible photos, four baby elephants pile on top of each as soon as they got a moment away from their mother.

The ‘little’ giants weighing up to 300kg each were drinking water as their mother cooled of before deciding to goof around. 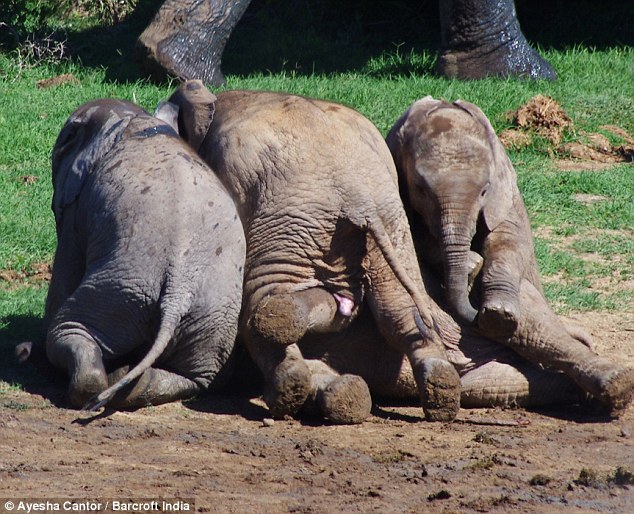 The photos were taken by the banks of the Ghwarrie Dam in Addo Elephant National Park, Eastern Cape, South Africa.

Once the mother saw the youngsters playing all rough, she marched over to break up the fun before someone got hurt. 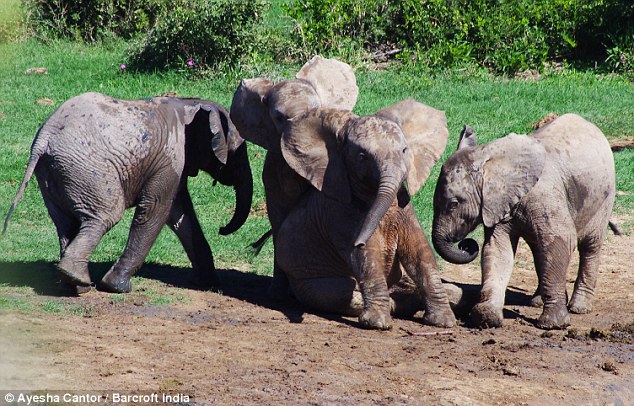 Captured by Ayesha Cantor while out on a day trip, talking to the Daily Mail, she said:

“We had been sitting at the dam for over an hour, watching the various family groups coming in to drink and play and then moving off.” 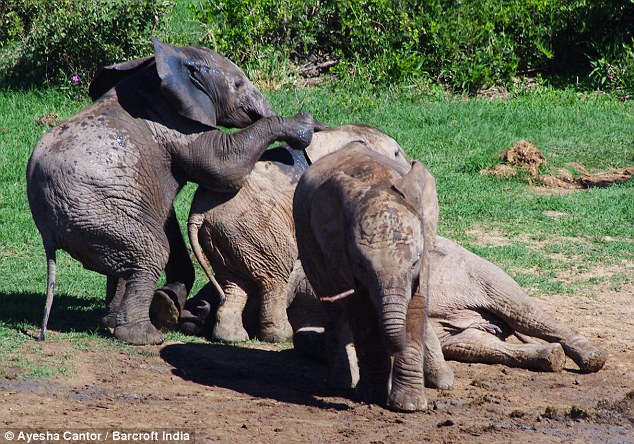 “We had just decided to move off when I just happened to glance back for a last look and quickly called out for my husband to stop again when I saw the two youngsters seemingly deep in conversation – one more pic turned into the elephant bundle.” 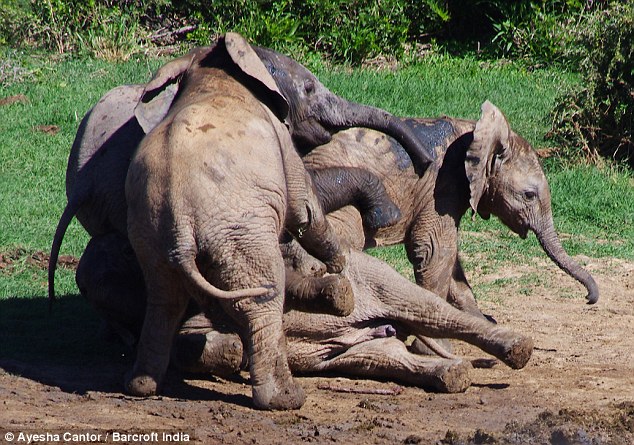 “I’ve heard and seen two babies briefly playing but never four and over such a long period of time as this.” 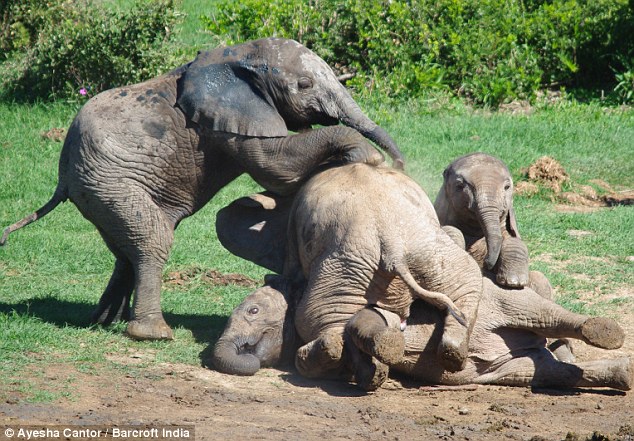 “It looked to us exactly how humans play, so playful and so fun. Amazing to see wild animals enjoying themselves in this way.”

“Having been near the bottom of a human pile-on you can be sure I was very pleased not to be that baby Ellie at the bottom of this particular one.” 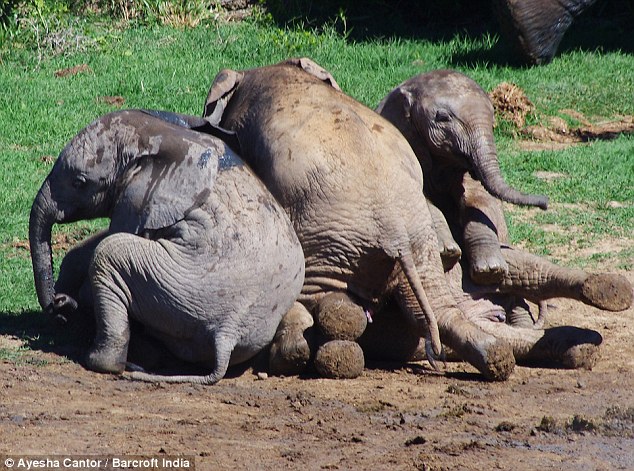