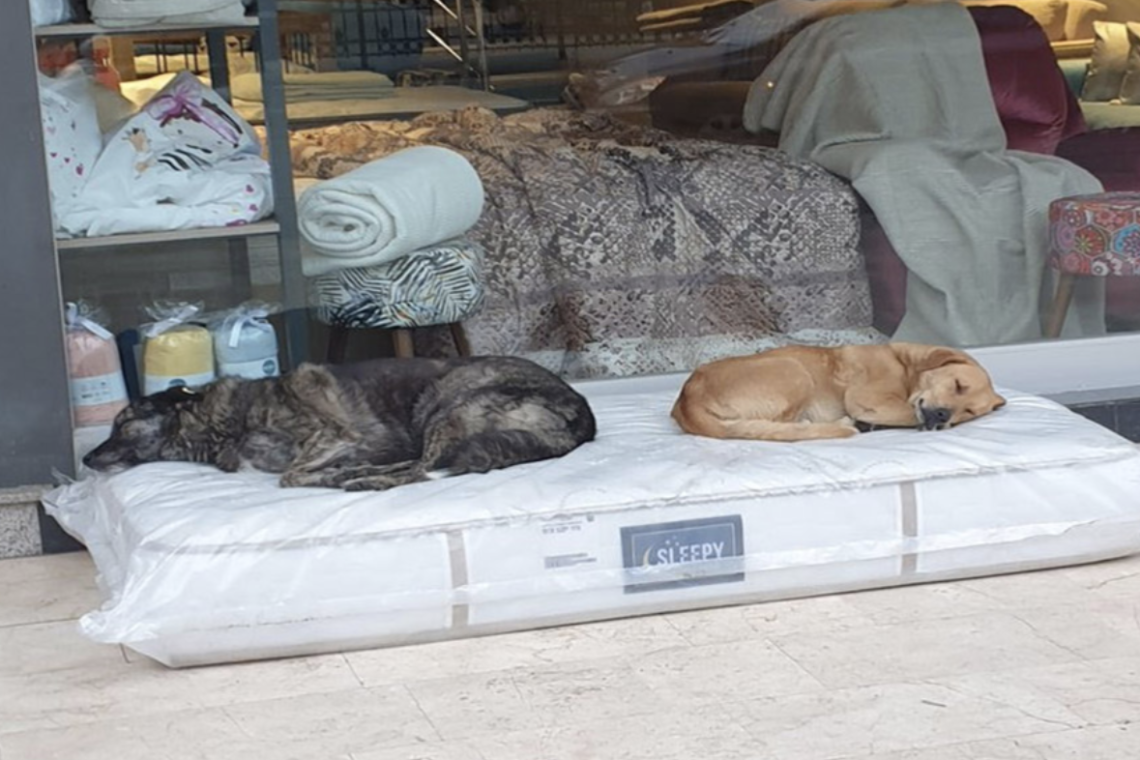 Dr. Cem Baykal, a resident of Istanbul, passes by the same furniture store every day on his way to work; For six years he has been doing the same routine, and every time it passes, he always sees two homeless dogs perching in front.

Apparently, the two dogs have always been best friends, so they are always together and with mutual support they survive adversity.

The Istikbal Mobile store is dedicated to selling products for the home such as mattresses, sofas, sheets, curtains and beds. But what is really striking about the business is that its owner has a soft spot for these homeless animals that live in the area and decided to improve their lives. 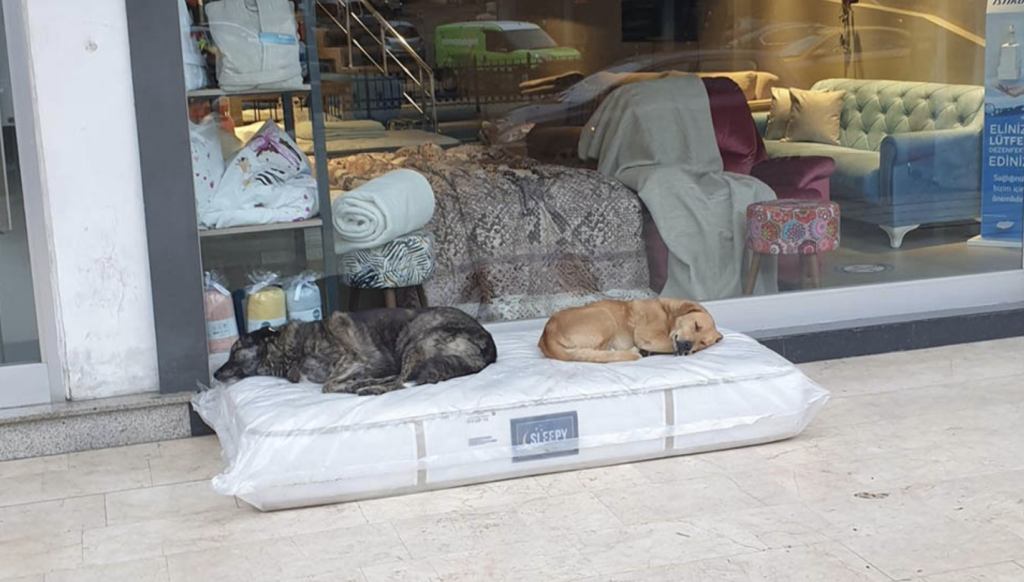 Although homeless animals have many needs, this man wanted to help them a little so that their nights are more comfortable and they can rest.

“The owner of this business puts a mattress with a plastic cover in front of the store.” 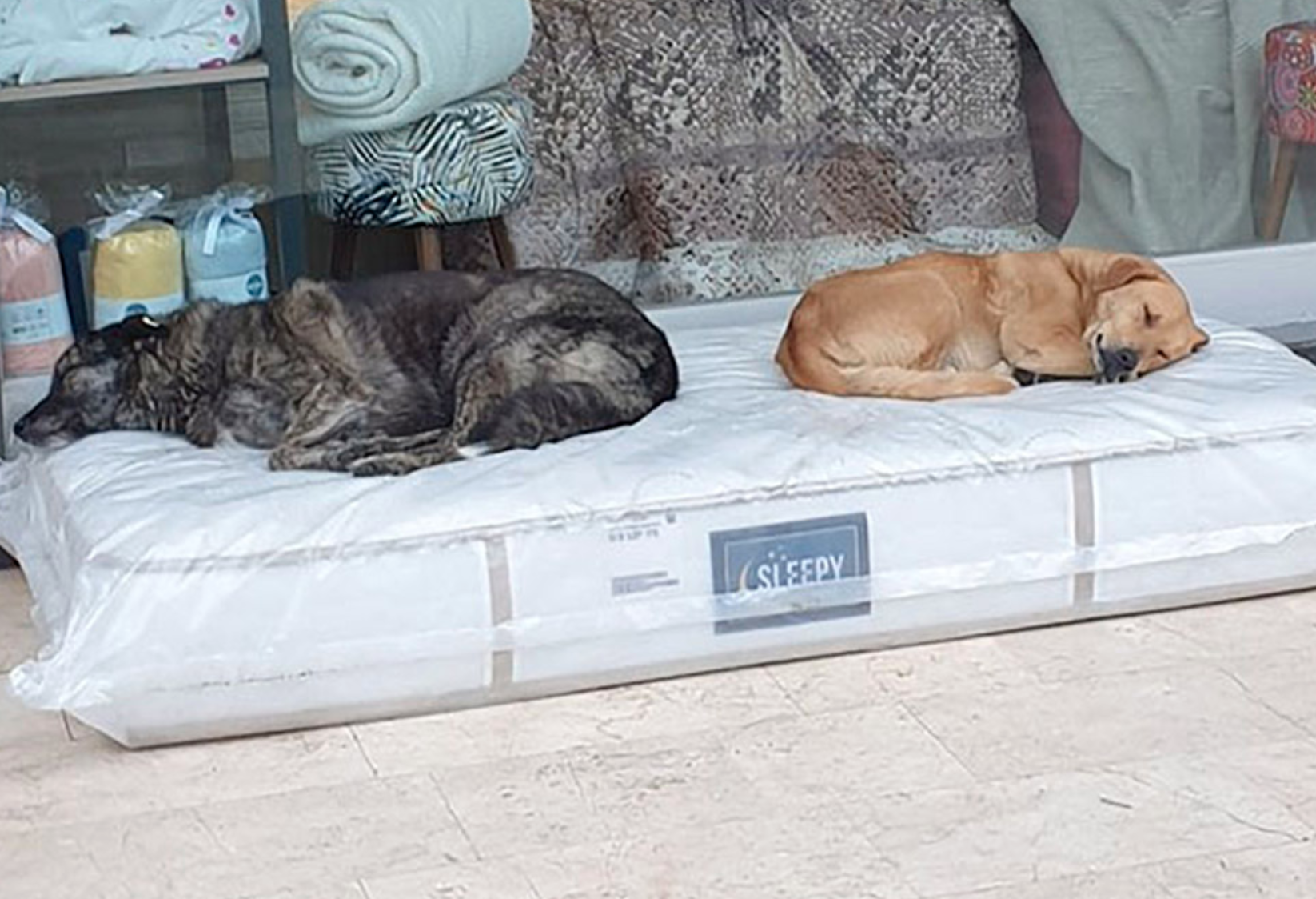 The mattress is placed on the sidewalk, and the two little dogs always come there to sleep and rest as they deserve. The business owner is always willing to help them however he can, and apparently the dogs are very grateful to the kind-hearted man.

“If it’s winter, the store offers them a bed every day. And if it’s summer, they give them shade and water. 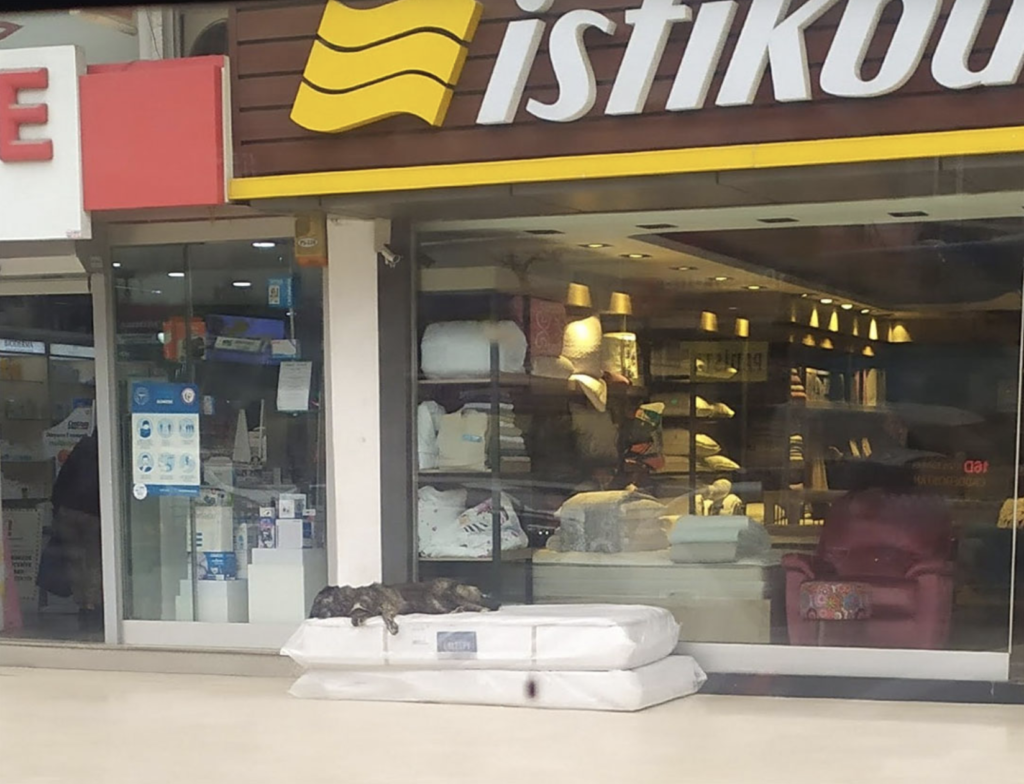 Thanks to the man, these two dogs do not have to spend the nights on the sidewalks of the streets and endure the cold winter. The dogs are well known in the area and the neighbors give them food, since they have been roaming these streets for a long time.

Although all the neighbors help the dogs so that they never lack food, the owner of this business goes further. 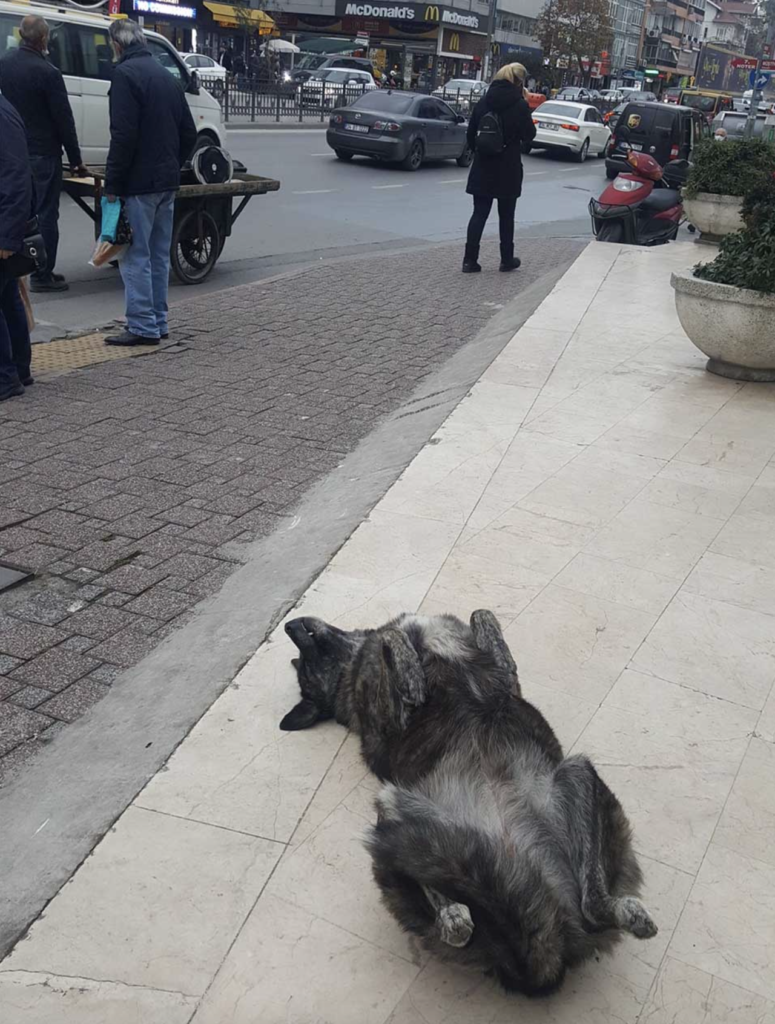 According to Cem, the area where the dogs are is characterized by being a wealthy sector, so everyone gives food and water to homeless animals. But no one cares about providing them with a place where they can take refuge or that they can at least spend a comfortable and quiet night. 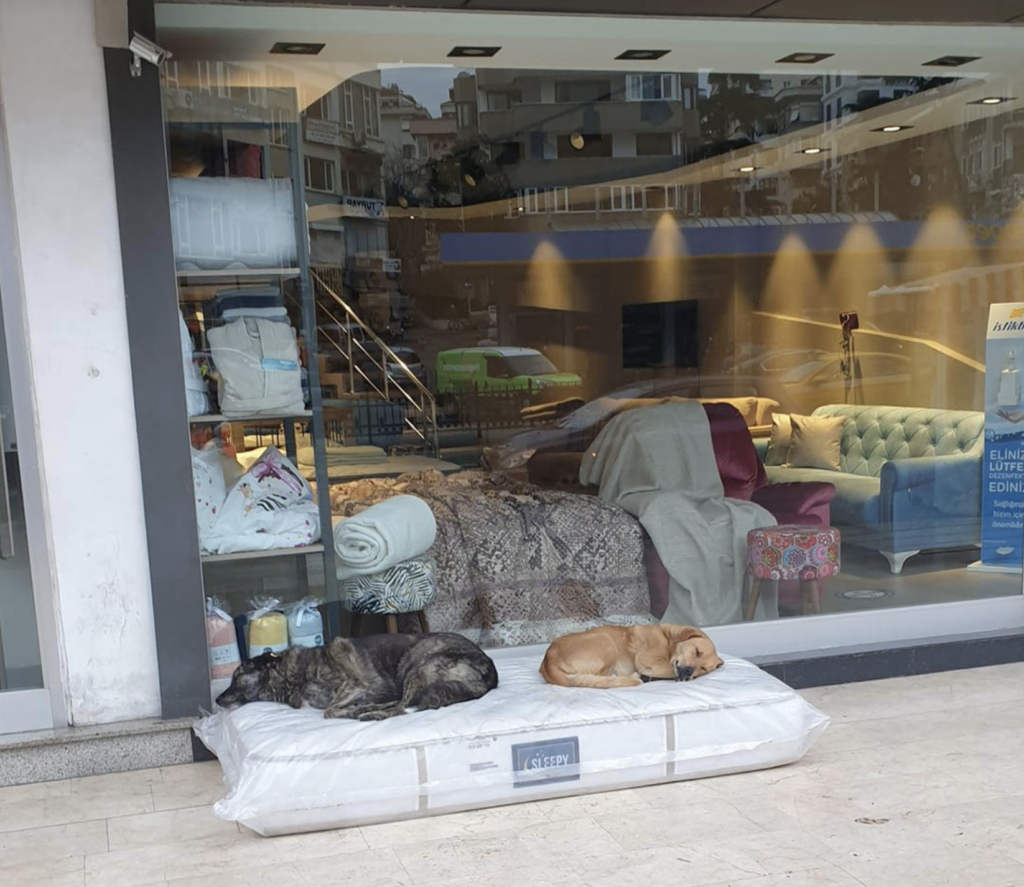 One day, Cem passed by the puppies sleeping on the mattress protected from the rain and cold, and decided to take a photo. The man wanted to post the photo of the sleeping dogs on Twitter , with the intention of thanking the owner of the store.

When he posted it, some people questioned the cleanliness of the mattresses, but most users congratulated the noble act of the warehouse owner. 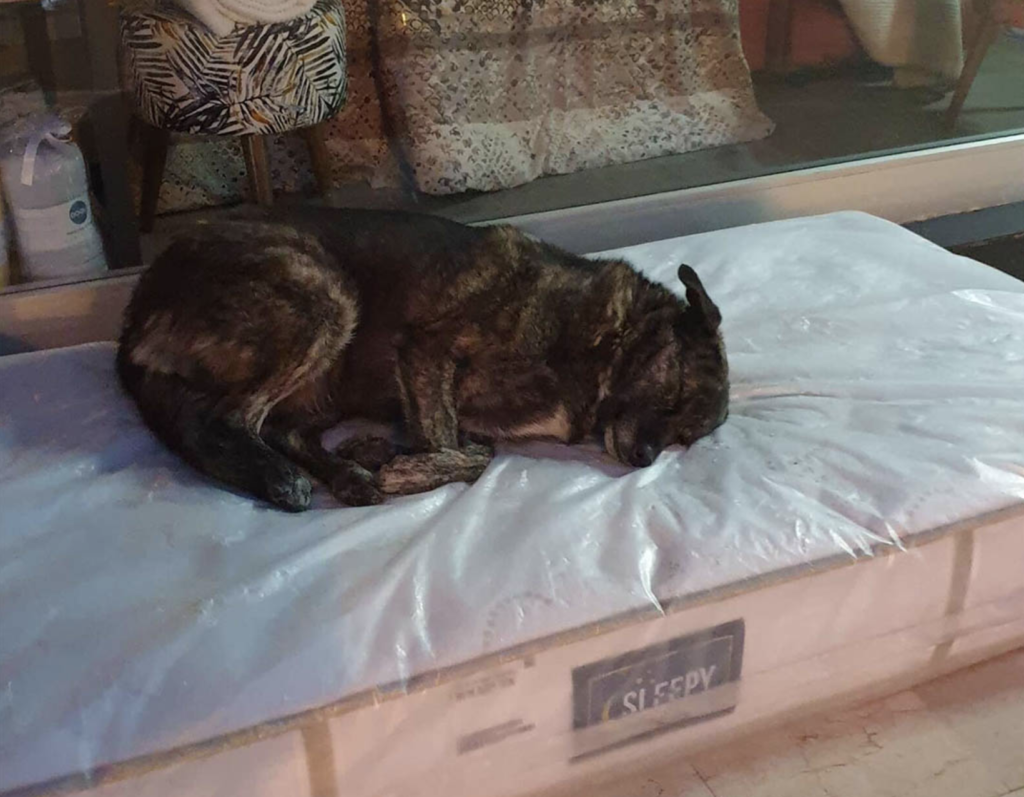 After a few days, Cem stopped by the store to see how the dogs were doing, and found that they were fine. Despite bad weather and heavy rains, the dogs rested comfortably on the mattress, and they know that in this place they will always be safe.

«We had a very heavy rain in Istanbul, I greeted my friends on the way to the hospital. The store was closed but the bed was still there. The sloth was still sleeping, but his friend was awake and accompanied me to the crosswalk for my safety ”. 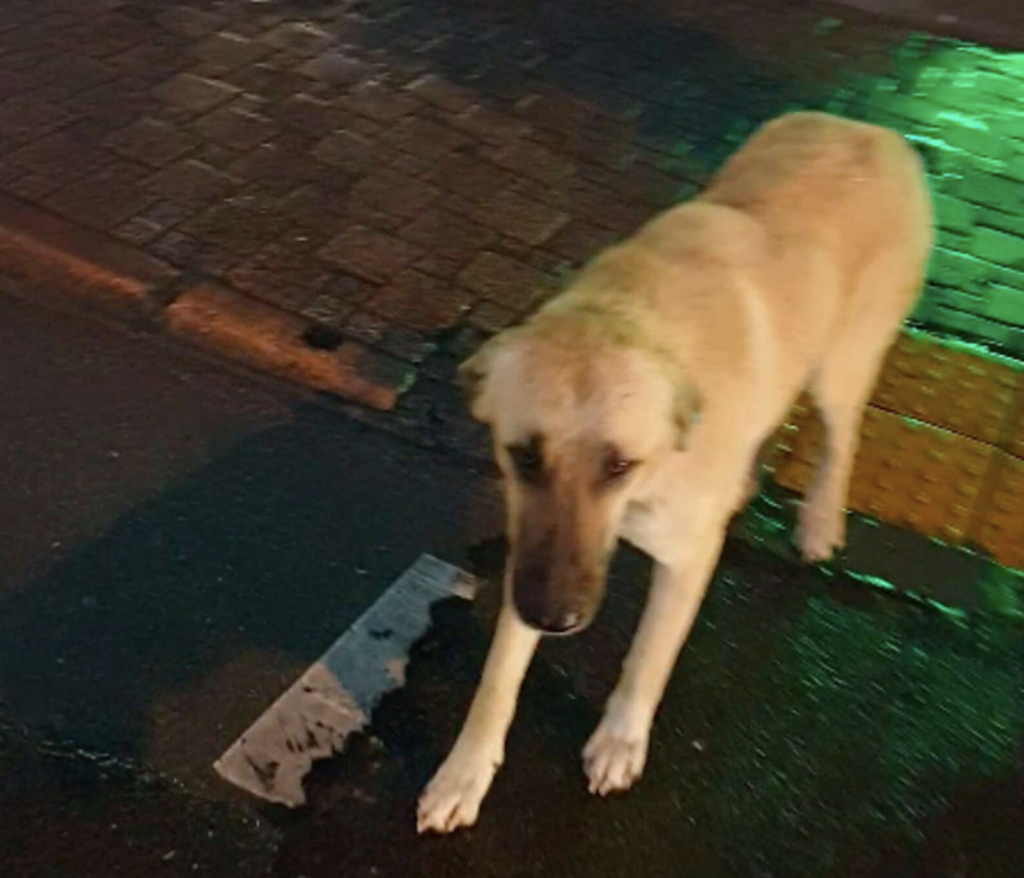 Without a doubt, a simple gesture of kindness can change the life of a homeless animal, and they will surely be forever grateful .