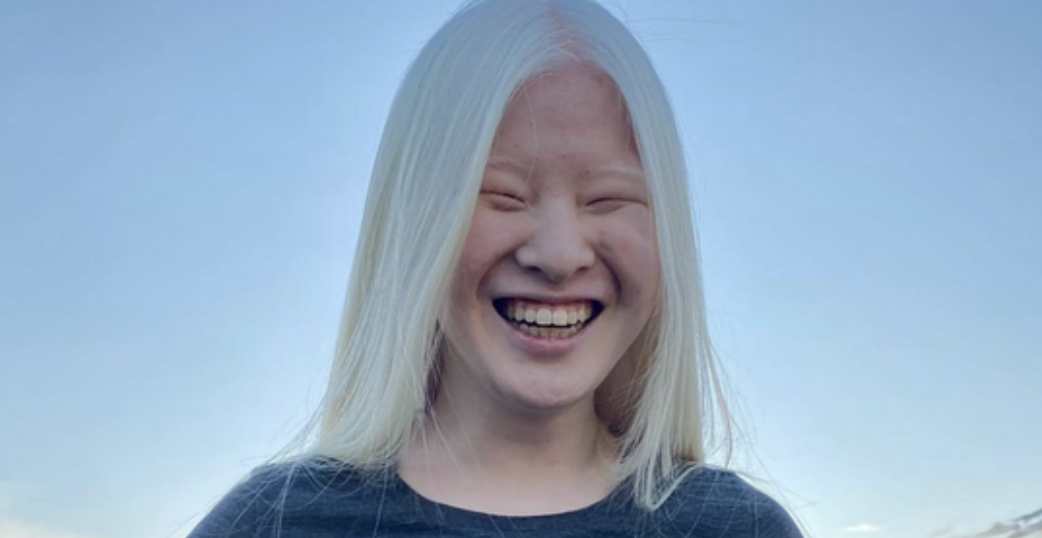 Parents are the most important people in the lives of young children. Since birth, children rely on parents to provide them with care and safety they need to be happy and healthy, and to grow and develop well.

If we are forced to grow without parents for whatever reason, it might take a tool on our mental and physical health.

Xueli Abbing, now a 16-year-old girl born in China, was abandoned by her parents. Assuming that she looked too “strange” she was left at an orphanage door. 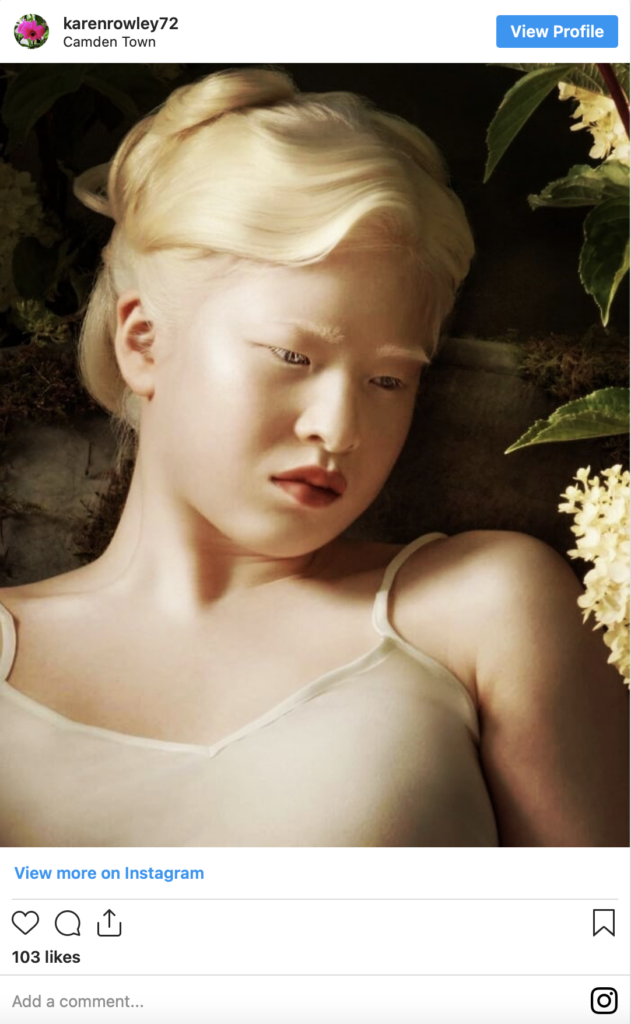 At the orphanage, the staff named her “Xueli” with very specific meaning to her looks. Xue means snow white and Li means beautiful. I cannot think of a better name for this beautiful child who was born with albinism.

Albinism is a genetic disorder that results in decreased production of a pigment called melanin in the skin, hair, and eyes, resulting in light color or no color.

She was adopted by a beautiful family from Netherlands who provided her with care and love. When she was just 11 years old, a designer in Hong Kong asked her to model for him for a shoot where he wanted to portray the different types of beauty. 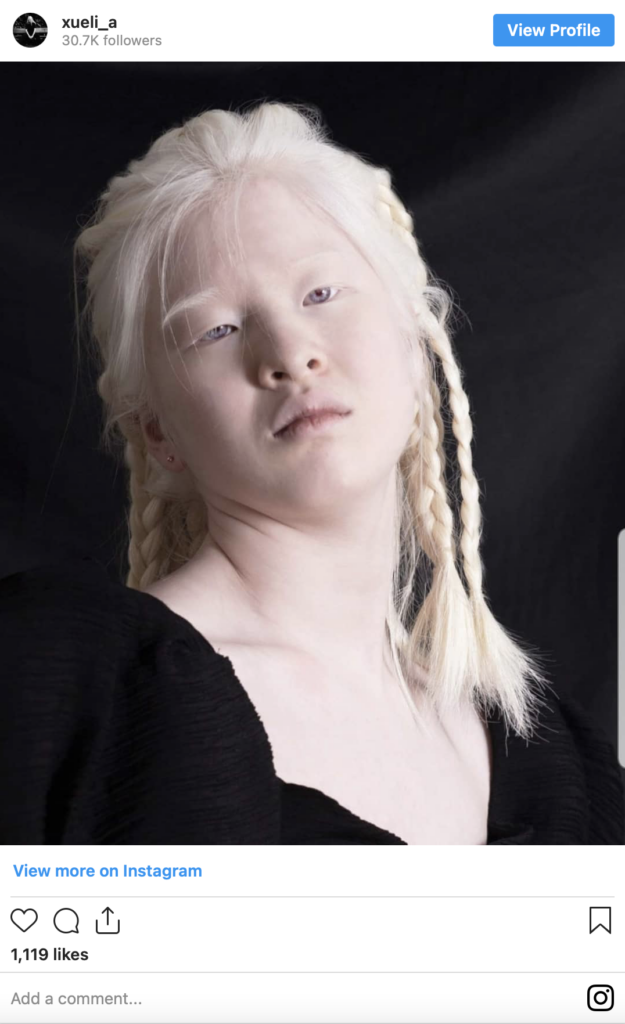 “She called the campaign ‘perfect imperfections’ and asked if I wanted to join her fashion show in Hong Kong,” Abbing said in an interview to the BBC. “That was an amazing experience.”

Individuals living with albinism are exposed to discrimination, stigmatisation and prejudice based on their colour as well as their race. In some extreme instances, they are even ‘hunted’ because of the false belief that their bones have medicinal properties. Go figure!

“I’m lucky I was only abandoned,” Abbing has said.

Sometimes models with albinism can be used to depict angels or ghosts which Abbing comments that “it makes her sad.” 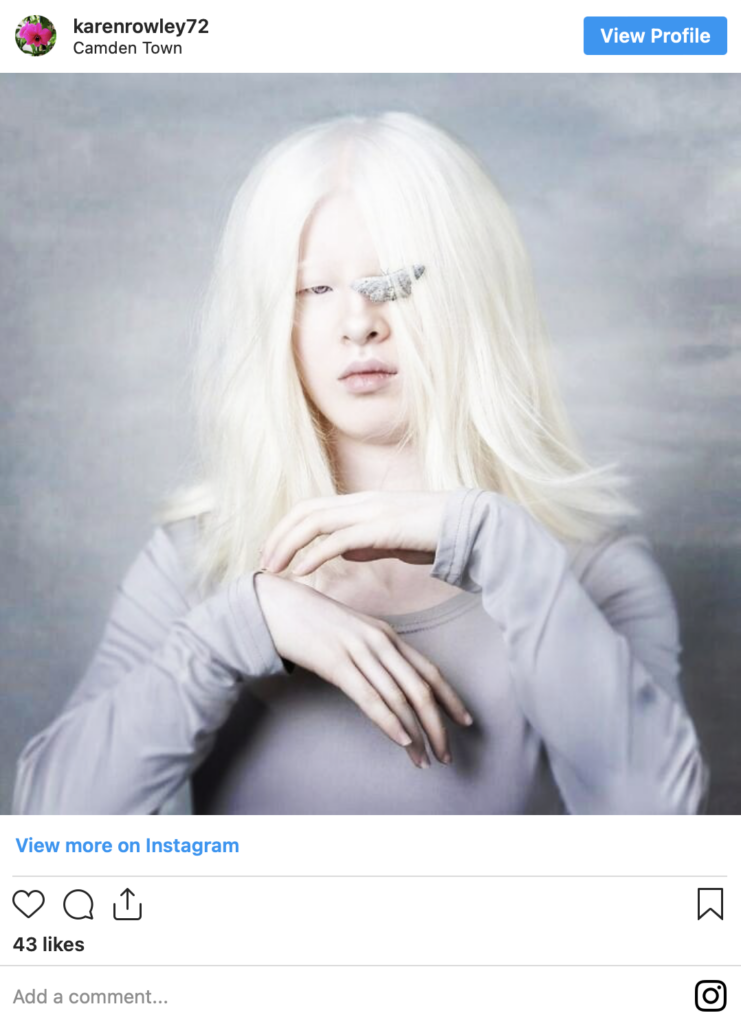 But Abbing had a lucky star over her head. Not that she didn’t work hard though…

A photographer from London took her under the wing and treated her like any model should be treated. They did a stunning photoshoot which resulted in her being shown in a Vogue Italia magazine for its June 2019 issue!

“At the time, I didn’t know what an important magazine it was and it took me a while to realize why people got so excited about it,” recalls. 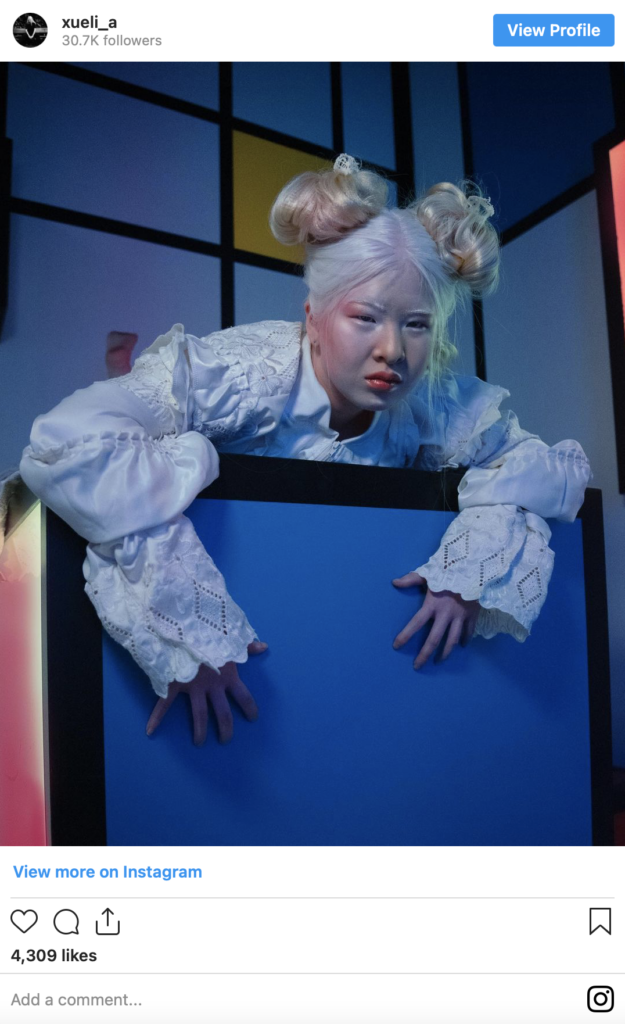 “There are still models who are like eight foot two and skinny but now people with disabilities or differences are featured more in the media and this is great – but it should be normal,” she said in the interview.

“Maybe because I cannot see everything properly I focus more on people’s voices and what they have to say,” she said. “So their inner beauty is more important to me.”

She wants to make a difference in how people view others with albinism. “I want to use modeling to talk about albinism and say it’s a genetic disorder, it’s not a curse,”she says. “The way to talk about it is to say ‘a person with albinism’ because being ‘an albino’ sounds as if it defines who you are.” 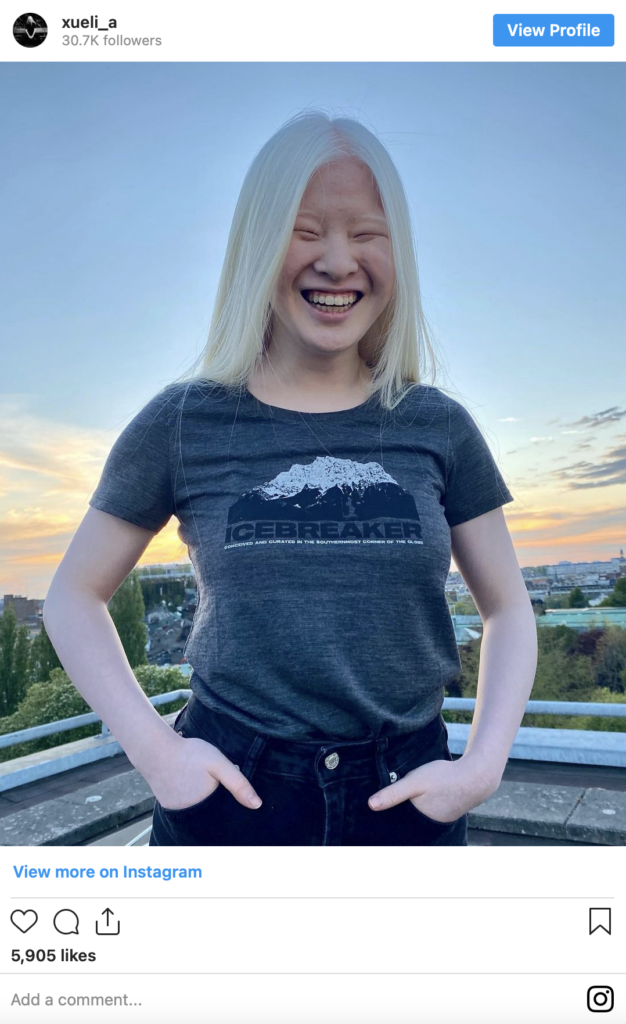 “I’m not going to accept that children are being murdered because of their albinism. I want to change the world,” she said.

We wish the snow white beauty the very best with her journey ahead! And we do hope she makes a difference about how people view others with albinism.

Please SHARE this story to help spread her inspiring journey and make a difference!