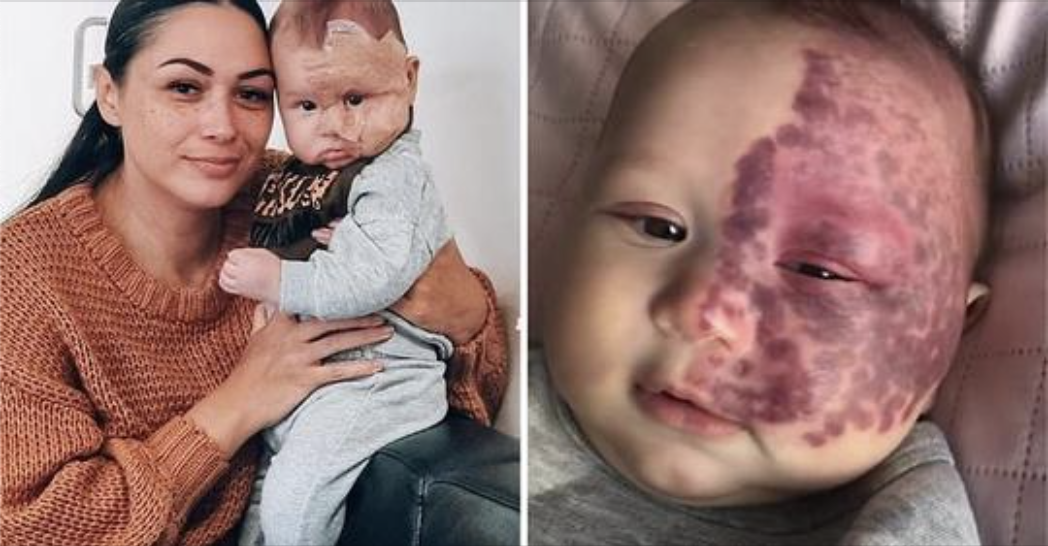 Moms always know best! However, there will always be people out there who would judge their parenting, no matter how much they try for their little ones.

One Aussie mom faced criticism by online trolls after she documented her baby’s journey on TikTok. Apparently, strangers took their time to comment on her decisions concerning her son, calling her a monster.

Brooke Atkins, 33, from Gold Coast, a stay-at-home mom of two, gave birth to her second son, Kingsley, some six months ago.

When Kingsley was welcomed into the world, she noticed that he had a large ‘port wine’ mark covering half of his face. 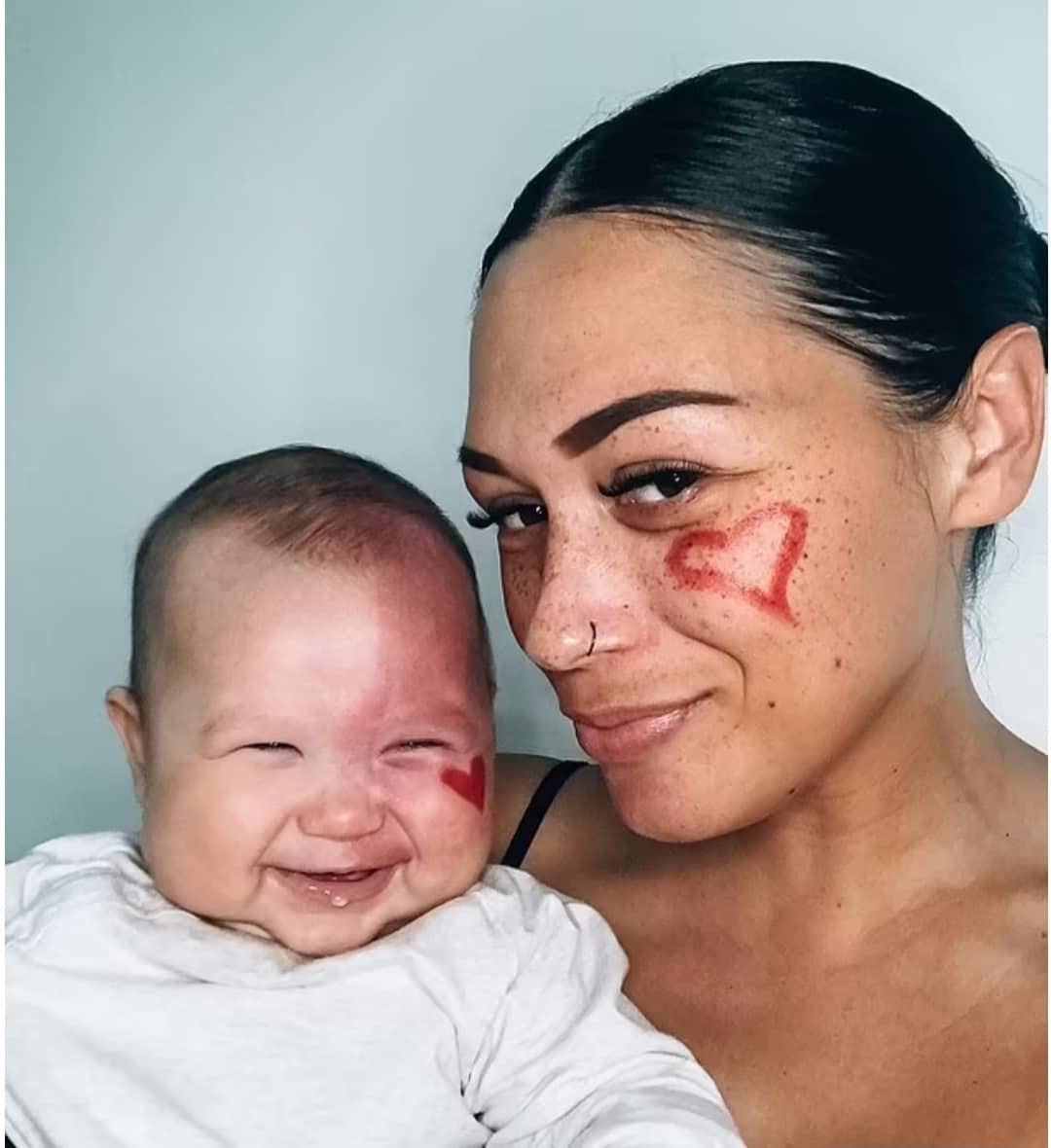 As these marks are relatively harmless, they can still be linked to certain issues such as glaucoma and Sturge Weber Syndrome. Little Kingsley was diagnosed with both.

“The thing with port wine stains is that they are progressive, meaning they will change and darken over time,” Brooke explained. “They can develop a ‘cobblestone’ appearance, with raised bumps, ridges and the risk of vascular blebs, where they dangerously bleed,” she added.

“Once a port wine stain gets to this stage, it is often very difficult to treat and laser barely has any affect, as the skin is already far too damaged.” 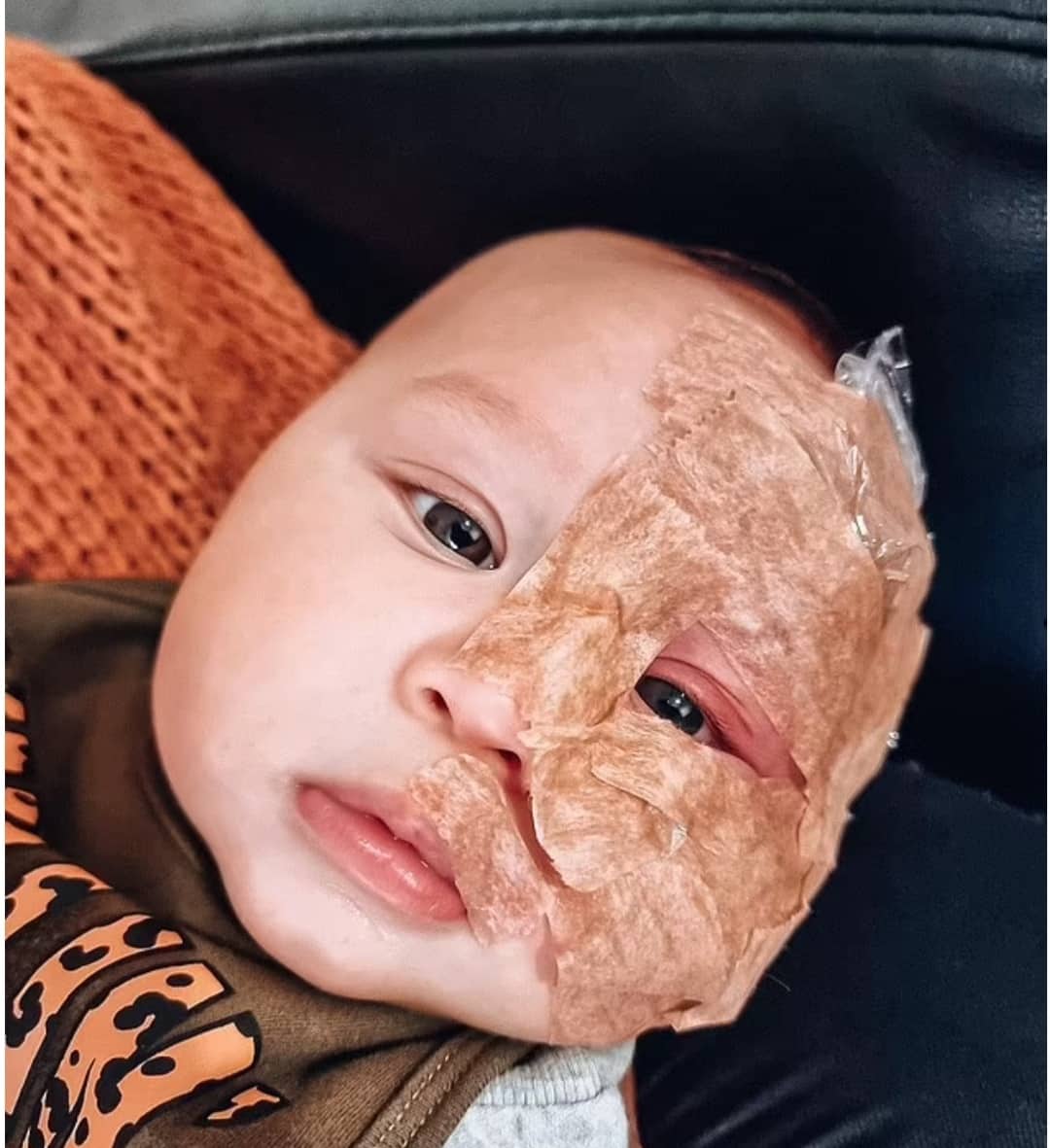 In order to prevent any further damage, she and her husband decided to have the mark removed with laser treatments.

“The only way to treat a port wine stain is through laser treatments and the most effective laser for a it is called a Pulsed Dye Laser,” Brooke said.

‘When he was first born, we were referred to the Queensland Children’s Hospital dermatology and vascular department, where they organise the first treatment and explain in further details why laser would be important.

“The purpose of the laser treatments are not to ‘remove’ the birthmark but instead keep the skin healthy, to prevent any further damage to the area.” 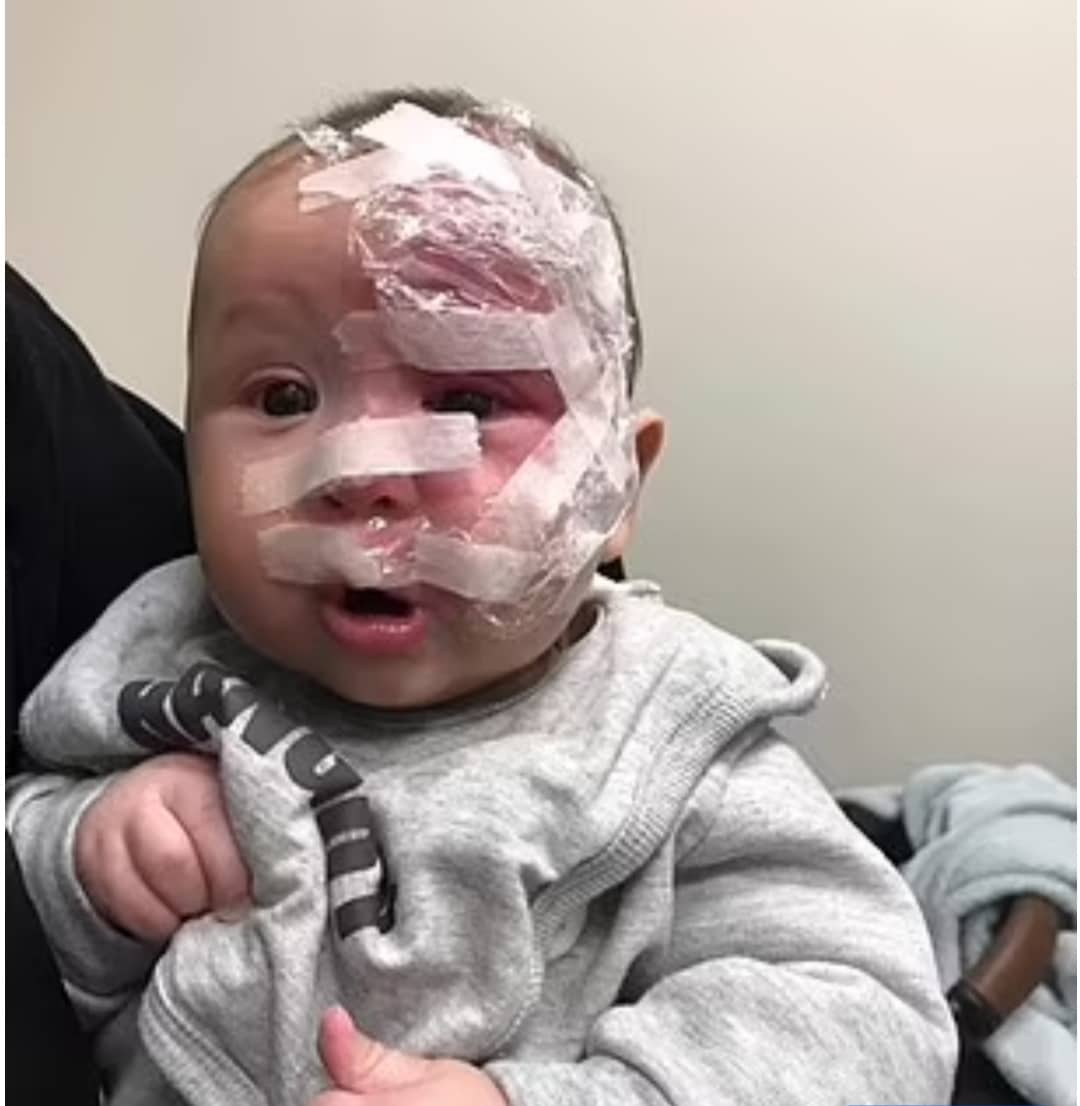 Both she and her husband were happy their boy reacted positively on the treatments, and she could never imagine that many would slam her for her decision.

As she wanted to document Kingsley’s journey by sharing photos and videos of him on TikTok, she realized that a lot of people thought she was a ‘monster’ for making him go through the treatments.

“Don’t think I could laser my baby,” one person wrote.

“That birthmark is barely visible, what you’re doing to him is horrible, it’s more for you than him,” another added.

There were more mean comments, such as: “Brainwashed mother making her kid insecure the second he gets out the womb,” and “Why is everyone supporting this?” 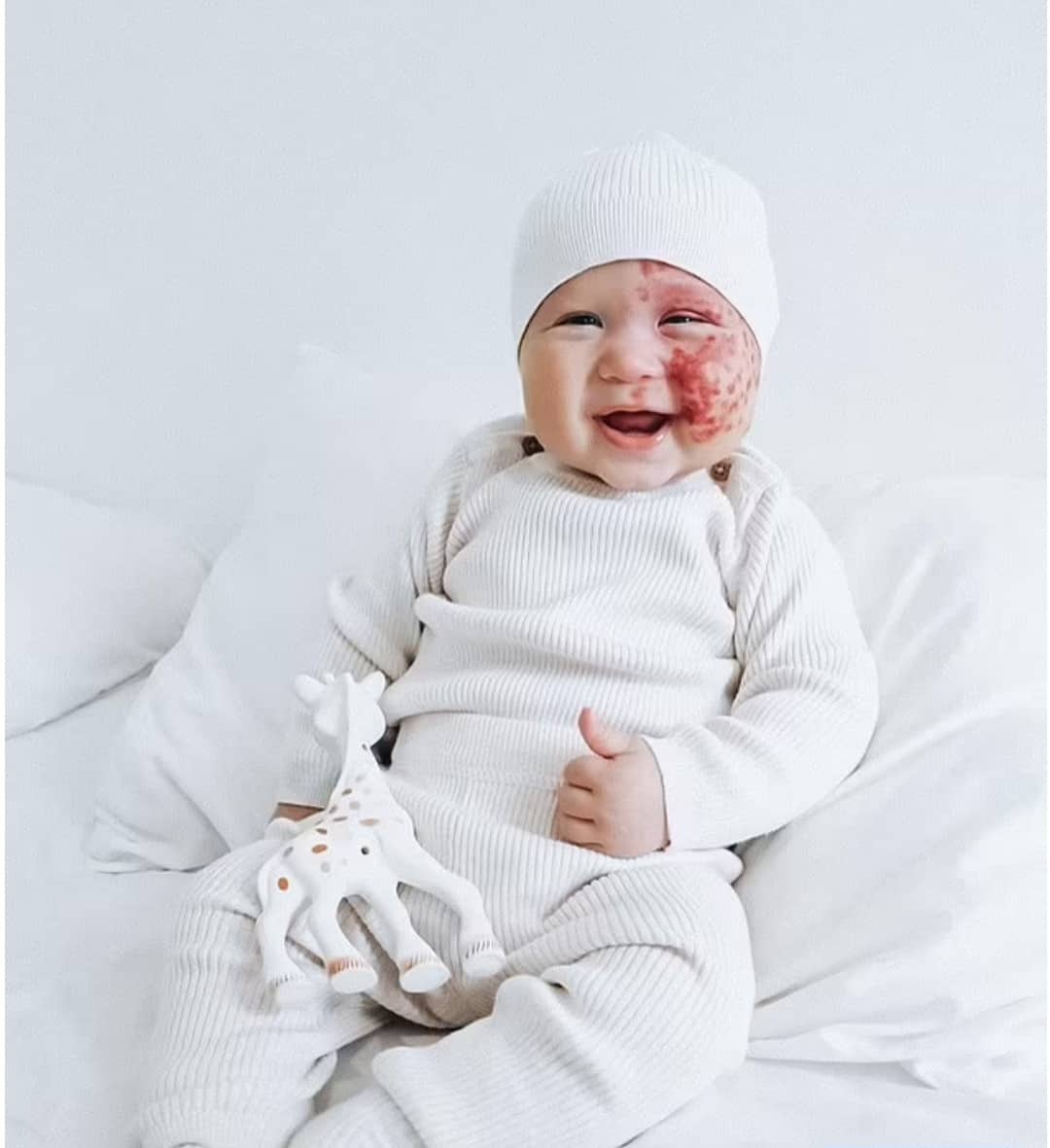 These comments broke Brooke’s heart. She knew what she did was all for the sake of her son’s health, but people wouldn’t understand that. 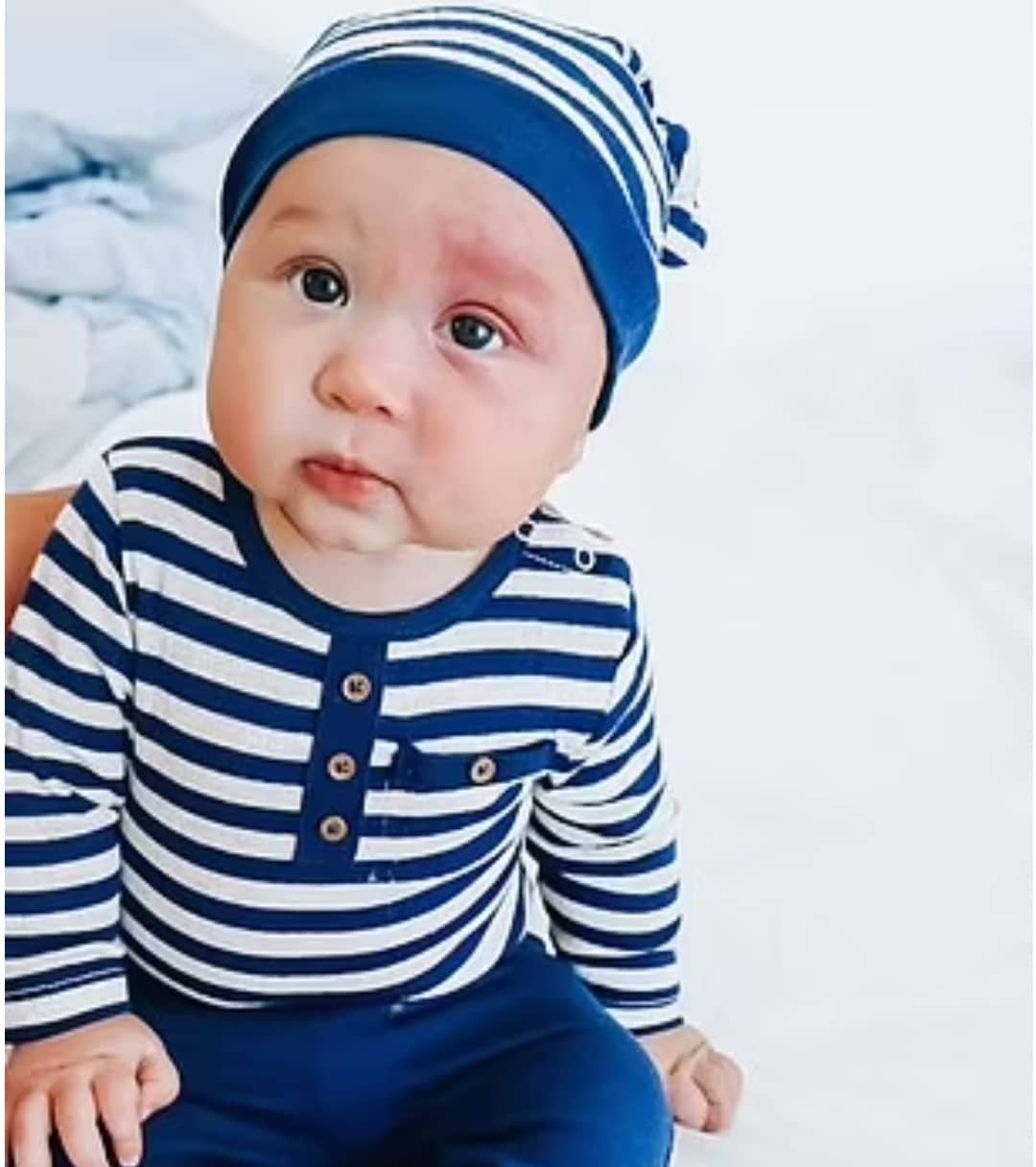 “Honestly, when I first started reading the negative comments, I sat there for a good half an hour and cried to myself,” this mom said.

“I had a whole heap of mum guilt and it made me question my decision, even though I knew I was doing the right thing, the cruel words still played in my head.

“Thankfully for every negative comment, there were 100 positive, so it helped a lot!”

“I just wish these people had known about the health issues connected to these types of birthmarks before writing these things, that this wasn’t for cosmetic reasons and that as parents, this was the hardest decision we have had to make.

“That the last six months have been extremely hard on us and reading these comments, actually do hurt – this is the last thing we need, judgement from those who have no understanding around my sons conditions.”

No matter what some people say, Brooke is a loving and a very much devoted mother and her baby boy is “the happiest, most loving and sweetest boy you will ever meet!”