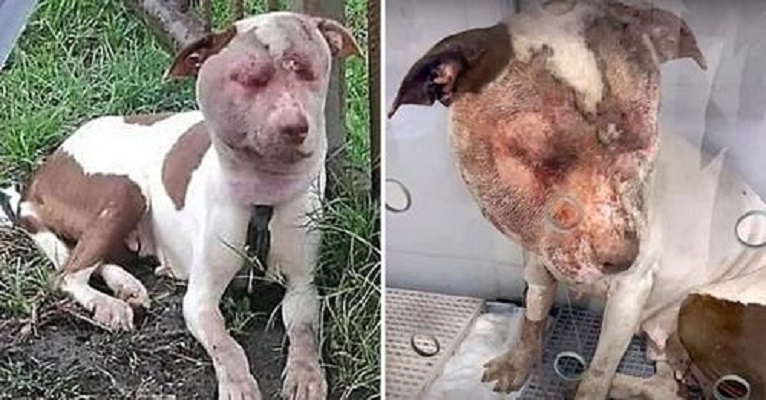 A good Samaritan discovered a dog lying on the ground in Santíssimo, Rio De Jeneiro, Brazil, in desperate need of help, writes ilovemydogsomuch

She had been helplessly roaming the streets with a severely swollen face and was in so much pain. The person who found her tied her to a fence so she wouldn’t escape and tried to feed her food, but she was too sick to eat. 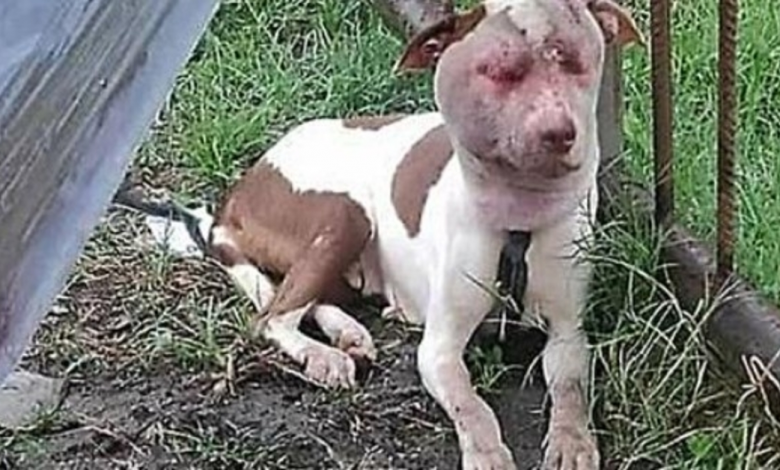 Thankfully, a local dog rescued named Randel Silva heard about the dog and agreed to help. They named this sweet pup ‘Jade,’ and rushed her to the vet.

It looked as if she had been beaten. She was swollen, sore and bloody and suffered from severe anemia and dehydration. 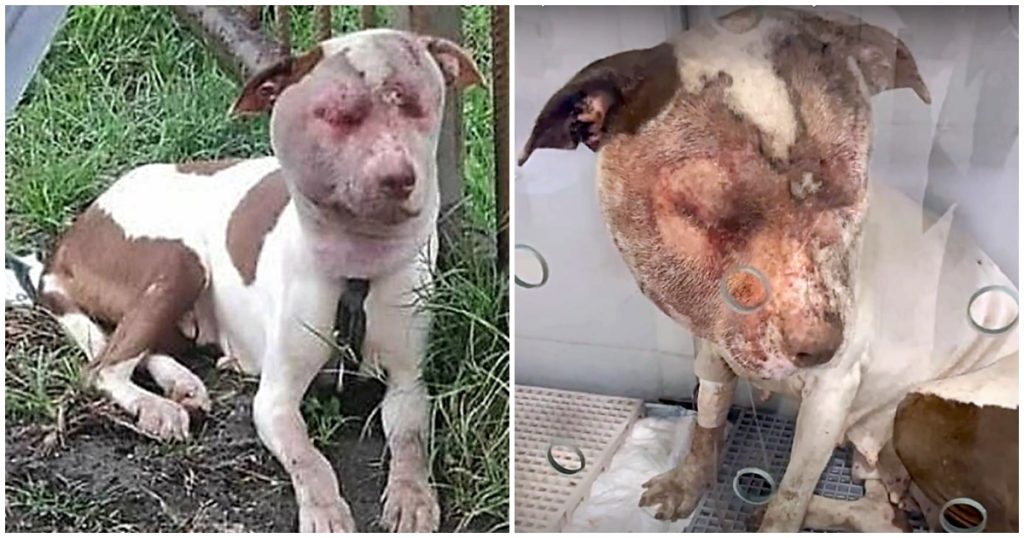 Vets started her on antibiotics and cared for her ’round the clock. She is now eating on her own and the swelling has gone down.

She is active, alert and bright, and looks like a whole new dog. She will remain under their care until she is fully recovered and is able to go to a forever home.