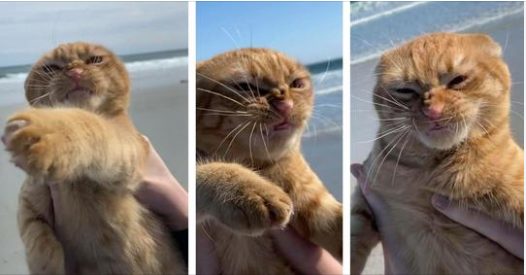 All of us who live with a cat know that every cat is different. Cats do all have the same instincts, same behavior patterns, you know, the stuff that makes them cats.

But after spending some time with a cat, you come to realize that their personalities are entirely different and unique. Every kitty cat has its quirks, and that’s what makes cats your favorite animals.

Pumpkin, an adorable ginger cat, is no different. He joined his family and his brother Moustachio on a beach trip recently.

This was the cat’s first time at the beach and Pumpkin made sure everyone knew how he feels about it. His facial expressions are just fantastic. It turns out that he loves the beach but absolutely hates the strong wind.

At first, Pumpkin liked the beach very much 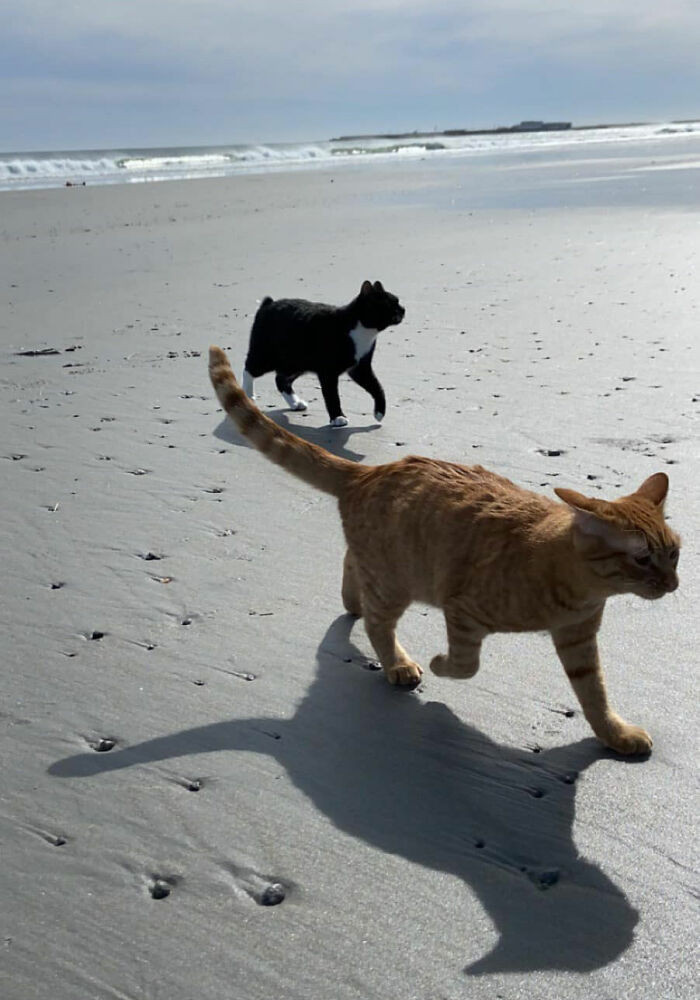 “The first day my daughter and I brought him to the beach, the wind picked up and he started to make faces. We had never seen anything like it before. So we took a quick video. The beach pictures all came from a 5 seconds video! He has since been back to the beach and likes it very much,” his owner says.

But then the wind got stronger

And it became obvious that he doesn’t like it 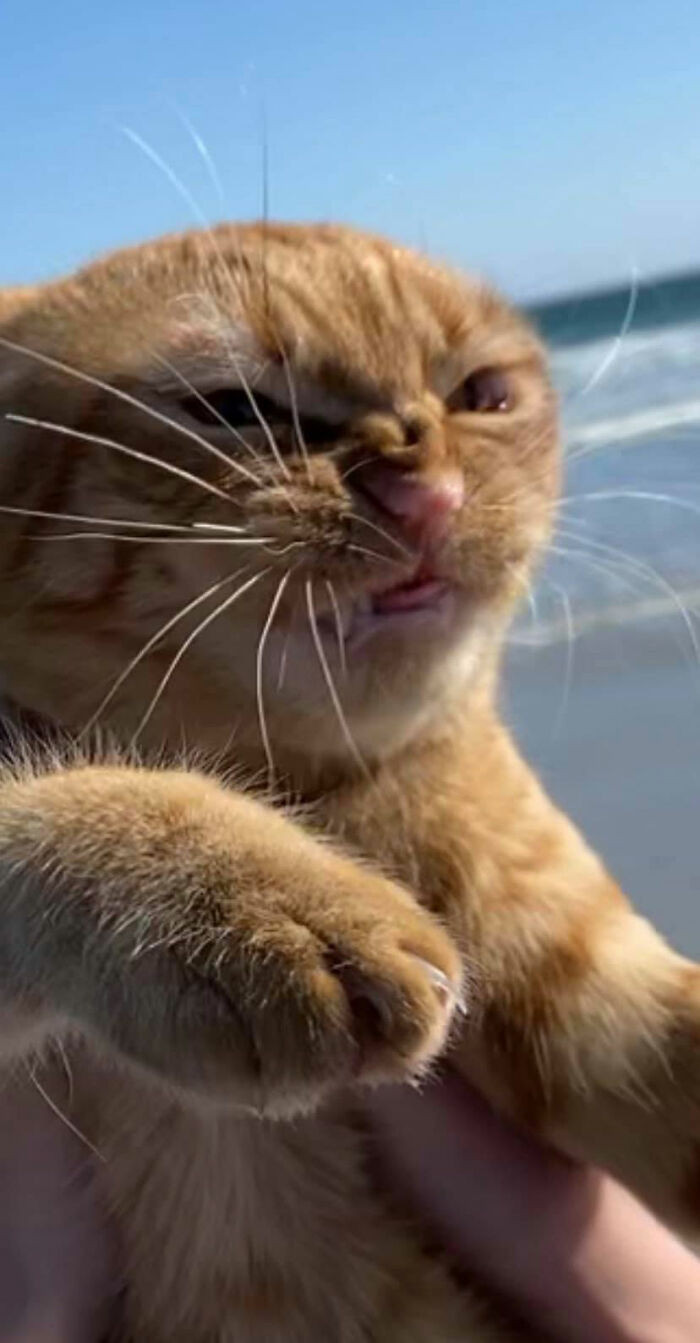 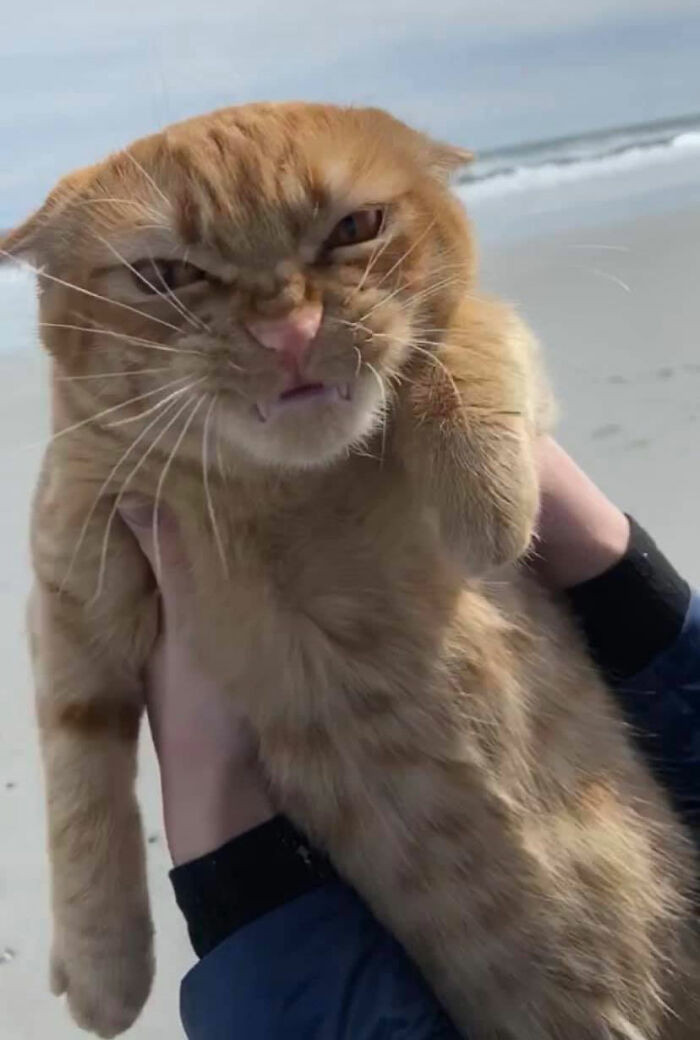 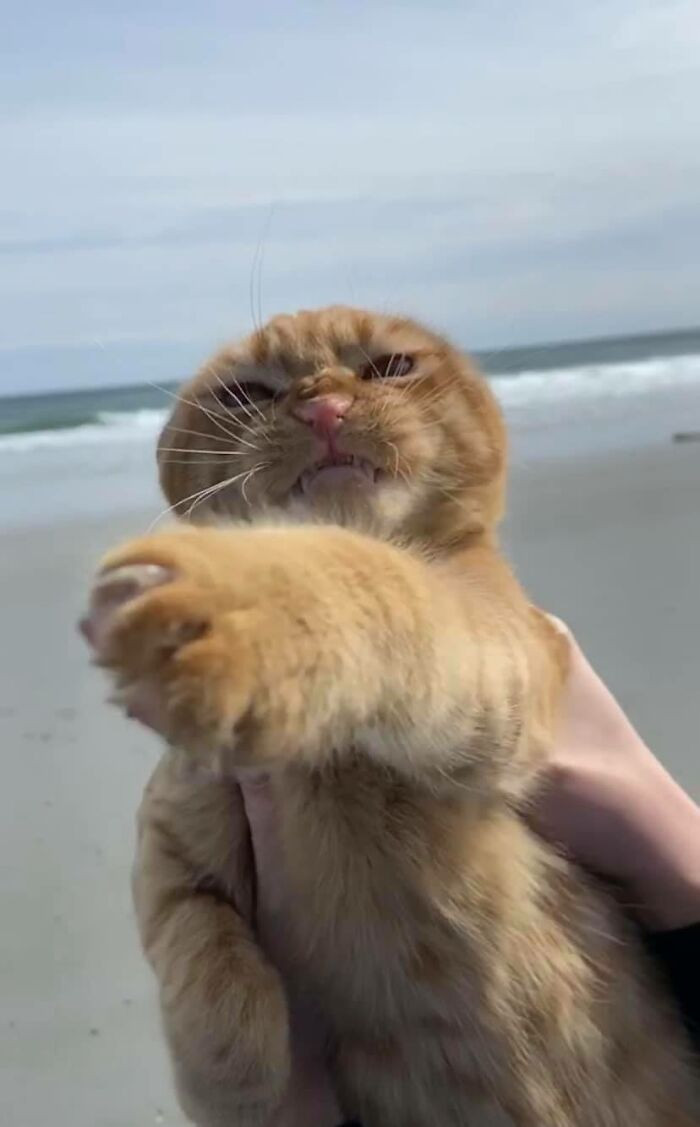 Pumpkin loves spending time outside and joining his family on all kinds of adventures. “Pumpkin was so captivating from the beginning. He is so curious, charming, adventurous, and so very intuitive. He loves all other animals, and they love him too. He seems to be so connected to all living things,” the owner says.

So, when they were planning a trip to the beach, they wanted their cats with them. At first, Pumpkin was having fun exploring the beach and playing in the sand with his brother. But when the wind started to pick up, it became clear that the ginger boy doesn’t like it very much. 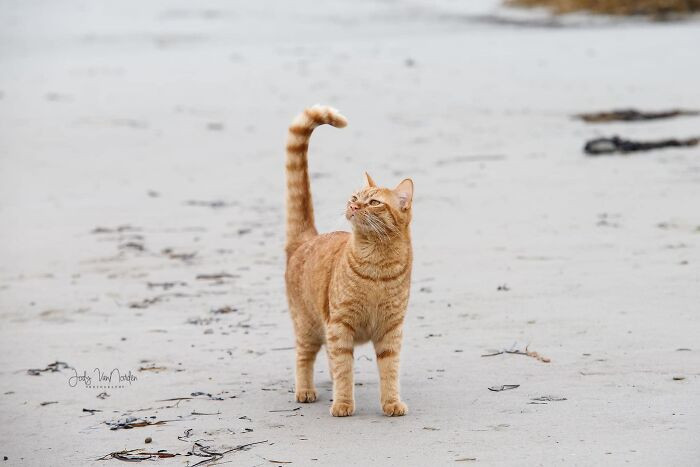 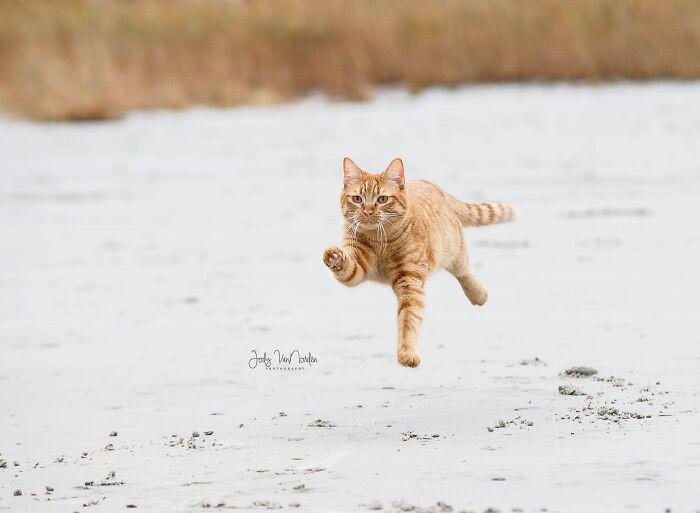 “Pumpkin has a mild case of Cerebellar Hypoplasia, and it affects a part of the brain which controls his motor skills. It makes him clumsy at times. It affected his coordination as well as depth perception,” the owner said. But that doesn’t stop him from fully enjoying his life.

Pumpkin suffers from illness that affects his movement and depth perception. 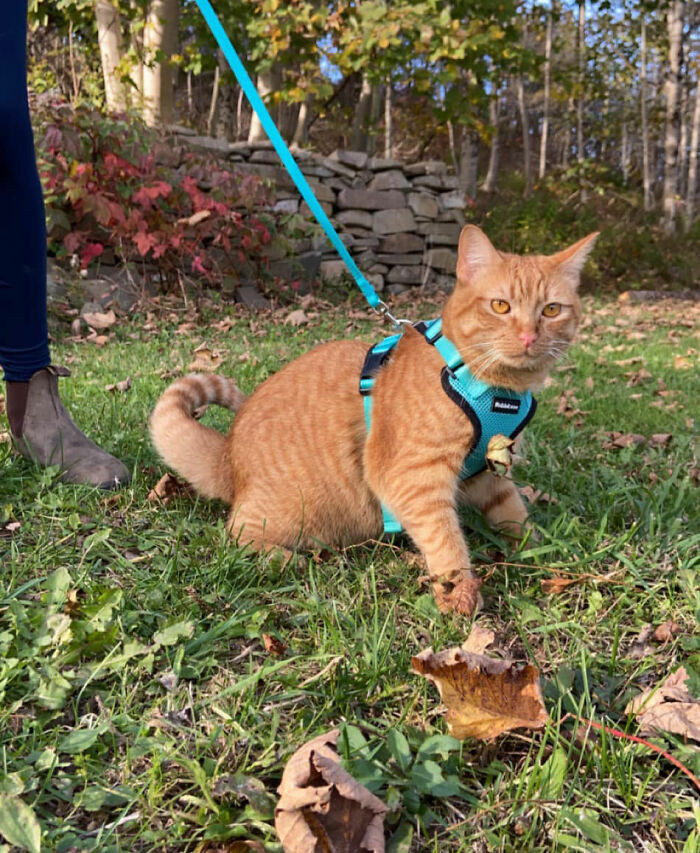 But the little hero didn’t let his condition stop him from living a full life. 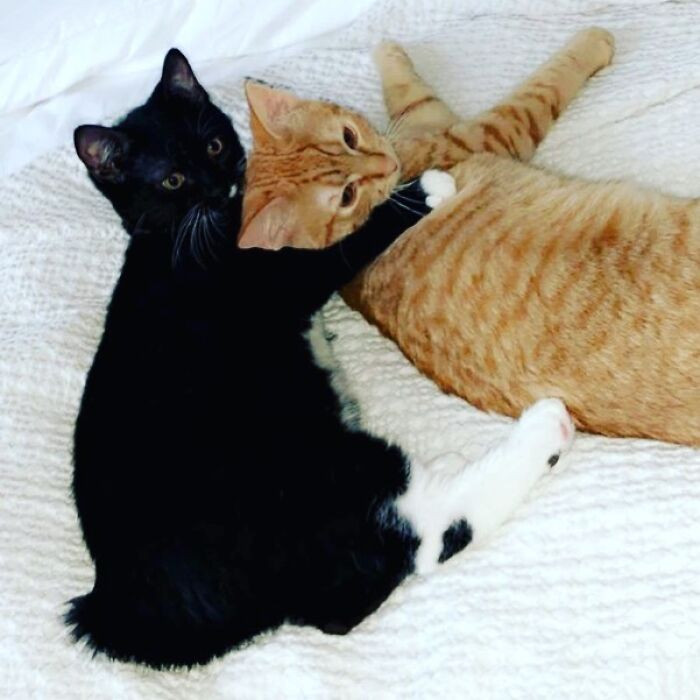 Pumpkin became an internet sensation. His Facebook post already has more than 11k likes. “We’re overwhelmed with all of the love for Pumpkin. It’s crazy how fast his pictures went viral. Fans have made so many memes, it seems his face is very relatable!” the owner says.

“He has such a colourful personality, our friends and family kept telling us ‘make him a Facebook page!’ So we finally did on Oct 11th of this year. We live him so much, and he brings our family so much joy; we’re happy we can share him with the world.”

His expressive face made him a true internet sensation 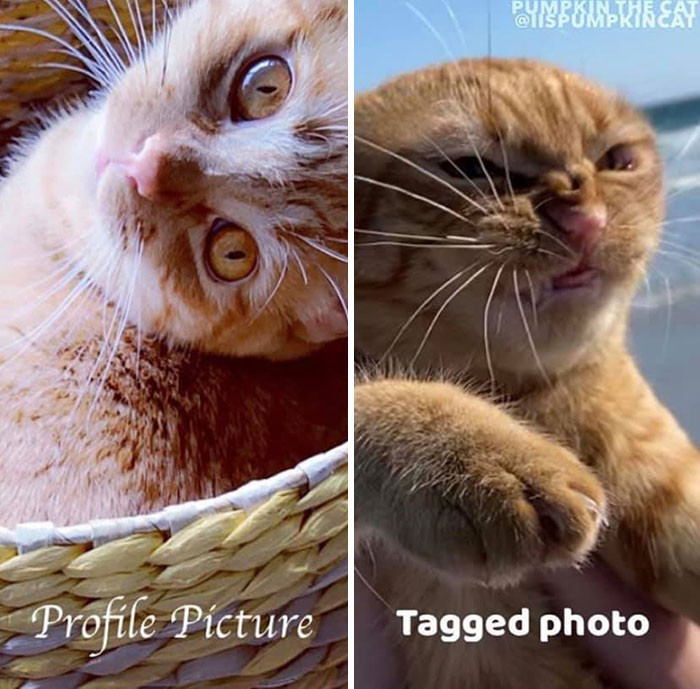 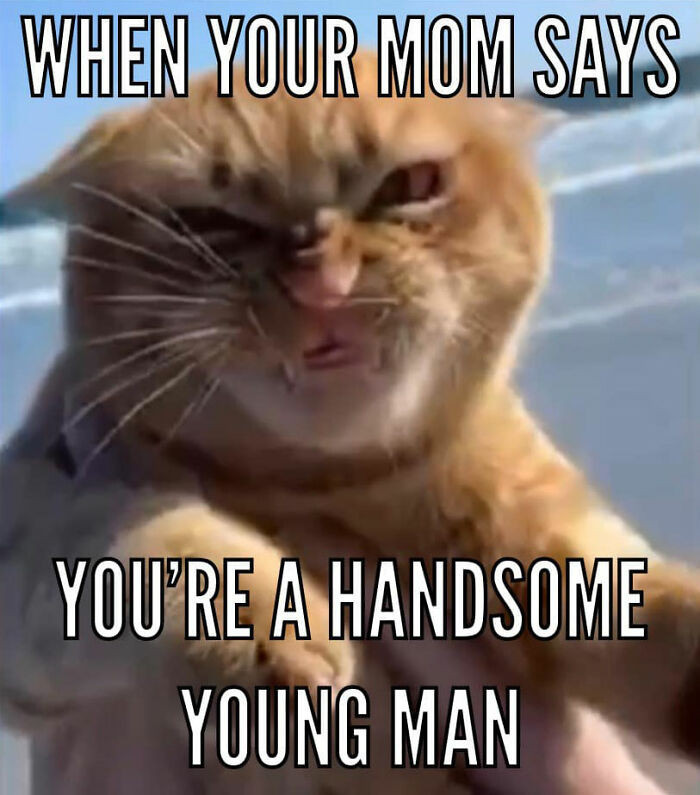 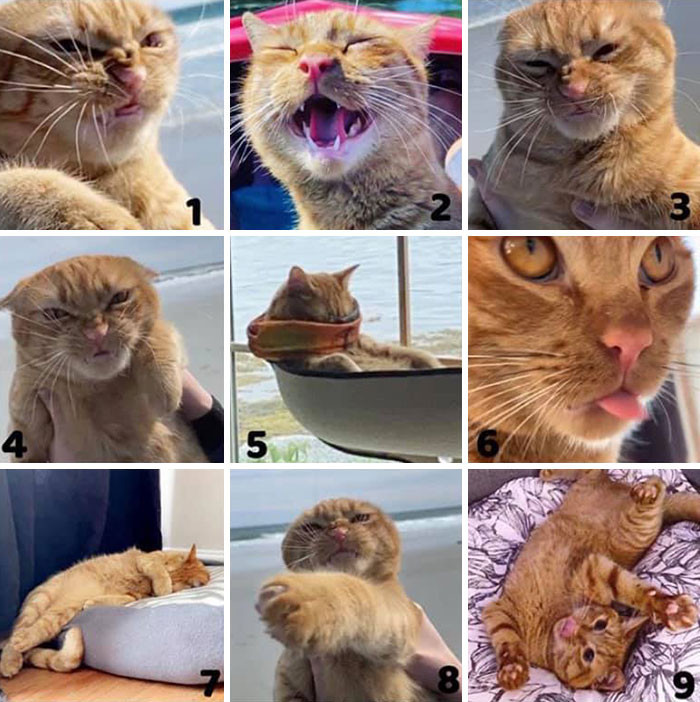 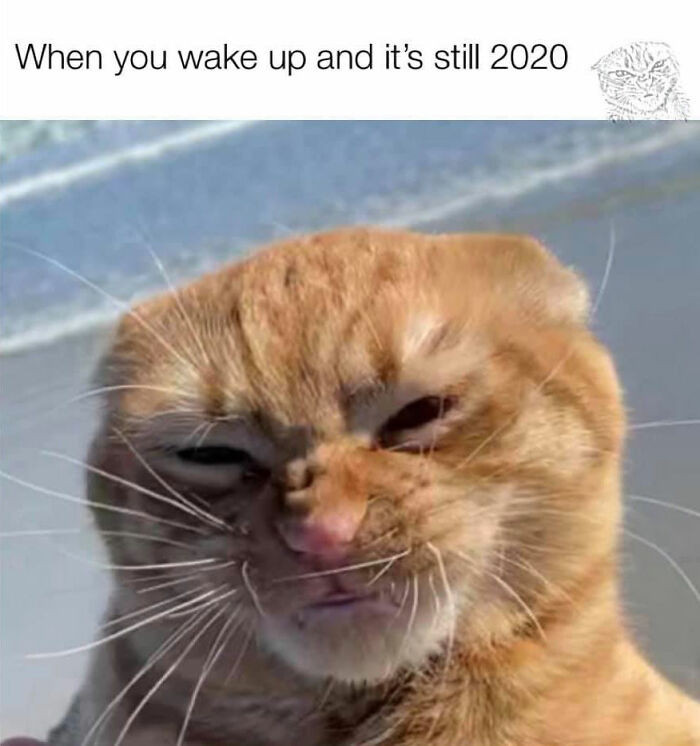