Man Manages To Immortalize Three Lynxes In Memorable Photos. They Seem To Have Posed 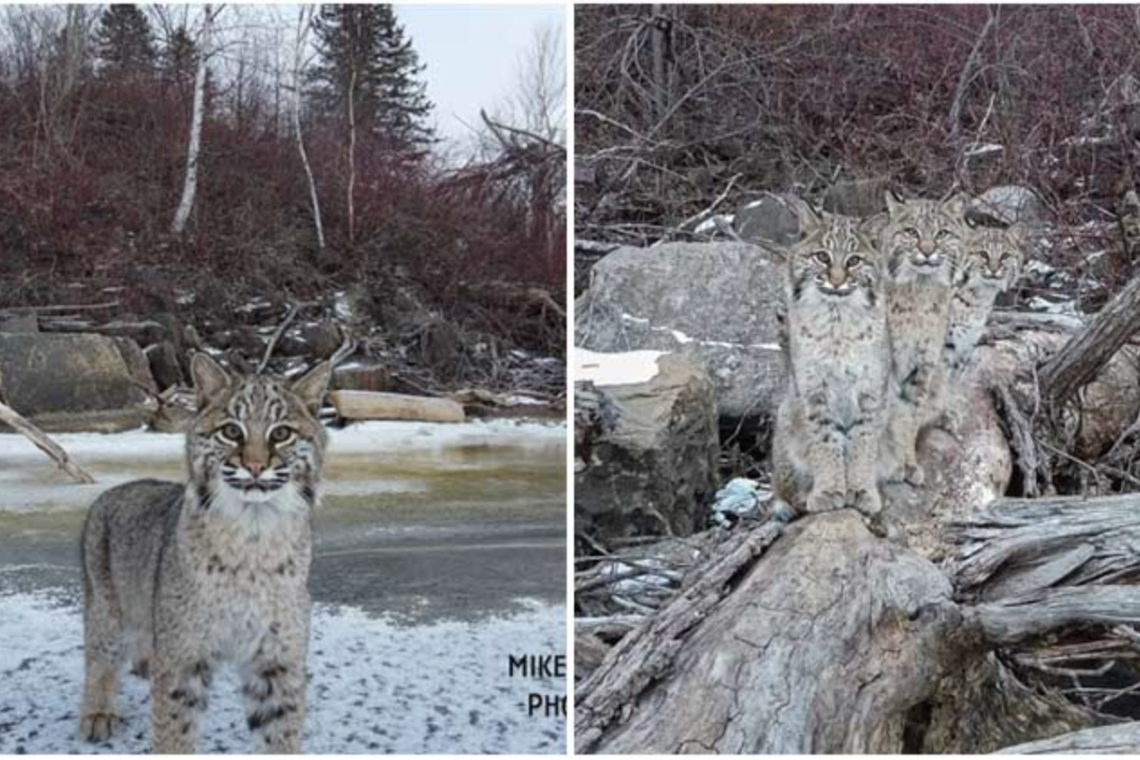 Ask any photographer: the perfect photo does not exist, or at least it is very difficult – if not impossible – to obtain. There are so many factors that go into taking an all-around flawless photo that it’s actually hard to satisfy all of them.

Yet, when you admire certain shots, you think that perfection can really be approached. Skill, intuition, good timing, tools and creativity are all elements that, taken together, can bring to life true photographic masterpieces, those that only happen once in a while. life. Just like the photo of Mike Mayou, a professional who managed to immortalize three splendid lynxes in a photo where they seem to have posed for his lens! 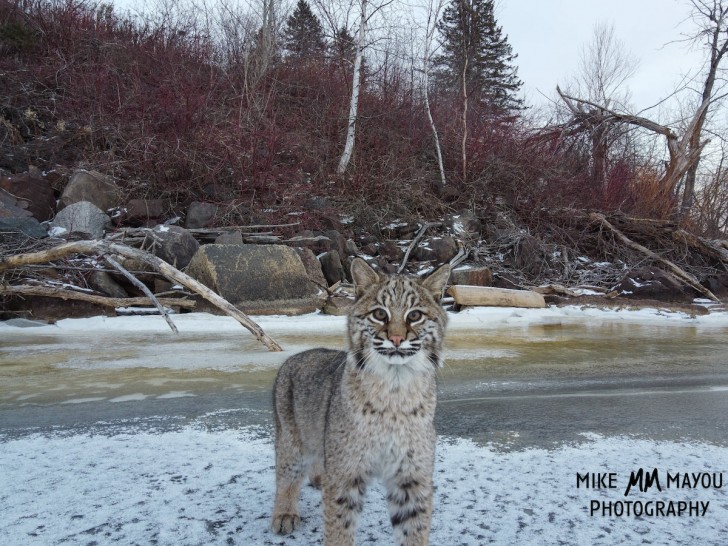 We are in Minnesota, on the banks of the St. Louis River. It was there that Mayou was flying his drone, searching for snapshots of nature, when he saw the trio of wild animals that immediately caught his eye. They were three bobcats, beautiful felines that were intrigued and perhaps at first a little intimidated by the strange flying object that had suddenly materialized in front of them. 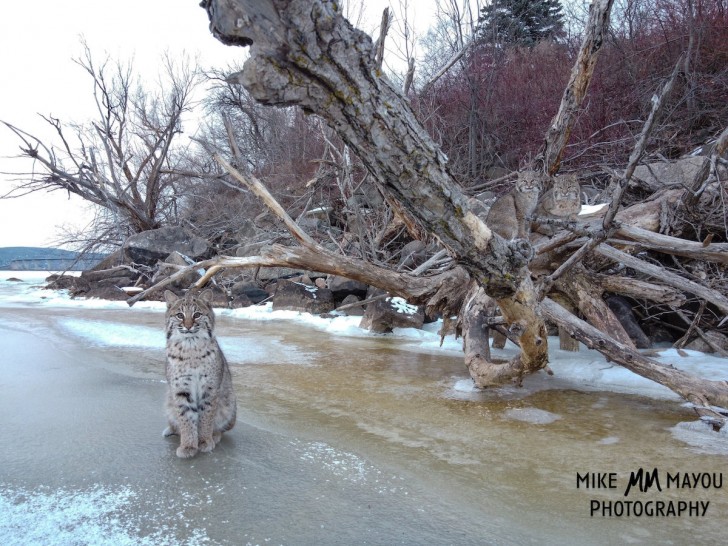 After a few minutes looking for an explanation, the animals seem to get used to the buzzing, so much so that at some point, they “come into a pose” one behind the other on the trunk of a tree, with an expression to say the least adorable. 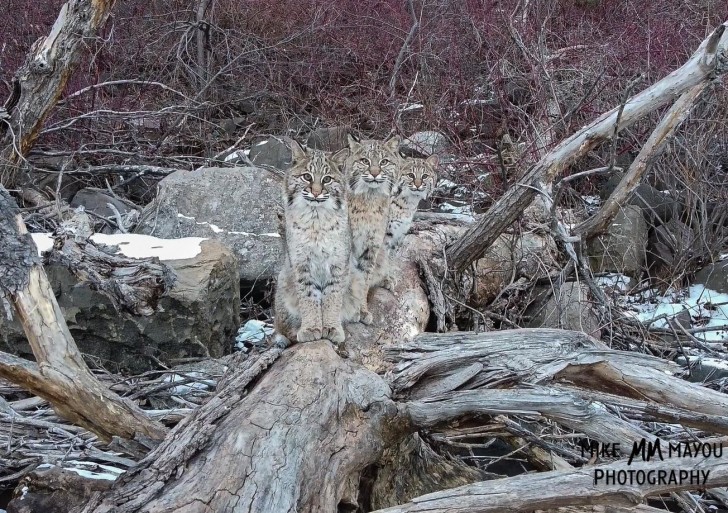 Impressed by this moment, Mike took his memorable photo. And the best part is that the photographer would never have thought to capture such an image – chance, in this case, makes it all the more fascinating. Not to disturb the lynx further, Mike decided to move his drone away soon after, certain that he had managed to take a photo that will go down in history. It is certainly not every day that you can admire these beautiful felines so closely: aren’t they magnificent?

Below is the link to the full video showing the happy encounter: