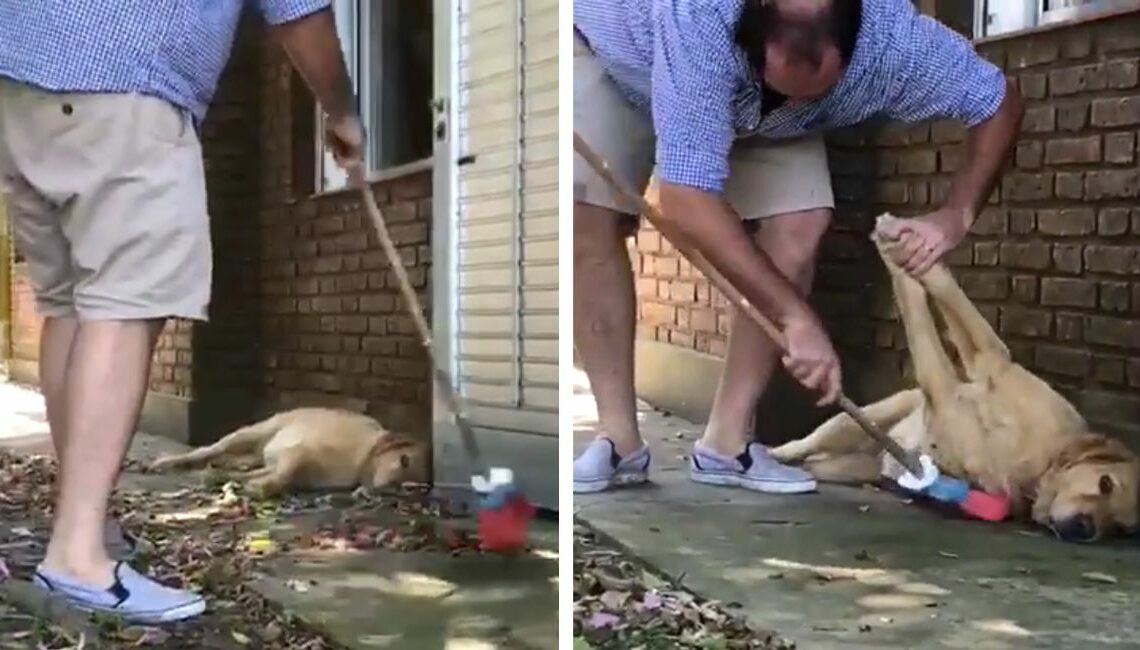 The dog does not move, although her owner sweeps close to her body.

Lazy is a Golden Retriever who shows us what really makes her happy . This canine loves to enjoy long naps, where she is not interrupted at any time. Apparently her owner, Lucho Bugallo, got her used to it that way.

Throughout her existence, Lazy has been very pampered and this dog has a very affable character . For its owner, it is the reason for several smiles during the day. Both share a life and a home in Argentina for the last 10 years.

“At home we call it a carpet, she is happy spending her days lying down,” Lucho mentioned to a media outlet that was interested in the humorous story. Allowing yourself to be dominated by laziness is what Lazy does best .

Lazy’s owner posted the moment she is pierced as she sweeps through his space. The publication became viral because of how funny the dog looks like a carpet. To the point of being reproduced more than 650,000 times on Facebook, arousing hundreds of reactions among Internet users.

“If you’re going to move somewhere, Lazy goes to bed in that place first. If you’re going to sweep the floor in the house, Lazy just lays down where you have to clean,” the man mentioned. Who doesn’t seem bothered by how lazy his dog is. Although Lucho has to put in a little more effort for housework, Lazy’s happiness and pleased face are his greatest reward.