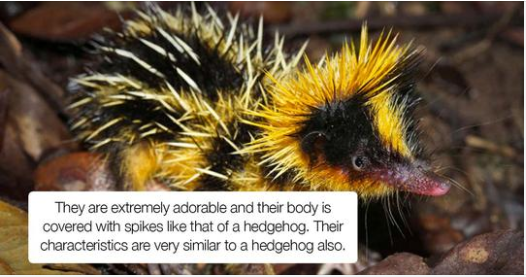 A lot of strange-looking and unusual animals may be spotted in the rainforests in Madagascar. They may be little and grumbling in the leaves.

This particular unusual animal was spotted in the same rainforest in Madagascar. At first sight, it looks like a mixture of a hedgehog and a shrew.

But its colors and stripes on the body were like those of a bumblebee. This bright color made it more visible.

These little creatures are called Lowland Streaked Tenrecs. They are extremely adorable and their body is covered with spikes like that of a hedgehog.

Their characteristics are very similar to a hedgehog also. In order for their protection, they curl themselves in the shape of a ball.

It also releases its spines in case of danger.

If it senses a predator, it arranges the spines in its neck and head in the form of a mohawk and attacks headfirst. It may release its quills if need be and they are quick to grow back also. 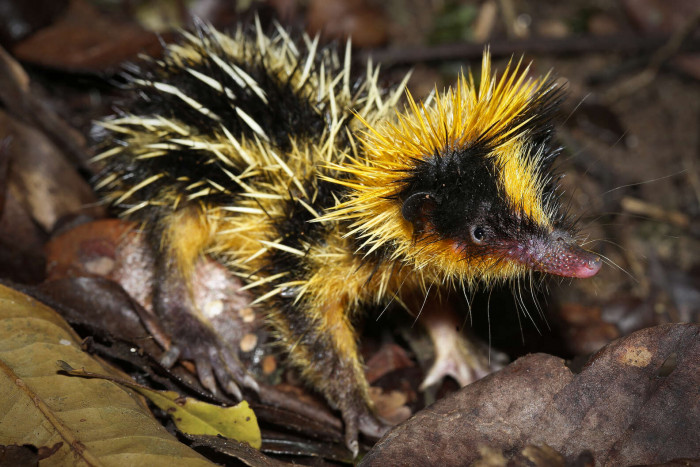 The spines of tenrecs also act as a communication device.

Just like grasshoppers and crickets, they use a method called stridulation to communicate among their family group. They generate high-pitched vibrations by rubbing the special spines located on their backs.

These vibrations can only be heard and understood by other tenrecs only. The tenrecs are the only animal that looks like a mouse and makes such vibrations. 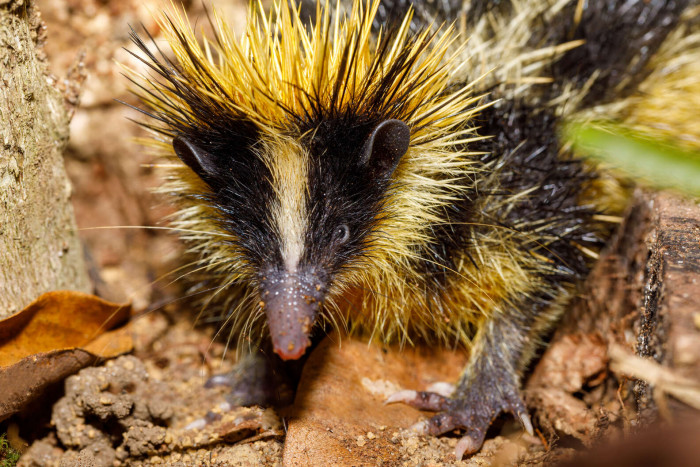 The tenrecs’ mate during the rainy season.

They locate and court a partner through a method that is a sniffing ritual. Amazingly they can have around 11 offspring each year and are looked after by both the parents.

They have a quick growth rate and they are ready to leave their burrows in a week after being born. It takes only a month for them to mature.

The lowland streaked tenrecs may not be an endangered species as yet but they are close to losing their natural habitat. If the forest is gone they may also become endangered.

They are not even known to many people as they are only found in specific places. However, their impressive hairstyle and unusual language are helping them gain a lot of fans.

Look who I met while hiking in #Madagascar: lowland streaked tenrec! pic.twitter.com/1TRJGQgkQl