Mother Leopard Helps Her Cubs Cross The Road, The Video Is Fascinating 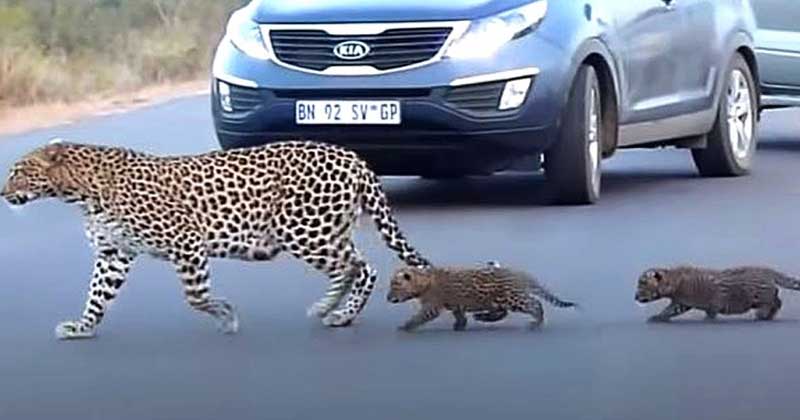 It is always wonderful to see how even the wildest and most “unexpected” animals, with their behavior, are able to communicate something really deep and sweet at the same time.

We realize this when we have the chance to witness scenes whose protagonists are exceptional creatures, as precious as they are threatened by human activities, and therefore in need of respect and protection. The video we want to talk about takes us directly to South Africa, in the heart of the Kruger National Park, one of the largest wildlife reserves on the continent. Here live the most characteristic animals of the African savannah, as evidenced by the magnificent leopards that have given the world a beautiful representation of family life. 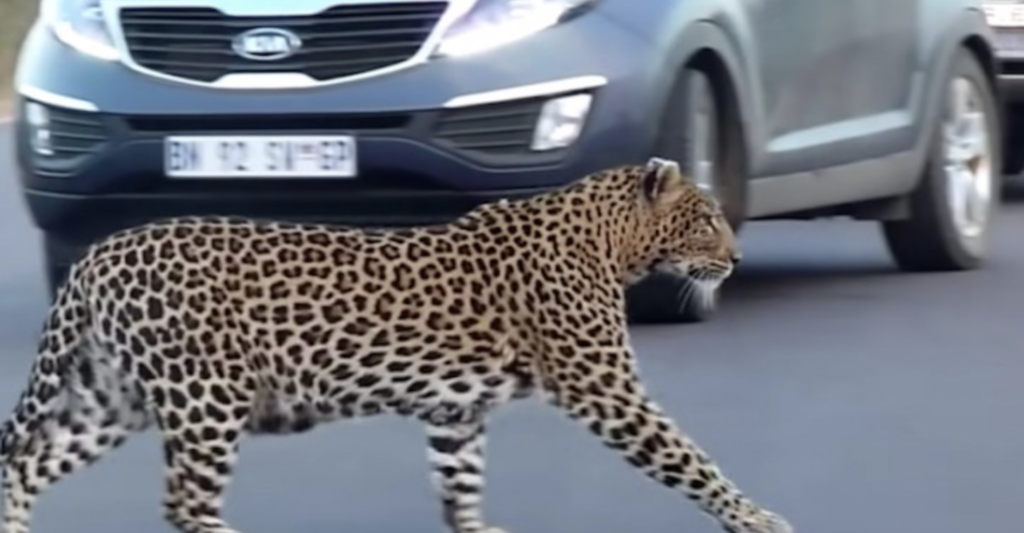 It does not matter which species one belongs to: the maternal instinct is in reality something transversal and often innate. So when it comes to teaching the little ones something important and vital, every mother comes on the front line to help and protect them. Like the marvelous leopard that had to pass from one side of a road through Kruger Park to the other, carrying its young.

A risky operation, which deserved the attention of the mother, more determined than ever to teach her babies what to do to avoid running risks. At first, the feline mother looked around, making sure there was no danger on the road, and only then did she return to the edge to pick up her two. small. 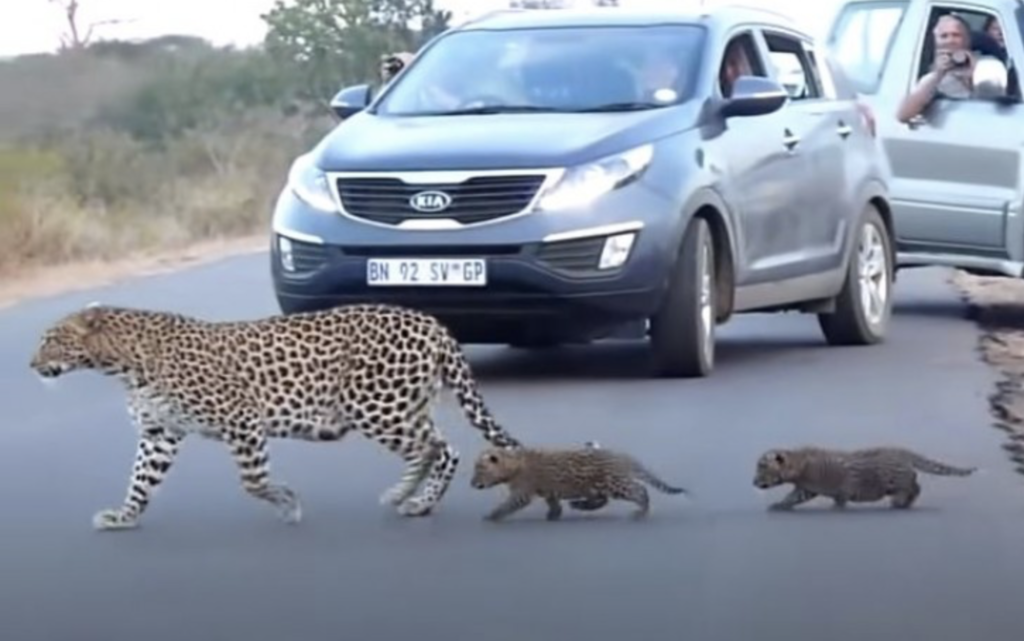 Very carefully, she led them through, keeping a close watch on the cars and what was going on . One of the two cubs, probably very scared, just didn’t want to run to the other side, and stopped right in the middle of the road, forcing his mother back and prompting him to move. Finally, all three managed to reach the other side of the road safely. 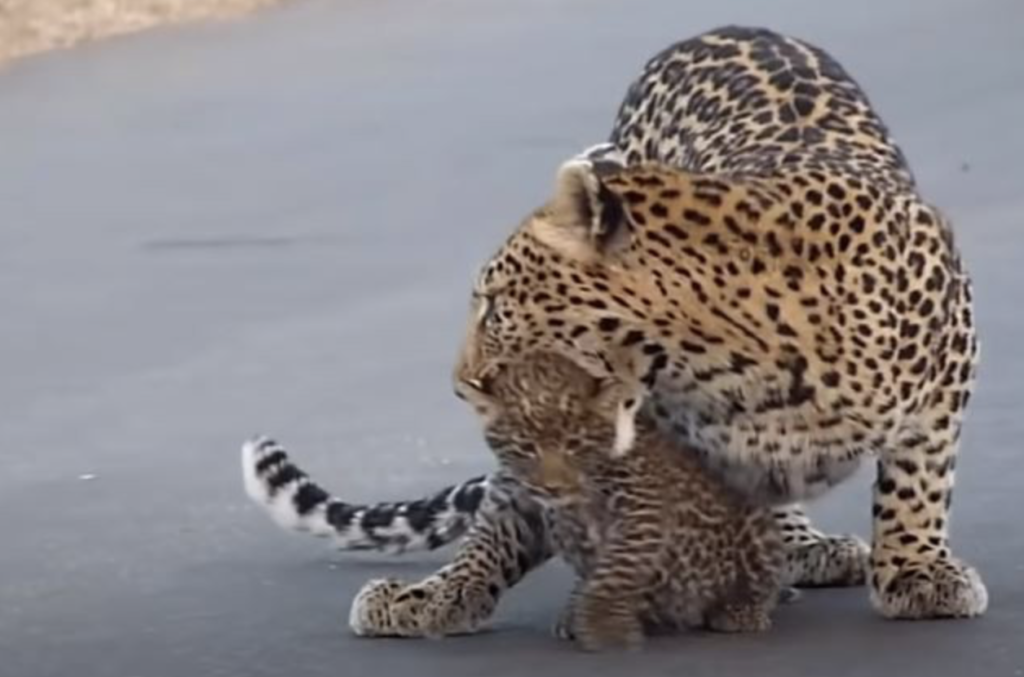 Looking at the scene, one cannot help but be simply amazed. According to the officials of the reserve, it is quite rare for a mother leopard to have her cubs cross through such a passage. The reason may be the need to explore new areas in search of food, and it is certain that this magnificent adult feline has shown great patience to ensure that the two cubs are safe. The maternal instinct is really something fascinating, don’t you think?