One Very Strange Bird Is As Rare As It Is Beautiful! 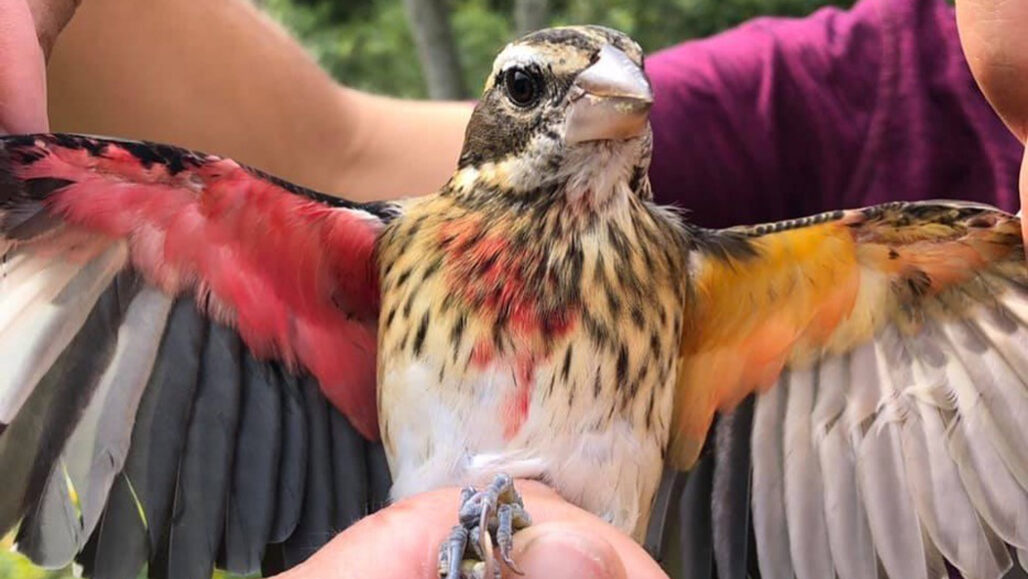 A rose-breasted grosbeak has been seen with a pink breast spot and a pink “wing pit” with black feathers on its right-wing – all the hallmarks of a male. However, on its left side, the songbird has yellow and brown plumage typical of a female!

Annie Lindsay had been out capturing and banding birds with identification tags along with some colleagues at Powdermill Nature Reserve in Rector on Sept 24 when a teammate called out to her on her walkie-talkie regarding the bird. Lindsay, who is the banding program manager at Powdermill knew right off the bat what she was looking at! A half male, half female creature known as a gynandromorph. 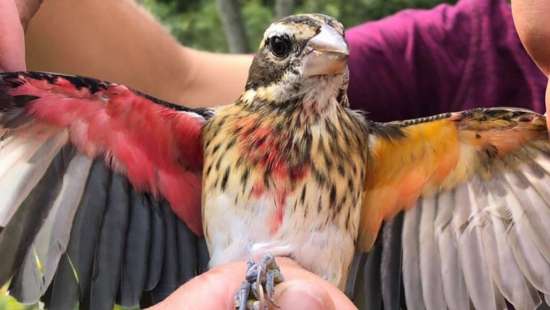 Birds like this are very rare. Lindsay herself has only seen one other similar bird, though less striking, around 15 years ago.

Gynandromorphs are found in many species of birds, insects and crustaceans such as crabs and lobsters. This bird is likely the result of an unusual event when two sperm fertilize an egg that has two nuclei instead of one. The egg can then develop male sex chromosomes on one side and female sex chromosomes on the other, ultimately leading to a bird with testis and other male characteristics on one half of its body and an ovary and other female qualities on the other half. 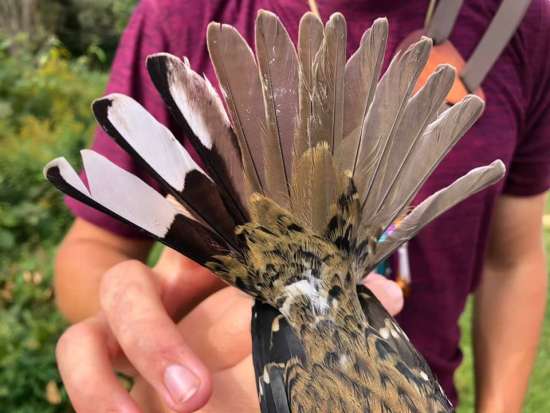 Unlike hermaphrodites, which also have genitals of both sexes, gynandromorphs are completely male on one side of the body and female on the other.

Scientists don’t know if these birds behave more like males or females, or if they can reproduce. UCLA biologist Arthur Arnold studied one gynandromorph zebra finch that used a male song and behavior to attract females. But there need to be more studies on whether behavior related to one sex is more dominant than the other across gynandromorphs, he says. 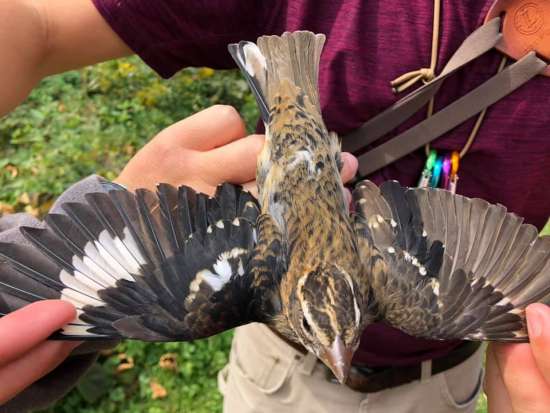 Such research is tough, however, because the creatures are so rare.