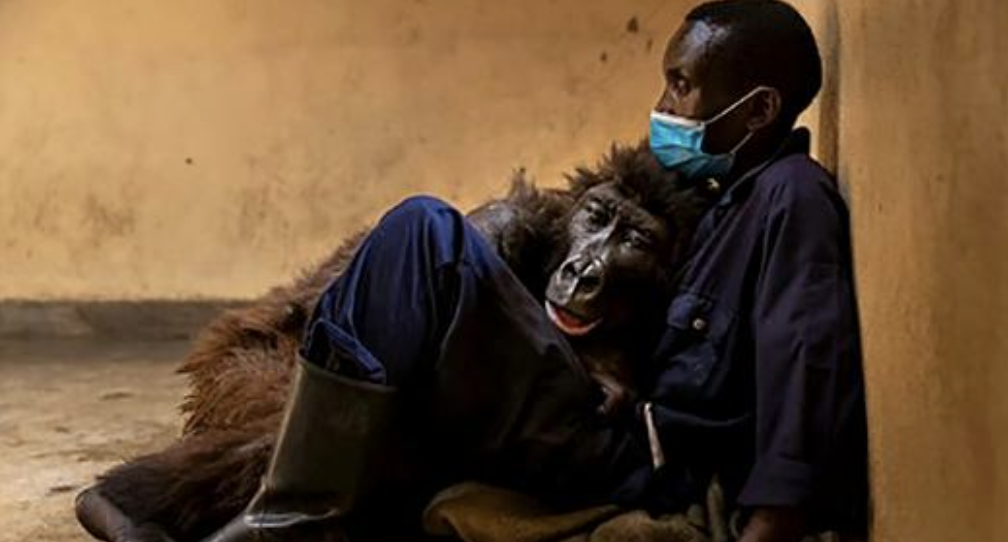 Sometimes animals become orphaned, and rely on the kindness of humans for survival. Thankfully, there are many people who devote their lives to taking care of these animals, and can become like a parent to them.

The trust between these animals and their caretakers was exemplified in one viral photo, which showed two orphaned gorillas posing for a “selfie” with one of their rescuers.

Sadly, one of those gorillas recently passed away — and another photo shows that her bond with her human friends lasted til the very end. 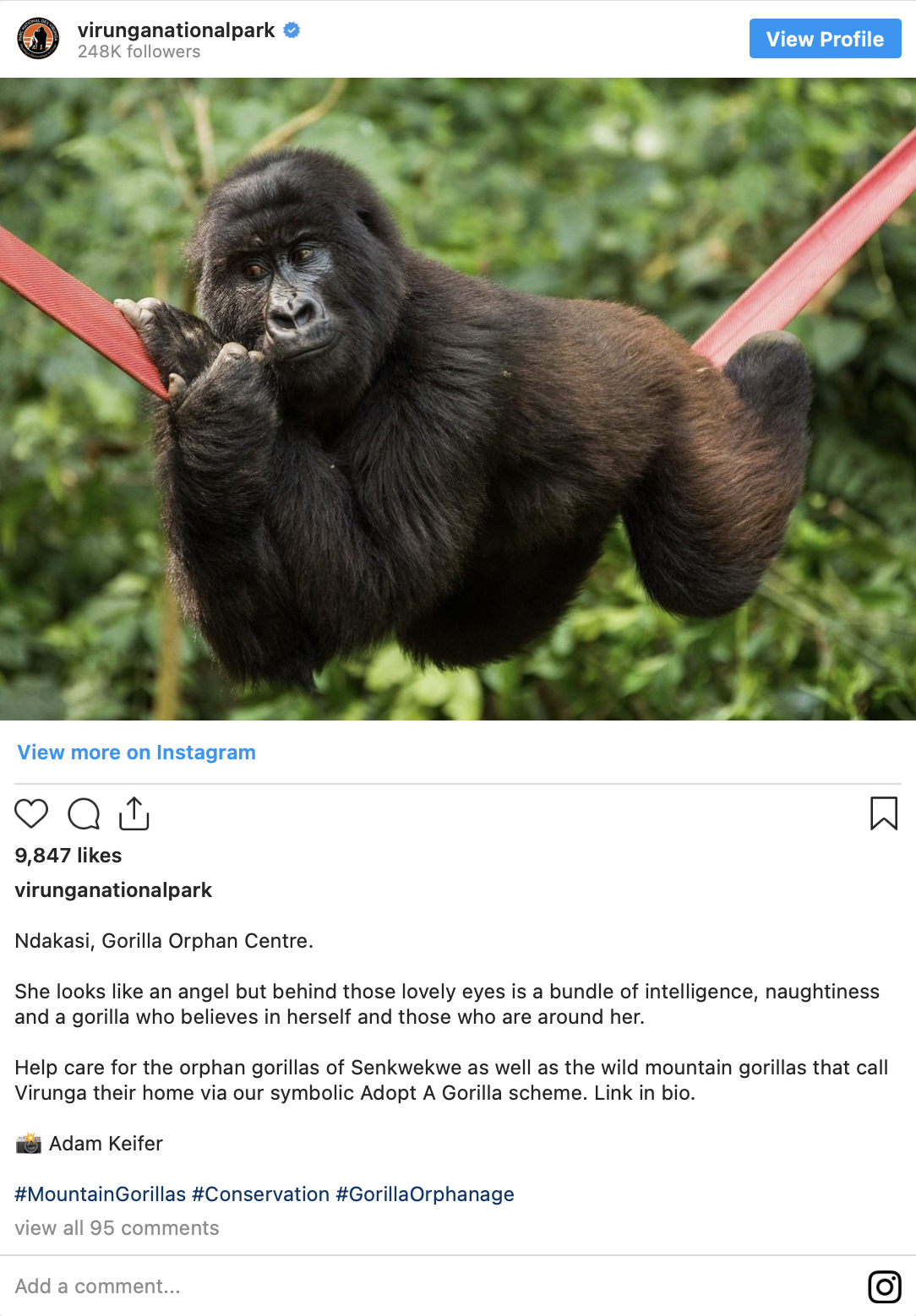 Found as an orphan

Virunga National Park, in the Democratic Republic of Congo, is dedicated to protecting local wildlife, including a population of endangered mountain gorillas, who are constantly threatened by illegal poaching.

In April 2007, park rangers found a heartbreaking sight: a two-month-old baby gorilla, clinging to the lifeless body of her mother, who had been shot by an armed militia.

Knowing the baby gorilla was orphaned, they took her in, and ranger Andre Bauma formed an instant connection: “All night long, Andre held the baby close to him, keeping her tiny body tightly against his bare chest for warmth and comfort,” Virunga said in a news release. 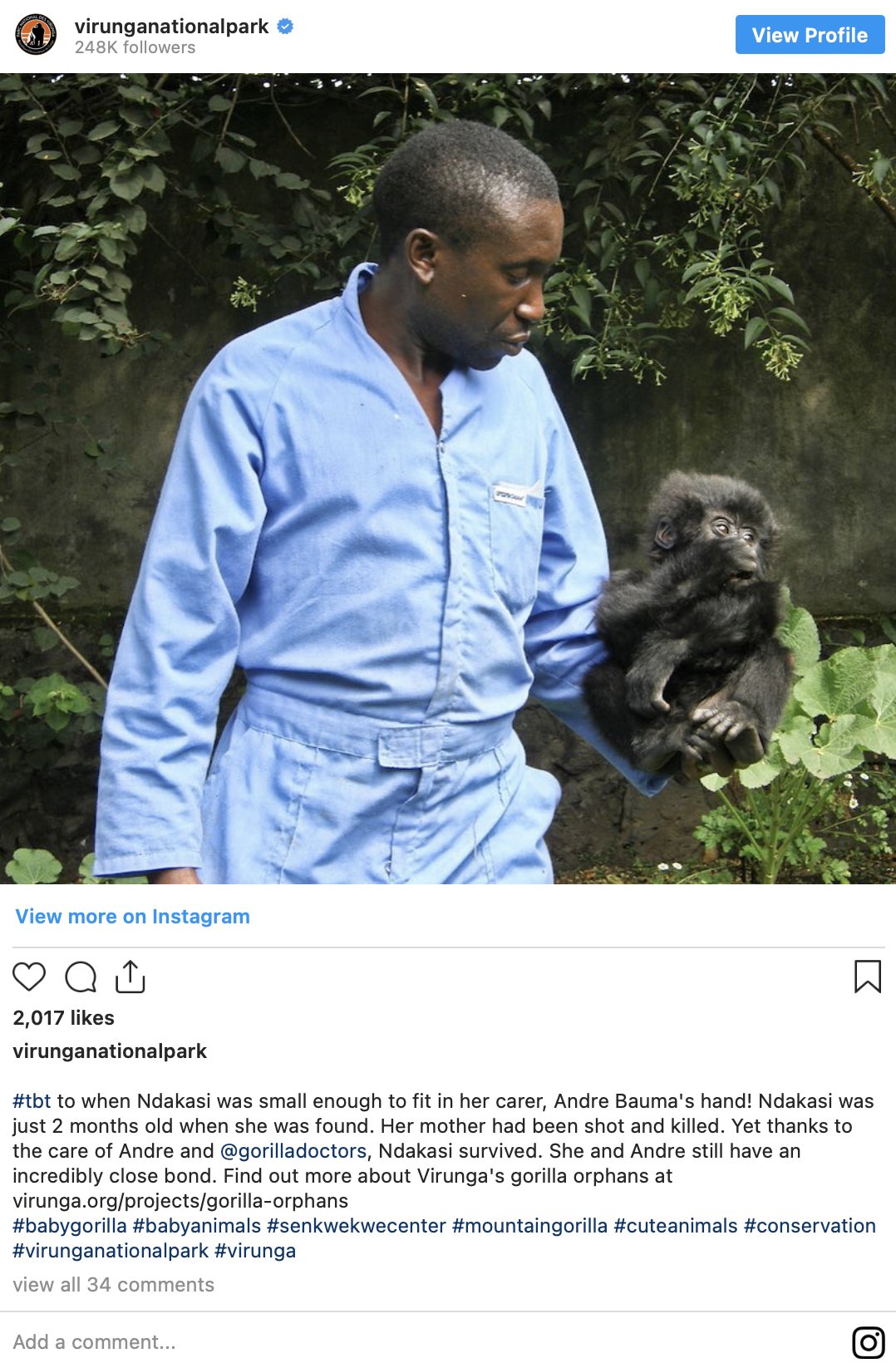 The orphaned gorilla, named Ndakasi, settled into a happy life at the park, living alongside a fellow orphan named Ndeze and continuing to have a close bond with her caretakers.

The whole world got to see that bond in 2019, after a unique and stunning photo of the gorillas went viral.

In the pic, Ndakasi and Ndeze pose for a “selfie” with their friend and caretaker Mathieu Shamavu. The gorillas are both standing upright and seem to be casually posing for the fun picture:

The photo went viral, and many people couldn’t even believe it was real. But the picture showed just how close and trusting the bond was between these gorillas and their human caretakers.

“Those gorilla gals are always acting cheeky so this was the perfect shot of their true personalities!” the park wrote on Instagram.

“I’m still close to them and they feel good,” Mathieu told The Dodo.

Sadly, Ndakasi passed away on September 26, following a prolonged illness, the park announced.

But one bittersweet, heartbreaking photo shows that she did not die alone: she was in the arms of her lifelong friend Andre Bauma, the same ranger who held her as an orphan so many years ago. 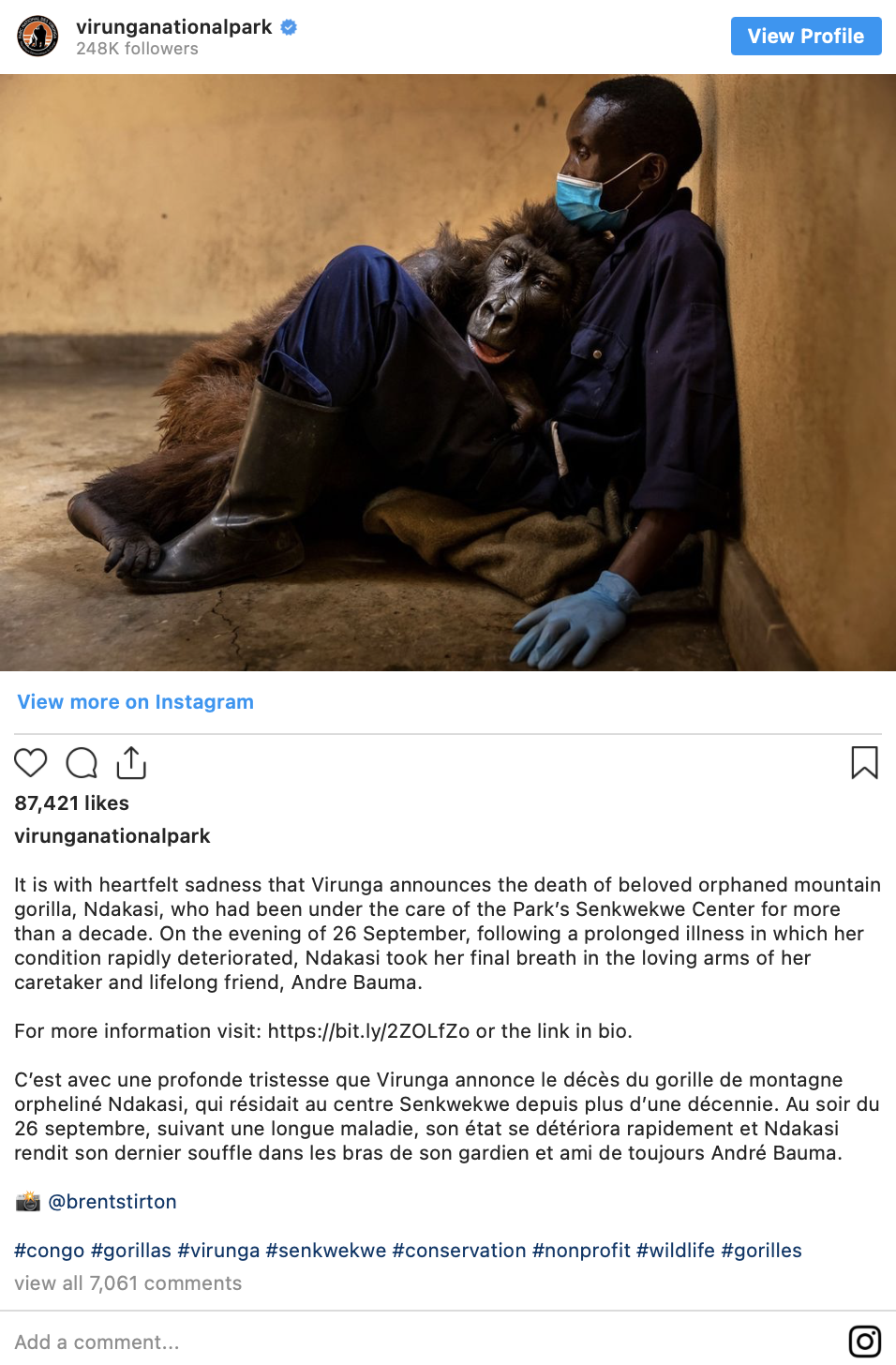 “It was a privilege to support and care for such a loving creature, especially knowing the trauma Ndakasi suffered at a very young age,” Andre said in a statement. “It was Ndakasi’s sweet nature and intelligence that helped me to understand the connection between humans and Great Apes and why we should do everything in our power to protect them.”

“I am proud to have called Ndakasi my friend. I loved her like a child and her cheerful personality brought a smile to my face every time I interacted with her.”

The park also fondly remembered the selfie that made her famous, saying that it helped spread a positive message about the gorillas and their carers.

“Their playful nature was a reminder to the world of how much we see ourselves in these animals and it’s one of the reasons Andre Bauma will miss her so dearly,” Virunga wrote. 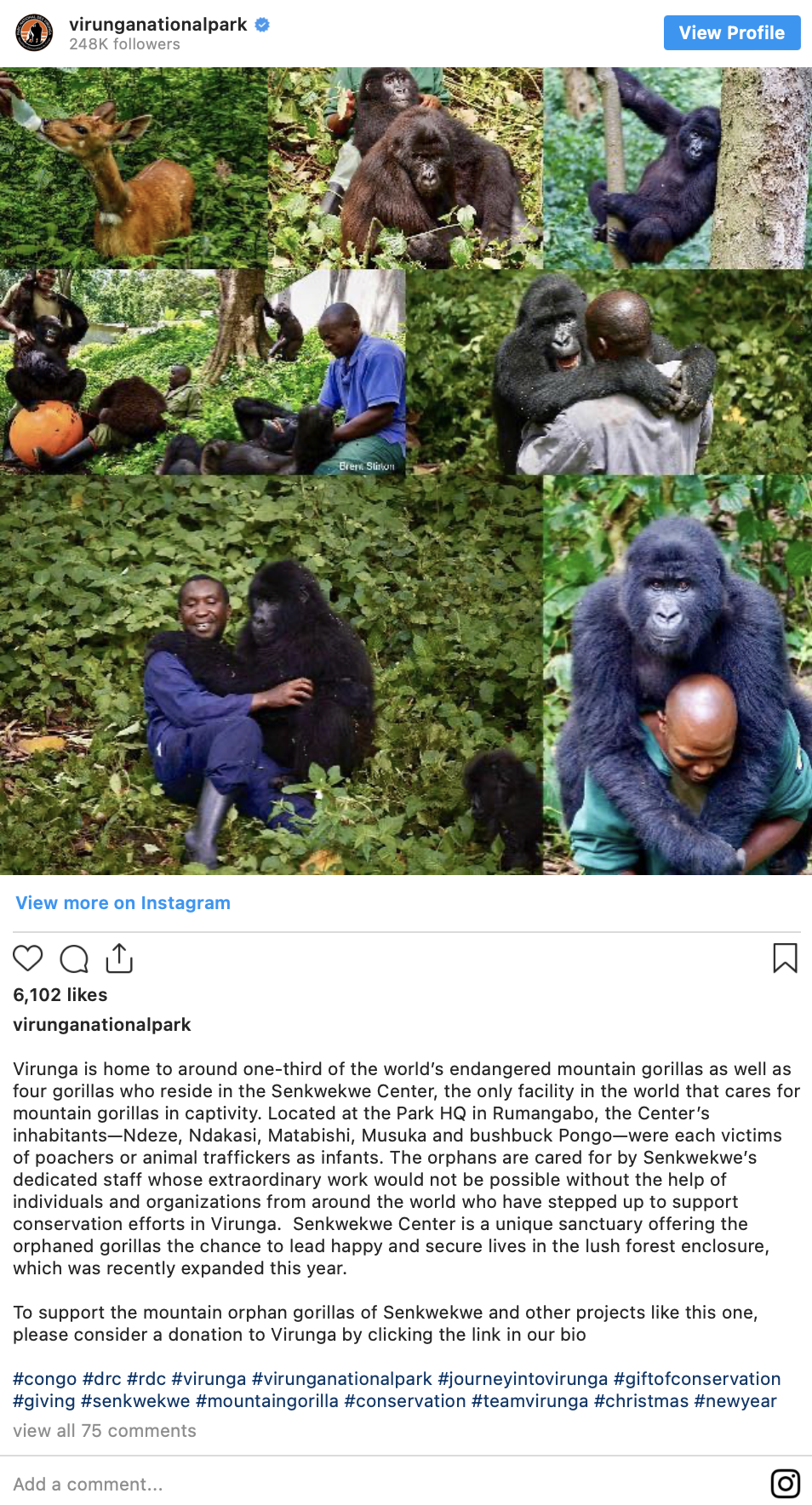 Rest in peace, Ndakasi. Two beautiful photos show how close and loving the bond between orphaned animals and their human caretakers can be. We know she will be dearly missed by everyone who knew and loved her.