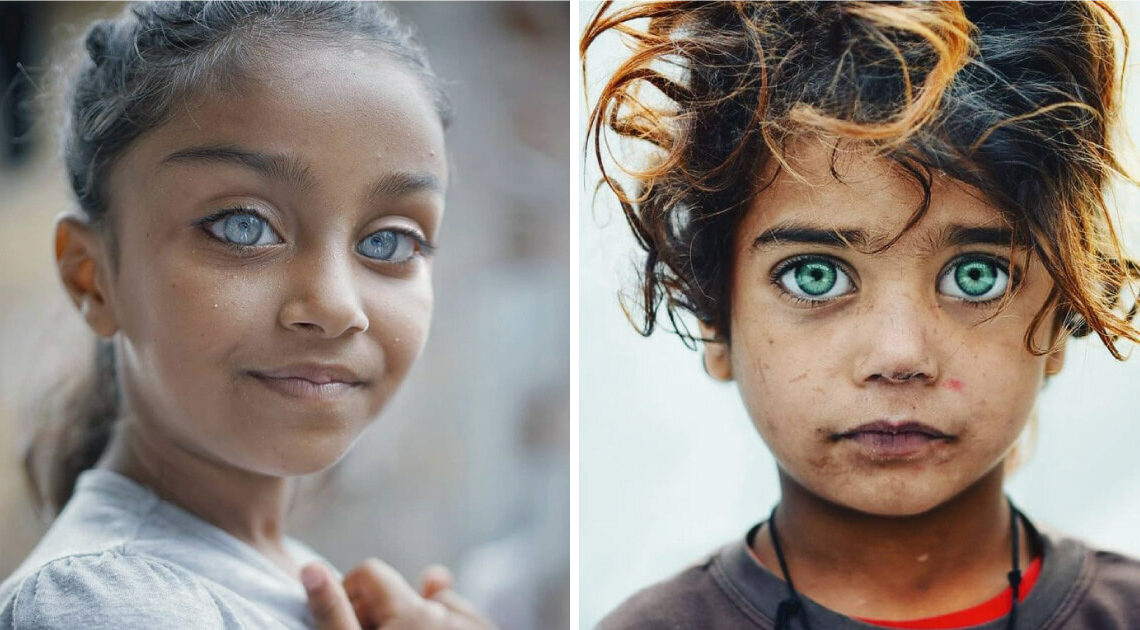 A photographer named Abdullah Aydemir, who lives in Istanbul, believes that children’s eyes can be a reflection of the universe. He is dedicated to photographing really hypnotic glances of children that he sees on the streets. In their beautiful portraits you can see the immense beauty of these children through their eyes.

In this article we will show you what we think are the 20 most spectacular photos of Abdullah. This does not mean that it has good or bad images, but that they are the ones that have caught our attention the most. In addition, we will leave you some interesting facts about the eyes of each photograph.

1. Explained in a simple way, it is estimated that eyes were developed by animals more than 500 million years ago 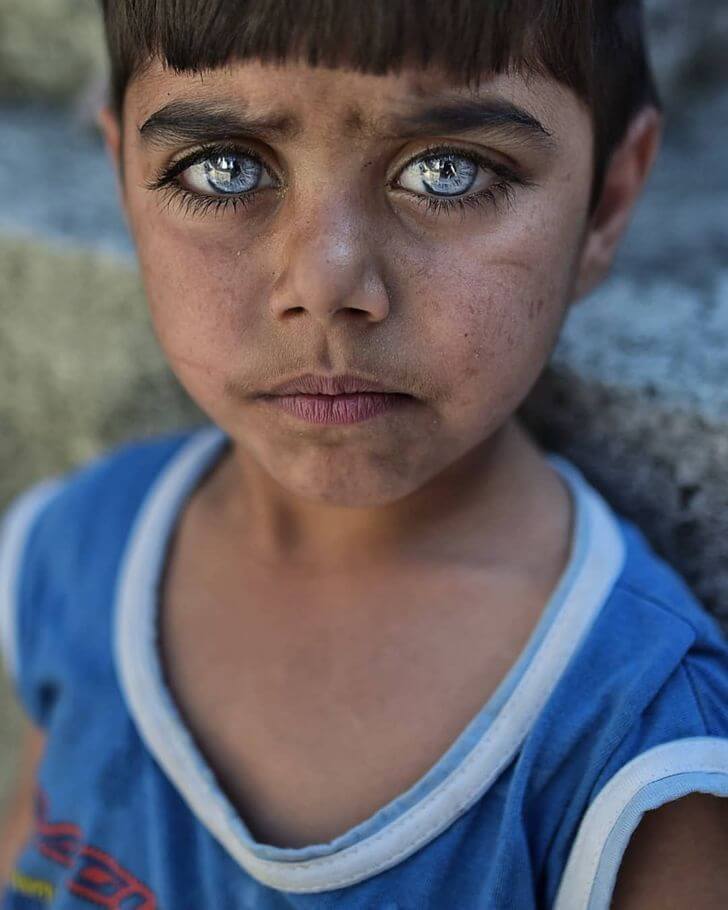 2. What you see, you do with your brain, not with your eyes. The eyes work like a camera, capturing the light and sending the data to the brain 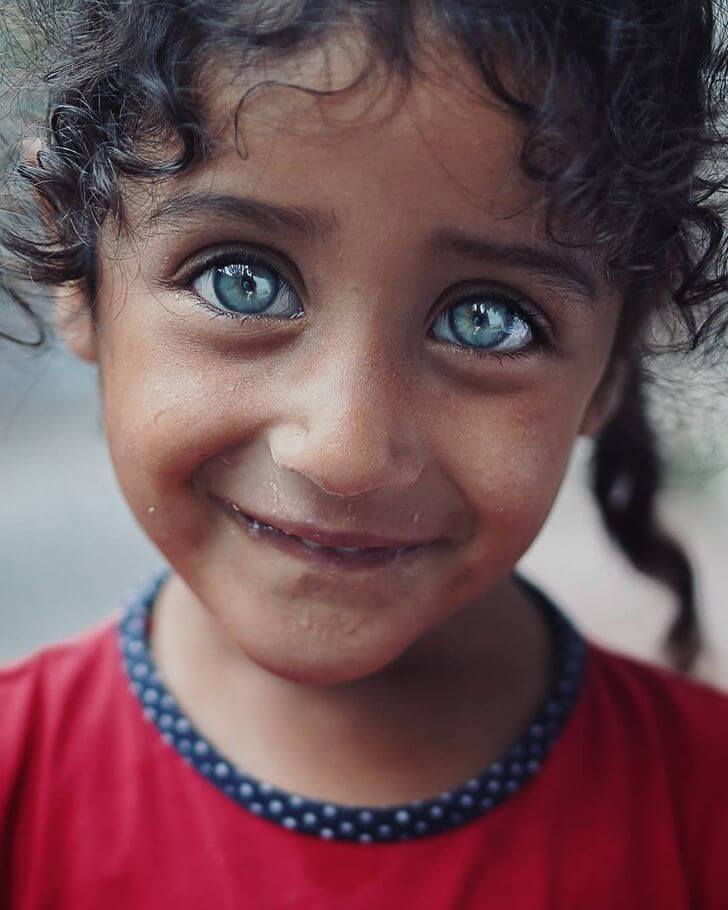 3. The things you see, you actually see them backwards. It is your brain that turns the image and makes it see correctly 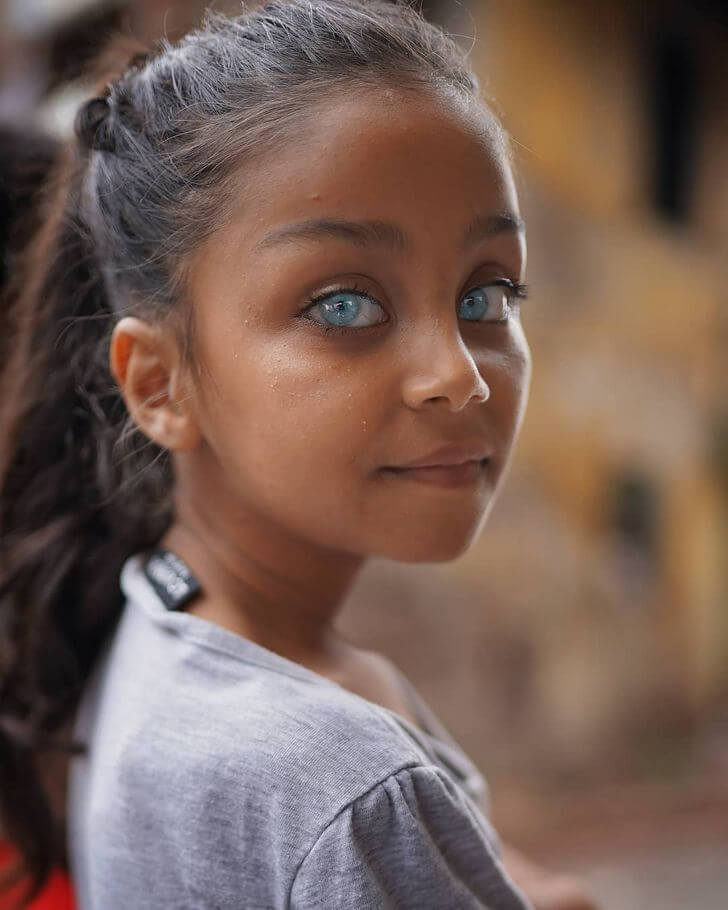 4. In one second, it is only possible to blink 5 times 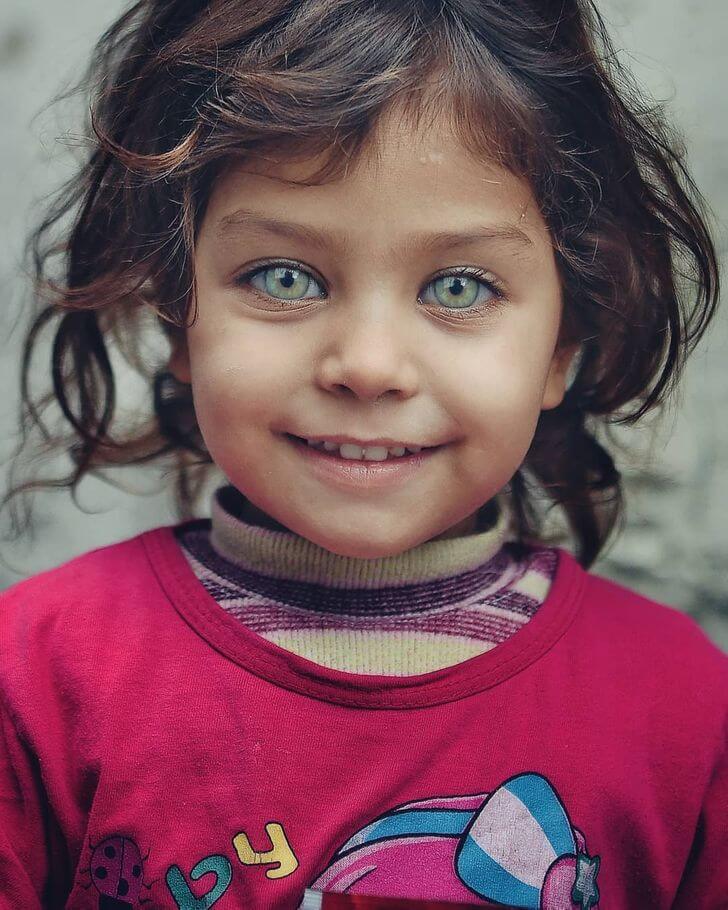 5. When you speak it is very possible that you blink more frequently than if you are silent 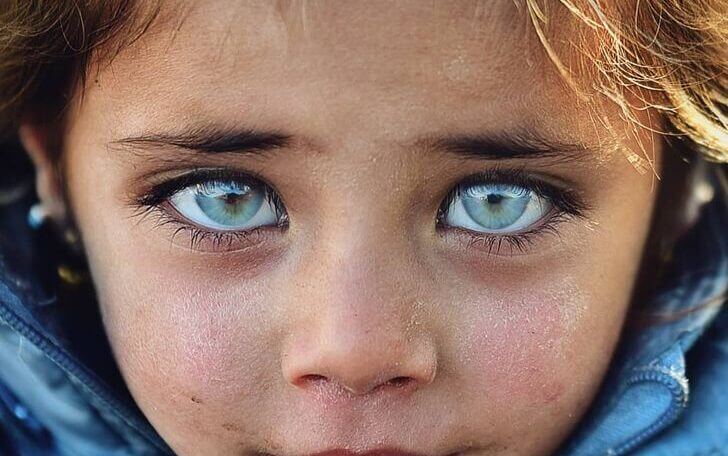 6. The eye is the fastest muscle in the human body. Therefore, when something happens very quickly we usually say “in the blink of an eye” 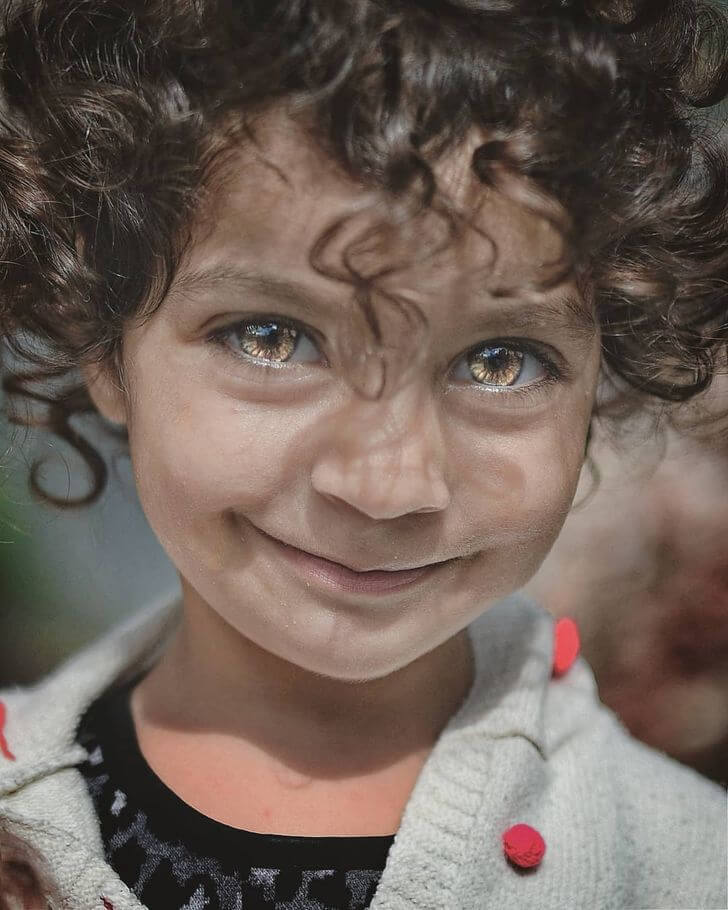 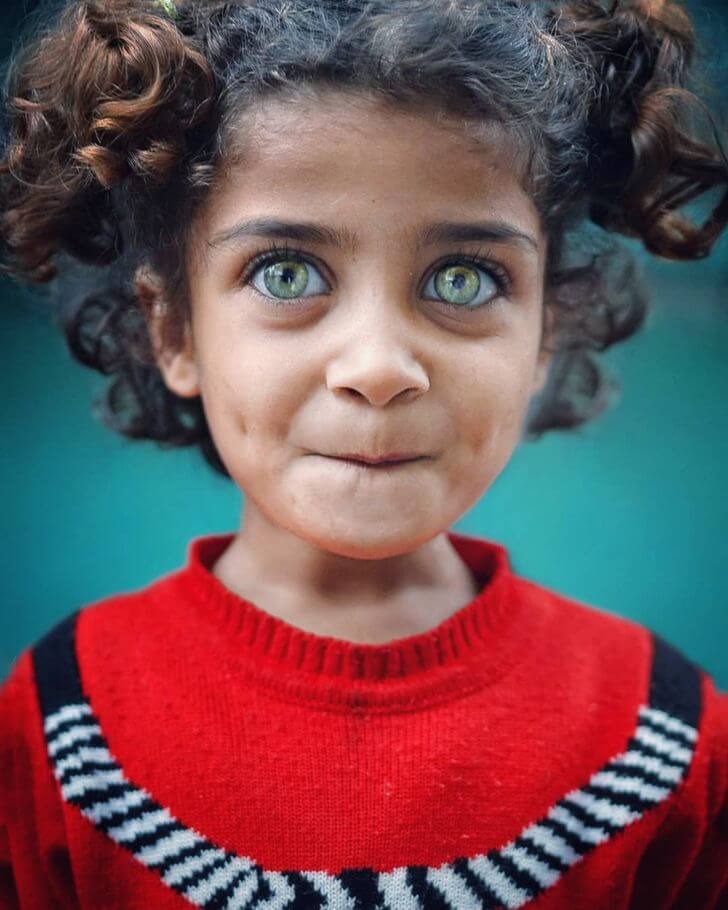 8. The human eye is 100% functional, without the need for rest 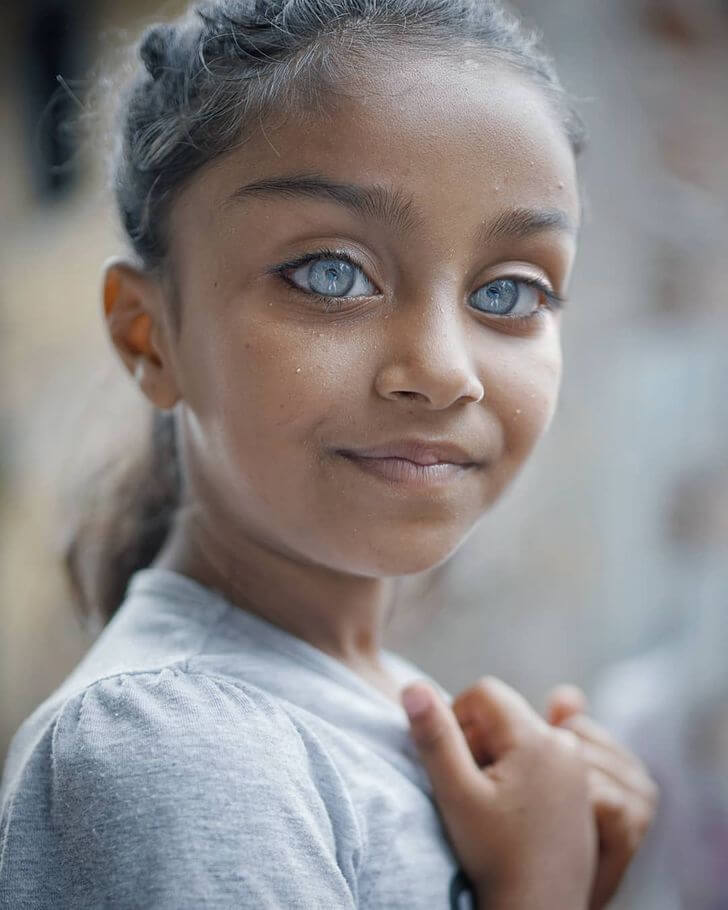 9. If you have ever wondered why red eyes appear in photographs, now you will know why. This is because the lighting from the flash bounces off the capillaries of the eye. 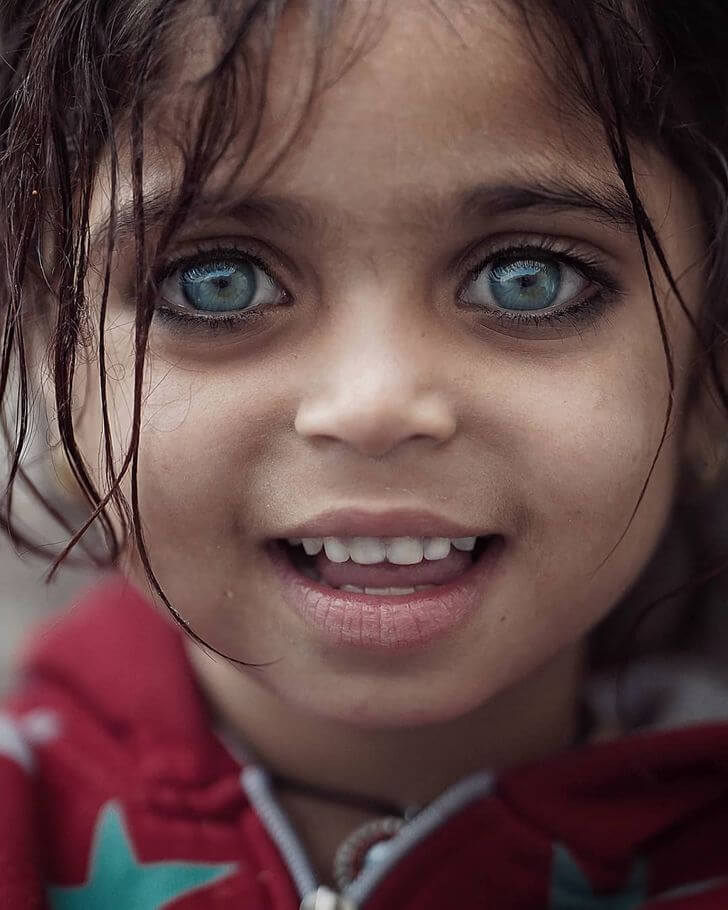 10. If human eyes were a camera, it would have 576 megapixels 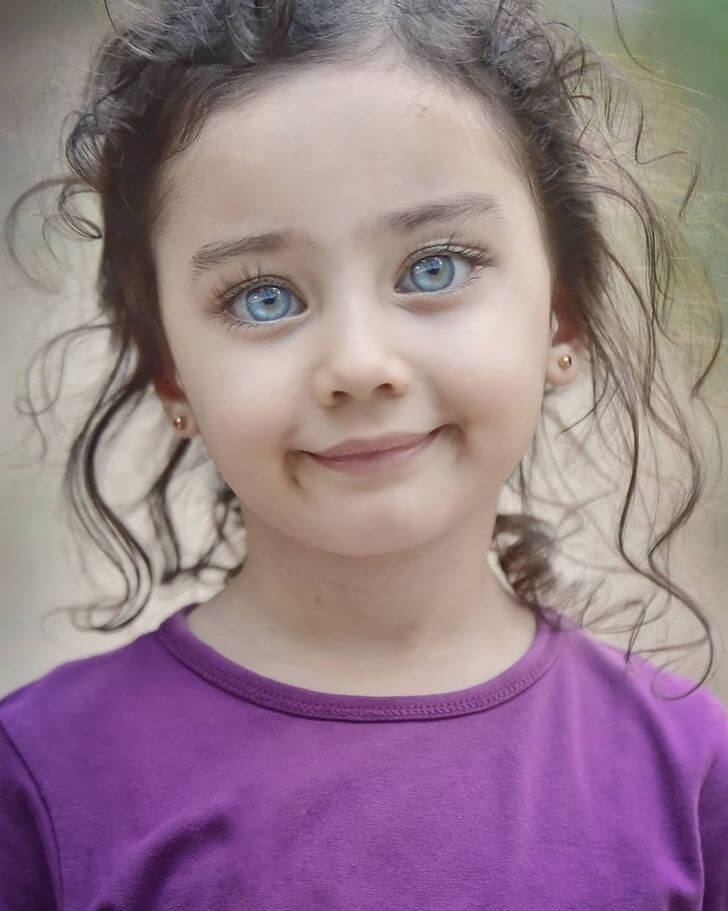 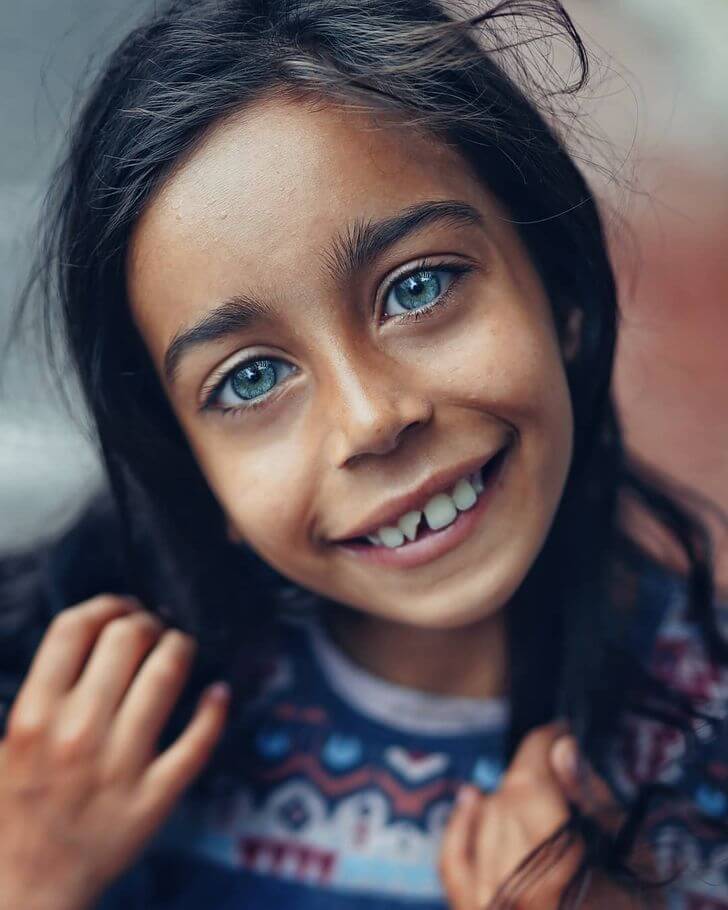 12. We have two eyeballs. With them it is possible to perceive the depth of things. For example, comparing two images and determining how far away an object is from us 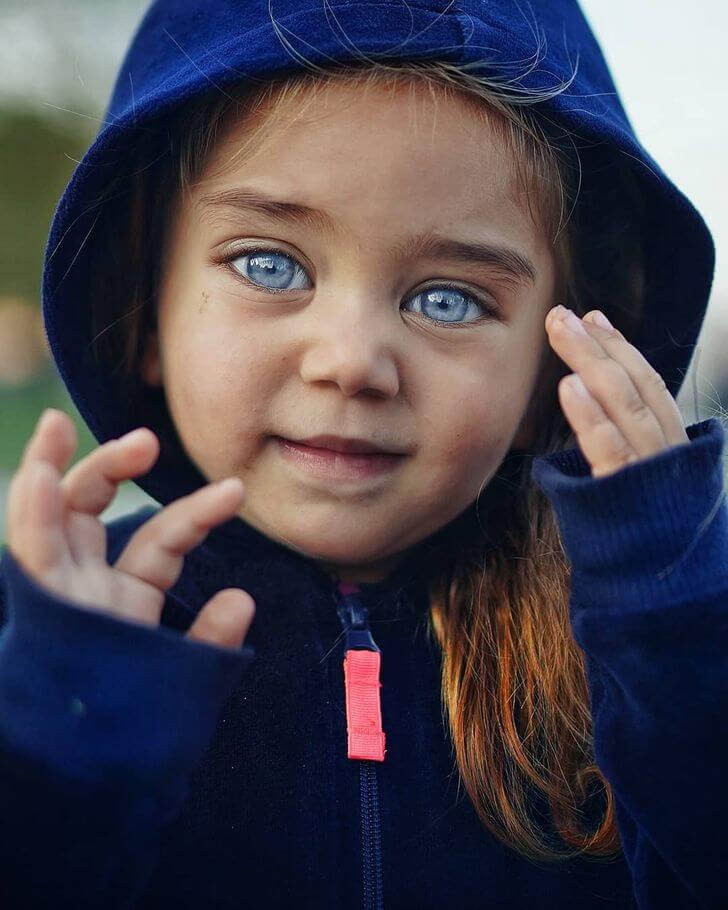 13. The eyes heal very quickly. With proper care, a minor scratch on the cornea can heal in just 48 hours 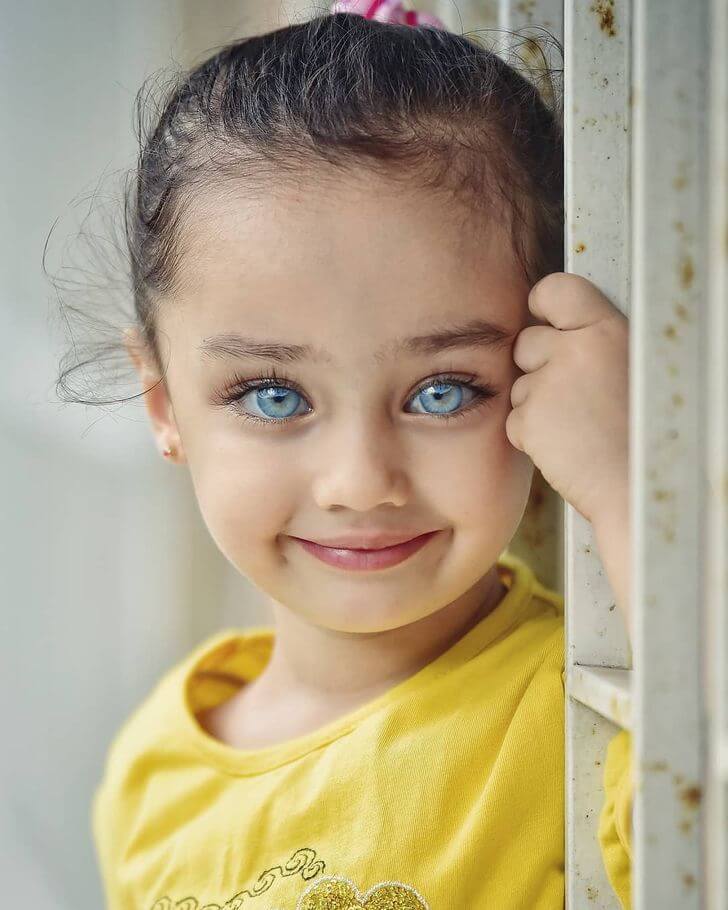 14. The most common eye color on the planet is brown. So when you see a person with different colored eyes, you can consider it a lottery in their genetics 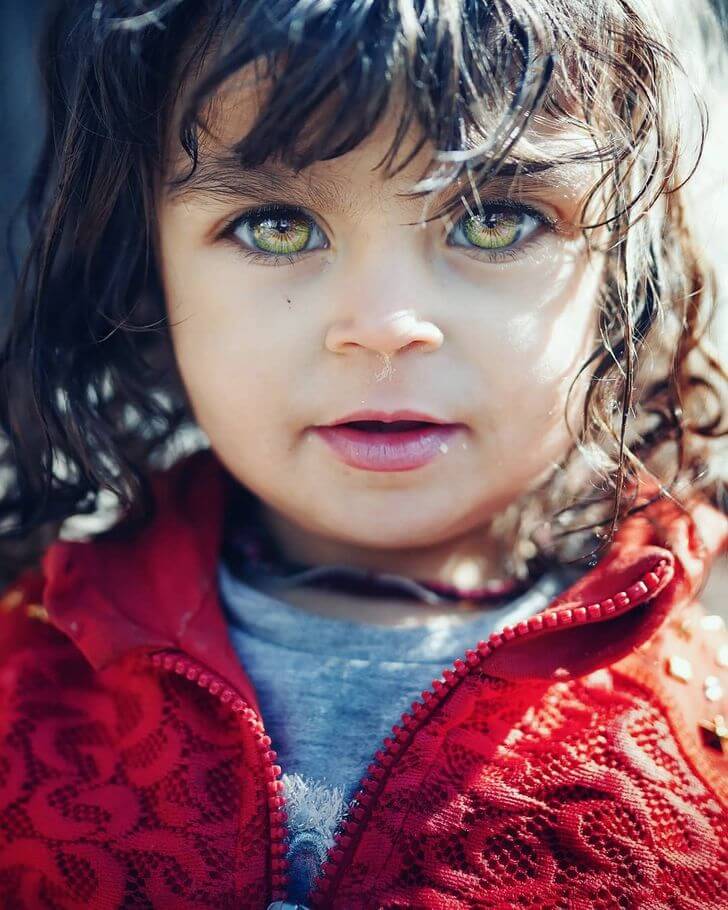 15. They say that the first human with blue eyes lived 6,000 and 10,000 years ago. The human that we know began its development more than a million years ago 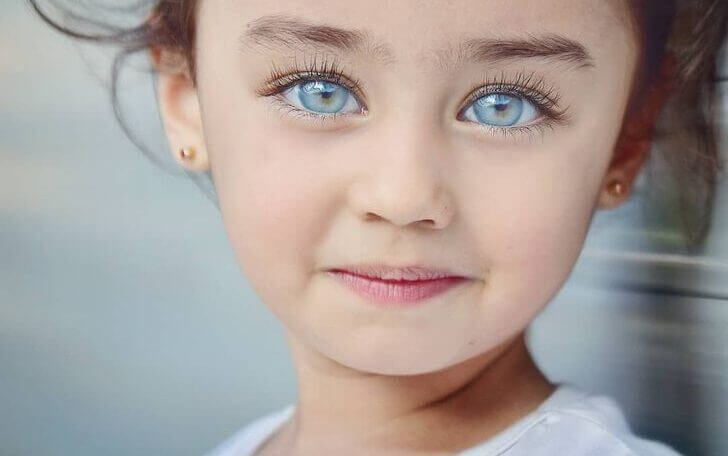 16. If no one in your family in recent generations has had green or blue eyes, there is still a chance that new generations will have them 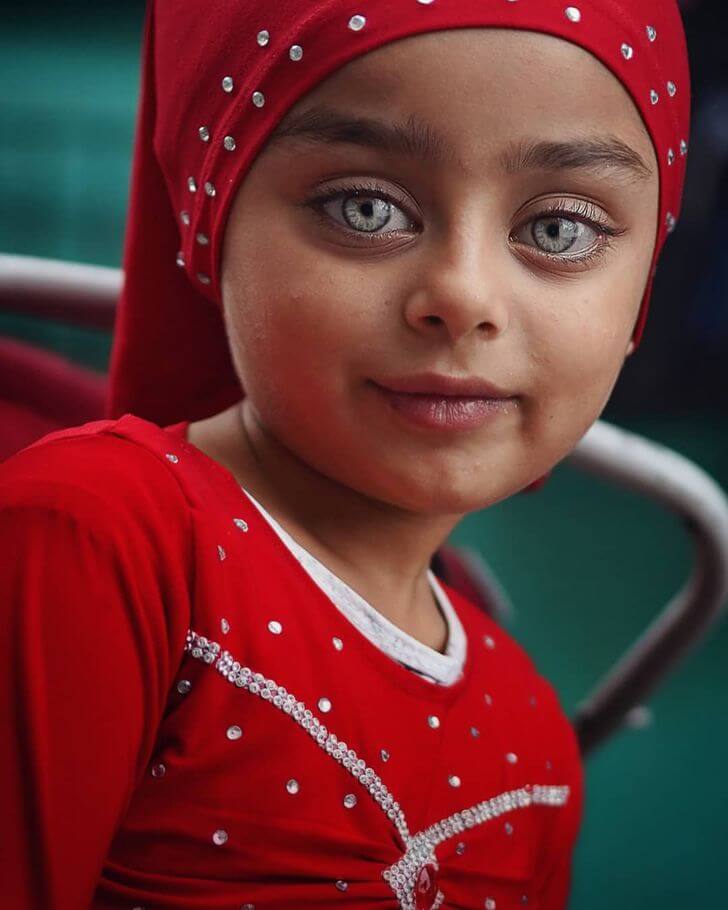 17. People around the world with blue eyes are said to share an ancestor. He is likely a great-great-great-grandfather from thousands of years ago. 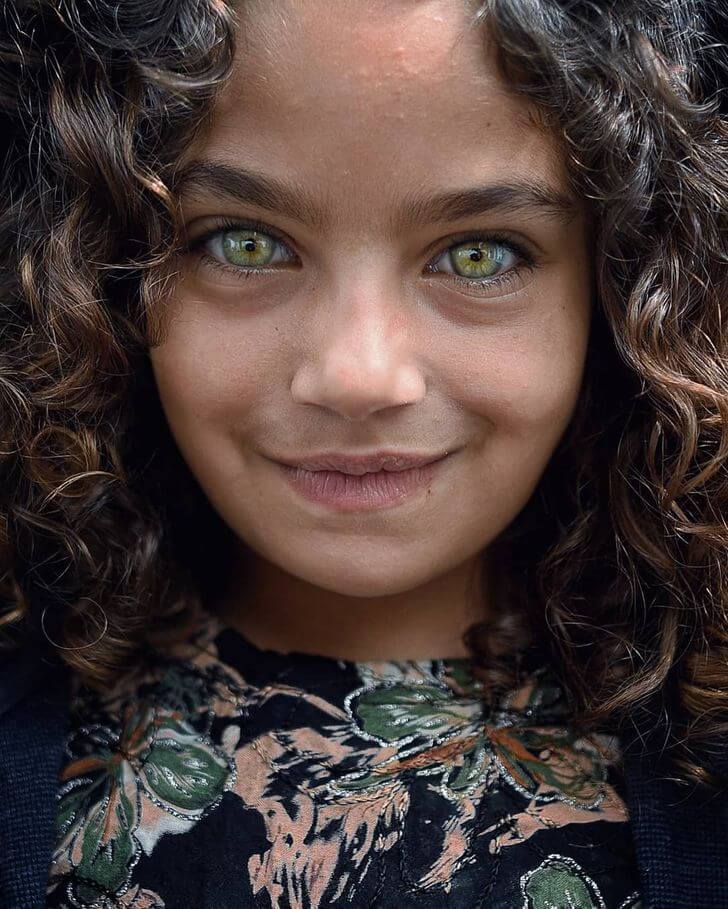 18. During an eye test, health problems such as diabetes and high blood pressure can be seen 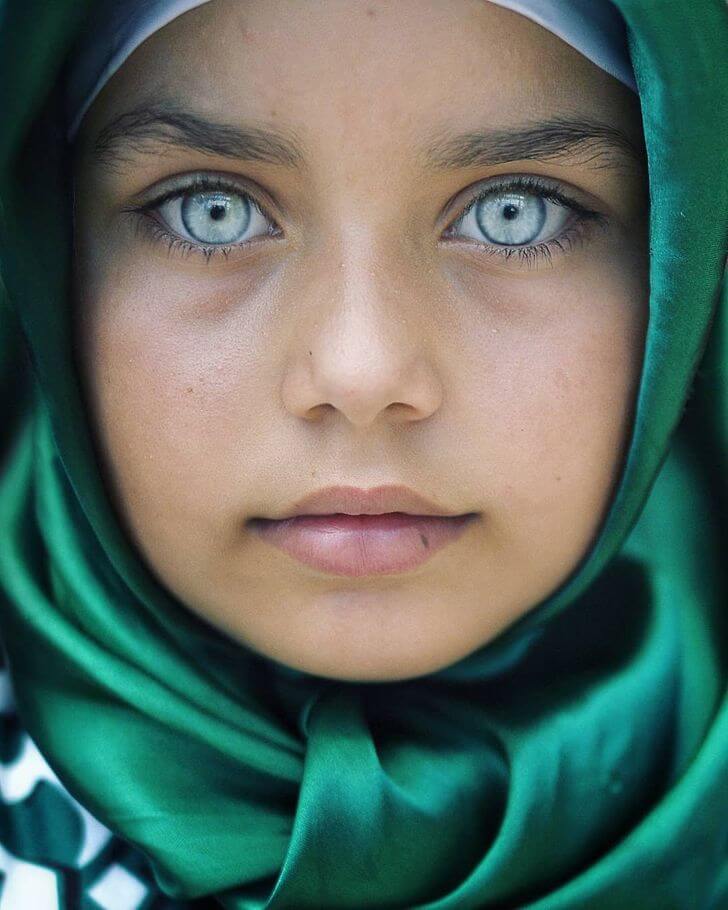 19. If the conditions are favorable and the lighting is also favorable, humans can see the light of a candle more than 20 kilometers away 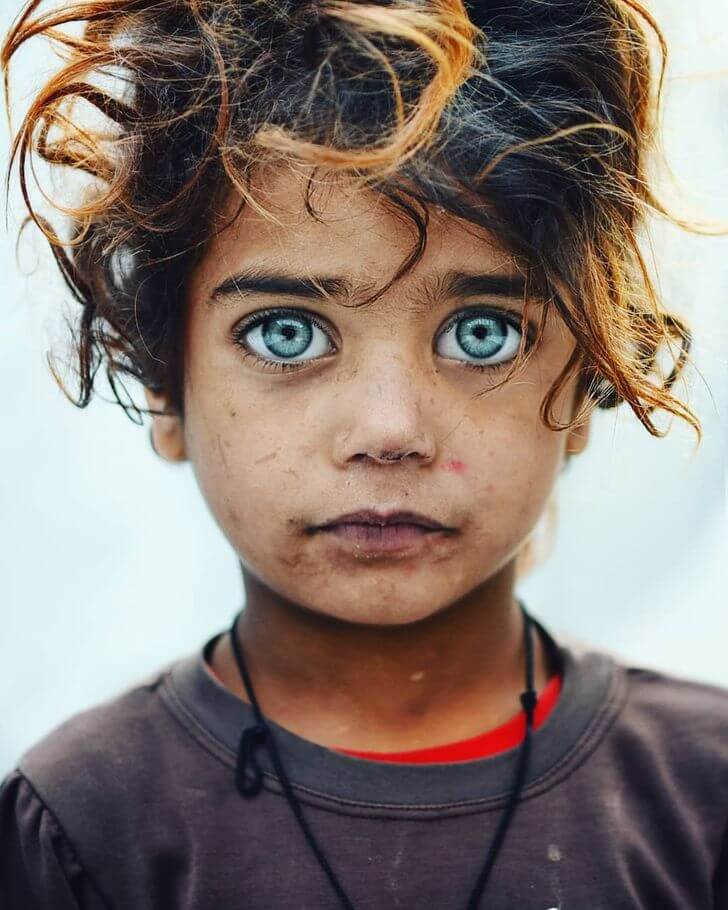 20. Contact lenses cannot be lost behind your eye due to the structure of your eyeball. 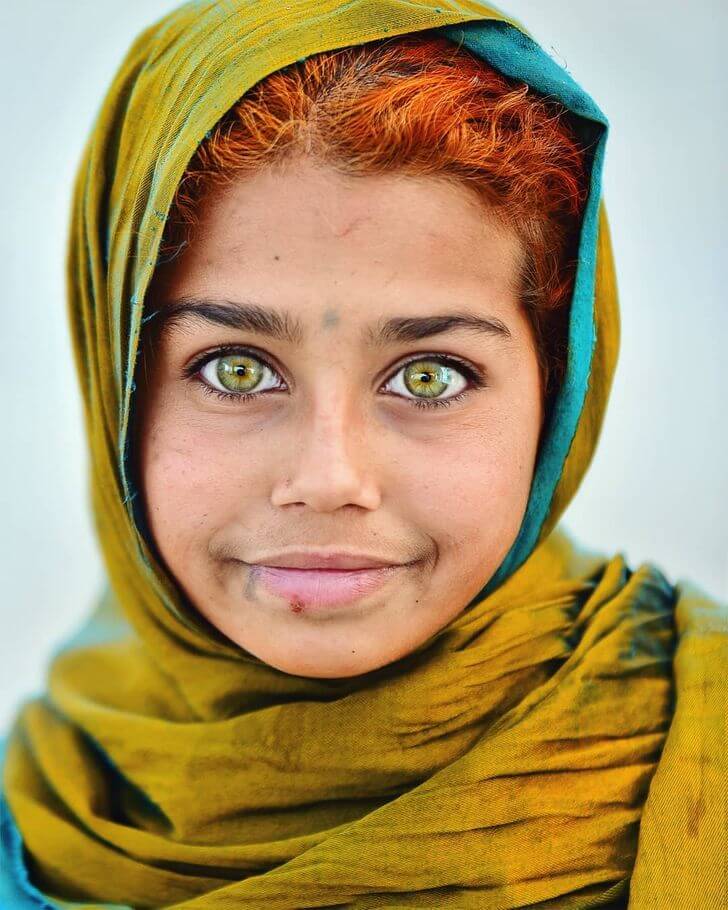 Did you know any of these data? What is the photograph that most caught your attention? Leave your answer in the comments and share this gallery with your friends and family. You can also see more images of Abdullah Aydemir on his Instagram account.