Photographer Discovers Two Bees Sleeping In A Flower. The Photo Is Touchingly Sweet 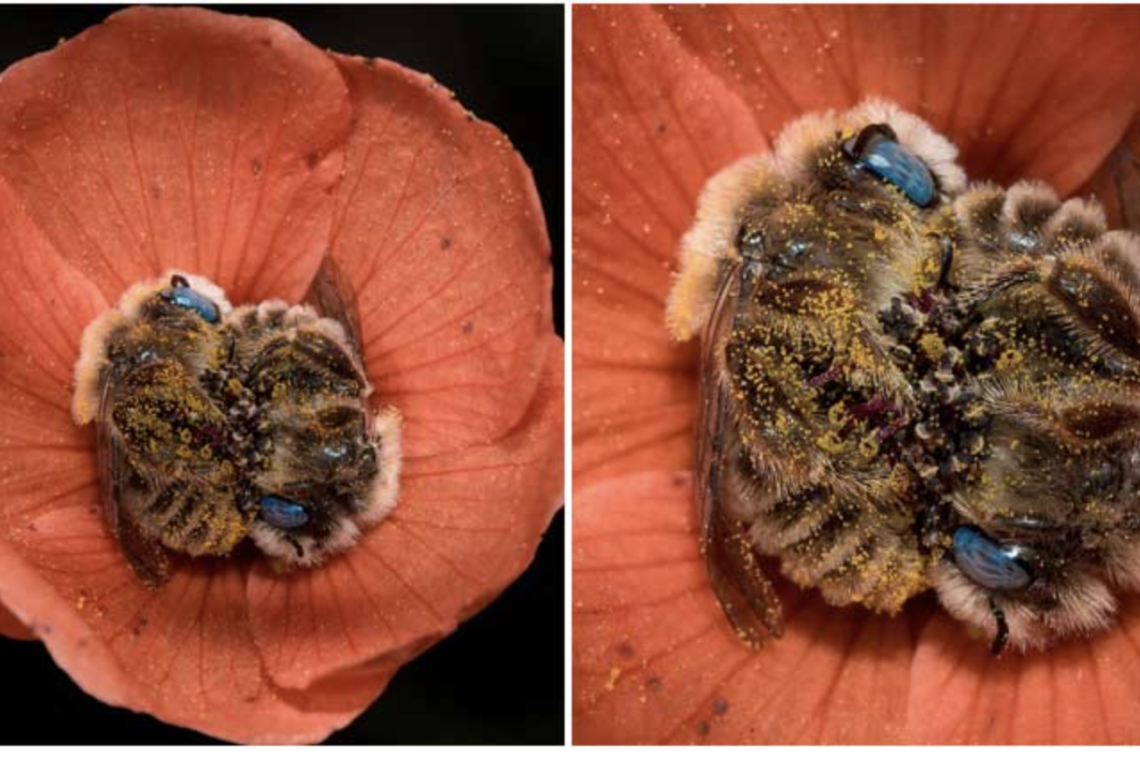 In the common imagination, bees are creatures particularly dedicated to work. in the spring, we see them busy collecting pollen from one flower to another and then bringing it to the hive. These insects, too, have to rest somehow so that they can perform their difficult tasks with dedication.

Joe Neely ,  in addition to being an excellent photographer, is one of those who had the chance to observe bees in one of their moments of pause: he found two in a flower, exhausted by their work. The golden opportunity to take the perfect photo.

Joe recounts that he was taking his girlfriend for a walk that day to take pictures of Arizona’s flowering meadows. The girl had stopped to observe in particular an orange flower among many others of pink color: she then noticed that from the inside came a buzzing.

As she approached, she discovered two bees lying in the flower without moving. she called Joe to show him this strange behavior. Another bee approached them and, with uncoordinated movements, found an empty flower and lay down inside.

“I didn’t know the bees were sleeping in the flowers,” says Joe. In fact, it is a peculiarity of a species of bees, the diadasia diminuta . Their favorite bed – as well as the flower from which to get the best pollen from – is the  Sphaeralcea ambigua an orange flower, belonging to the same family as the mallow.

Bees do not have eyelids, but when they sleep, this is understood by the fact that the antennae are stationary and often lying on their side. Sleep patterns are very different depending on the type of bee – there are at least 20,000 known species on Earth! Most of them sleep in the nests, only a few seconds: the older ones sleep longer than the younger ones, for which a maximum of one and a half hours is sufficient, divided into intervals of 15-30 seconds. 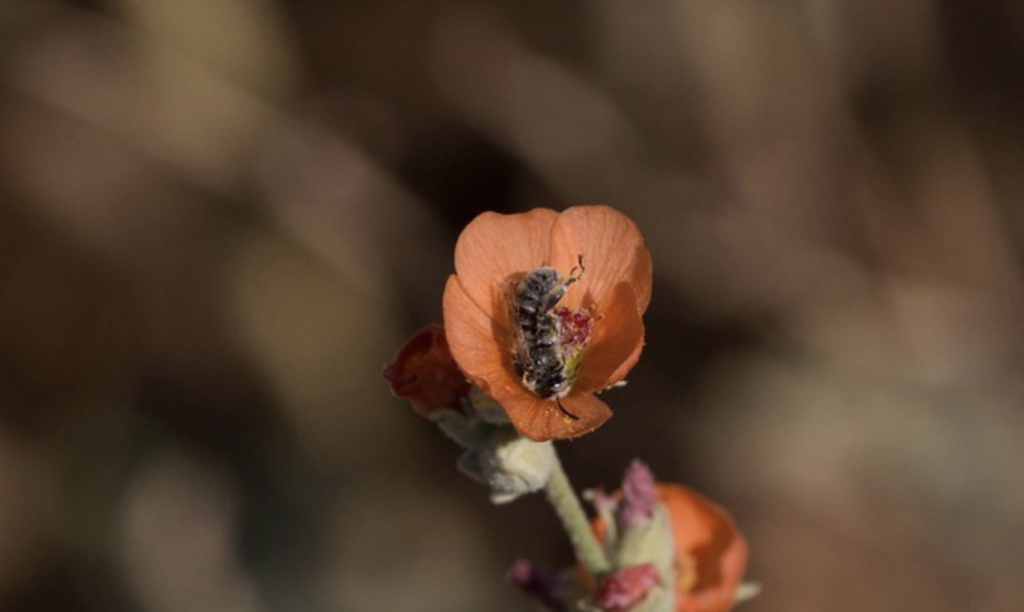 Many people have wondered how Joe managed to take the picture without waking the bees: “Like I do with any other animal, from a rattlesnake to a bison”. Apparently, the secret is to stay at a safe distance and take advantage of the powerful technological means of photography, which make it possible to count on excellent zooms.