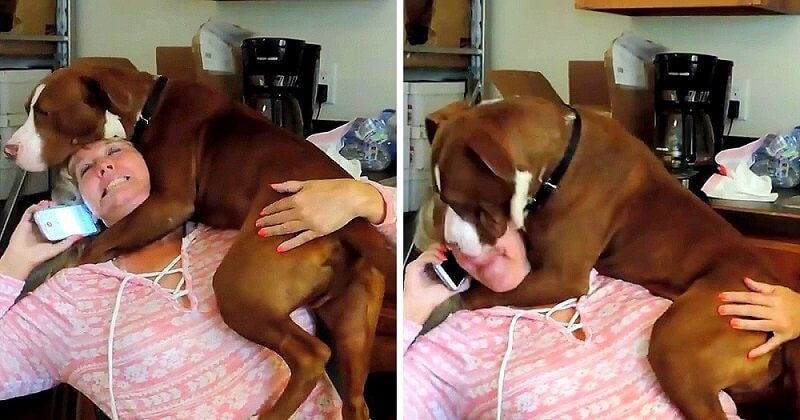 When the workers at “Dogs Deserve Better”, a rescue based in Virginia, heard about Asher the Pit Bull, they were horrified beyond words. Asher’s owners kept him chained outside all his life, and the rope tightly bound around his neck had embedded into his skin. However, this story is not about his rescue, but something way more extraordinary. 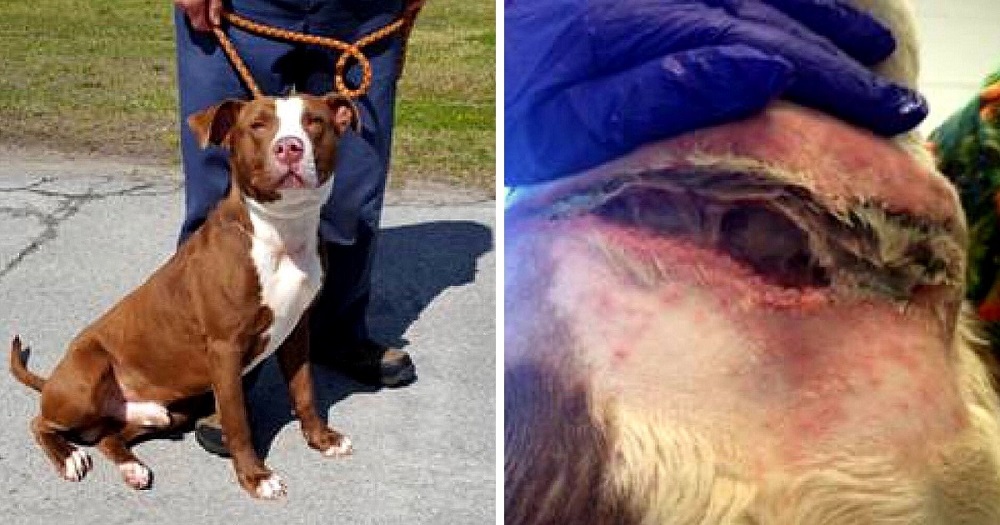 The workers who rescued Asher made sure that his owner was arrested for animal cruelty. After that, they focused their attention on rehabilitating Asher. Despite his battered state, the resilient dog didn’t let the past abuse compromise his mental state. He embraced his rescuers like family and stole everyone’s hearts with his extremely affectionate personality! 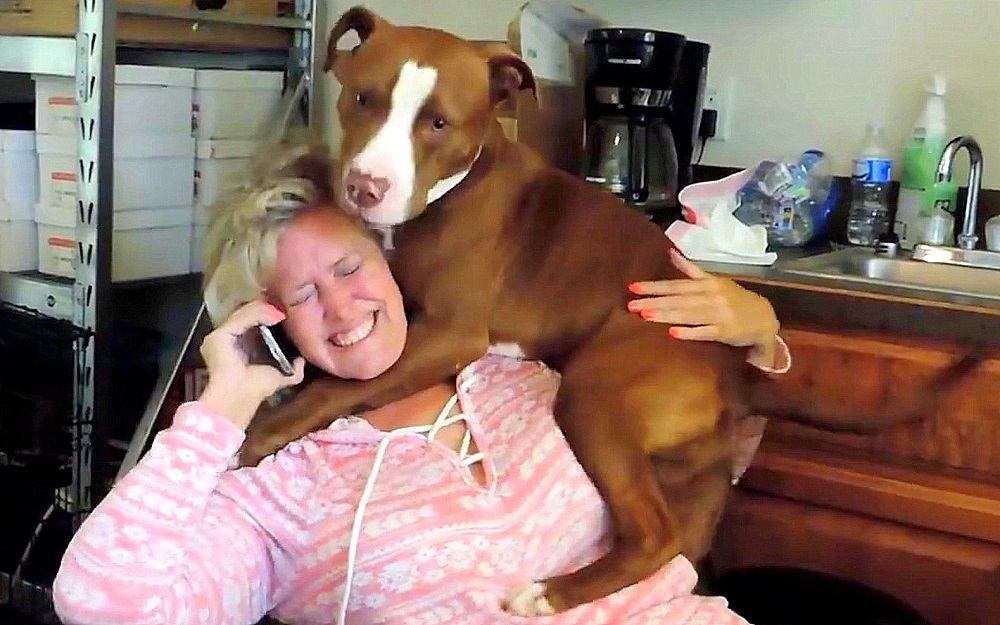 The video below was taken just a few days after Asher’s rescue, and it beautifully captures the overflowing gratitude he has for living chain-free. In this clip, we see Asher perched atop a rescue worker who is busy attending a conference call with the management. However, the silly pooch ensures she has zero composure during the call! 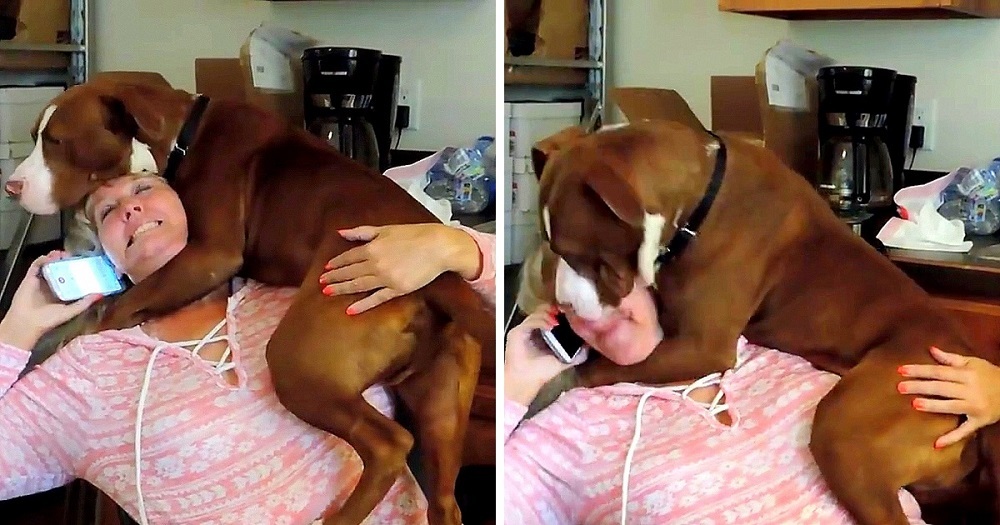 Asher literally climbs atop his savior as he showers her with non-stop hugs and kisses like a starry-eyed little kid! The woman can barely hold her phone from being on the receiving end of this love-soaked Pit Bull “attack”! Asher is living it up in his forever home now, and you can imagine what this doting babe puts his humans through every single day! We absolutely failed to keep a straight face throughout this precious video!

Click the video below to watch goofy Asher’s exploding love for his rescuer right during an all-important conference call!

Please ‘SHARE’ to pass on this story to a friend or family member!