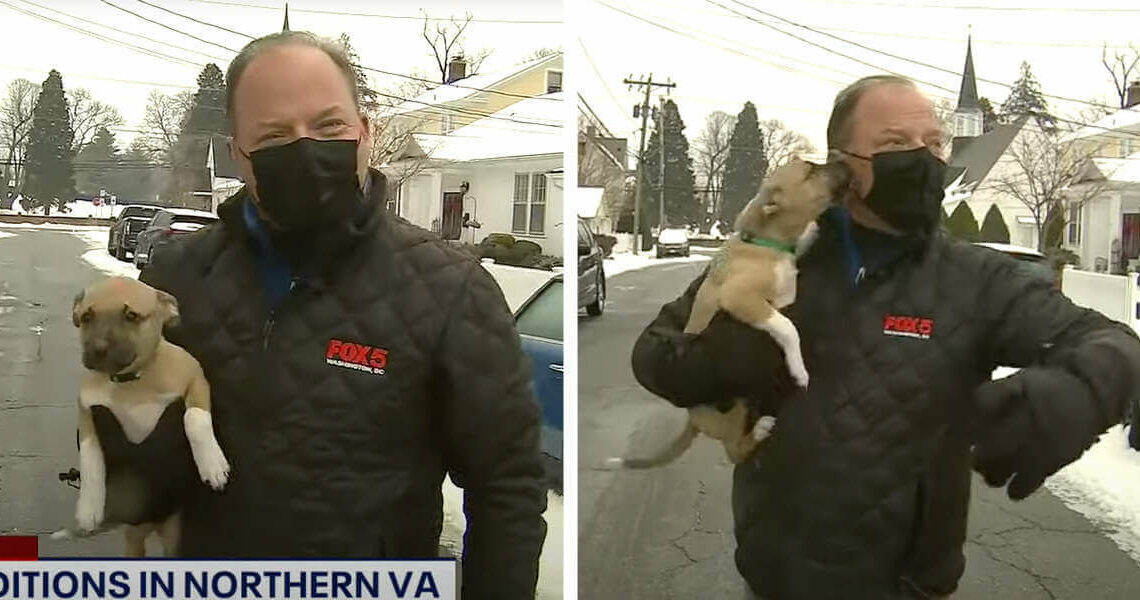 While reporting on weather conditions during an on-the-ground segment for Fox 5 Washington DC, reporter Bob Barnard suddenly found himself in the middle of some adorable breaking news.

It was the unexpected arrival of a very happy little puppy.

And she quickly stole the spotlight. 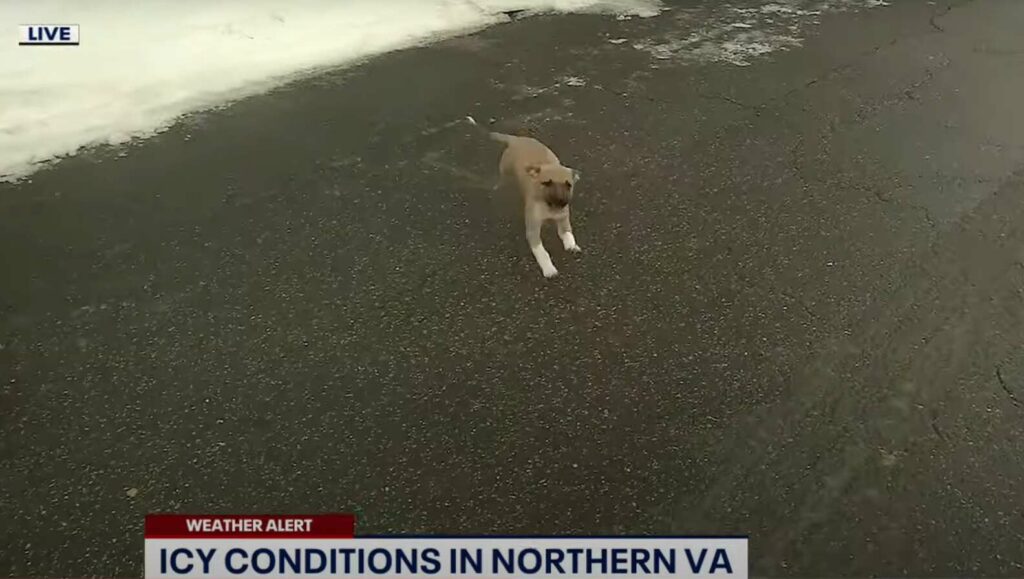 Barnard was a few minutes into the live segment when, seemingly out of nowhere, the puppy came running toward him. Appropriately, the intrepid reporter immediately stopped what he had been discussing, and turned his full attention to the cute little pup.

“Forget the people we talked to earlier,” Bernard said. “I want to get to know this dog.”

As you’ll see, the feeling was clearly mutual:

It didn’t take long for Bernard to figure out where the puppy had come from; her owner, living in the house Bernard was in front of, emerged to claim her pet. The puppy had apparently breached a gate — an ability that was evidently news to her owner.

The little dog was soon back where she belonged. Though, despite the snowy weather, that little interruption no doubt made everybody’s day a little brighter.