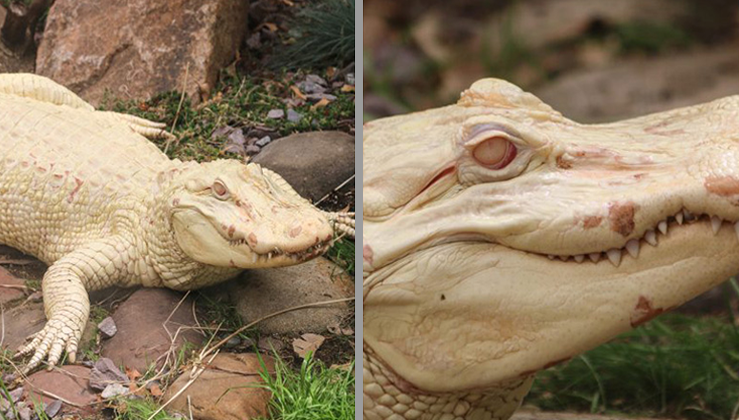 Most wild animals can handle their lives flawlessly on their own, but there are still many luckless critters who need a helping hand to survive because of some unwanted birth defects, for example the albino ones. Without a normal appearance like other members of their family, those special guys are always the most vulnerable beings in their natural habitats.

This albino American alligator is one of these exceptional creatures and thankfully, she was saved and taken good care of in a park in Florida. The magnificent girl was named Elsa after the famous queen in the Disney blockbuster “Frozen”, and that name suits her perfectly well since the Disney Elsa also has gorgeous white hair – just like the color of our stunning gator. 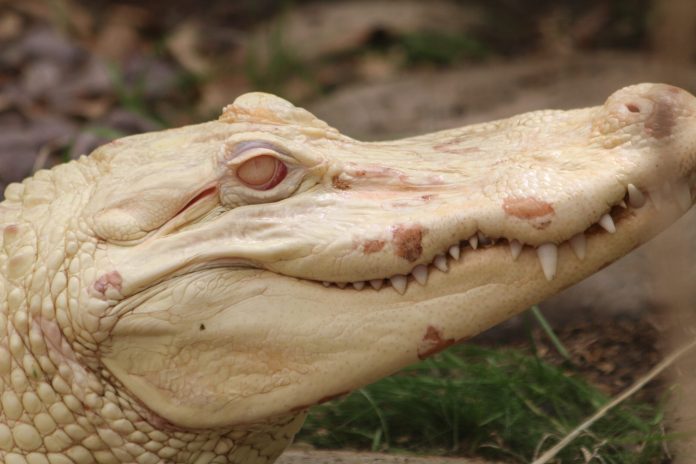 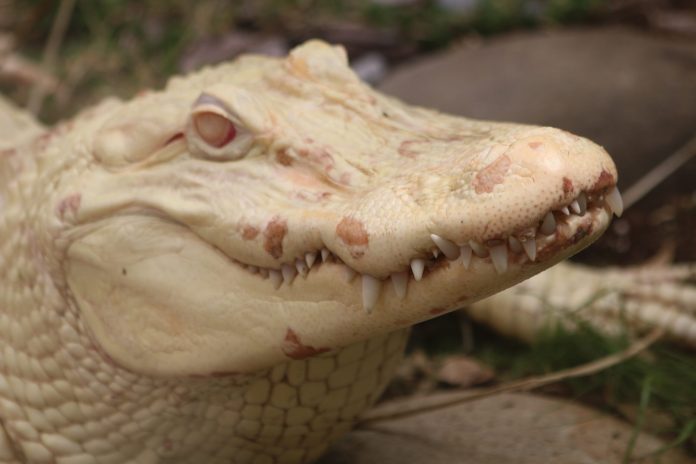 It’s no secret that albinism causes plenty of troubles for its victims. Alligators have relied on stealth and camouflage to survive for more than 150 million years, but unfortunately, Elsa has poor eyesight and lacks melanin (a pigment that normally provides color to animals and people) due to her rare condition so she’s unable to camouflage in the swampy surroundings like her relatives. Since she stands out too much, she is also more likely to be preyed upon. Not to mention albino animals like her are at higher risks of sunburn too. 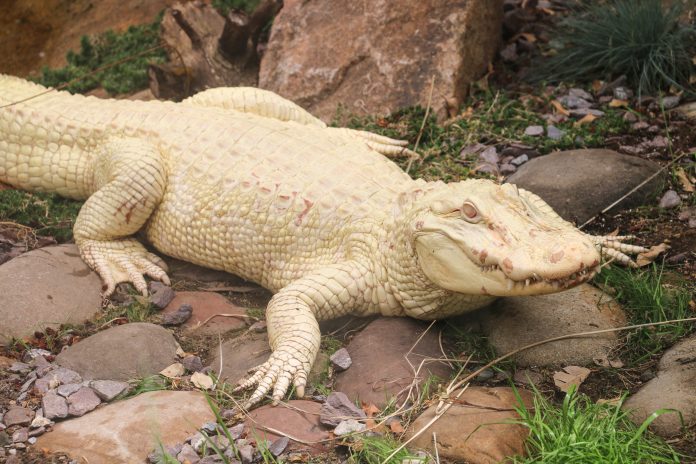 “If she were in the wild, she wouldn’t make it,” says Roger Williams Park Zoo’s spokeswoman Corrie Ignagni. “When they are born, they are only a few inches, so a larger alligator would probably prey on her.” To ensure their VIP guest’s safety, the zookeepers have created a covered enclosure just for her in their newest temporary exhibit, “Shades of Nature”, which is located in a renovated greenhouse. 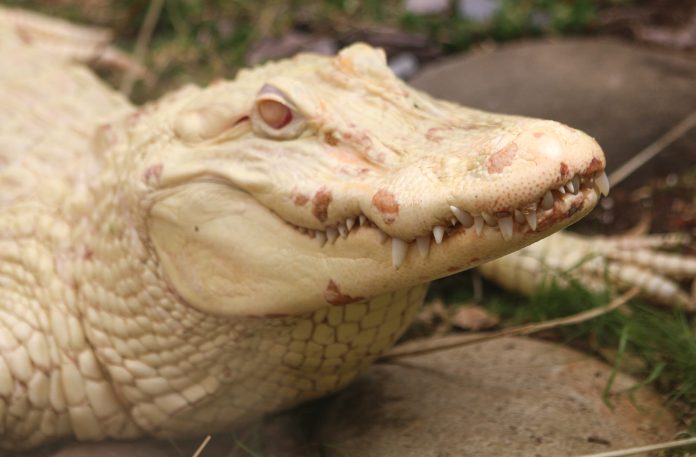 Elsa seems to really enjoy her short stay there. The lively girl likes swimming around and climbing over the rocks whenever she’s not taking a nap – which is actually her favorite activity. The charming white alligator will be heading back to Florida for the fall, so make sure you visit Roger Williams Park Zoo and catch a glimpse of this wonderful girl as soon as possible. H/T: The Koala Bears