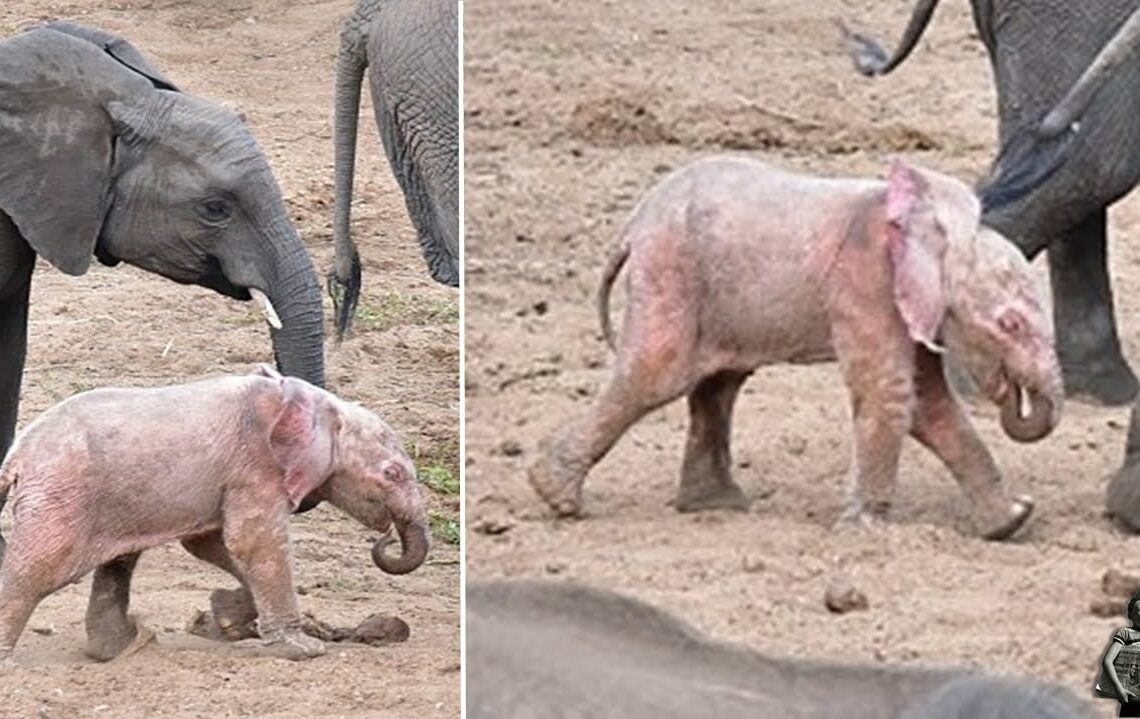 An extremely rare albino elephant was born in Kruger National Park in South Africa. The unusual creature was spotted by a ranger near the Shingwedsi River. A lot of elephants came here to drink water and to take baths. The pink elephant was really easy to spot because of its skin what stands in contrast with the African elephants grey skin.

The little one was first spotted by Nicki Coertze. The 58-year-old man said he is a regular visitor of this place since he was just a little boy. However, he declared he’ve never seen anything like this. Therefore, when he first spotted the rare animal, he took as many photos as he could. After all, you have to capture on camera this once-in-a lifetime sighting. 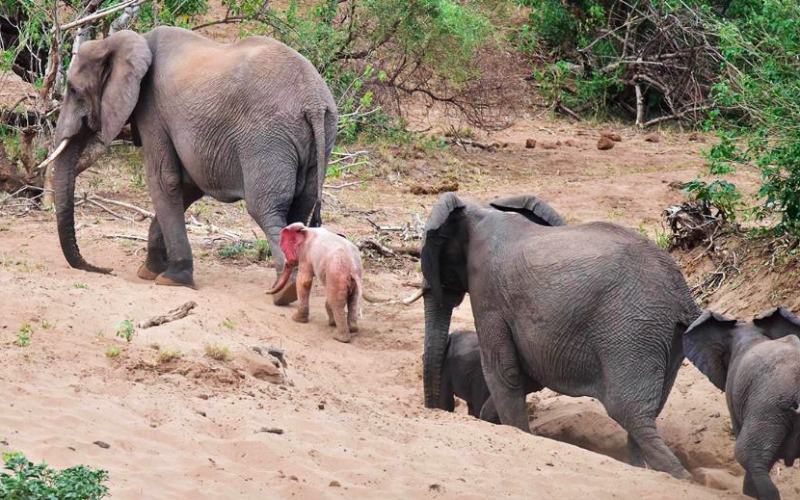 According to wildlife experts, a lack of skin pigmentation is what causes the albinism. But despite its breath-taking effect, this condition could cause eyesight. And sometimes even blindness.

Because of their unusual looking, albino animals are often rejected by their herds. Fortunately it is not the case here as this little pink fella seems to be more than accepted by his family!

You can watch the video here.