Lenny is a puppy who needed someone to take pity on him to have the opportunity to regain joy and feel loved.

There are many animal rescue stories that steal our hearts. Every time one of these beings manages to be rescued from their street situation, it is like a breath of fresh air. Like the story of Lenny, a puppy who was found in a very bad state by a woman who loves pets . 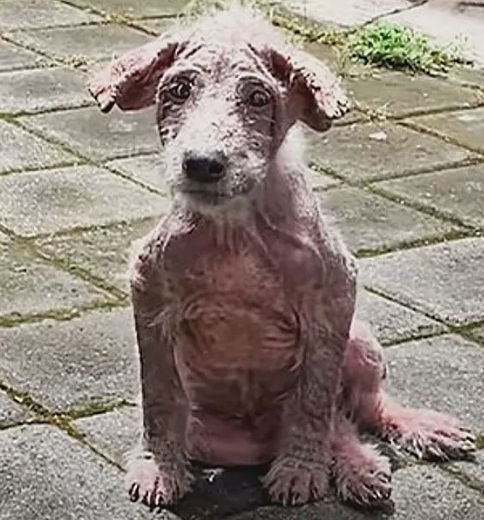 The truth is that, by the time he was found by the worker at the Bali Paws hostel , located on the island of Bali, Lenny did not seem to have too much hope, he was in very bad shape.

However, thanks to the good deed of the woman who found him, the life of this adorable little dog took a 180 degree turn and changed forever. 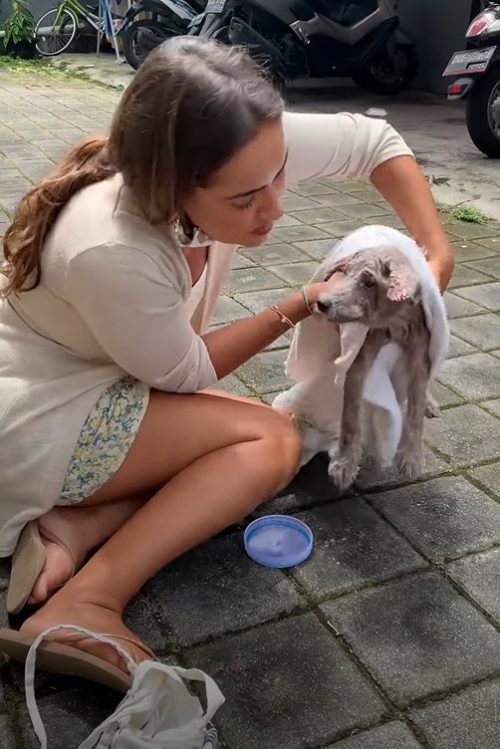 Today, Lenny is a completely transformed, rejuvenated and very docile little dog , despite the many traumatic experiences he had to deal with, alone on the streets.

A totally renewed puppy, it seemed another. 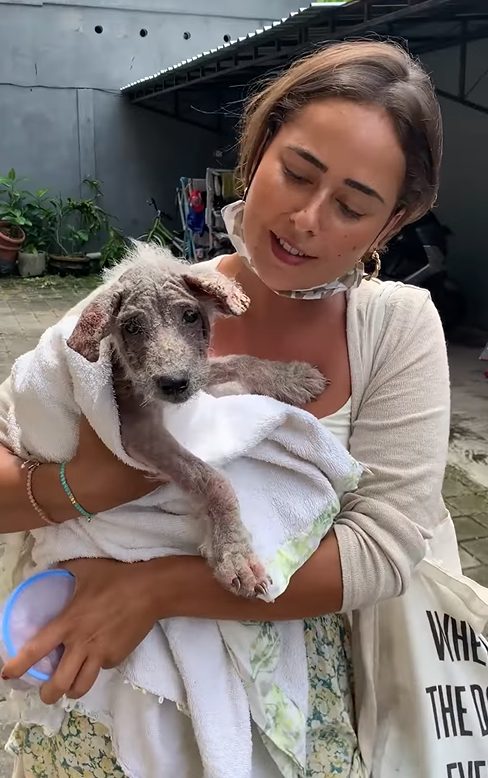 As is known, within the territory surrounding the island of Bali there is a large population of dogs left to their fate on the streets and on the roads.

That is when the people of the Bali Paws organization enter the scene and do everything possible to get them to safety . 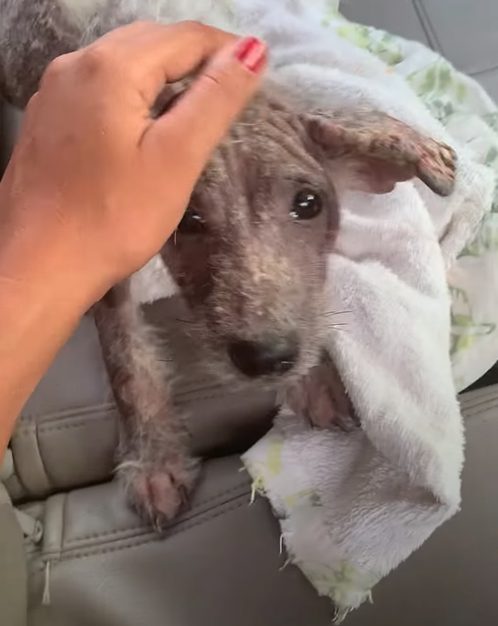 The truth is that Lenny looked very bad. He had many wounds and desperately needed someone to take pity on him and love him .

In fact, if it weren’t for the quick action and kindness of the woman and other volunteers who intervened in his rescue, the fragile puppy would not have made it. 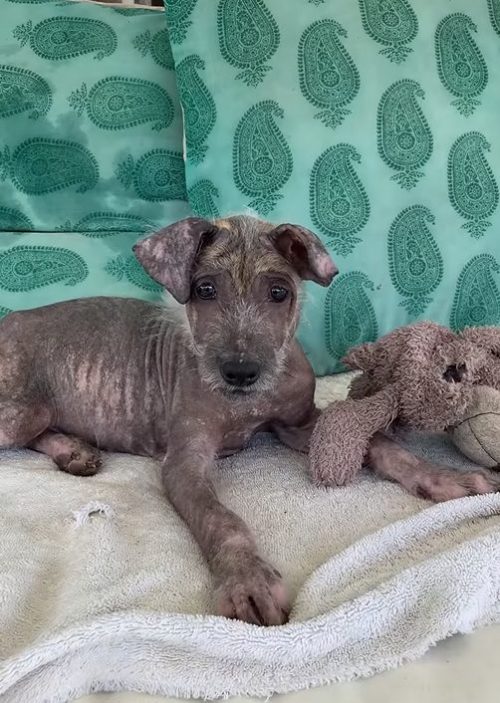 The rescuer and member of Bali Paws spent several months monitoring and lovingly nursing the pup back to good health.

Although it took some time, with patience and a lot of love, Lenny began to shine, trust and show his most playful side. Thus he was born to a new life. 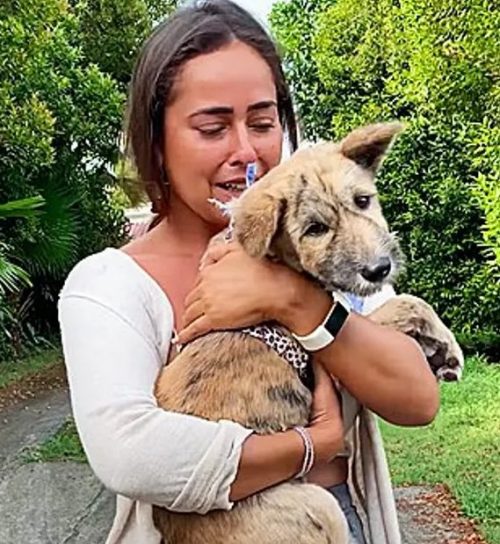 “I found that Lenny loves carrots more than anything else, though he does try anything chewy that he can get between his paws. Carrots, amazing! He just loves them,” the volunteer noted. 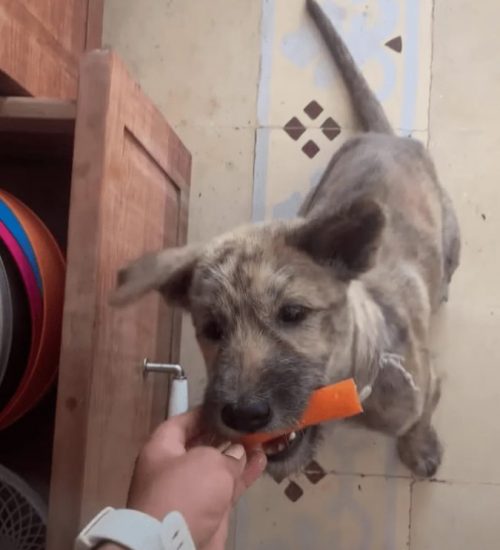 However, the bad news for both of them was that despite the deep bond she had formed with the dog, the lady protector had already done countless puppy rescues, and she was unable to house them all. 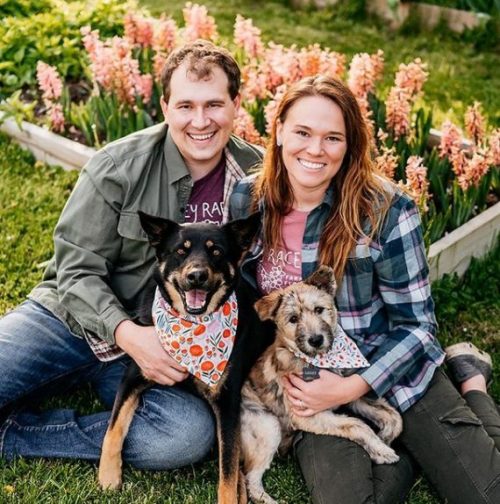 Thus, with her heart broken and her eyes filled with tears from the sadness of an impending farewell, Lenny’s former caregiver had to make the difficult decision to let him go to a new family to adopt and care for him.

“I knew that the beautiful dog that I loved so much would be better off with a new family that could shower him with love 24 hours a day, 7 days a week,” added the young animalist. 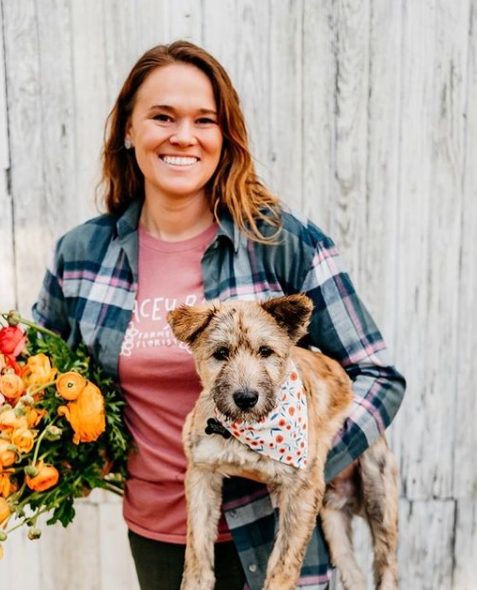 One day Matt and his partner, Tracey , an American duo who contacted her to find the possibility of adding a new heart and a new soul to their family. Right away, she knew they were the right people. 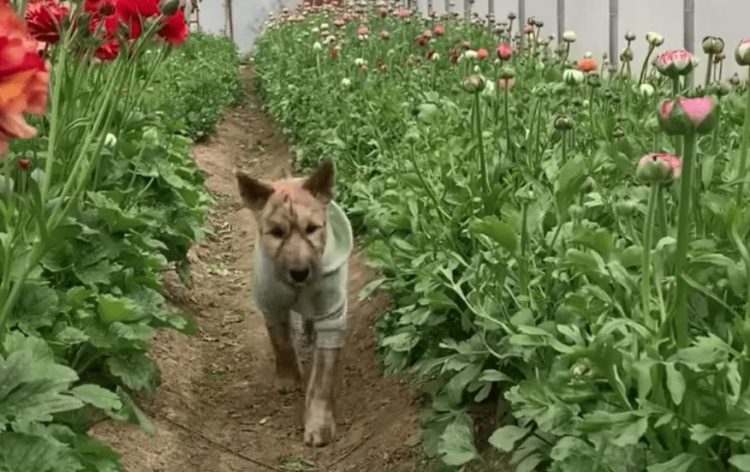 That’s how Matt and Tracey Rae adopted the canine , who also suffered from alopecia once. Both lived in a huge farm overrun with flowers and wanted to share it with a partner.