Simba and Mufasa from real life: this cub hugs his father just like in the iconic scene from The Lion King An adorable puppy was photographed giving his father a hug as in the iconic scene of The Lion King, the emotional image went viral on social networks.

It was taken in Kenya, Africa She was photographed by Sabine Bernet, an adventurer who was documenting the country’s wildlife to illustrate a children’s book.

The puppy brought out the most emotional side of his father The contrast between the majesty and strength of the male with his kindness and delicacy in treating the puppy is the most beautiful thing about the photographs.

The male tenderly embraced his son Father and son played while dawn 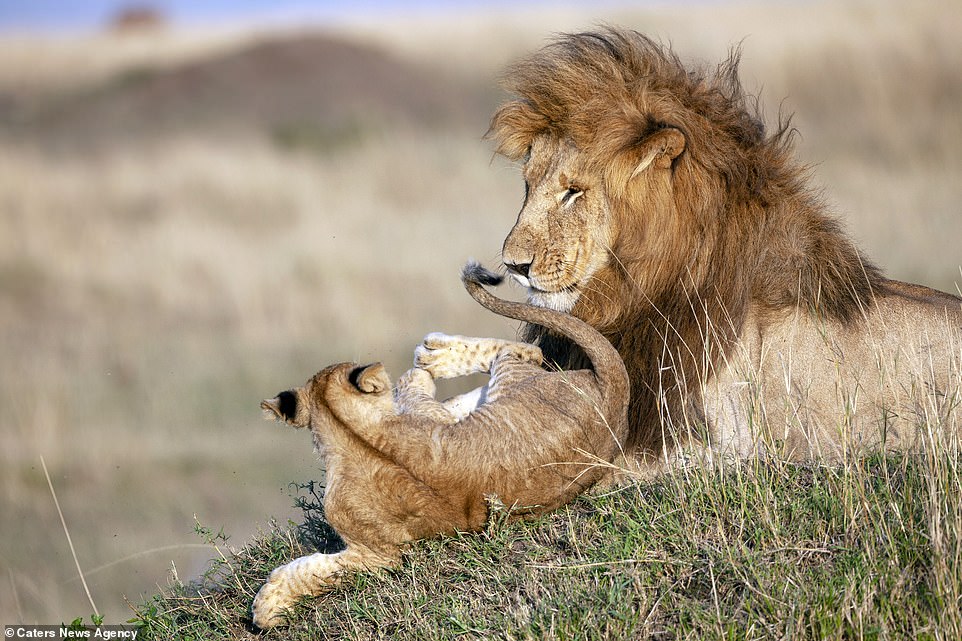