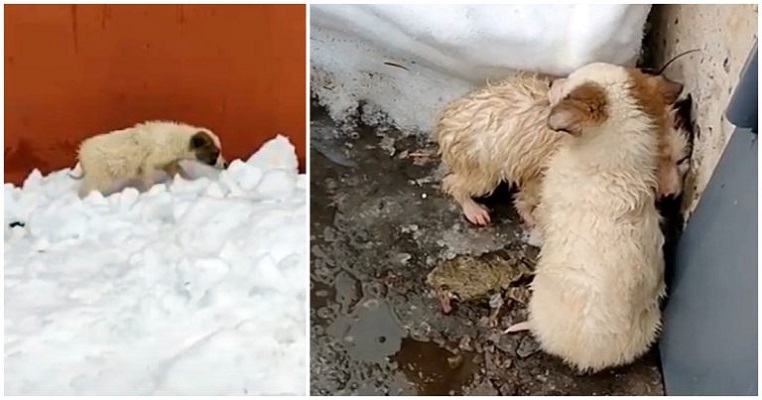 This man loves dogs so much that he is always out and about, searching for dogs who were abandoned or in need of help, writes ilovemydogsomuch

One day, he stumbled upon two puppies who were dumped and left to die in the freezing snow. The two tiny pups huddled up against each other, desperately trying to stay warm.

They were standing in the snow and ice, soaking wet and trembling because of how cold they were. 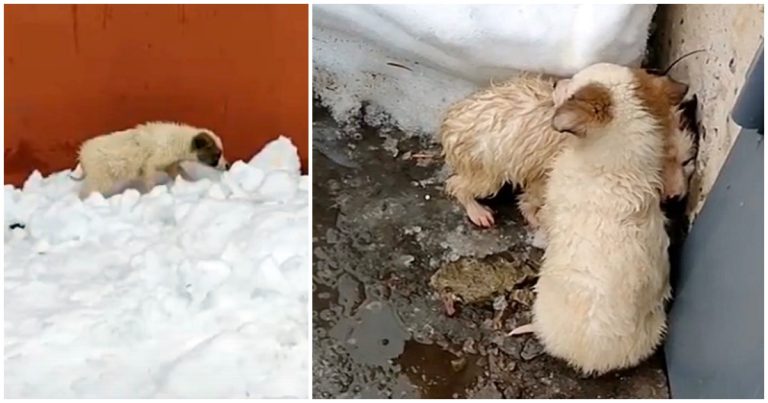 As the man approached them, they evaded him since they were very timid. But the man knew he couldn’t just leave them there, otherwise they would’ve eventually died of hypothermia, so he didn’t give up.

Once he finally caught them, he wrapped them in blankets to warm them up and brought them home. He gave them a much-needed warm bath and died them.

The little puppies who were once miserable and sopping wet, were now clean and fluffy happy pups. 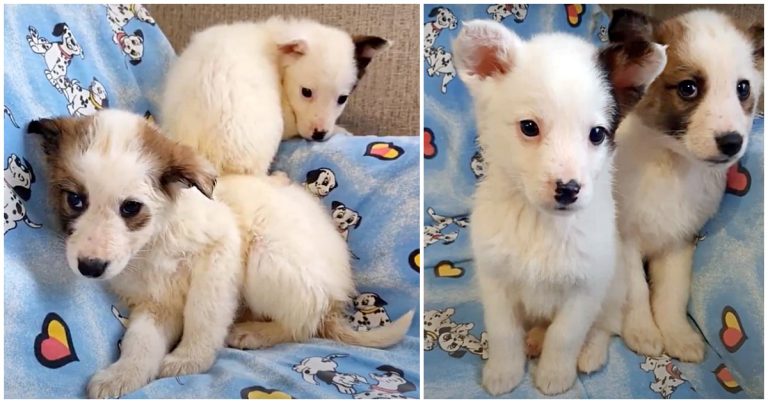 Now that they were safe, their entire demeanor changed. They were no longer scared, rather now they sought attention and affection.

The man will soon take the pups to the vet for a check-up, but in the meantime he will keep them warm and give them the best care!