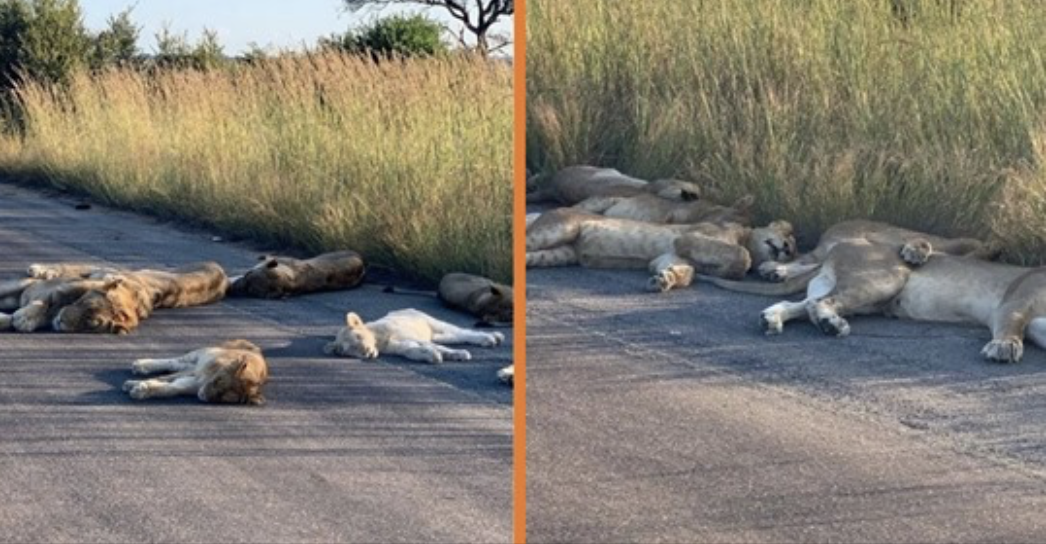 You know how your local cat likes to sleep just about anywhere and everywhere? Apparently the same can be said about wild big cats, just like these lions.

Sooner or later, the animals were going to notice that the humans had disappeared and in South Africa’s Kruger National Park lions have taken advantage.

It was South Africa’s Kruger National Park’s park ranger Richard Sowry who first spotted the tigers napping on the roads.

Big cats would usually only be seen by rangers on the roads by night.

How were the pictures taken?

As a ranger in one of Africa’s largest game reserves, Mr Sowry performs an essential service and continues to work during the lockdown, checking on the wildlife and guarding against poachers. 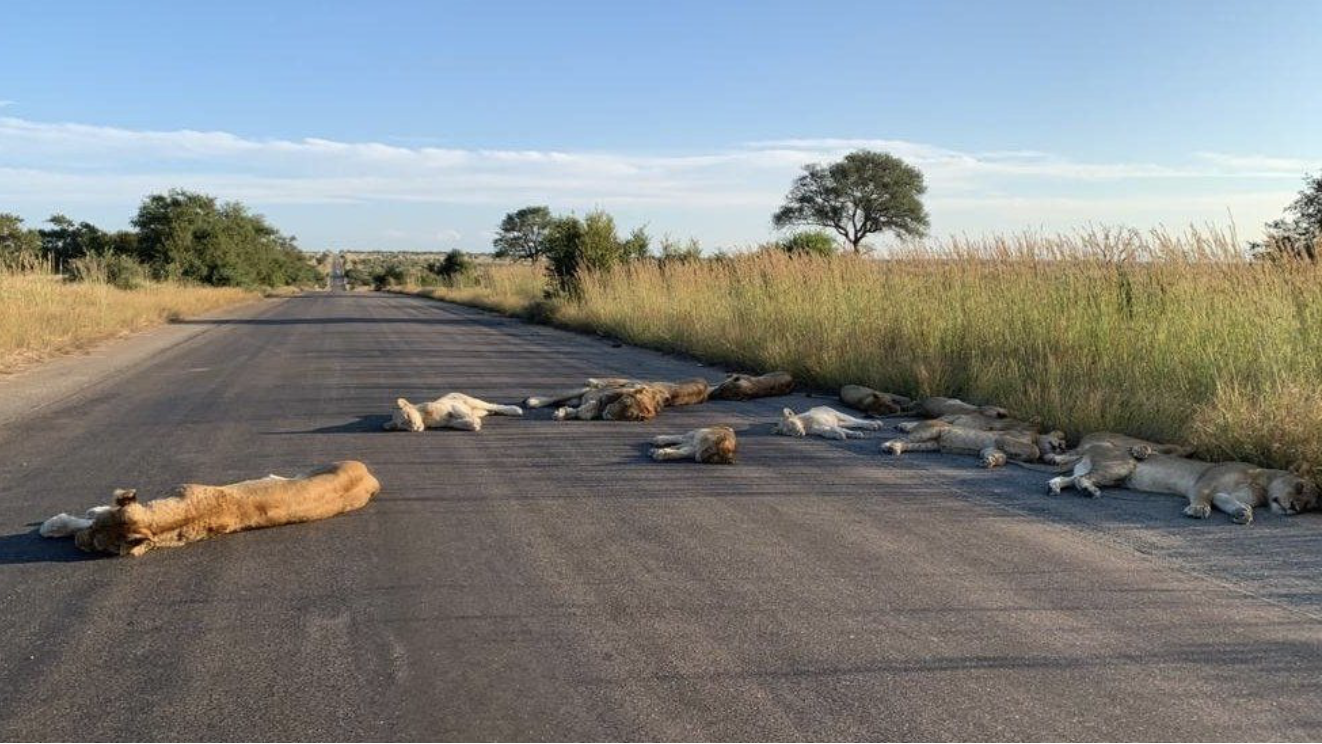 While driving near Orpen Rest Camp on Wednesday afternoon, he spotted the lions on the road ahead and pulled up just five metres (5.5 yards) away to look at the unusual phenomenon.

As he took photos with his mobile phone, the lions did not seem bothered, most of them apparently fast asleep.

“Lions are used to people in vehicles,” he explained. “All animals have much more of an instinctive fear of people on foot, so if I had walked up they would never have allowed me to get so close.” 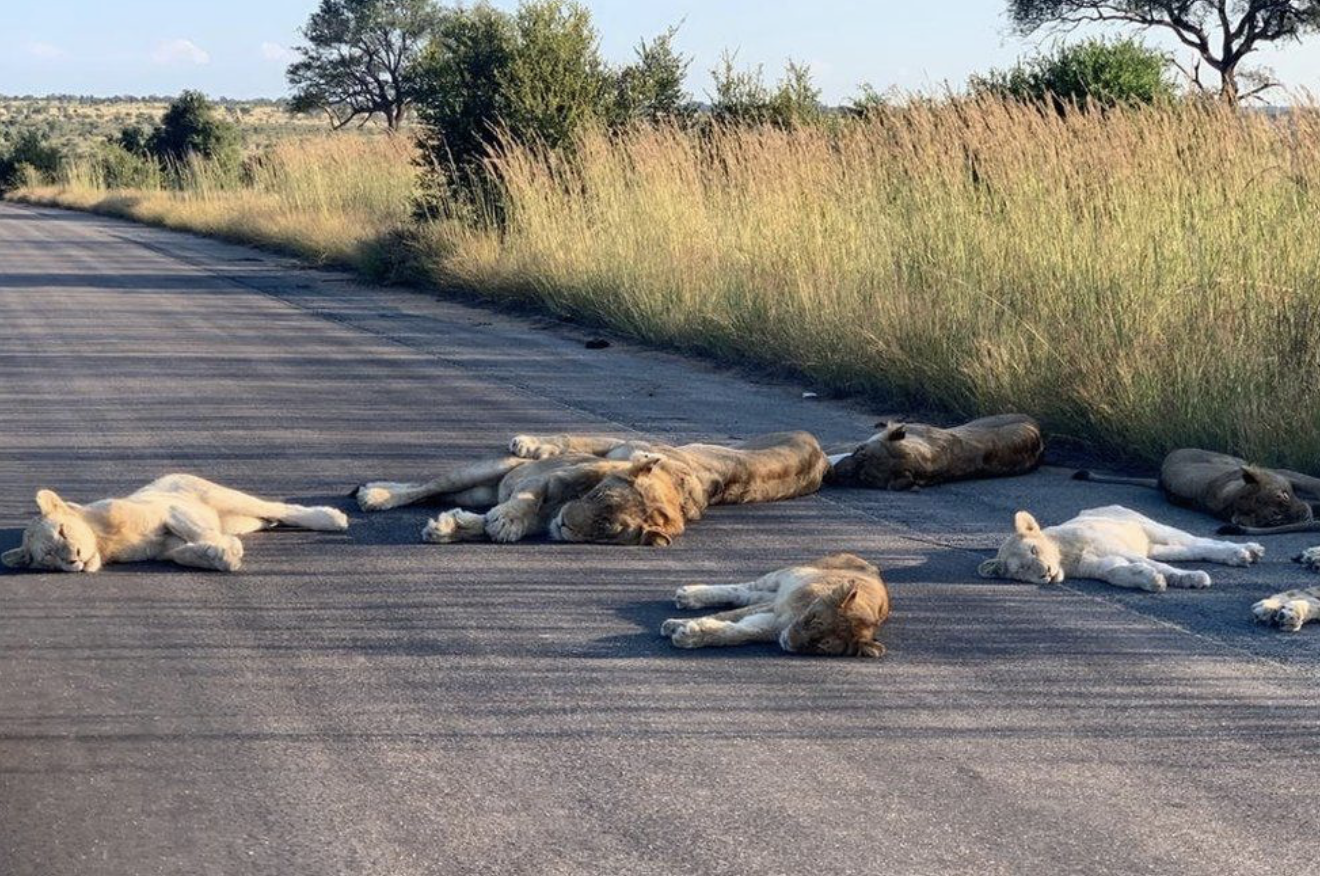 The oldest lioness in the pride is about 14, “which is very old for a lioness”.

While this was certainly a sight to see, there is one little problem, the rangers need to somehow ensure the tigers don’t assume that the roads are going to be safe to sleep on for the rest of their lives.

Eventually, cars will be back to driving on them, and he doesn’t want the tigers to get so used to all this open “land.”

Watch the eeriness of Kruger Park without any humans around:

How is the lockdown affecting the park?

These crazy yet quiet times have seen lions as well as wild dogs venturing onto the golf course in the park, which is usually full of humans, otherwise, Sowry doesn’t believe the lockdown has had a major effect on animals behavior yet.

“Kruger is a very wild place,” he says. “It has been wild and it is still wild.”

He hopes the photos he shared can bring people a slight glimmer of joy in these weird and challenging times.

“These are difficult times for everyone and the intention was to bring people joy,” he says. 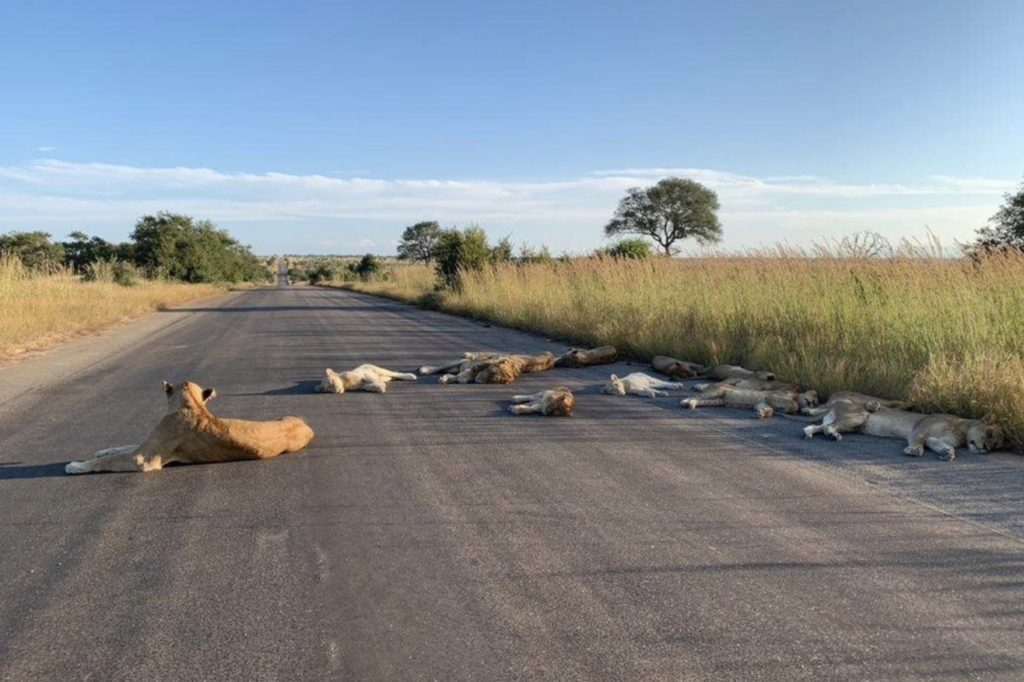 “Everybody realises the importance of the lockdown and the rangers are there to do their normal duties,” says media officer Isaac Phaala. “To maintain the infrastructure takes quite a bit of work so that when the park opens, you don’t start from scratch.”

As for the lions, he adds, “normally they would be in the bushes because of the traffic but they are very smart and now they are enjoying the freedom of the park without us”.

But why anyway, you might ask, would lions prefer tarmac to the softness of grass?

Probably for the simple reason that it had been raining on Tuesday night and, as Mr Phaala explained, “The tar was drier than the grass at the time – big cats and water don’t mix.”